his little speaker plus smart tv, is a great all in one package 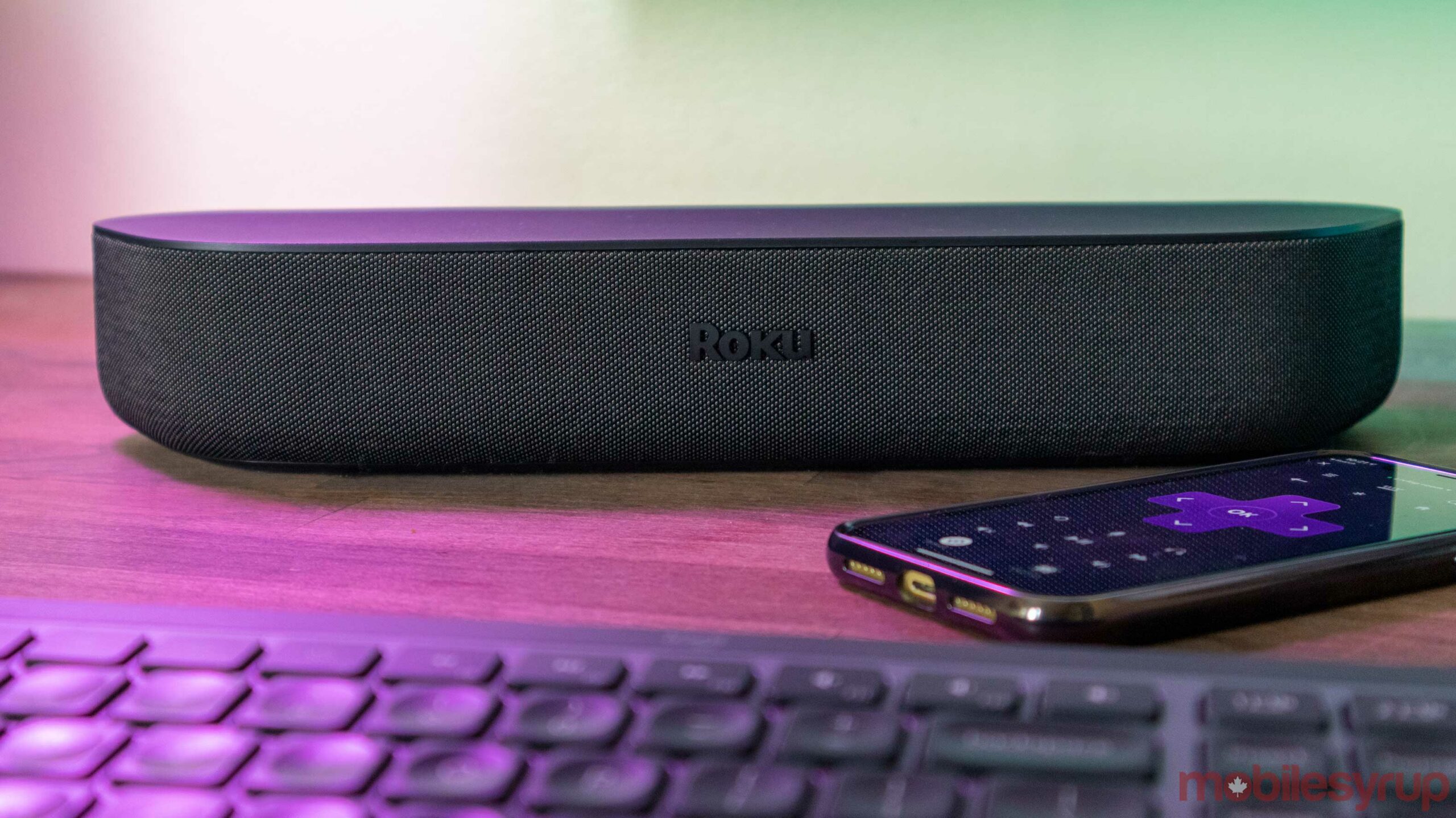 Roku has built the perfect budget streaming device with the Streambar.

While it might not be the best soundbar on the market, its value as a TV sound upgrade is second to none.

The Roku Streambar combines a top of the line 4K capable Roku streaming stick with a tiny soundbar. The idea behind the device is that it’s the perfect all-in-one upgrade for anyone with a non-smart TV.

While most 4K televisions already include some smart functionally and stream apps like Netflix, some still don’t.

A lot of the time, these dumb-TVs are lower-end models with bad rear-facing speakers. So the Roku Streambar tries to solve both of these problems with one simple to use device.

How does it sound? 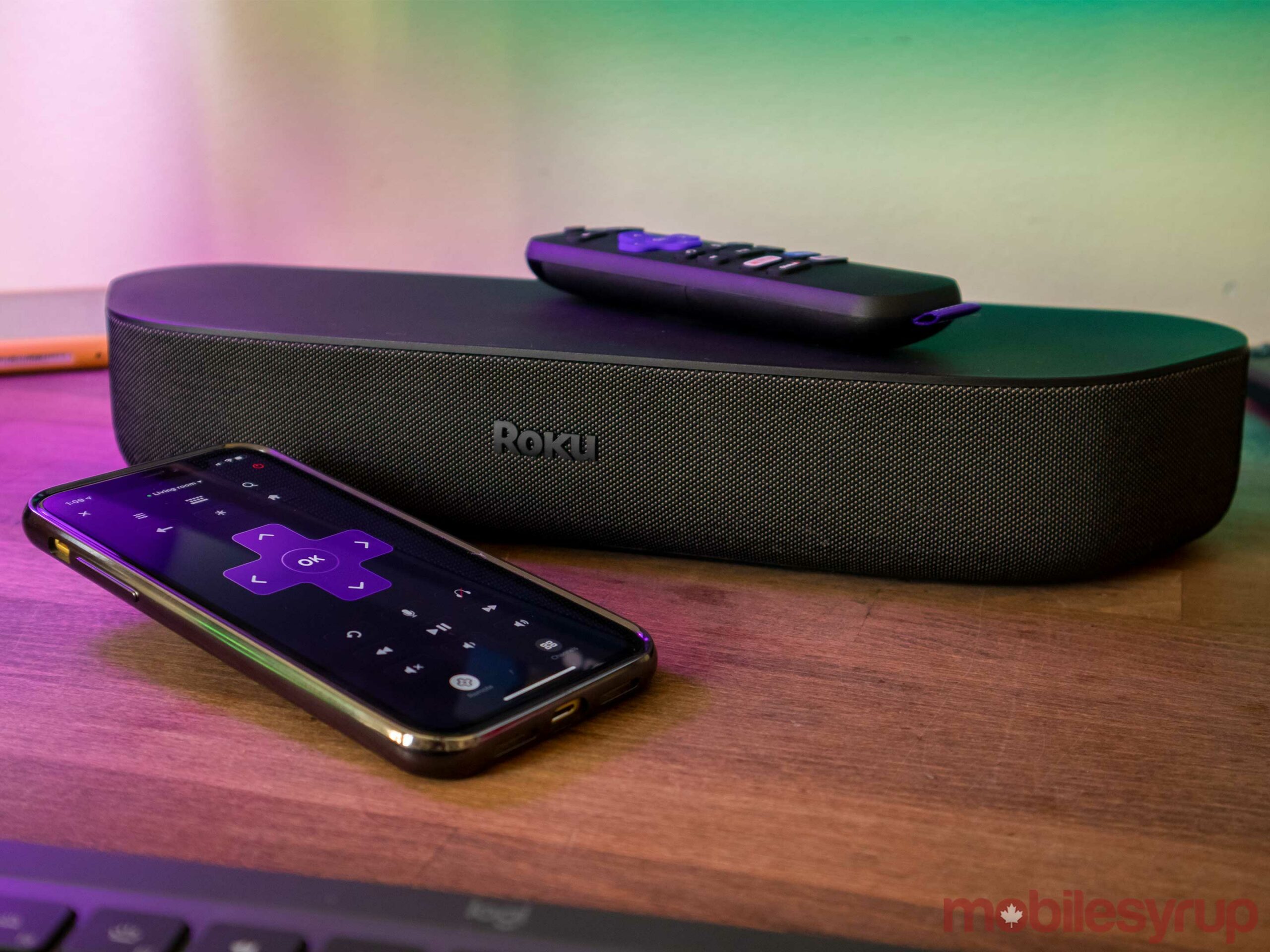 The Roku Streambar offers surprisingly robust sound. While it’s not going to blow anyone away like the Sonos Arc, for just under $200 CAD, it’s enough.

Four speakers are built into the Streambar, including two 1.5-inch full-range drivers that face forward and two more that face outwards to help fill a room with sound.

The sound isn’t crystal clear, but after using it for a while, I got used to the Streambar’s sound profile and found it decent enough. It’s especially great for watching TV at night.

Like a lot of modern soundbars, the Streambar includes a few diverse sound profiles. However, they only work when your watching content via the Streambar. If you have the Streambar plugged in as a regular soundbar, it doesn’t offer these controls unless you’re using a Roku TV. 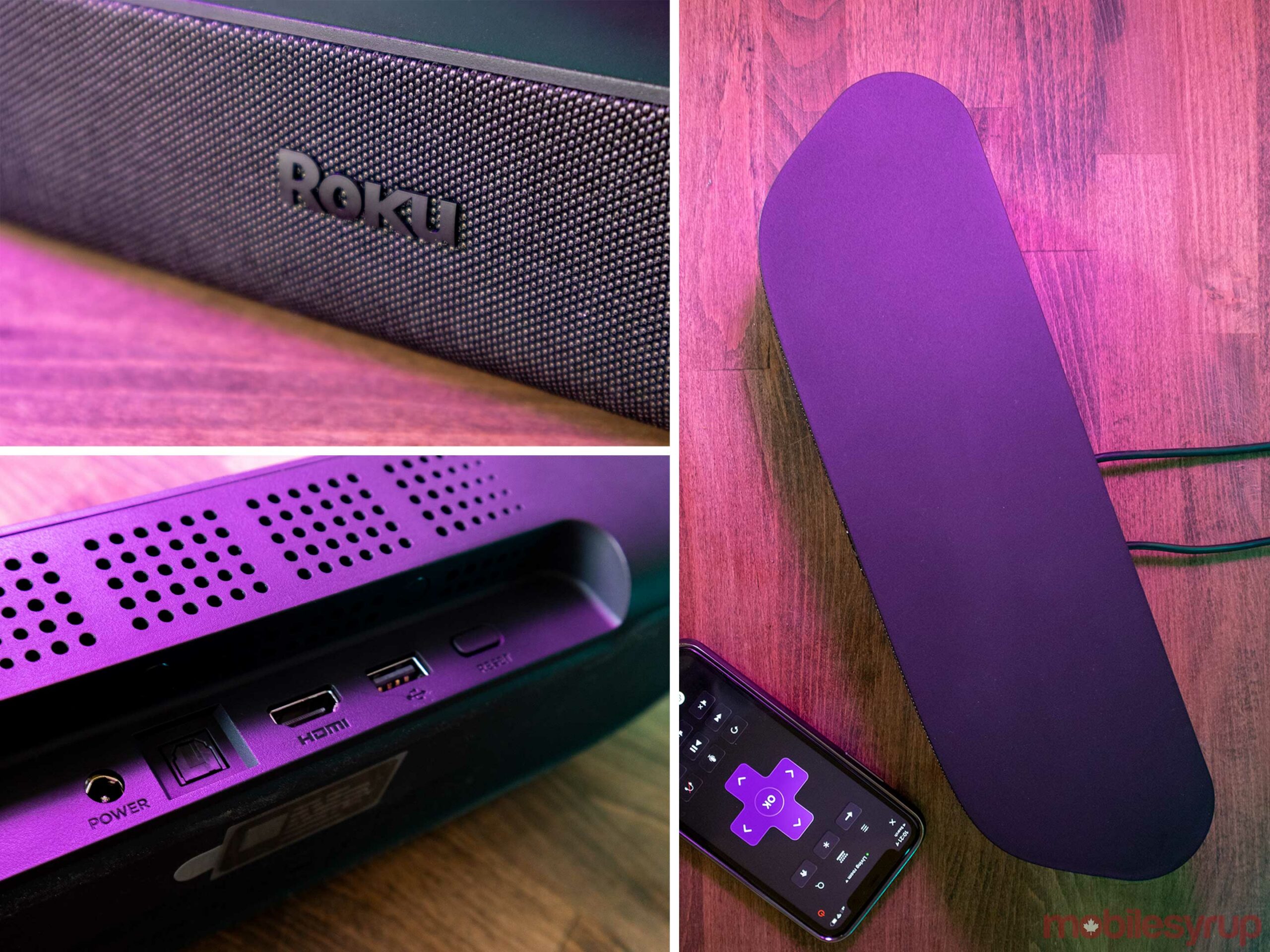 Diving into these controls offers the ability to reduce or remove the sound bar’s bass output. This is also where you find ‘night mode,’ which reduces the volume of loud sounds.

There is also an option to turn on ‘speech clarity.’ this makes it a bit easier to hear what people are saying on screen, and I find it helpful for watching TV at low volumes.

When it boils down to it, the Streambar offers a lot of value and is definitely a lot better than many low-cost TV speakers, but if you’ve got a little extra to spend, it might be worthwhile to look for something with a wider sound profile.

Not to say that the Streambar is bad, but it shouldn’t be looked at as a soundbar replacement and more of an upgrade for cheap TVs with bad speakers.

Roku OS is as trusty as always 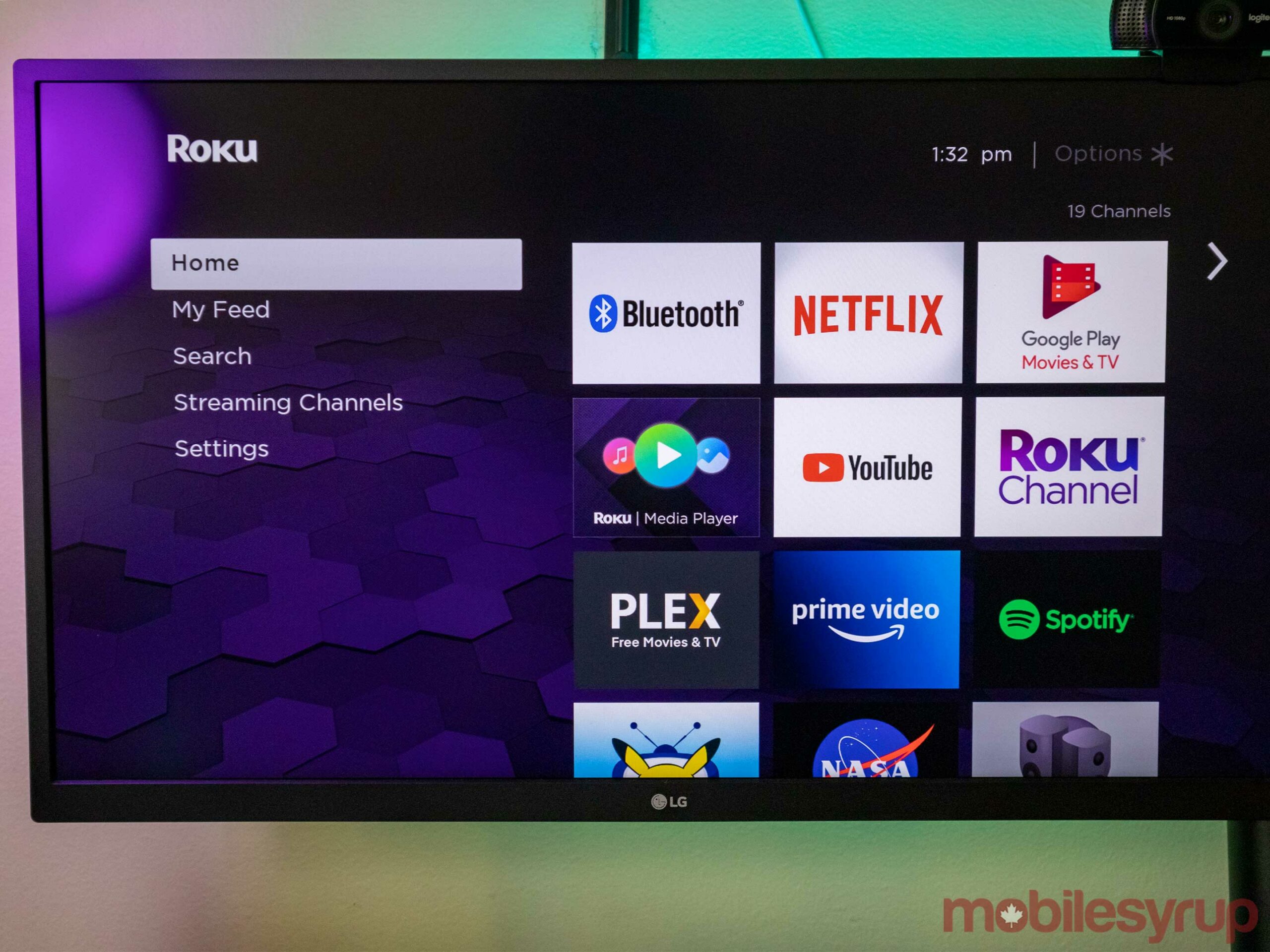 As a streaming device, the Streambar is more than capable and can display content in 4K with HDR10 support. The main user interface is also still the trusty Roku OS.

If you’ve ever used a Roku, then you’ll be very familiar with the streaming giant’s basic but very responsive and fully featured layout.

The new additions to Roku OS with the Streambar include the option to connect your phone or computer as a Bluetooth audio source. There’s even a USB port on the back of the device so that you can play media that way as well. It also supports a variety of formats including .JPG, .MKV, .MOV and more. 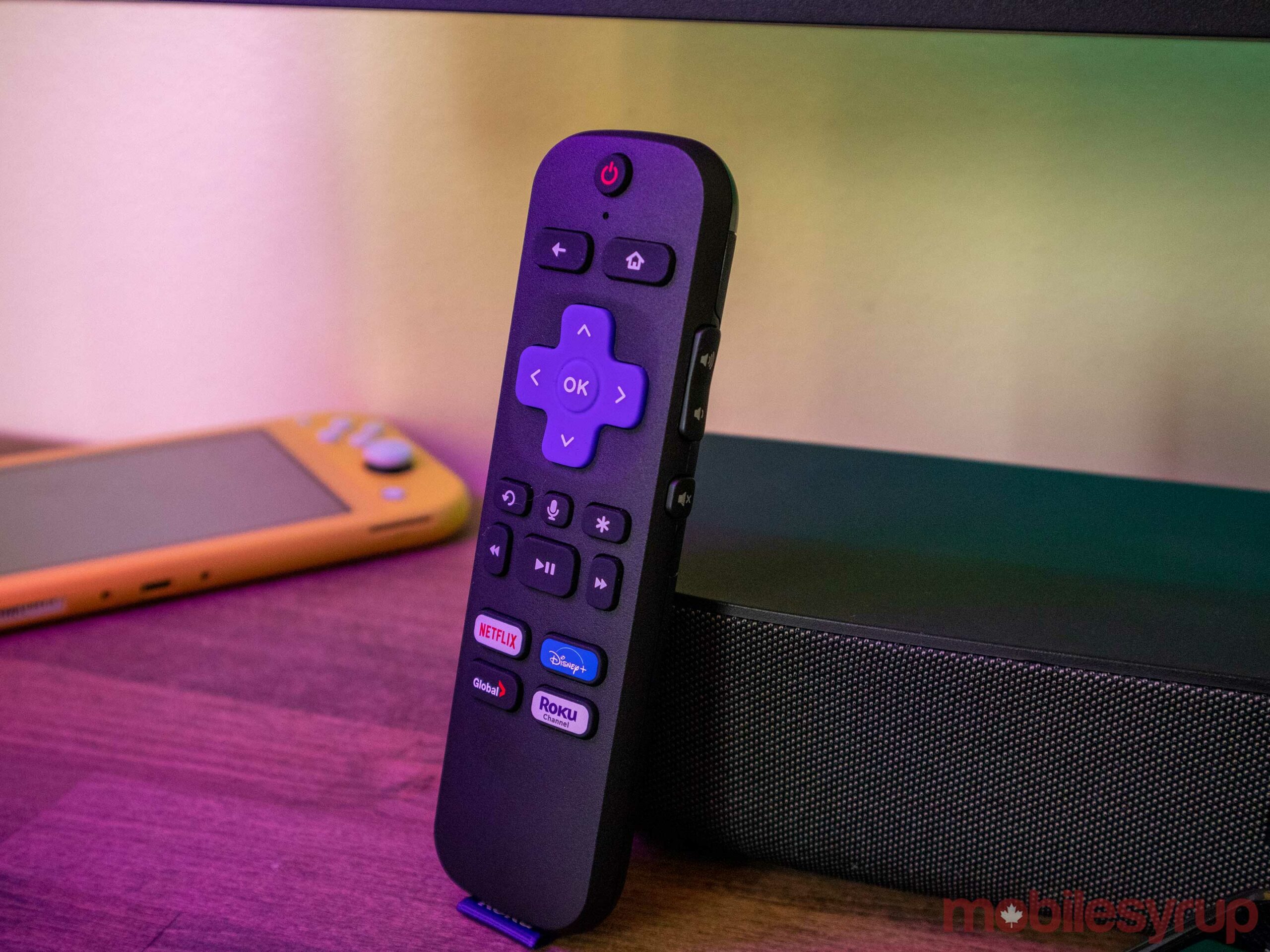 The device comes with the standard Roku remote, and it’s one of the better ones. It includes hotkeys for Netflix, Disney+, the Roku Channel and Global TV. While I get that these buttons are essentially ad space that Roku sells, it would be nice for the company to add one or two more that can be user-customized.

Overall, there isn’t much more to add here. The Streambar supports fairly high streaming video codecs, but it doesn’t really matter because the device is aimed at more low-end sets. However, HDR10 is still a good way to help future-proof the Streambar as Roku anticipates 4K HDR TV sets getting cheaper over time.

Who is this for

When it comes down to it, the Roku Streambar offers great value coming in at $189. It packs a great 4K streaming device with a pretty robust little speaker.

While the speaker isn’t the best out there, it still offers decent value and audio control for its low price. The simple fact that it maintains clarity at loud and quiet volumes and faces forward instead of backwards like some low-end TV speakers is a significant plus for this budget streaming device-soundbar combo device.

If you have a lower-end TV that you want to add smart features to and increase its sound quality, the Streambar is likely the perfect device for that purpose. That said, if you already have a smart TV and think your TV speakers are passable, you probably won’t gain much from Roku’s Streambar.