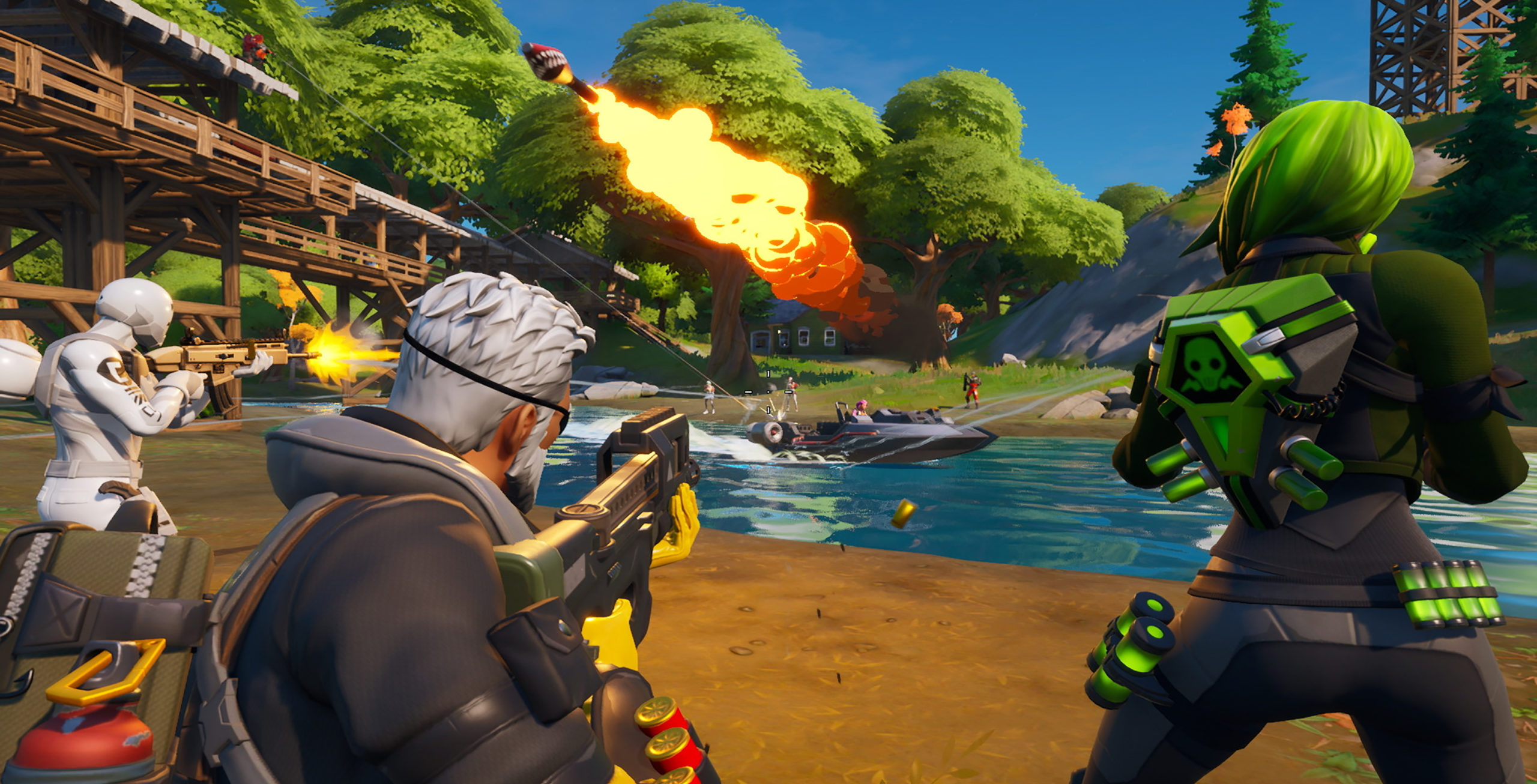 Update 08/13/2020 at 3:06pm: In response to Epic’s implementation of direct payments in Fortnite, Apple removed the game from the App Store. Bloomberg’s Mark Gurman spotted the removal. You can read the full details here. Fortnite remains available on the Google Play Store.

Epic Games, the developer behind the massively popular battle royale game Fortnite, announced a new ‘mega drop’ with permanent discounts on the game’s currency. However, there’s a small catch for mobile players.

In a blog post, Epic outlined the mega drop change coming to ‘V-Bucks,’ the in-game currency Fortnite players can purchase with real money and spend on cosmetics and other game items. Epic’s mega drop permanently reduces the cost of V-Bucks by 20 percent across PC and console.

On mobile, things look different. Epic introduced a new direct payment option to Fortnite on both iOS and Android. The new direct payment method includes the 20 percent discount. However, the App Store and Play Store in-app purchase model still exists at the regular price. Those who use Epic’s direct option can choose either a credit card or PayPal for processing the payment.

“Currently, when using Apple and Google payment options, Apple and Google collect a 30% fee, and the up to 20% price drop does not apply. If Apple or Google lower their fees on payments in the future, Epic will pass along the savings to you,” Epic said in the blog post.

It’s also worth noting that Epic doesn’t support direct payments in every country yet. There’s a full list of which countries Epic does and does not support available (Canada is among the supported countries). Moreover, Epic noted in the blog post that the 20 percent discount is available through the Samsung Galaxy Store on Android.

Epic’s move towards direct payments comes as part of its fight against Apple and Google’s app store fees. Both companies offer in-app purchase systems and collect 30 percent of all payments made through these systems. Many companies have taken issue with the app store fees and the practice is at the centre of several recent controversies.

While it may seem like Epic broke some kind of app store rule by offering its own direct payment method, the developer points out in a FAQ that “thousands of apps on the App Store approved by Apple accept direct payments.” Specifically, Epic points out Amazon, Grubhub, Nike, Best Buy, DoorDash, McDonald’s, Uber, Lyft and others.

“We think all developers should be free to support direct payments in all apps,” Epic says in the FAQ. The company goes on to explain that the new payment method on mobile is just as safe as going through Apple or Google’s system since Epic already handles payments for the Epic Games Store and Fortnite on PC.

Epic’s direct payment move could ripple through the app market

Perhaps the cheekiest part of Epic’s payment change is that the company directly challenged Apple and Google to lower their fees for in-app purchases, promising to “pass along the savings” to customers. In other words, Epic wants Google and Apple to drop their 30 percent fee to 10 percent — a not insignificant amount, especially for a game with as much scale as Fortnite.

While the move could lead Apple or Google to ban Fortnite, the two tech giants seem to be in the weaker negotiating position. If they ban Fortnite, one of the most popular games in the world, the backlash would be immense. If they don’t reduce the app store fees, Apple and Google risk making nothing from future in-app Fortnite purchases.

And perhaps the most intriguing part of the whole situation is what happens if Epic succeeds in getting Apple or Google to lower the fee. Apple has argued that the 30 percent fee is a ‘standard’ in the market — a market it shares almost exclusively with Google. If one of the two cave, the argument for the other to maintain the 30 percent fee loses strength. Further, if they reduce the fees for Fortnite, it potentially gives all developers leverage over the tech giants.

Source: Epic Via: The Verge