The average cost of a data breach is on the rise in Canada, according to IBM’s new ‘Cost of a Data Breach’ report released on July 29th.

The report reveals that Canada placed third behind the Middle East and the United States, recording the third-highest average data breach cost at $6.35 million CAD. This figure is a 6.7 percent increase from 2019.

Forty-two percent of Canadian data breaches are caused by malicious attacks, according to the report. Thirty-five percent are due to a system glitch, while 23 percent are from human error. 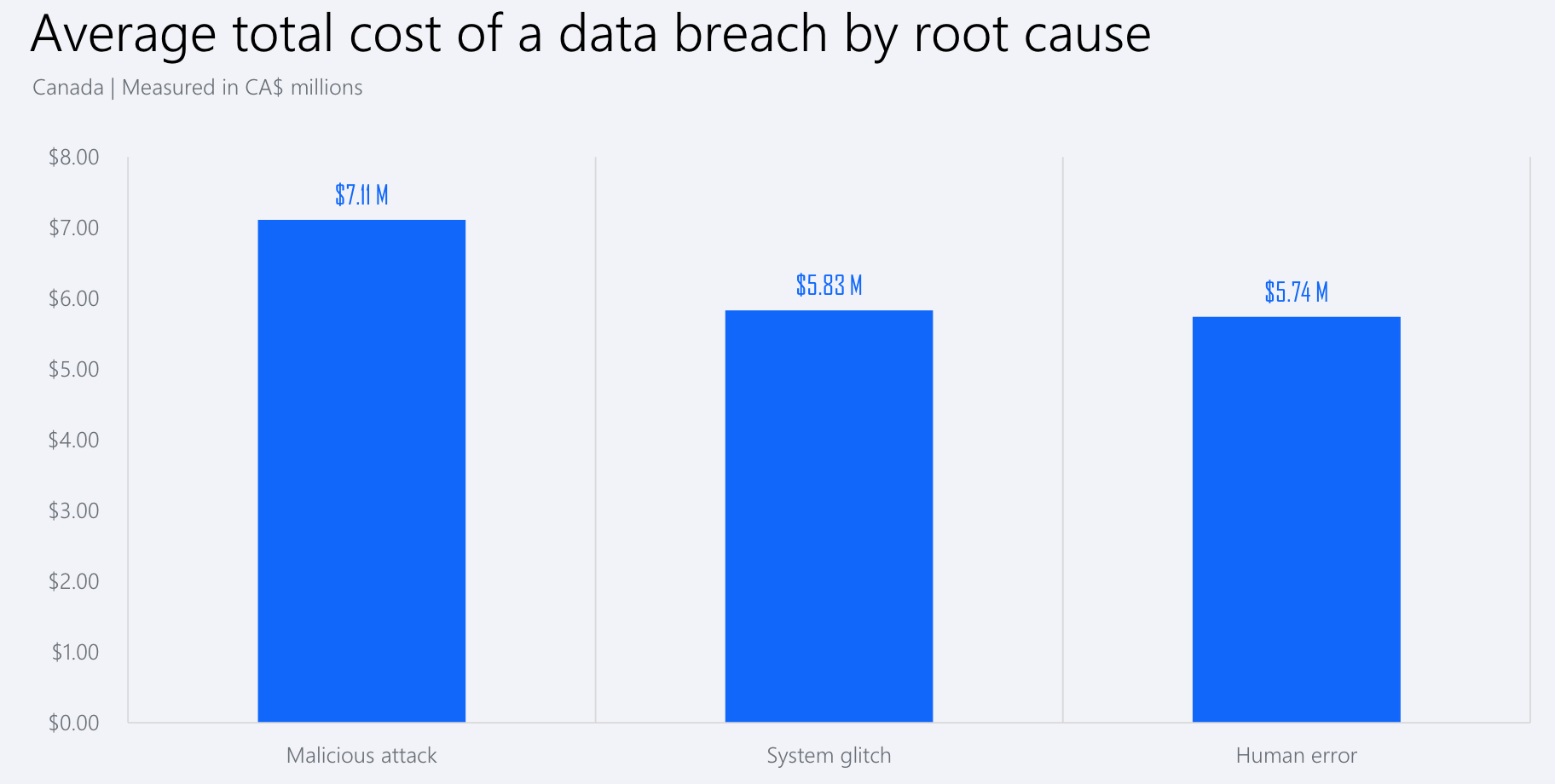 A breach caused by human error averages $5.74 million. Further, the cost per lost or stolen records in 2020 is $269, which is a 7.2 percent increase from last year.

IBM notes that 80 percent of the breaches studied resulted in the compromise of customers’ personally identifiable information (PII), which made up the most expensive type of compromised record, exceeding IP and employee PII.

IBM notes that a total of 26 companies participated in the 2020 study, and that it looks at six years of historical data.