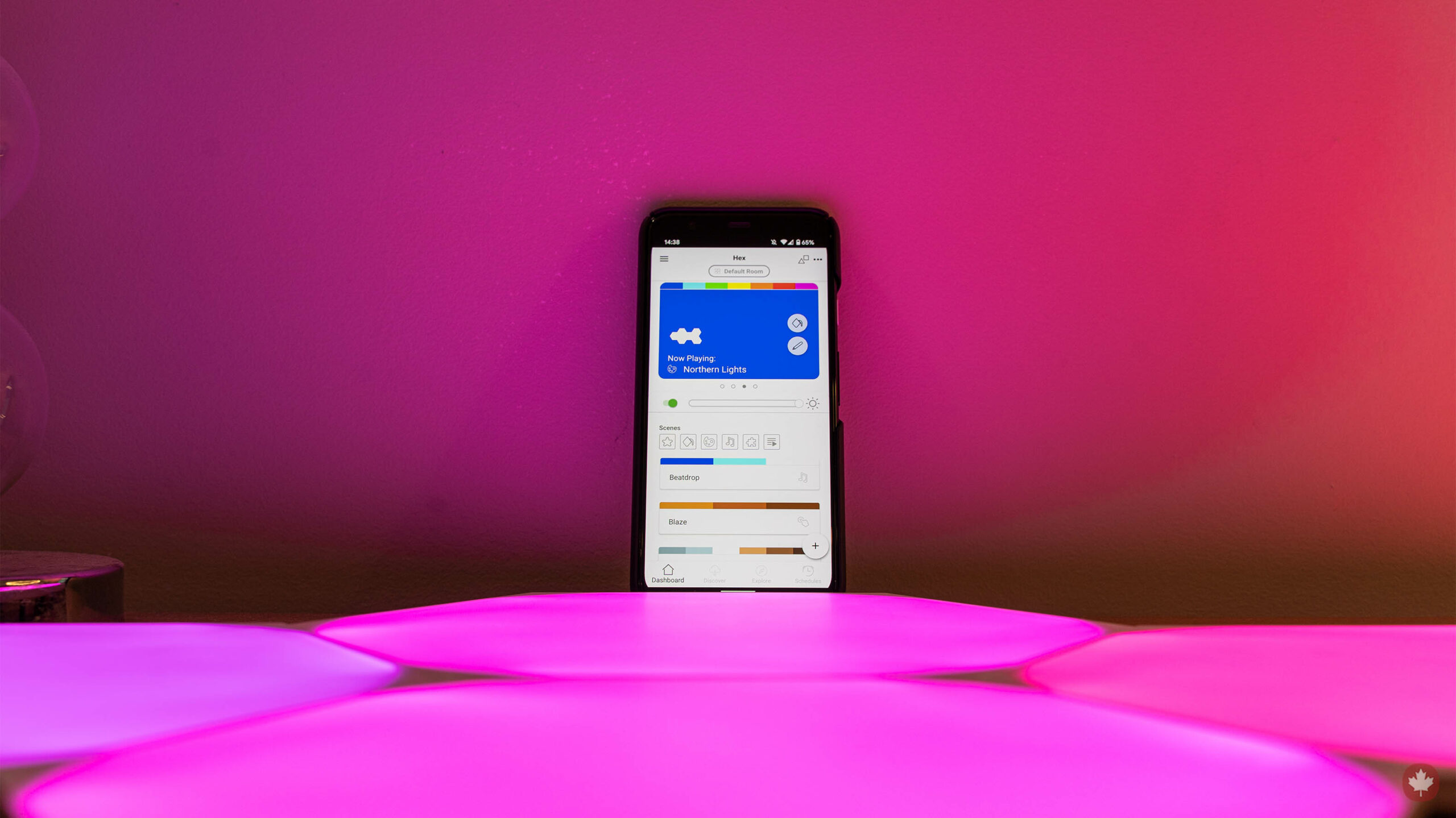 Toronto-based Nanoleaf has expanded its smart light solutions with a fun new shape.

Customers now have three options to choose from when looking for smart light panels; triangles, squares and hexagons — or ‘Shapes Hexagons,’ as Nanoleaf calls them. Although Shapes offer the same basic functionality as the company’s square-shaped ‘Canvas’ light panels, I found Shapes to be the ultimate realization of Nanoleaf’s vision.

Nanoleaf provided me with Shapes Hexagons samples to test out after spending some time with the company’s older Canvas and triangular ‘Light Panels.’ You can read more about those here. I found that Canvas offered some exciting options when it came to creating unique lighting layouts above and beyond the triangular Light Panels, but Shapes felt even more flexible. 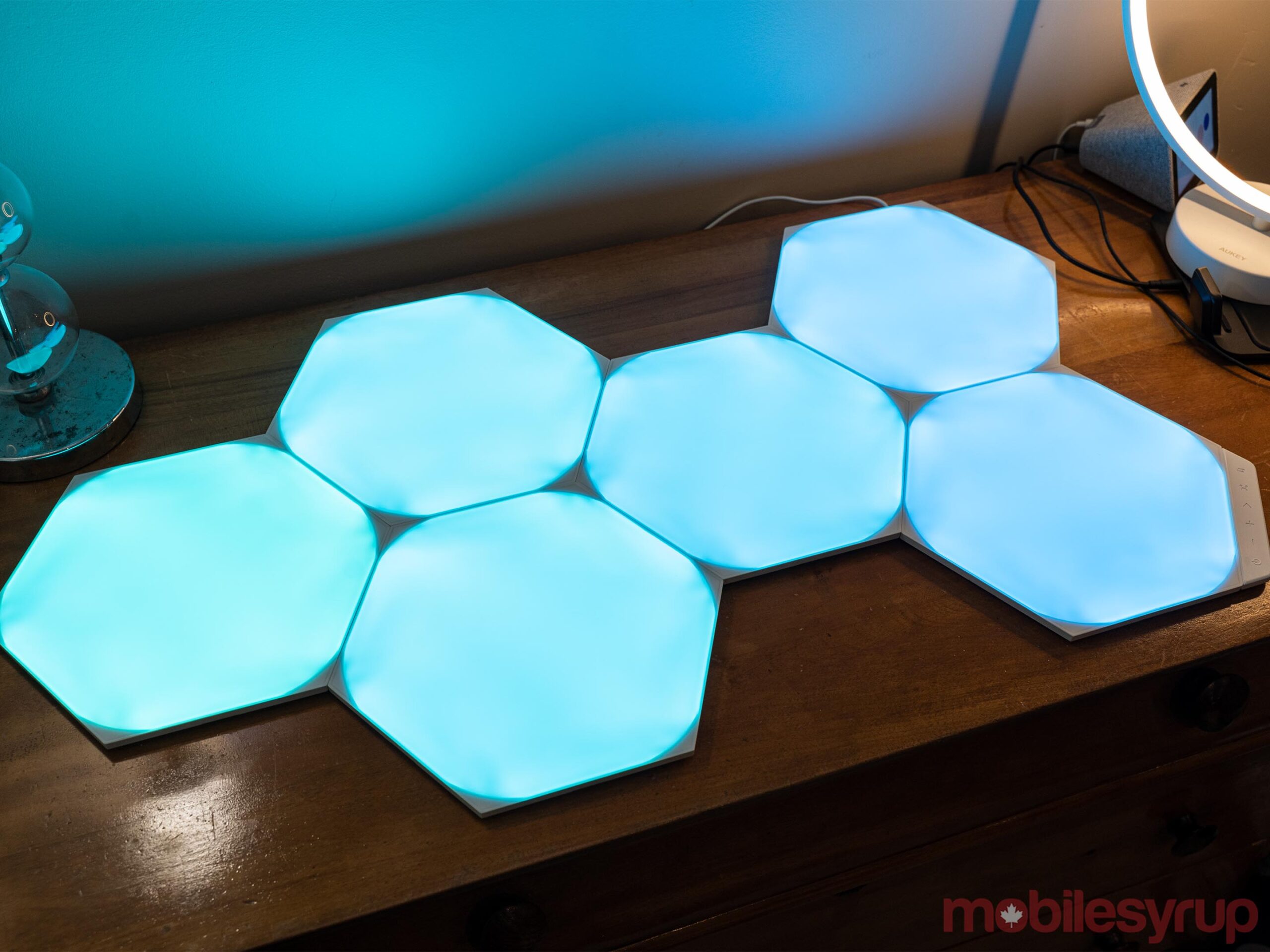 However, what stands out most about Shapes aren’t the hexagonal panels, but the smaller improvements to the overall design. The panels themselves are just as capable as the others — all three models can produce over 16 million colours, offer 25,000 hours of use and 100 lumens of visible light (save the Canvas, which max out at 44).

In fact, on the tech side of things, there’s nothing significantly different about Shapes than the others, which is partially why the little details shine through. 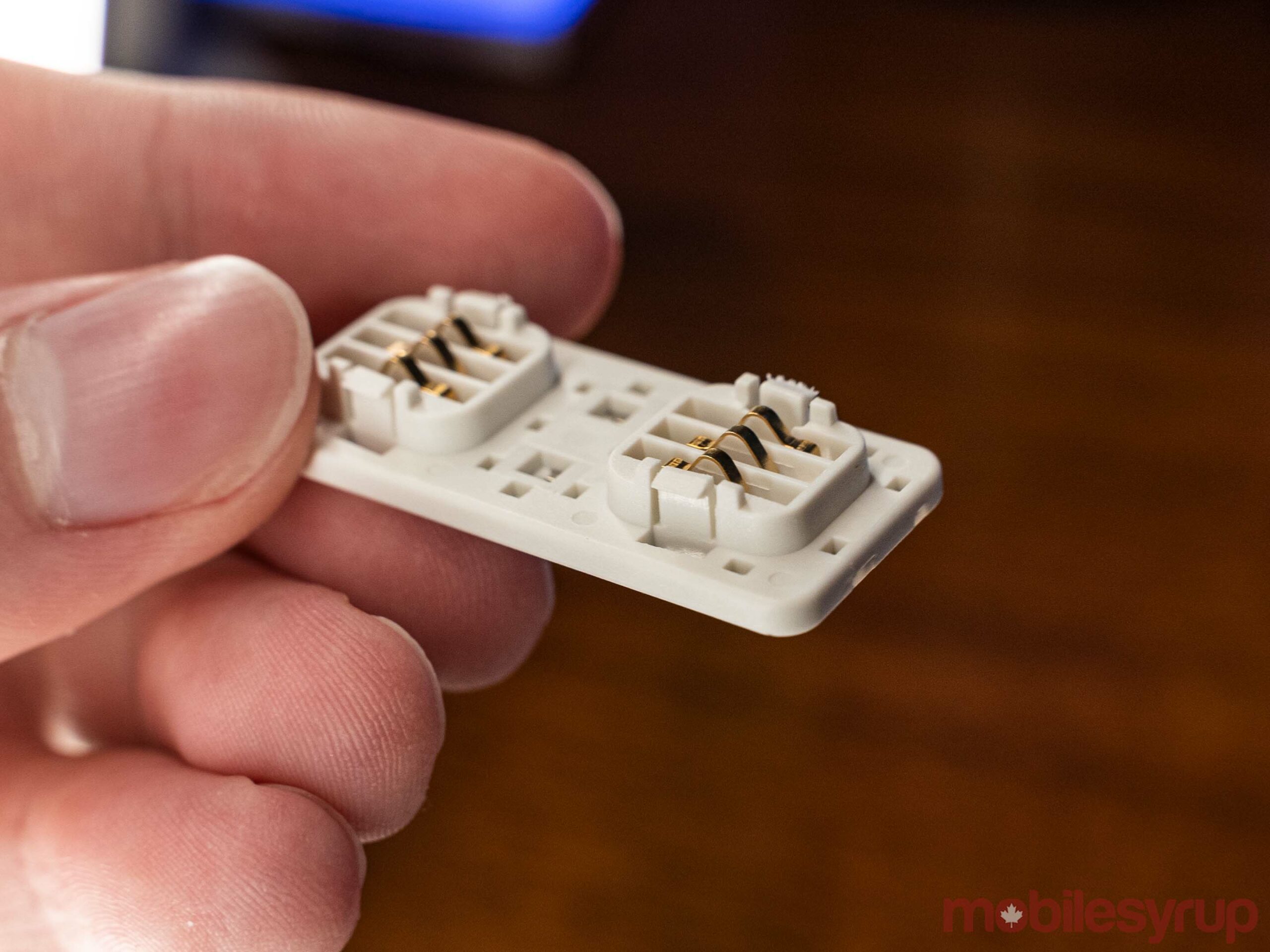 First and foremost, Nanoleaf redesigned the mechanism for connecting the shapes. Both the Canvas and Light Panels used a small piece of plastic with metal contacts — something almost like a long SIM card — to connect the panels together.

These connectors worked and had the benefit of being extremely simple, but they weren’t overly secure. Further, they made the wall mounting process somewhat tricky since the connectors didn’t hold the panels together.

Shapes, however, sport a new connector that clips into the panel securely. Thanks to the clip, the panels feel like they attach more securely, and it makes the process of wall mounting easier. 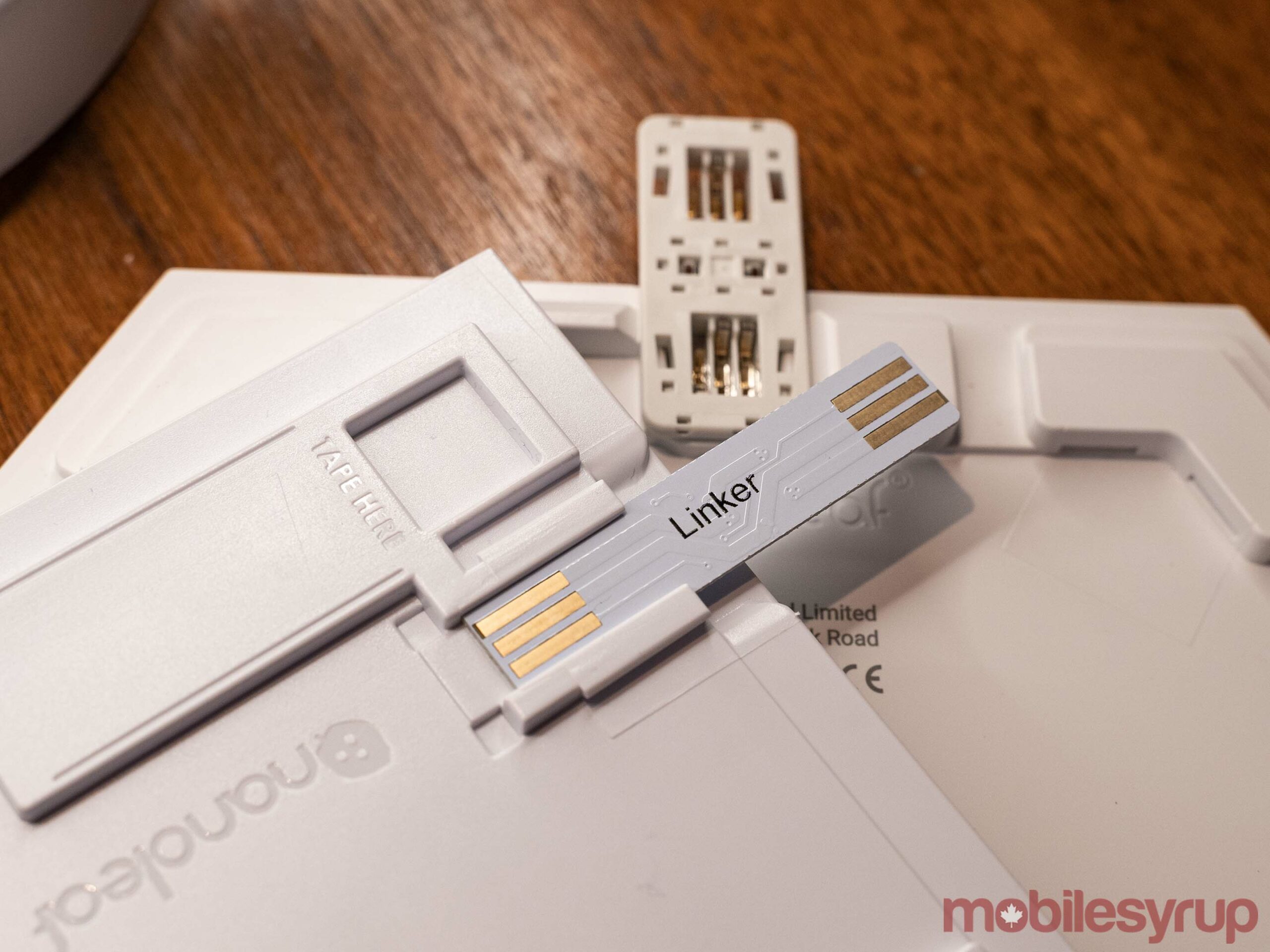 Interestingly, Nanoleaf’s website says the Shapes use what it calls ‘Connect+.’ Based on the company’s descriptions, it seems we can expect new shapes under the ‘Shapes’ brand. Further, those new shapes will work with the new Shapes Hexagons through the Connect+ system. 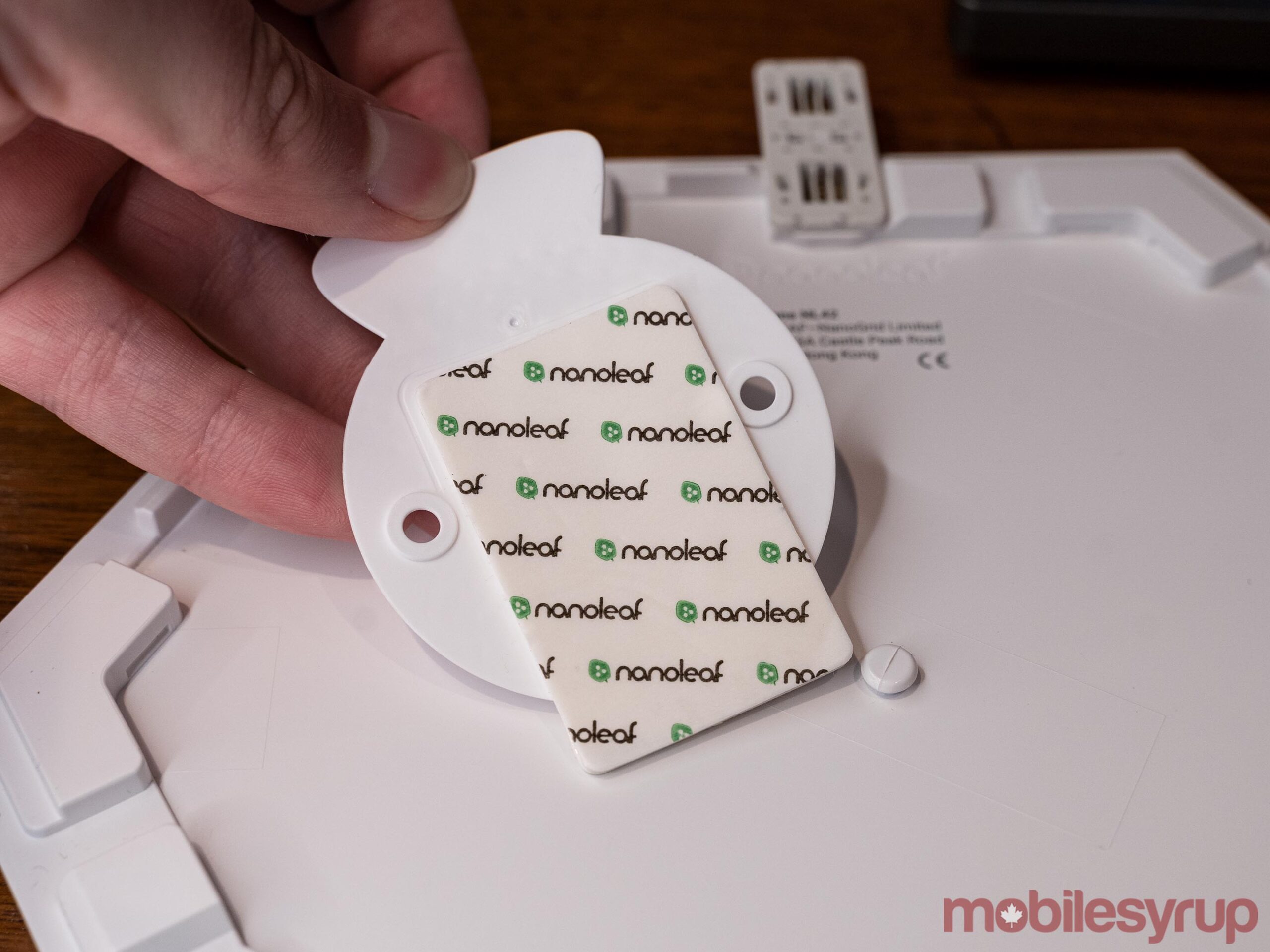 Another thoughtful addition that improves mounting is the new removable plastic backing. With the Light Panels and Canvas, Nanoleaf included special sticky pads for mounting the panels on a wall. The process was a bit frustrating and required some planning to get right.

Hexagons improve this by providing a plastic mounting plate on the back of the panel. With Hexagons, I just had to peel the pad and stick the panel where I wanted on the wall. Later, I could easily remove it by gently pulling the Shape panel off the mounting plate and removing the sticky pad with the equipped pull tag.

It’s worth noting that outside of experimenting with the new backing plate, I opted not to wall-mount my panels since I will need to move them in the future.

Controller with the best of both worlds 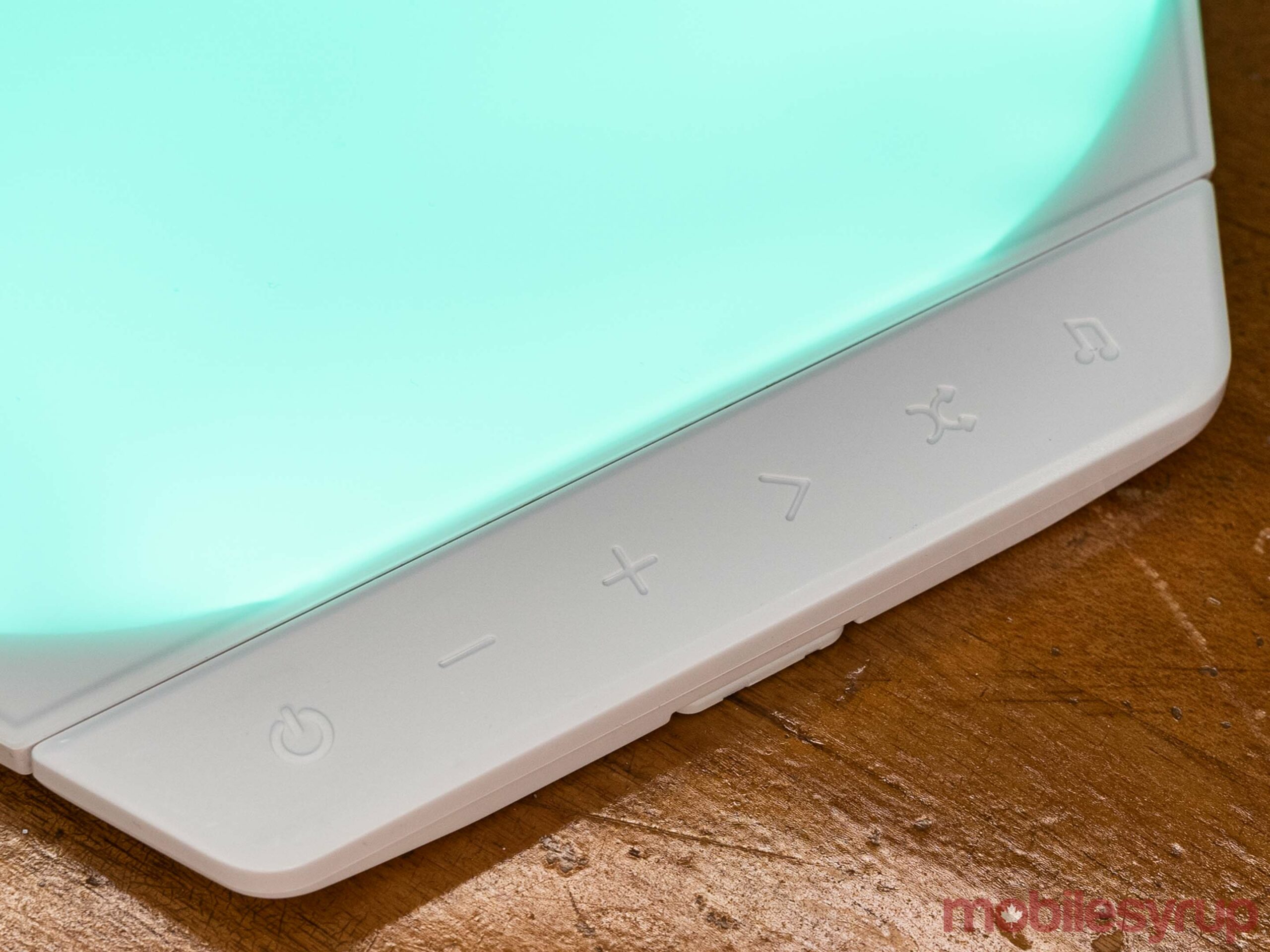 Another improvement Nanoleaf added to the Hexagons is the new ‘Controller.’ Shapes combine the best parts of both the Light Panels and Canvas approaches to the Controller, a central hub for turning the panels on or off, adjusting brightness and other settings.

The Light Panels offered a single Controller unit that users must connect to one of the panels — it doesn’t matter which. The Controller has a power button, toggle button to cycle lighting modes and brightness, and a Wi-Fi status indicator. Additionally, the Controller connects to the wall and acts as the power source for the panels.

While it works, the limited options and buttons make the Controller not ideal, and because of the power cable, you had to think about positioning to make sure you could reach the buttons. 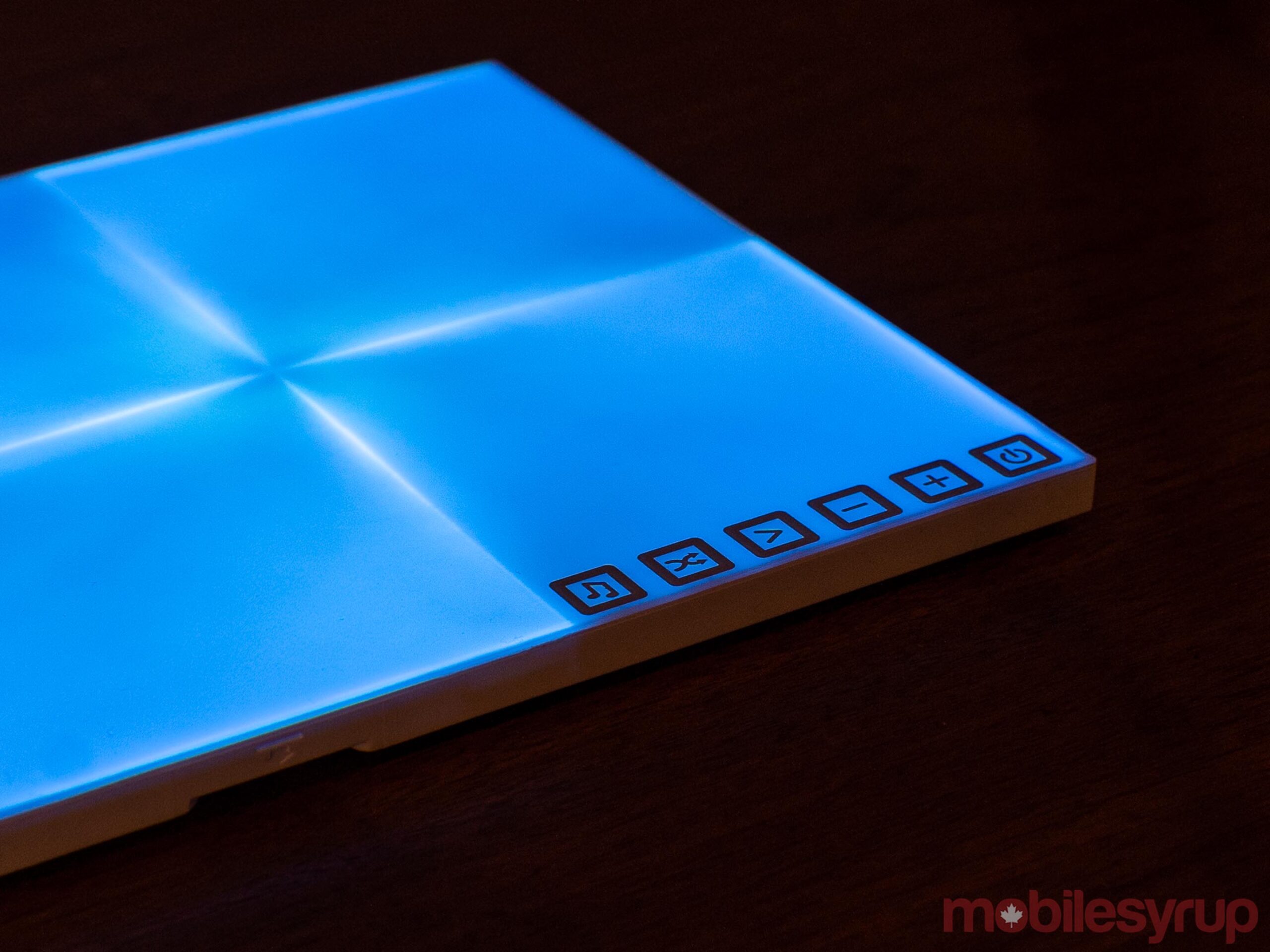 Canvas attempted to solve this problem by making one of the panels the Controller. I liked how Canvas implemented the Controller since it allowed you to position the main panel where you wanted and still connect power anywhere in the chain. Plus, there wasn’t an extra piece floating around.

The only real downside to the Canvas method was that one panel had several touch buttons on its face, which looks odd depending on the panel layout.

Shapes combine these two systems with a separate Controller piece that also isn’t connected to the power cable. Plus, the Shapes Controller has several touch buttons, unlike the Light Panels, which had three.

Shapes are the first step in a future plan 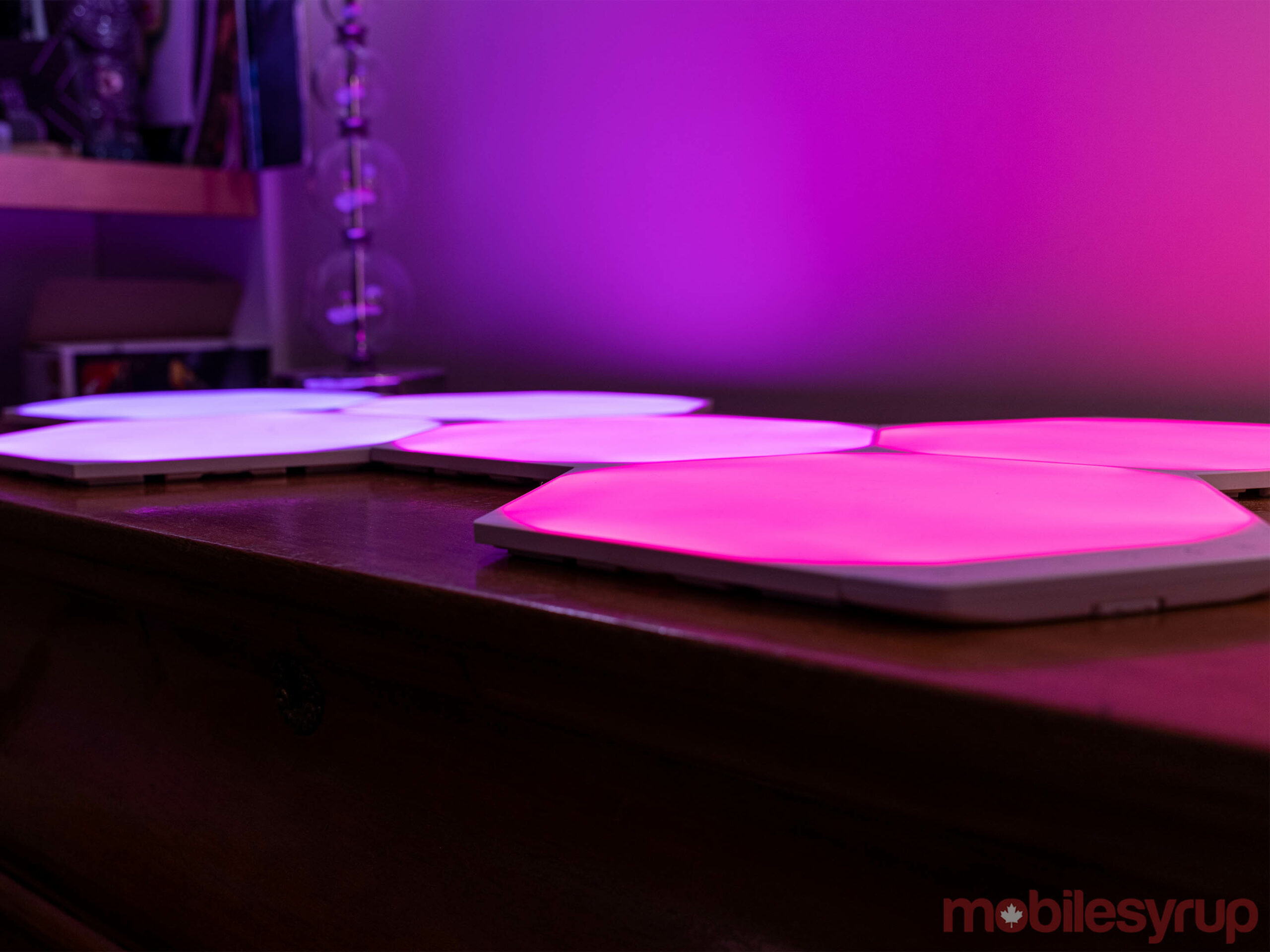 All in all, the Shapes Hexagons represent a step forward for Nanoleaf. Shapes usher in critical, albeit small, improvements to the Nanoleaf formula that make the quality and implementation feel that much better.

Plus, Shapes set the stage for a variety of new, interchangeable panel types. Ultimately, it means customers can happily grow a collection of Nanoleaf panels instead of replacing them whenever a new kit comes out.

At the time of writing, pricing wasn’t available on Nanoleaf’s website as they weren’t officially available (the company has since provided pricing to us). Those interested can join Nanoleaf’s waitlist to learn more about Shapes Hexagons once they become available.

Update 07/29/2020 at 9:53am: Nanoleaf confirmed the Shapes Hexagons pricing to MobileSyrup, which you can see below:

Although that seems quite expensive, compared to the other Nanoleaf light panels, the Shapes Hexagons actually have about the same or lower cost-per-panel depending on which packages you compare.