PSA: if you’re a PlayStation Plus subscriber, Sony might have gifted you $15

Check your PSN messages to see whether you've gotten it

PlayStation is giving some PlayStation Plus subscribers a free $15 CAD PlayStation Store credit in celebration of the service’s 10th anniversary.

On Friday, some PlayStation Plus subscribers began receiving messages on PSN from PlayStation stating the following:

This is particularly noteworthy since Sony didn’t mention a free credit when it detailed its PS Plus 10th anniversary plans earlier this month. At the time, the company only mentioned a third free PS Plus game in July (compared to the usual monthly two) on top of a free downloadable anniversary theme for your PS4.

Now, however, Sony has decided to go even bigger in celebrating the 10-year-old service.

For what it’s worth, I was gifted the credit at around 3pm ET on Friday. Here’s the exact message I received: 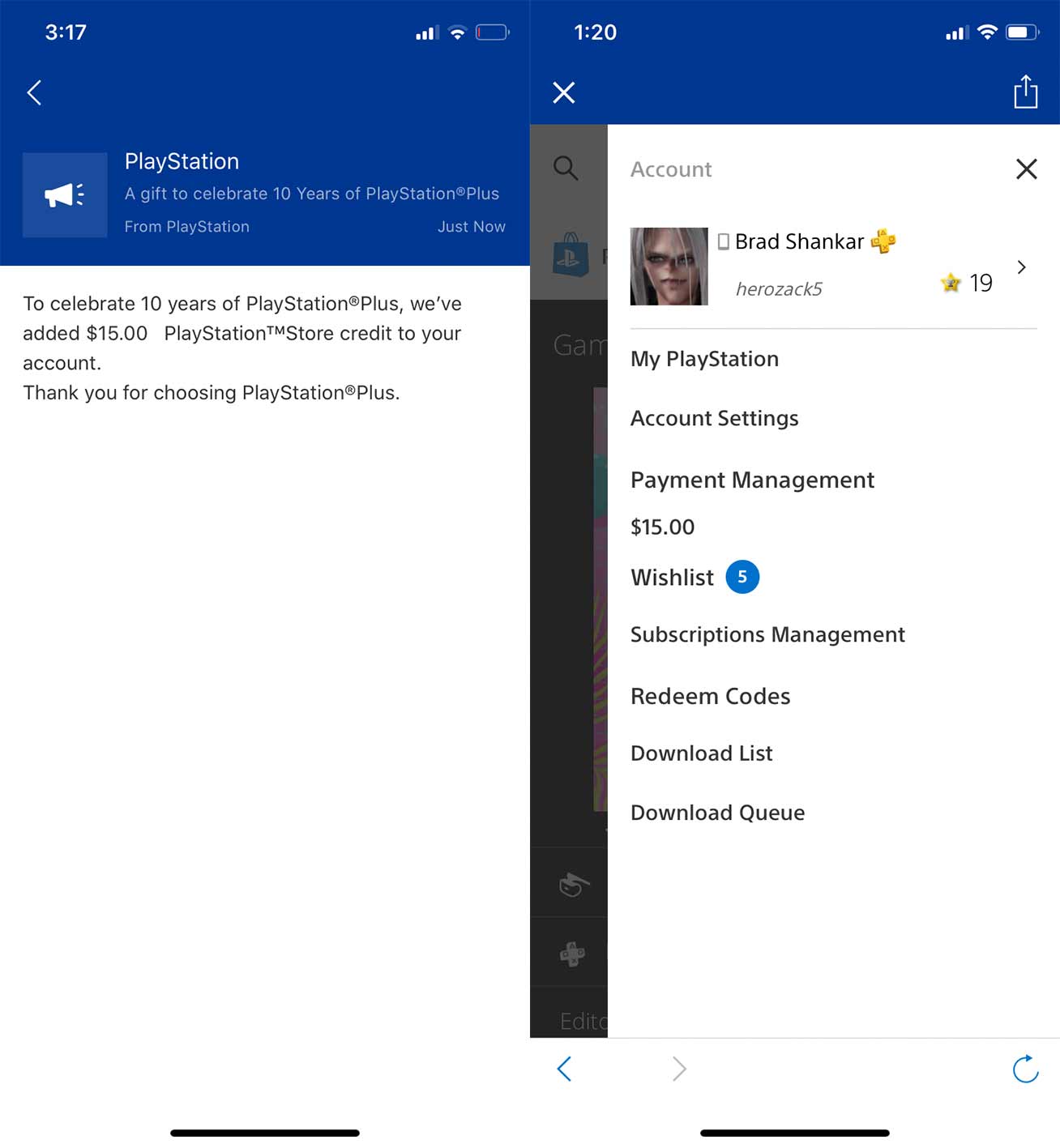 I checked my PSN wallet right after and sure enough, the $15 was already there. (And yes, I’m aware that my particular Final Fantasy VII-inspired PSN ID is lame; I’ve had it since I was 12 and have been wary to do the name change and potentially run into some issues).

Since receiving the credit, I’ve seen some members of the GameDealsCanada subreddit and PS subscribers in the U.S. and U.K. note that they’ve gotten it as well.

However, two of my colleagues who have PlayStation Plus say they didn’t get this message. Therefore, it’s unclear exactly who is eligible for the offer.

Presumably, it has to do with how long you’ve been a PlayStation Plus subscriber, so it’s not like you can just sign up for PS Plus now and expect to receive it. That said, I couldn’t tell you exactly how long I’ve been subscribed, given that it’s been around for a decade.

Therefore, MobileSyrup has reached out to PlayStation for clarification on eligibility for this anniversary gift and will update this story once a response has been received.

For now, though, it doesn’t hurt to check your PSN messages to see if you’ve gotten anything. If you did, it’s worth noting that you could put that credit towards one of the many games that are featured in the big PlayStation Summer Sale right now. Since the $15 is a credit, you can use it in addition to a discount to save quite a bit altogether.