Mozilla VPN launches in Canada for Windows, Android and iOS 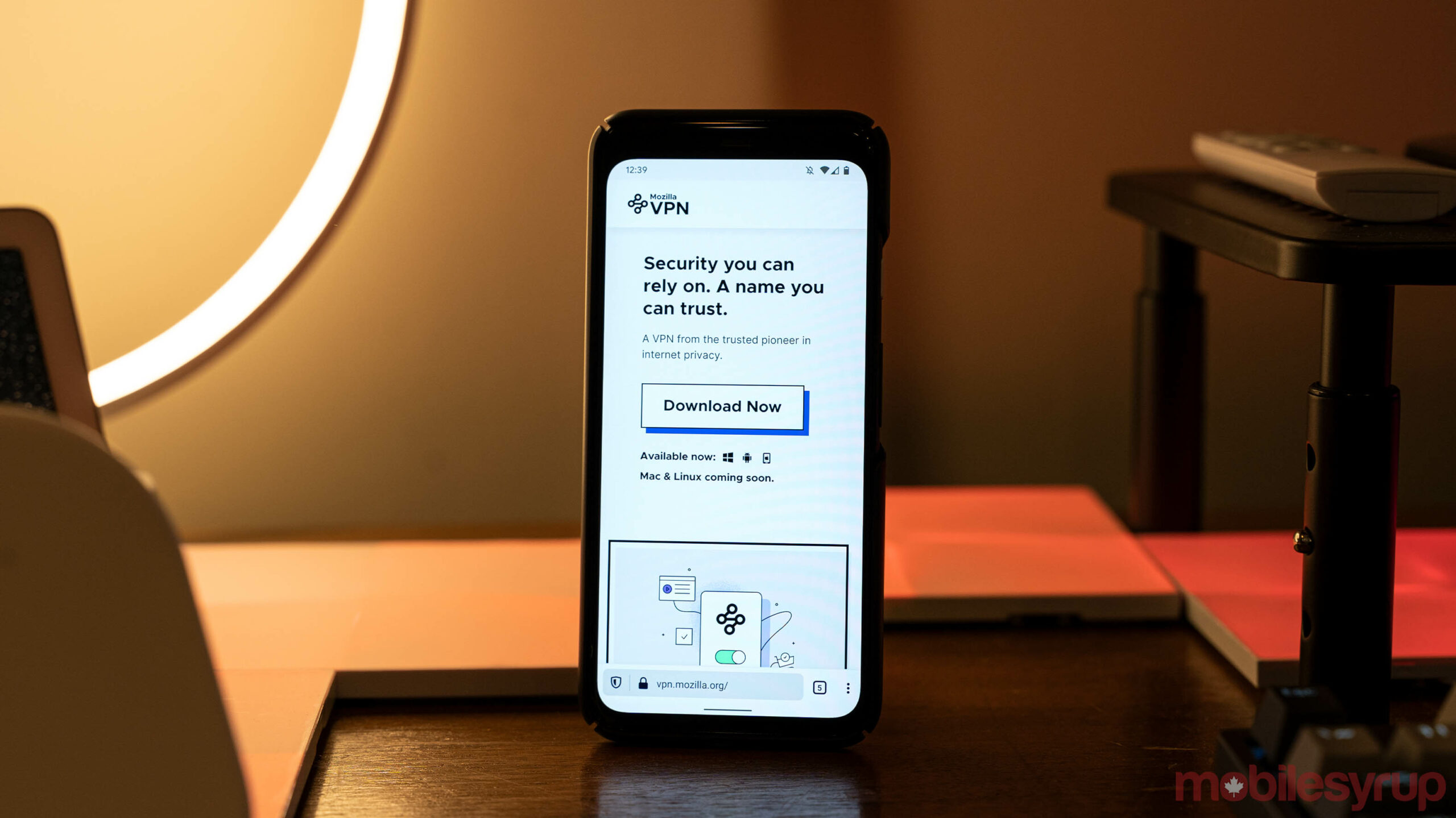 Mozilla, the company behind Firefox, has launched a VPN service in Canada and other countries.

Dubbed Mozilla VPN, the service replaces the ‘Firefox Private Network’ VPN that the company was previously testing. Mozilla charges $5 USD (about $6.81 CAD) per month for the service roughly in the middle of VPN pricing. Options like TunnelBear are cheaper at $3.33 (approximately $4.53 CAD), while Express VPN can cost almost $13 per month ($17.69 CAD).

Although there are a variety of VPNs available, Mozilla thinks its offering is among the best. The company boasts that its VPN is faster as it uses fewer lines of code than the competition.

On top of that, Mozilla has a record when it comes to online privacy. It says it won’t partner with third-party analytics firms and doesn’t keep user data logs. That second isn’t totally up to Mozilla, however. The company partnered with VPN provider Mullvad to handle Mozilla VPN. The company’s privacy details say Mozilla VPN encrypts users’ internet traffic and sends it to Mullvad to provide the service. Further, Mozilla says Mullvad committed not to log any data it receives, something that the VPN service also does for its customers.

If you’re wondering why you shouldn’t just skip the middle man and use Mullvad directly, well, there are a few reasons. For one, Mozilla says its VPN software is much simpler to use, which should help people new to VPNs get started. Further, Mozilla does it’s pricing in USD, while Mullvad charges in Euros. Based on the current exchange rate, it makes Mozilla VPN slightly cheaper for Canadians.

Mozilla VPN will also be available in the U.S., U.K., Singapore, Malaysia and New Zealand starting July 15th. It’s available on Windows, Android and iOS with Mac and Linux versions coming in the future. Subscribers can connect up to five devices through Mozilla VPN.