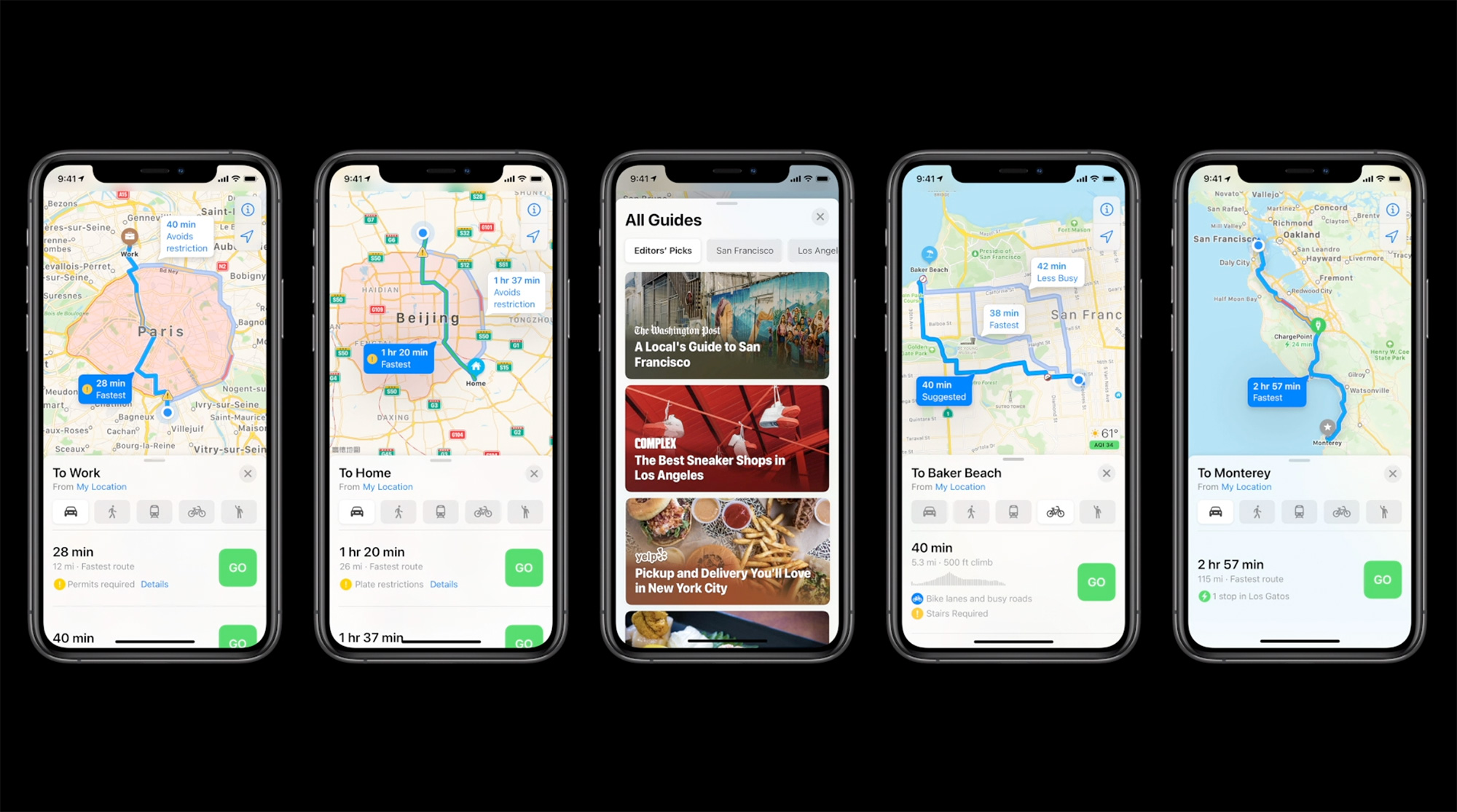 The new version of the app will bring updated and better maps, as well as ‘Look Around,’ its version of Google’s ‘Street View.’ This comes after the company announced last year that it was sending a fleet of vehicles to drive around Canada to improve Apple Maps.

The tech giant stated that from May to November 2019, it was taking images of Canada and would blur faces and license plates, which indicated that it was working on Look Around.

Apple notes that the revamped app will bring better navigation and richer details for roads, pedestrian paths and more. It also offers more accurate information for locations while providing insights on how to get to places in ways that are better for the environment.

iOS 14 will also bring routing to Maps that provides charger locations that are compatible with your specific vehicle. The new OS will also bring cycling directions to select cities around the world, but unfortunately not to Canada.

Apple did not reveal any more details about the updated Maps app, but will likely provide more information closer to iOS 14’s release.

Update 24/06/20 12:40 pm ET: Apple confirmed that the revamped Maps app will be launching across all of Canada this year.