It turns out the rumours were true

Following months of rumours, Apple has confirmed it plans to transition its Mac lineup to its own proprietary ARM-based processors, shifting the tech giant away from Intel chips.

“The Mac is transitioning to our own Apple silicon,” said Tim Cook during the tech giant’s WWDC 2020 keynote. Cook then detailed the 2006 transition from PowerPC to Intel chips that saw the company supporting the latter company’s processors until 2013.

Apple claims this move will give the Mac a new level of performance while consuming less power. The tech giant went on to state that all of its own apps are currently capable of running on these new chips.

To help third-party developers transition their software to the new silicon, Apple says it has created a new form of binary called ‘Universal 2’ that allows apps to run on both Intel and Apple-based chips. Further, the company is reviving ‘Rosetta’ as ‘Rosetta 2,’ giving users and developers an emulation option for apps that haven’t been updated to run natively on ARM-based Macs. 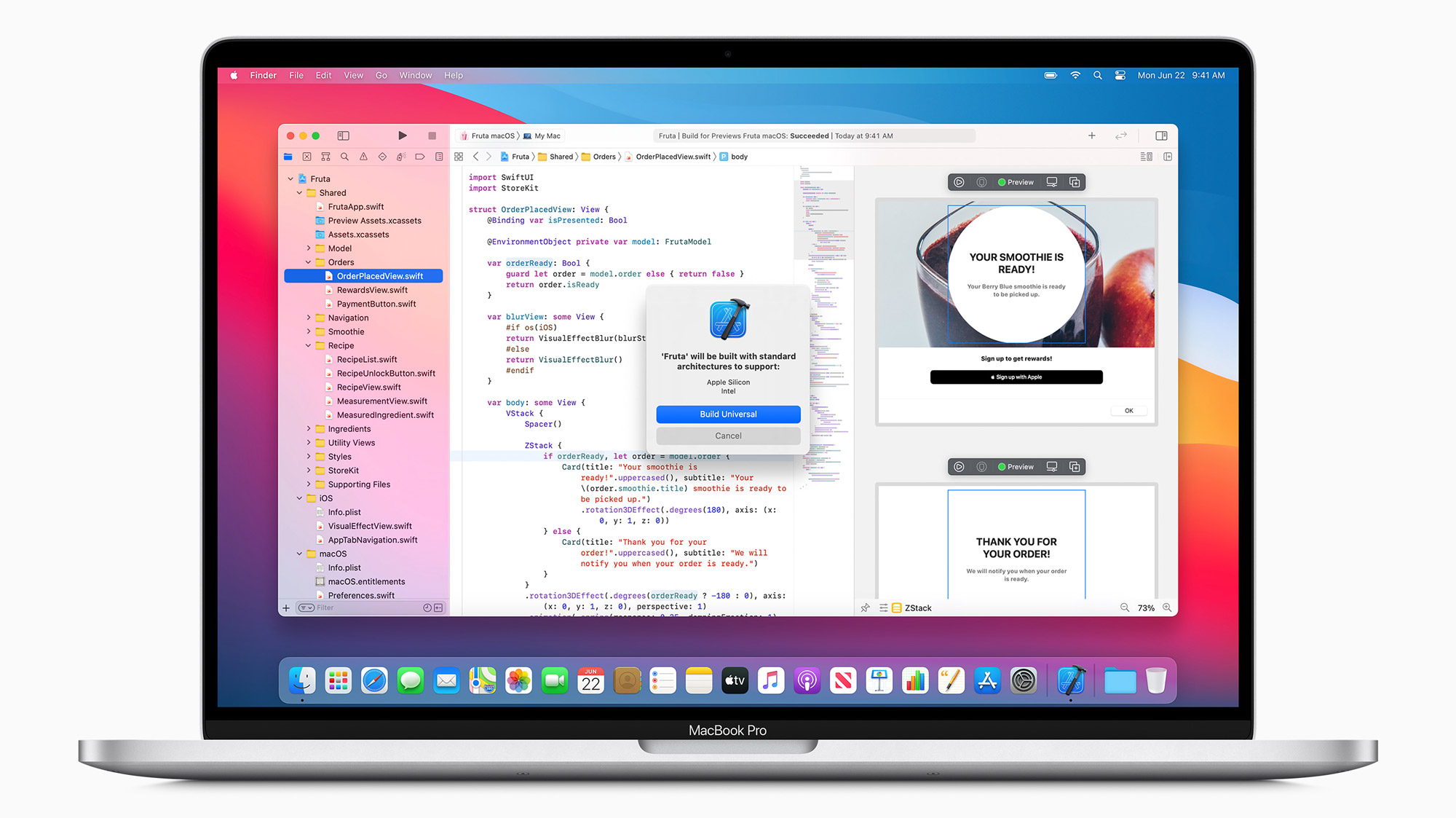 Regarding third-party support, Apple says Microsoft and Adobe are currently working on adapting their apps for the new chips, citing Excel, Word, Lightroom and Photoshop as examples.

Developers will be able to access a ‘Developer Transition Kit’ consisting of a Mac Mini with upgraded hardware, including 16GB of RAM, a 512GB SSD and the A12Z chip. Joining the program is priced at $500 USD (roughly $676 CAD).

Cook stated during the presentation the first Mac to feature Apple’s own chip will launch this fall and that the transition to proprietary processors will take two years. The company also still plans to release Macs that feature Intel processors during this time period.

Reports have indicated that Apple’s move to its own ARM-based chips was prompted by Intel’s slow performance gains with the last few generations of its silicon.

During the keynote, Apple revealed macOS Big Sur, a new version of its desktop operating system that includes updates to Messages and Maps.