If accurate, the leaked specs mean the Surface Go 2 will have a sizable performance bump 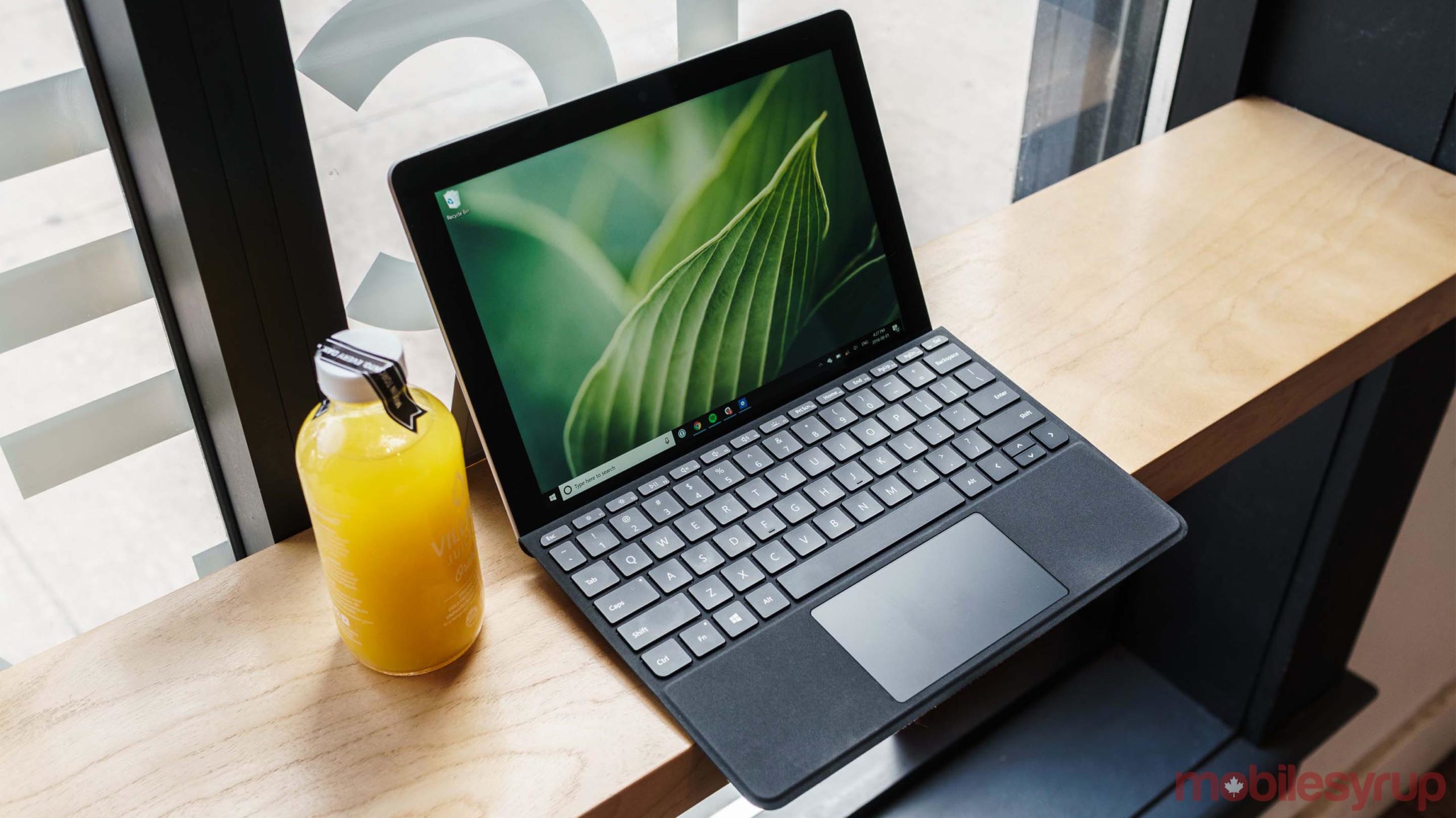 Microsoft is reportedly working on a Surface Go 2, and now a Twitter user has posted the tablet’s alleged specs online.

Spotted by Tom’s Hardware, Twitter user ‘_rogame’ (@_rogame) posted a list of possible specs for Microsoft’s upcoming mini-Surface. Most notable are the processors listed in the leak, which suggests the new Surface Go will feature a significant performance boost over the original.

For comparison, the first-generation Surface Go ran on an Intel Pentium Gold 4415Y processor that could hit a 1.6GHz clock speed. The Intel Pentium 4425Y runs at 1.7GHz. It doesn’t have a boost, but it does run with two cores and four threads.

There are now two options:

As for the Core m3, it would run at 1.10GHz with two cores and four threads. However, it also has a boost speed of 3.4GHz.

_rogame also noted that both models use the same SSD as the Surface Pro 7 and Surface Pro X. The Pentium model will have a 128GB SSD while the m3 will have a 256GB SSD. Further, both tablets will have 8GB of RAM and Intel UHD 615 graphics, according to the leaked specs.

As for the efficacy of these leaked specs, Windows Central says that the m3 CPU variant shown by _rogame lines up with leaked Geekbench scores of what could be the Surface Go 2 with the same processor. However, plausible as the specs seem, it’s important to take them with a grain of salt at this point. As we get closer to a potential launch date for the Surface Go 2, expect more details to emerge.