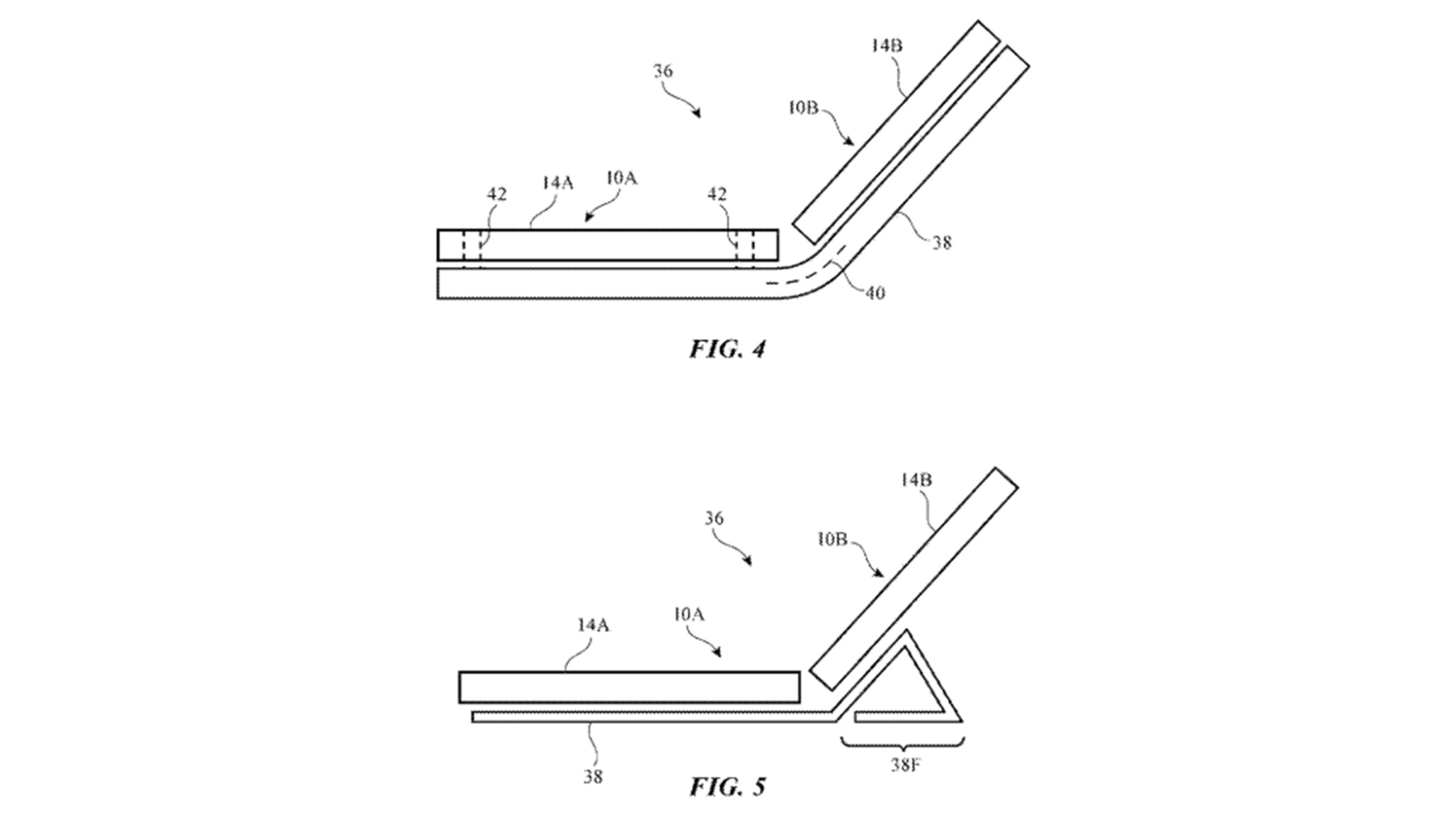 A recent patent application filed by Apple to the U.S. Patent and Trademarks office seems like an effort on the tech giant’s part to come up with a more durable way of creating a foldable device.

The patent, first spotted by Patently Apple, describes a design that features two entirely independent screens that are capable of operating like a single display when unfolded.

While the language in the patent is technical and dense, it outlines how the two displays are capable of functioning independently but can also work in a “joint operating mode in which resources of the devices are shared.’ The patent application also explains how magnets are used to align the two displays together in “various orientations.”

This means that while the device outlined in the patent is technically foldable and includes two displays, its screen doesn’t necessarily fold. In theory, this would make the device more durable than current foldable smartphones. If this sounds familiar, you aren’t wrong; the patent outlines a device that sounds very similar to Microsoft’s Surface Neo.

Given current foldable devices like Samsung’s Galaxy Fold, Motorola’s Razr and even the recently released Galaxy Z Flip, all suffer from some form of durability issues, it makes sense for Apple to be developing a different take on the increasingly popular concept. For example, you wouldn’t need to worry about debris getting in the hinge and damaging the foldable display.

Of course, Apple is typically slow when it comes to adopting new technology, so there’s a possibility we’ll never see a dual-screen device from the company that features the design outlined in this patent.