This is only a concept and may never come to market 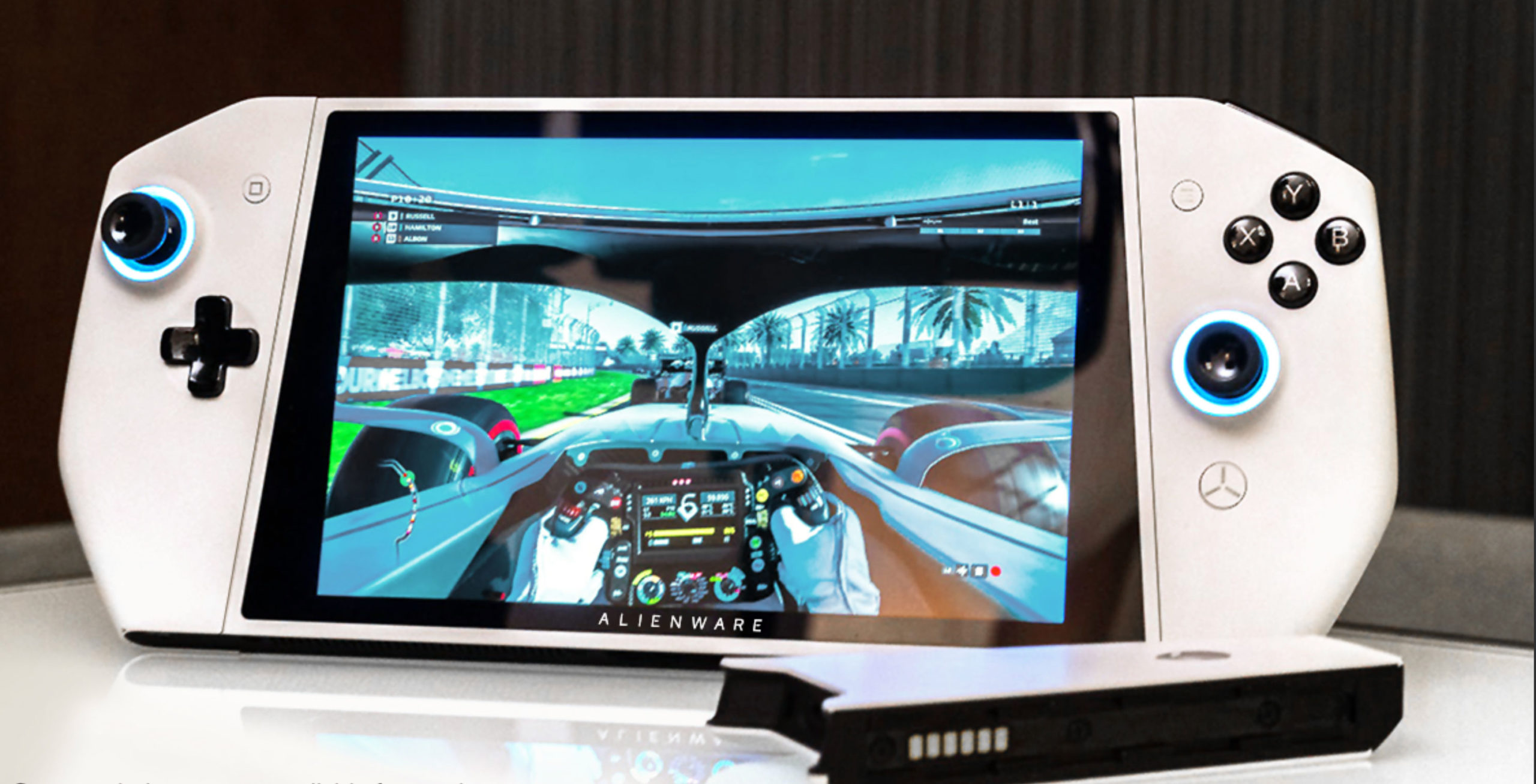 Dell has unveiled what it calls ‘The Concept UFO,’ a device that looks like the ungodly offspring of Alienware and Nintendo.

Its display measures in at eight inches, and altogether the device is heftier than the Switch.

The Concept UFO controller portions can detach and attach from the main screened gamepad, which reportedly feels more secure than the Switch’s locked-in rails. Similar to Nintendo’s console, there’s an accessory that connects the two pieces to create a controller for docked gameplay.

Concept UFO is powered by Windows 10, and Dell made an app dedicated to the device, to help users navigate and get to their games.

Dell hasn’t disclosed a lot about the Concept UFO like the processor, memory, screen resolution or the storage information.

According to Engadget, when docked to a TV, the Concept UFO looks to handle close to 60fps. Meanwhile, in Ars Technica’s hands-on, the publication mentions that the device features a 720p resolution when gaming. However, someone from Dell told them the reporter that it’s looking into exploring up to a 1200p resolution.

It’s important to note, while Concept UFO is a useable concept, it’s still just an experimental device. This means that there’s a possibility it may never come to market.