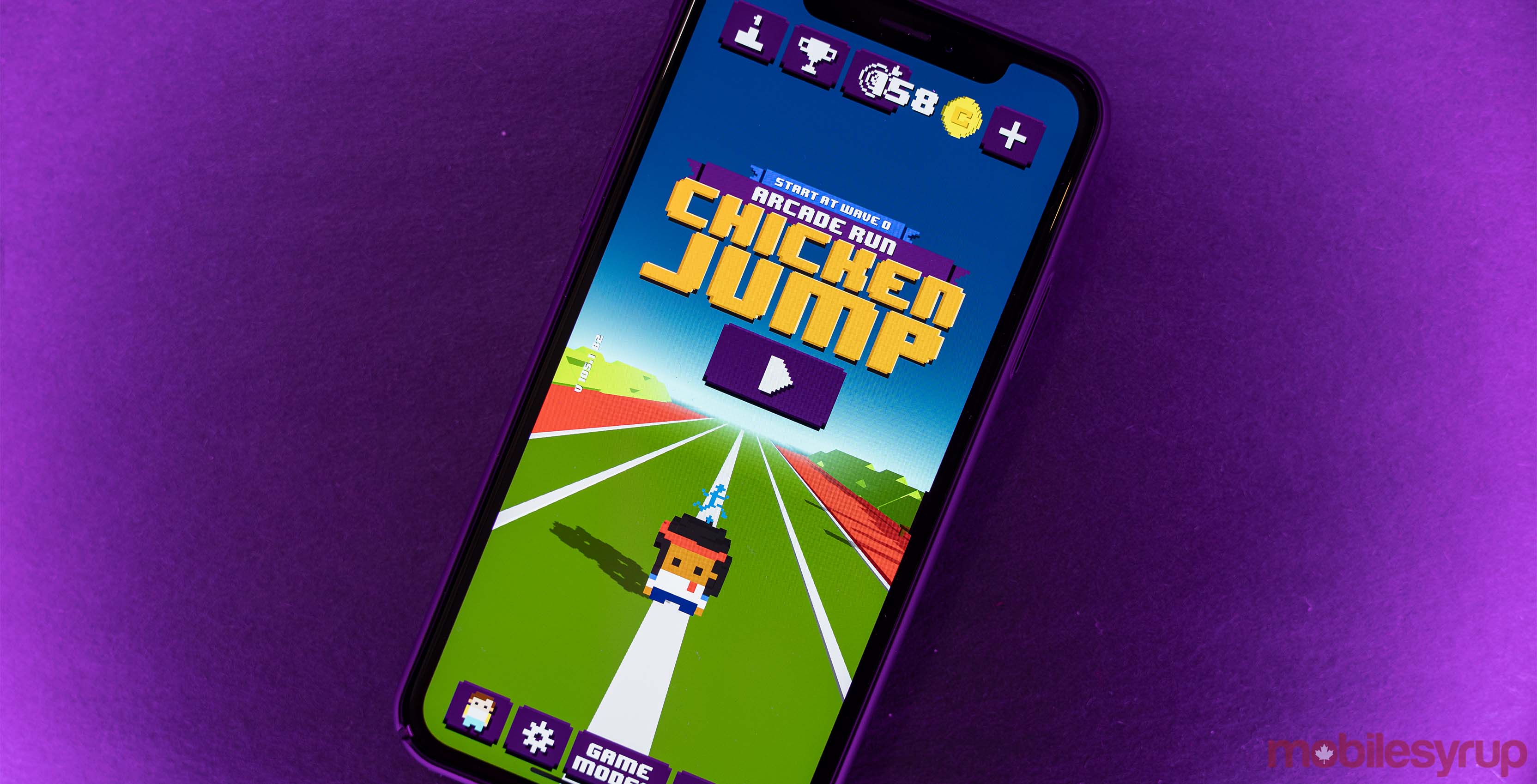 Sometimes, the best mobile games are the simplest. Chicken Jump is the embodiment of that statement. In Chicken Jump, you jump.

Yup, that’s it. You jump. And you’ll want to, of course, because various vehicles will come careening towards you at high speed. So jump. Jump a lot.

Chicken Jump is an excellent little time-waster that will have you leaping over firetrucks, sedans, police cars, wagons, car crashes and all kinds of nonsense. It’s fun, wacky and weird.

The fast-paced game will have you coming back repeatedly to try and beat your high score. The further you progress, the harder it gets. The objects you need to leap will come flying towards you faster, and then they’ll start to vary their speed to mess up your timing. Coins and other collectibles will come tumbling towards you as well. 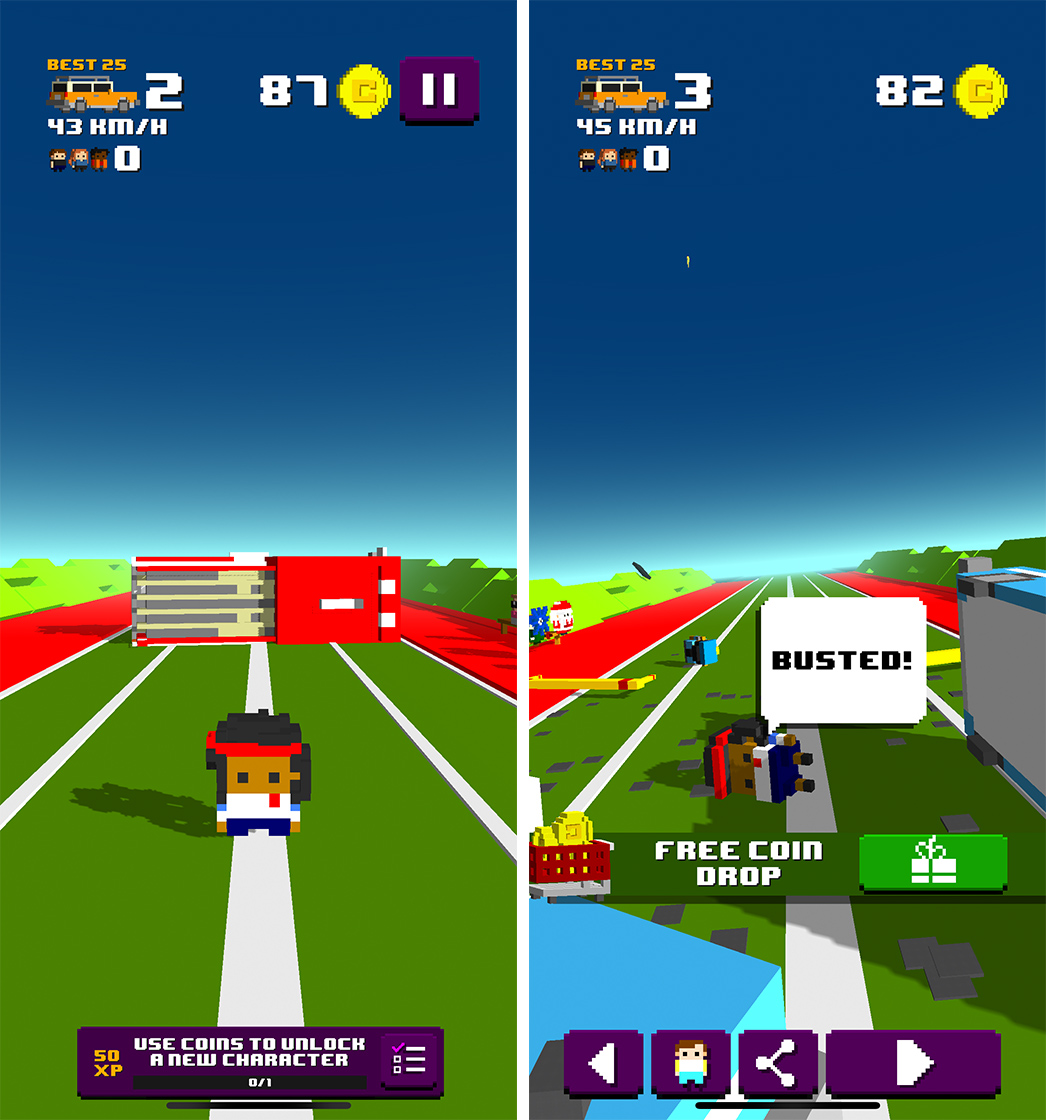 The game sports excellent sound design and fun, 8-bit voxel graphics that look great. But by far the best part of the game is it grabs a freeze-frame of the moment you miss a jump. It adds a level of humour to messing up and missing your high score that similar games lack.

On top of that, Chicken Jump includes multiplayer modes. You can play with two, four or eight players on one screen and compete to see who lasts longest. Of course, you can play multiplayer on your own and assign a character to each finger as well.

[putting together a GIF to go here]

The game does offer in-app purchases to unlock new characters, but you can also collect coins by playing to do the same. Different characters have different themes — for example, an athlete character I unlocked had a race track backdrop, while another character had a town. Plus, some characters include powerups that make things a bit easier, such as higher jumps.

There are ads as well, but they weren’t too intrusive, and any in-app purchase removes them if they really bug you.

You can download Chicken Jump for free on the App Store and the Play Store.