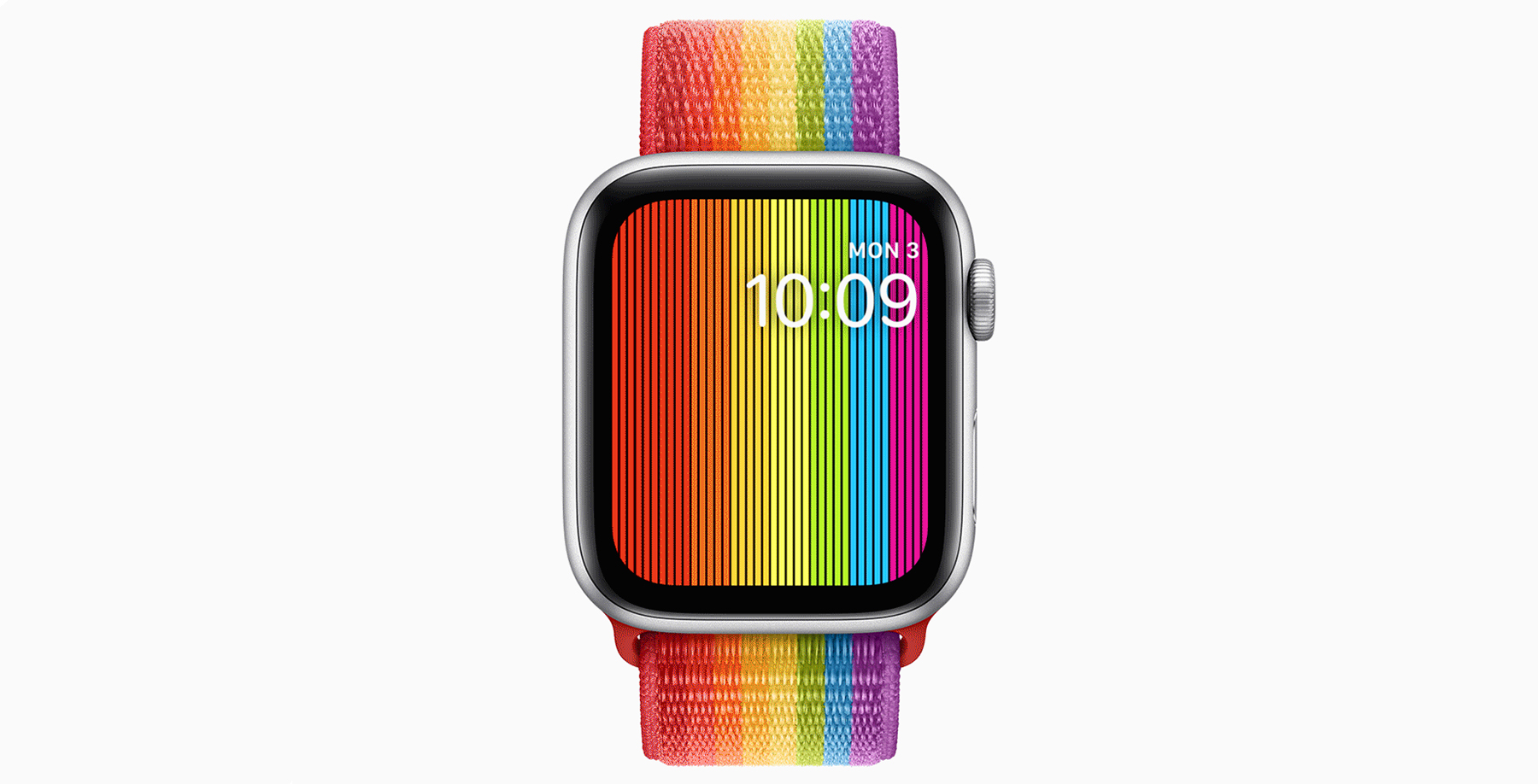 Over the past few iterations of its watchOS operating system, Apple has been slowly moving towards making the Apple Watch more independent from the iPhone.

First, the wearable gained cellular connectivity with the Series 3 back in 2017, and watchOS 4 and watchOS 5 took several steps towards allowing the Apple Watch to operate without being connected to the iPhone.

With the public release of watchOS 6 coming this fall, Apple is kicking this strategy up a notch thanks to a few new, long overdue features. It’s worth pointing out that the tech giant doesn’t yet offer a public beta for new versions of watchOS like it does with macOS and iOS.

Here are some of the best new features coming to Apple’s wearable operating system.

The Apple Watch finally gets an App Store 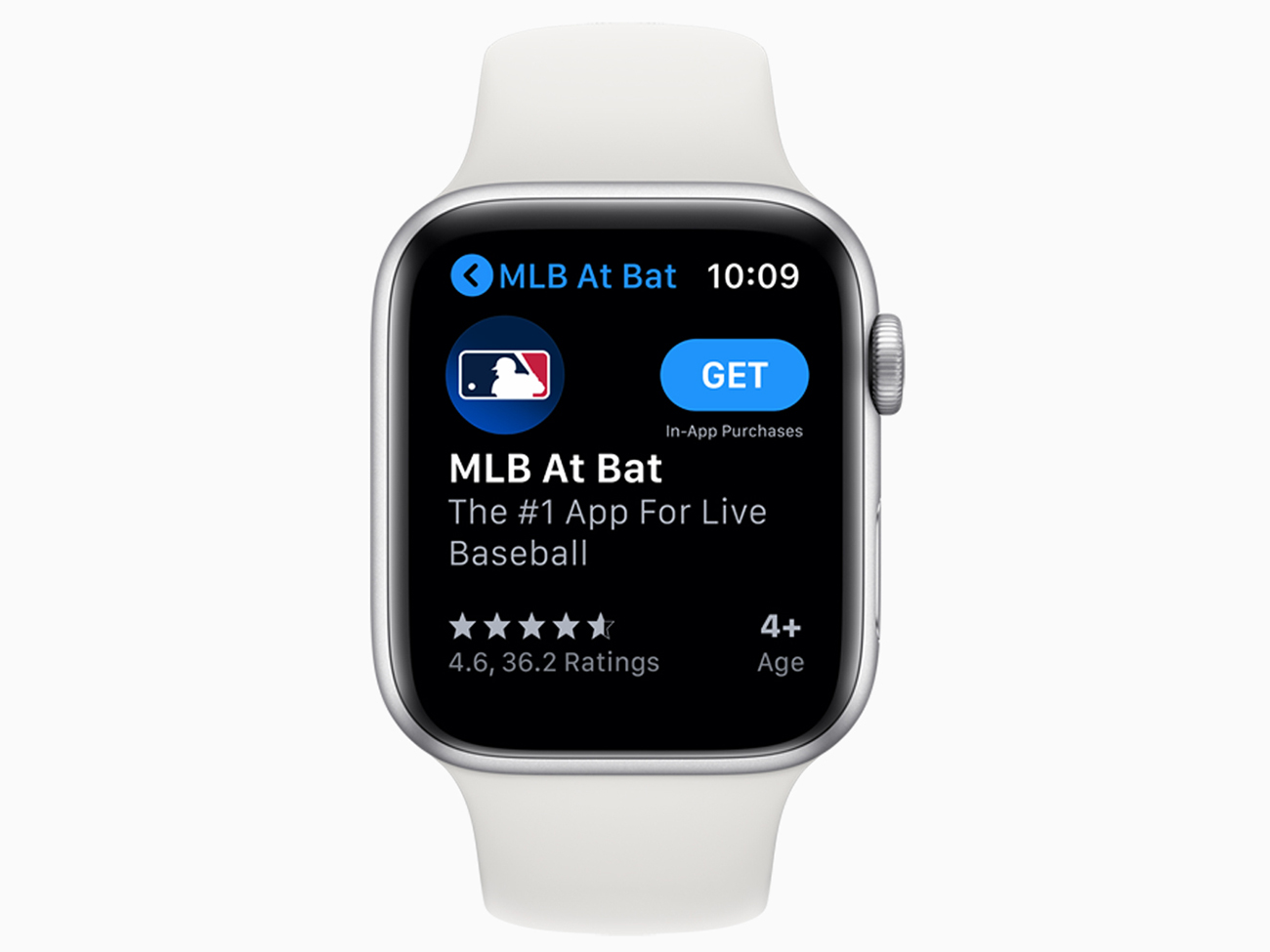 I’ve argued for years, even back when the Apple Watch heavily relied on the iPhone, that the wearable should feature its own dedicated App Store. For one, it’s challenging to tell which iOS apps offer Apple Watch companion functionality.

With the release of watchOS 6, the Apple Watch is finally getting its own dedicated store available directly on the wearable. Further, developers can now finally create watch apps that are entirely independent from the iPhone.

Similar to Apple’s other digital storefronts, a team of editors will curate the Apple Watch App Store, according to Apple. The store can also be navigated using Siri or via touchscreen presses and swipes. Moreover, Apple says that users will be able to pay for apps with Apple Pay directly on the Apple Watch, though they’ll need to be logged into their iCloud and App Store account to do so.

What will be interesting is how independent Apple Watch apps will alter the wearable’s battery life. This also makes the inevitable cellular version of the Series 5, which Apple will likely reveal later this fall, a far more attractive option.

It’s also worth noting that only apps that are entirely independent of the iPhone are included in the Apple Watch’s new App Store. Apple also says that Series 1 and above will even be able to run apps on their own, with only the original Apple Watch not being capable of this because watchOS 6 isn’t coming to the smartwatch. 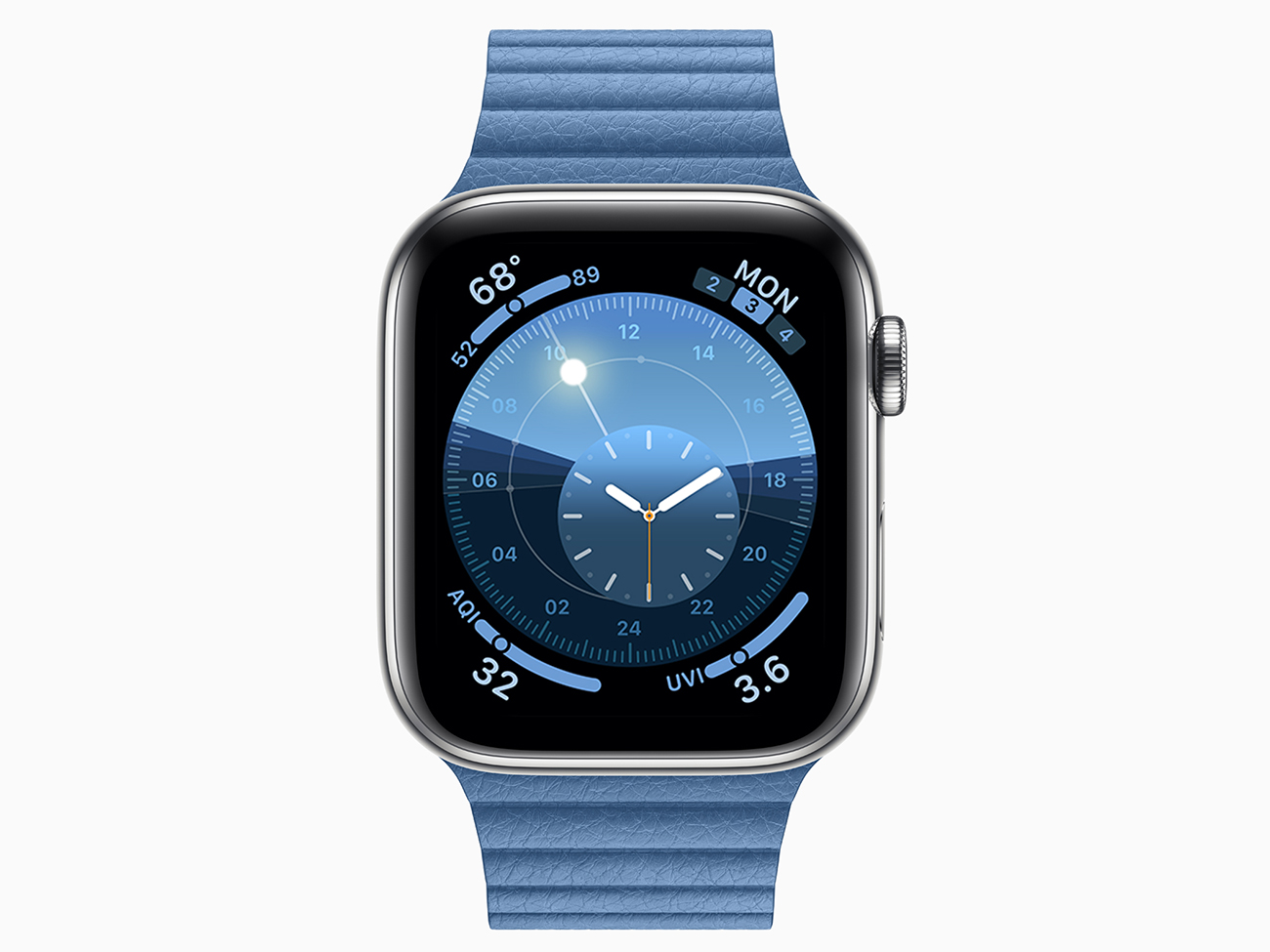 Though I still think Apple needs to open up Watch Face development to third-party developers, it’s great to see more options coming to the Apple Watch with watchOS 6.

The new version of the wearable operating system adds a total of five new Watch Faces to Apple’s smartwatch. 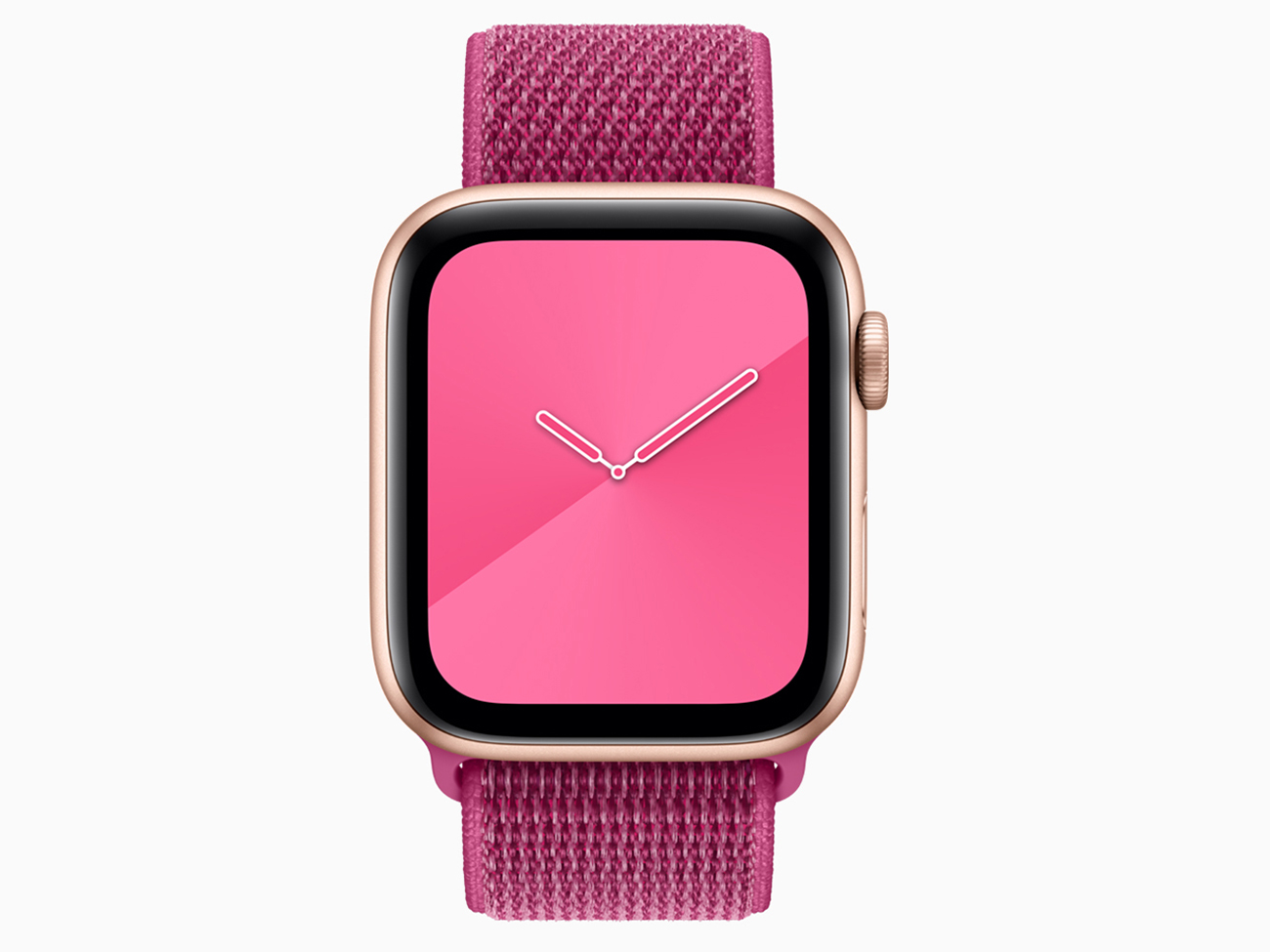 First, there’s a gradient Watch Face that animates as the time changes.

There’s also a Watch Face that features numerals and displays the time in multiple languages, a digital face in a variety of colours, a California dial, and finally, a new solar Face that follows the sun’s path over 24 hours. 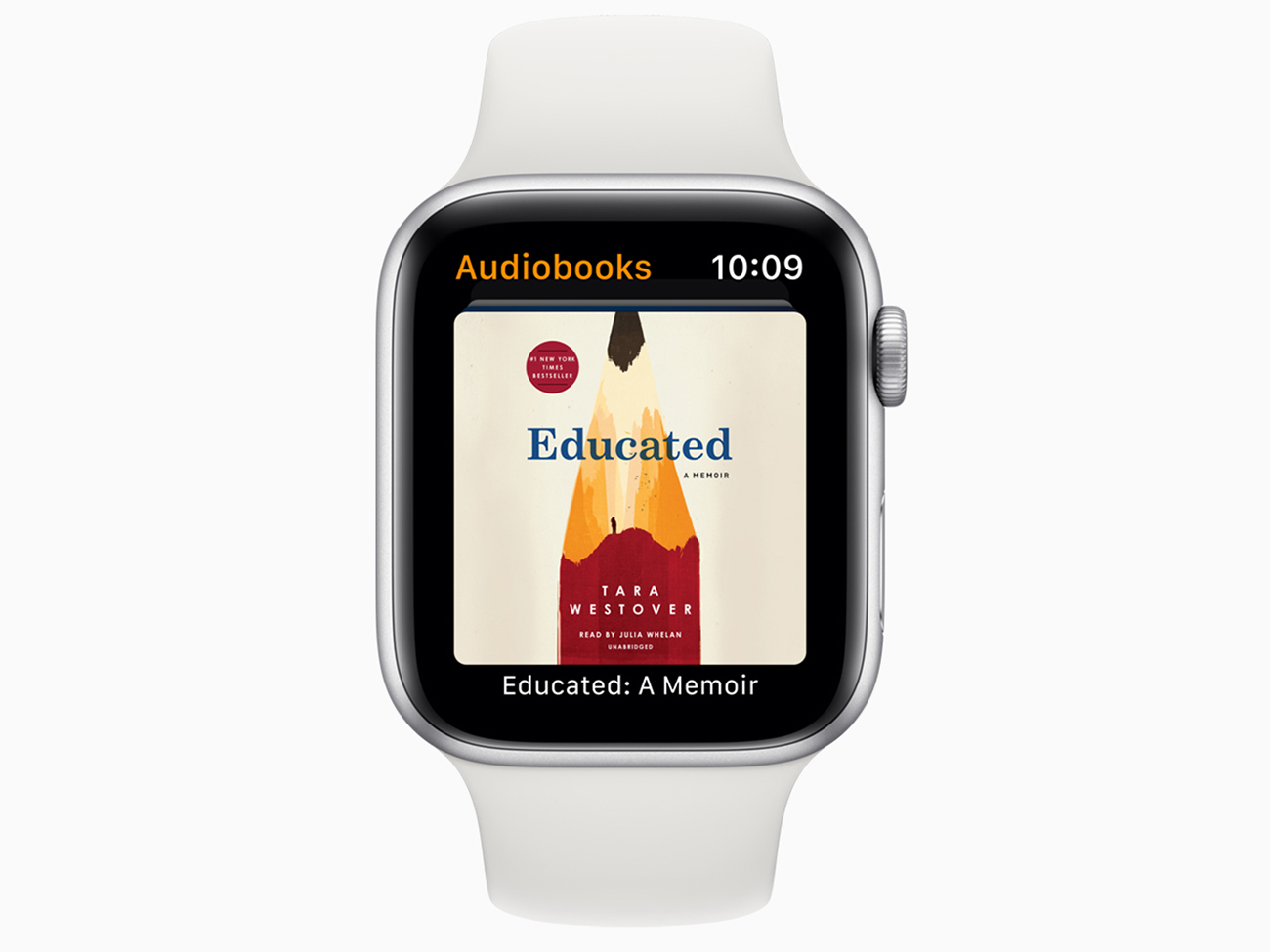 I remember reading rumours last month that Apple-developed Calculator, Voice Memos and Audiobook apps were coming to the Apple Watch, and being surprised that they didn’t already exist on the wearable. 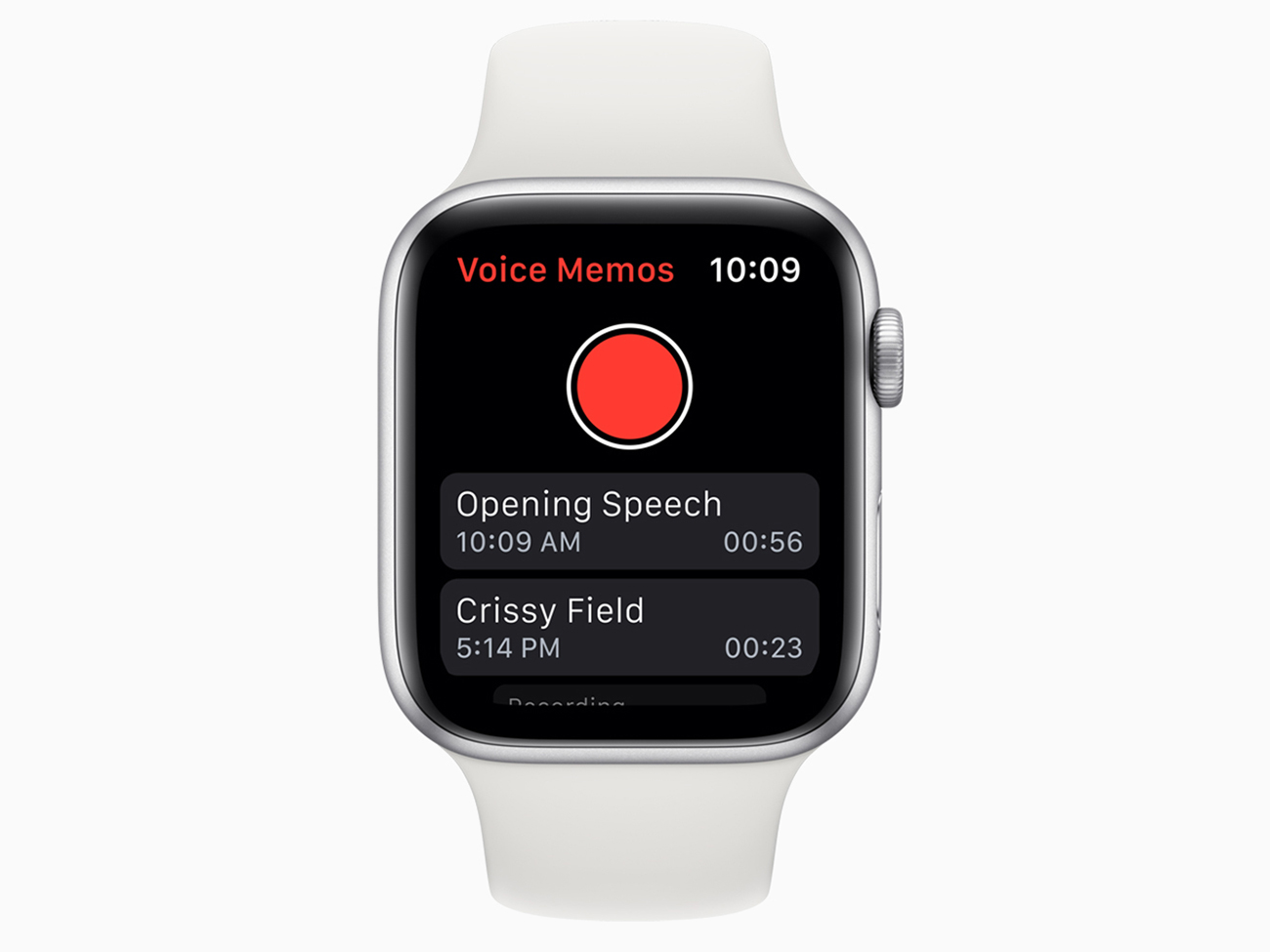 While often less than stellar third-party apps have filled this void for years, Apple is finally releasing a dedicated, Native Calculator, Voice Memo and Audiobook app for the Apple Watch. 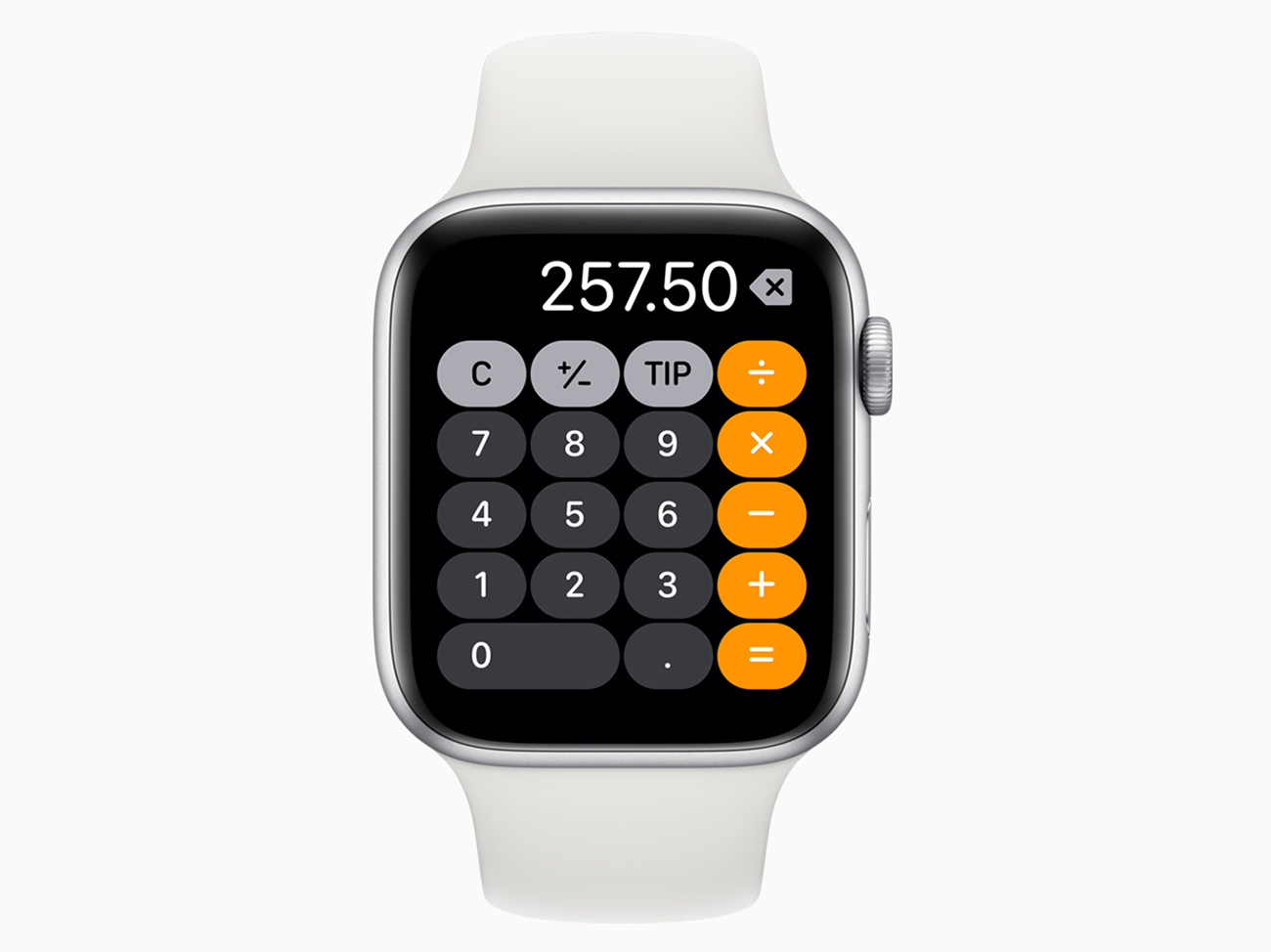 As someone who is not good at ‘quick maths,’ of all these apps I’ll find the Calculator’s built-in ability to calculate tips the most useful. 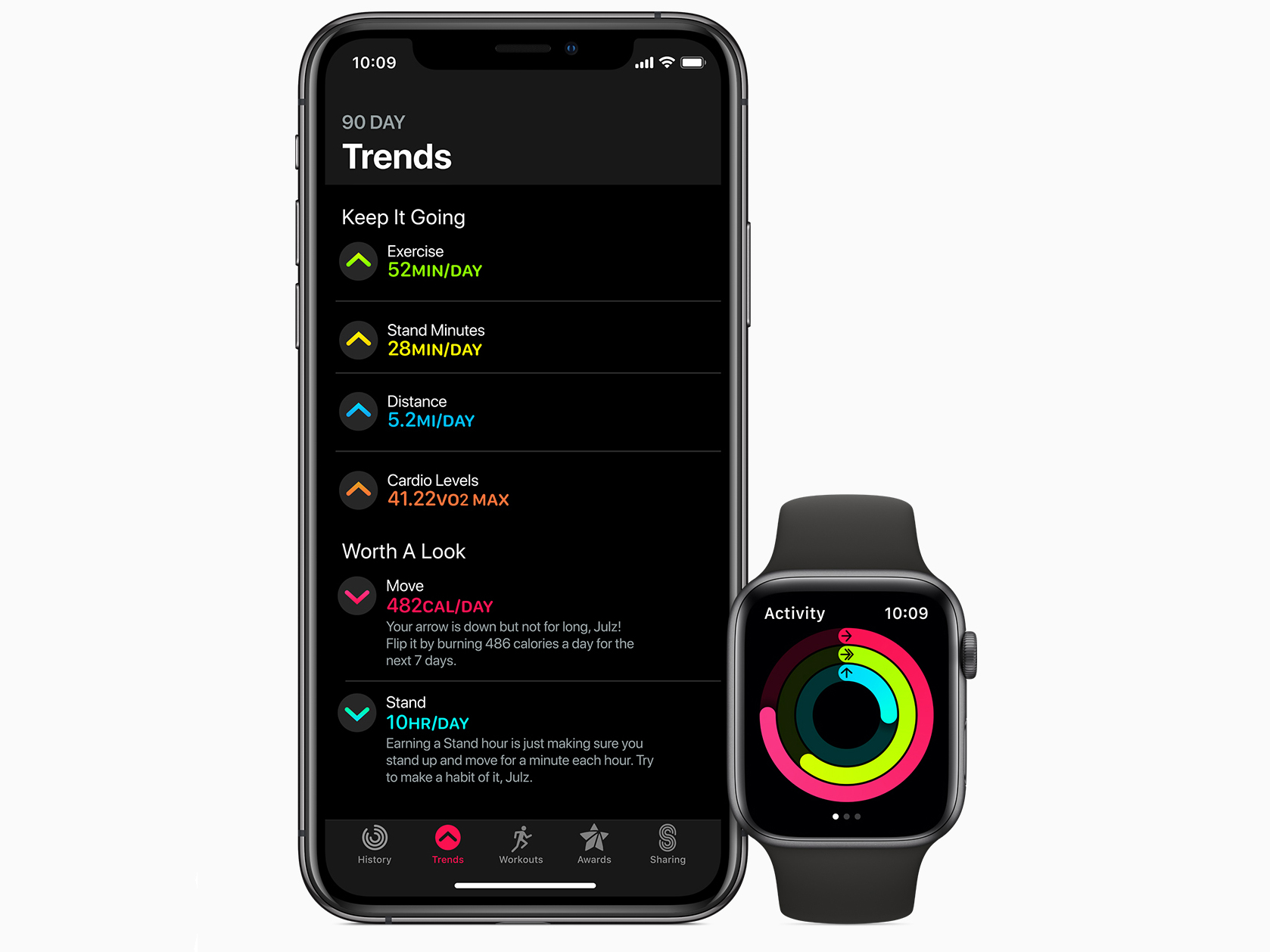 Since the Apple Watch’s pivot from a watch replacement to a fitness-focused wearable with the Series 3, Apple has emphasized the smartwatch’s fitness capabilities.

One of the most significant features to come to Apple Watch with watchOS 6 is built-in ‘Cycle Tracking,’ new functionality that allows women to log their menstrual cycles directly on the smartwatch.

Smartwatches from Fitbit have offered this functionality for a while now, so in a way, this is just Apple playing catch-up with its key competitor. 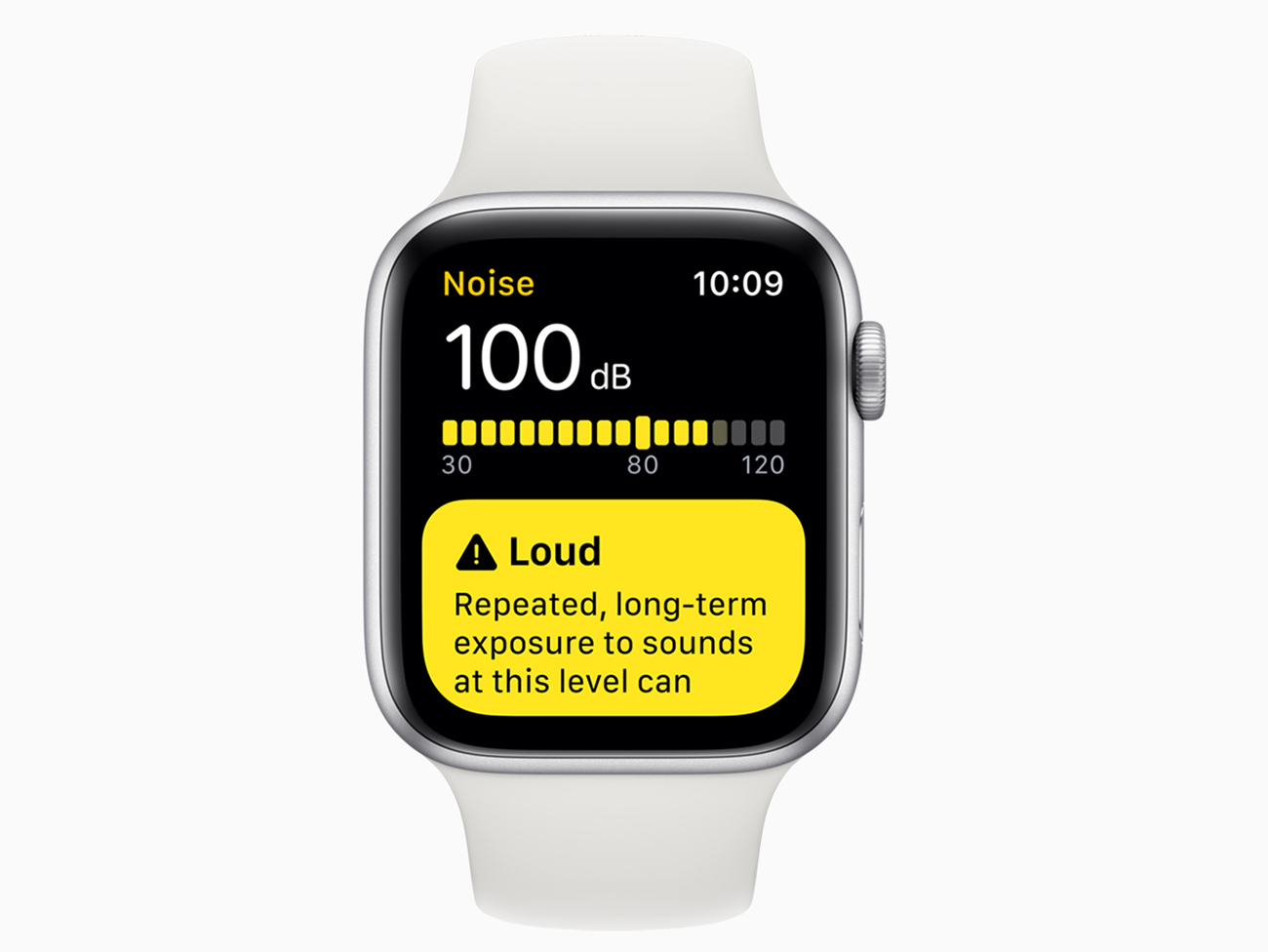 Other health features include the ability for users to compare their 90-day activity trend across various metrics. For example, if your fitness activity is trending downwards, watchOS 6 will now give you suggestions for how to improve.

A noise app that is capable of measuring the decibel levels of the surrounding environment is coming to the Apple Watch with watchOS 6 as well. The idea behind this feature is that the Apple Watch will notify the wearer if the current sound around them has the potential to damage their hearing.

Apple says the watch only samples this audio and doesn’t record or save sound clips, sticking with the emphasis on privacy the company has been pushing lately. 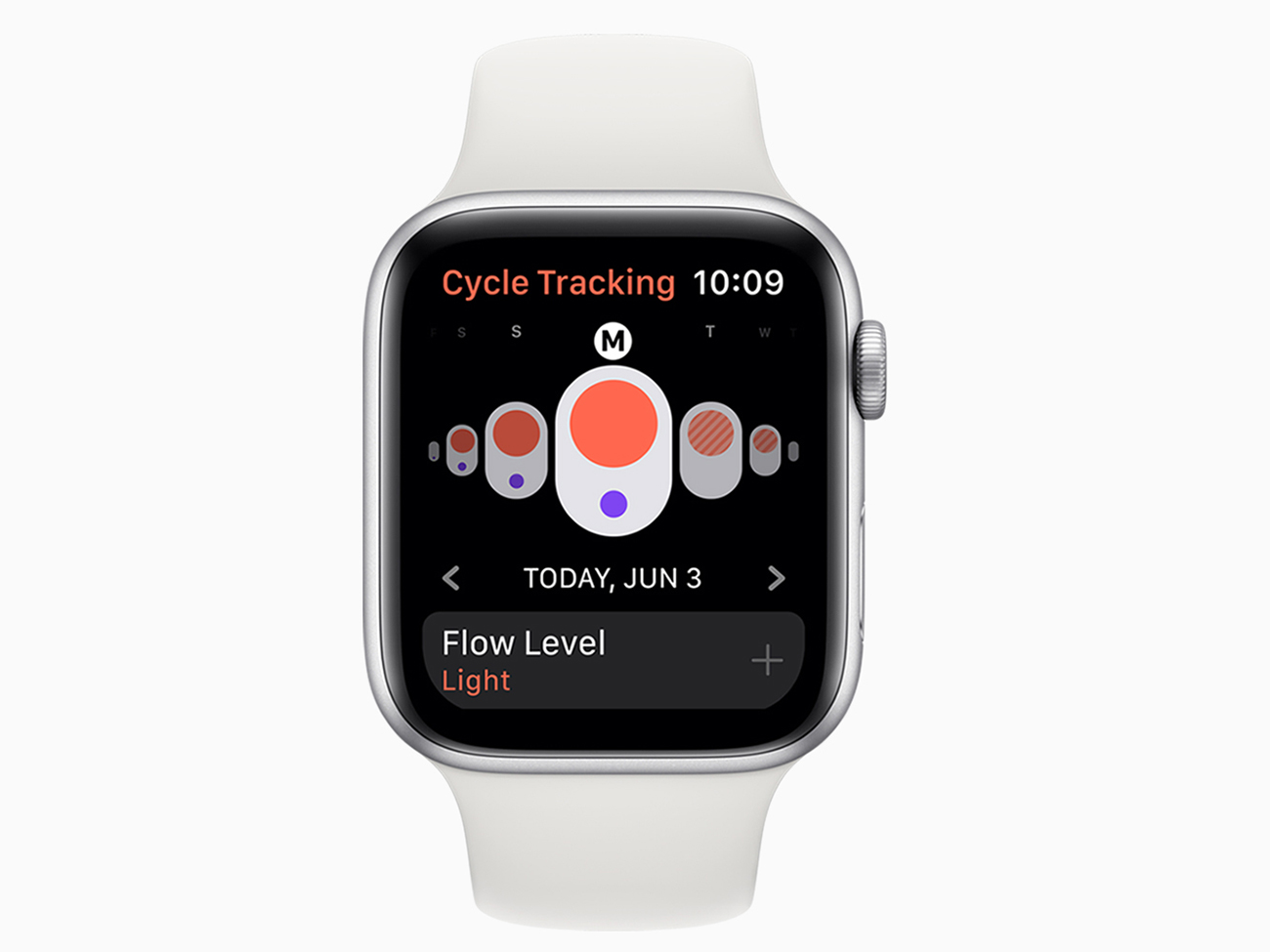 Unfortunately, despite being approved by Health Canada a few weeks ago, it’s still unclear when the Apple Watch Series 4’s ECG and irregular heart rhythm notification features are coming to Canada.