Inside the evolution of Gears 5 and its Canadian developers 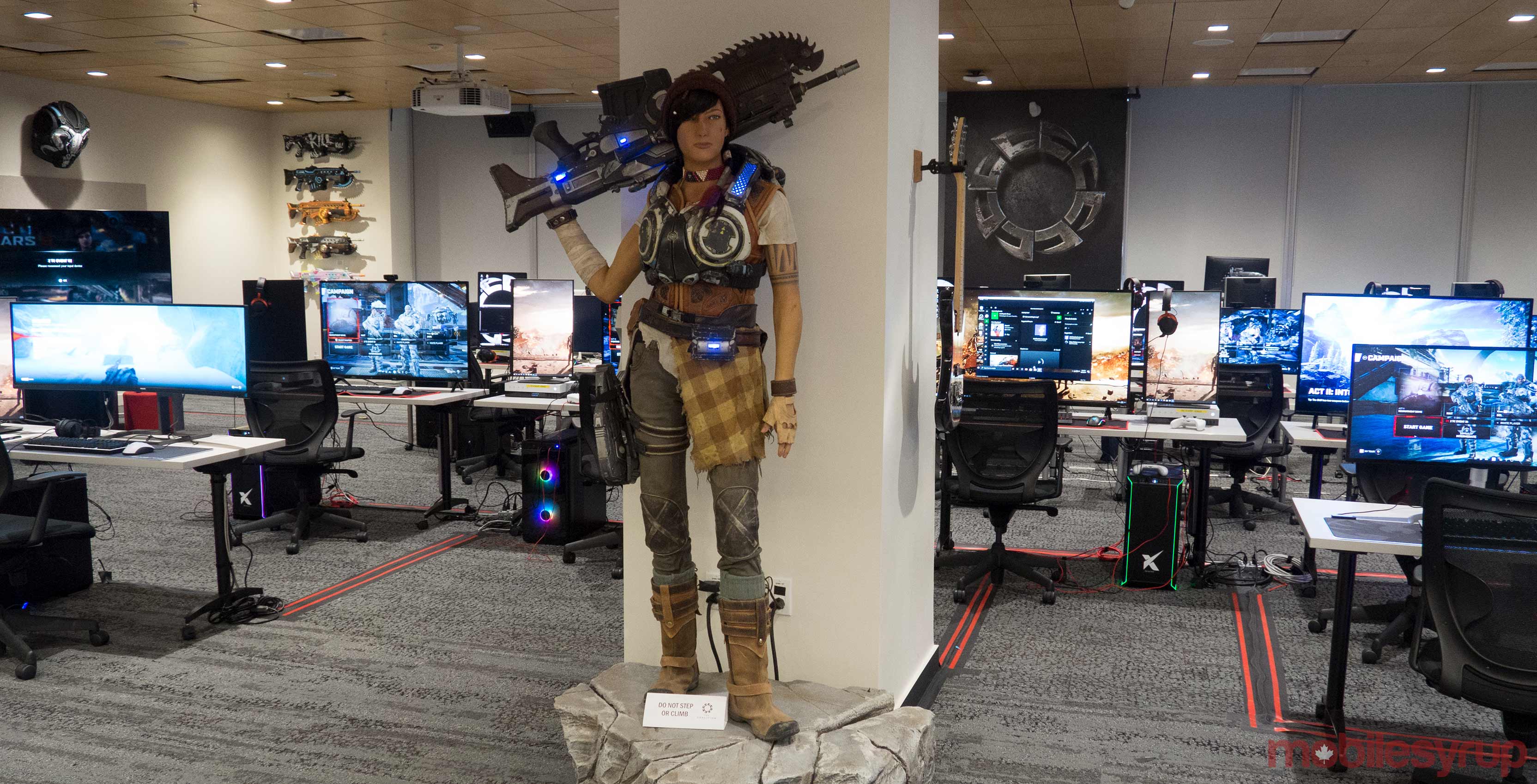 When Vancouver-based The Coalition was tasked with developing Gears of War 4 in 2014, the team was under a lot of pressure to prove it could do justice to the venerable third-person shooter series.

Fortunately, The Coalition was eventually able to breathe a sigh of relief, as Gears of War 4 ended up receiving an 84 on review aggregate site Metacritic and selling millions of copies.

With Gears 5, however, the studio has faced a completely new challenge: after two-and-a-half years put towards demonstrating that you can make a game that looks and feels like Gears of War, where do you take the franchise from there?

“The thing that’s always interesting when you’re in AAA development is that whenever you get comfortable, you change it and then make it hard on yourself again,” says Rod Fergusson, studio head of The Coalition and a former director of production at Epic Games, the developer of the original Gears titles.

“After we’d gone through a new studio with a new team to build Gears of War 4, and we went through a bunch of work to get there and deliver it, we were like, ‘Okay, we have this figured out — we know how to make a Gears game,’ he says. “Now, we want to change up the formula and challenge expectations and have [taken] on things like the largest levels we’ve ever built, and the skiff and RPG elements and systems, and made it all challenging again. [laughs]”

Fergusson is referring to the fact that Gears 5 features drastically larger and more open areas than any prior Gears game, requiring the player to mount a skiff to traverse them. Meanwhile, levels are filled with a litany of side content to learn more about the world and unlock upgrades for Jack, a returning helper robot that can now provide player character Kait with all kinds of assistance on the battlefield. 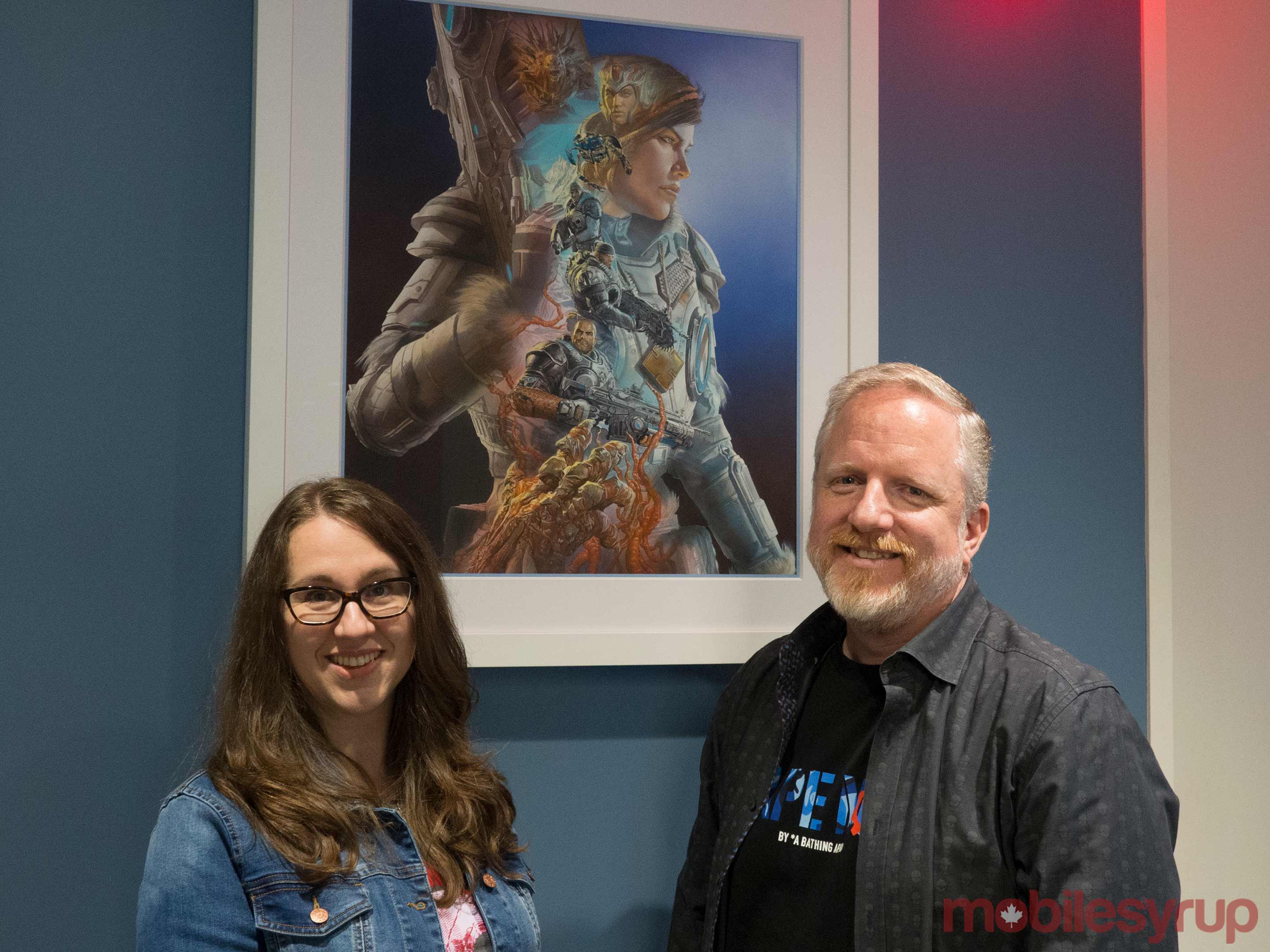 For The Coalition, being so ambitious with Gears 5 meant making bold changes to the development process, which took some getting used to.

“One of our tenants is [to] challenge expectations, which was also [true] for us as a dev team — to challenge our expectations of how we worked before and how we were going to have to work a little bit differently because we were innovating so much,” says Zoë Curnoe, Gears 5 lead campaign producer.

“Something we did, [which] we did a little bit on Gears 4 and then really fleshed out on Gears 5, is a ‘vertical slice,’ where you take a slice of the game and each element is really polished and almost ‘done.’ And you show just that little slice of the game. Well, [with Gears 5] we took it and spread it out; we called it more of a ‘horizontal slice.’

According to Curnoe, this meant painstakingly ensuring early on that most major aspects of the game — weapons, ally characters, the skiff, environments, placeholder cinematics and the like — were playable from beginning to end of the campaign. 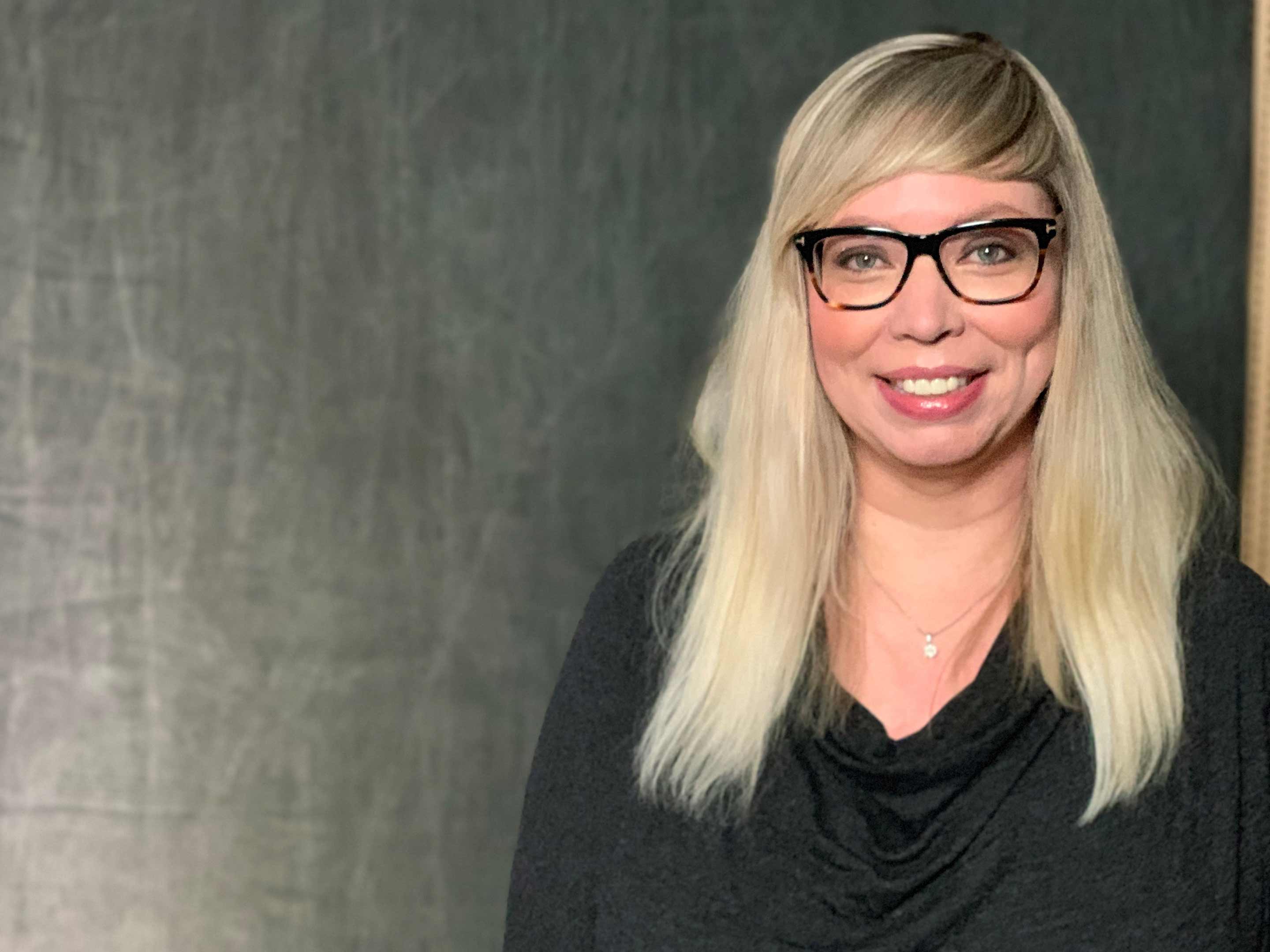 “That’s something that, for a lot of people on our team, was a new thing to do, but we got everyone on board with that. And so that helped us see a lot of the newer things we were bringing in. ‘Are certain things we’re doing a little too complex? Are we doing things in the right ways? Is this level maybe a little too long? Are we getting the story across?'” says Curnoe.

“Being able to do that a couple of years before shipping is a pretty unique process. So that was a different way of working, of being able to see the more challenging things that we’d introduced and whether they were working or not.”

“I think what you see is a studio coming into [its] own in terms of maturing [its] technology and [its] processes,” says Fergusson of The Coalition’s work on Gears 5. “We’ve really built upon the foundation.”

Another big change between Gears of War 4 and Gears 5 was the introduction of Xbox Game Pass, Microsoft’s premium subscription gaming service that offers unlimited, on-demand access to an ever-growing library of games, including all previously released Gears games.

With Game Pass, Microsoft also includes every one of its Xbox Game Studios-published games on launch day. Naturally, this opens up Gears 5 to a larger and more diverse audience than ever before, particularly those who may have never experienced the franchise before. With that in mind, The Coalition had to approach Gears 5 somewhat differently. 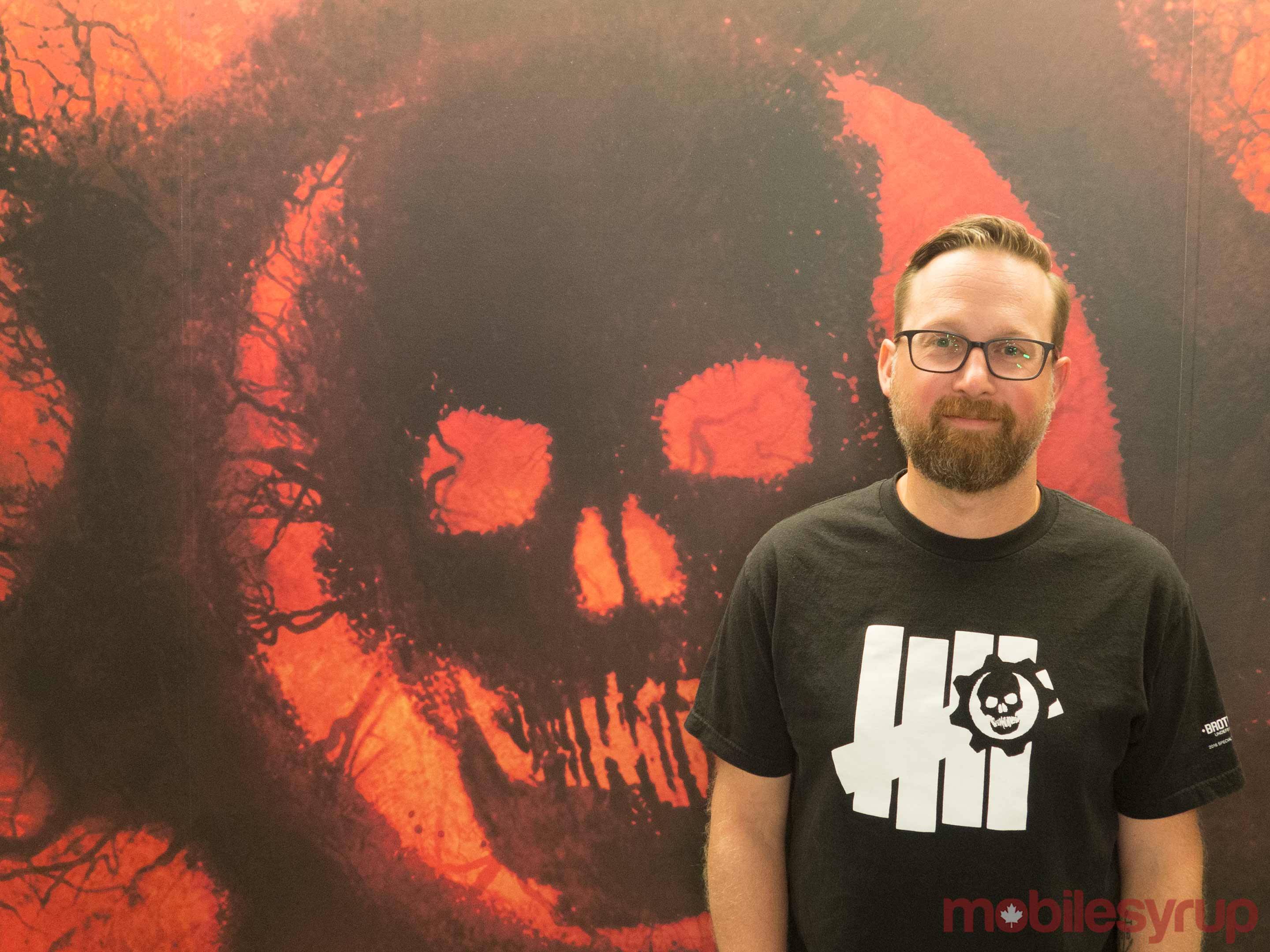 “We knew that Gears of War 4 had been quite popular on Game Pass, actually, and for quite a lot of people who played it on Game Pass, it was also their first Gears game. It’s a good thing to look at and understand,” says Matt Searcy, campaign design director on Gears 5.

“So when we built the campaign, we weren’t only thinking about it always in terms of, ‘how do we make sure that this feels like a great Gears game?’ but also, ‘how can we make sure that when people show up and they want to try this out, there’s a path for them and a bunch of approachable parts to the game?'”

This encouraged The Coalition to create a ‘Boot Camp’ that runs players through all of the basic and advanced mechanics of a Gears game and a ‘Previously on Gears’ video to catch fans up on the franchise’s long-running story. Meanwhile, the multiplayer team offered newcomers a ‘Tour of Duty’ system to guide players into online modes, as well as Jack as a playable character.

“It’s super exciting. It’s exciting but also a little scary that there’s like millions of people waiting to go to press the button at midnight and start playing — I weep for the servers,” Fergusson says in regards to Gears 5‘s day one availability on Game Pass. 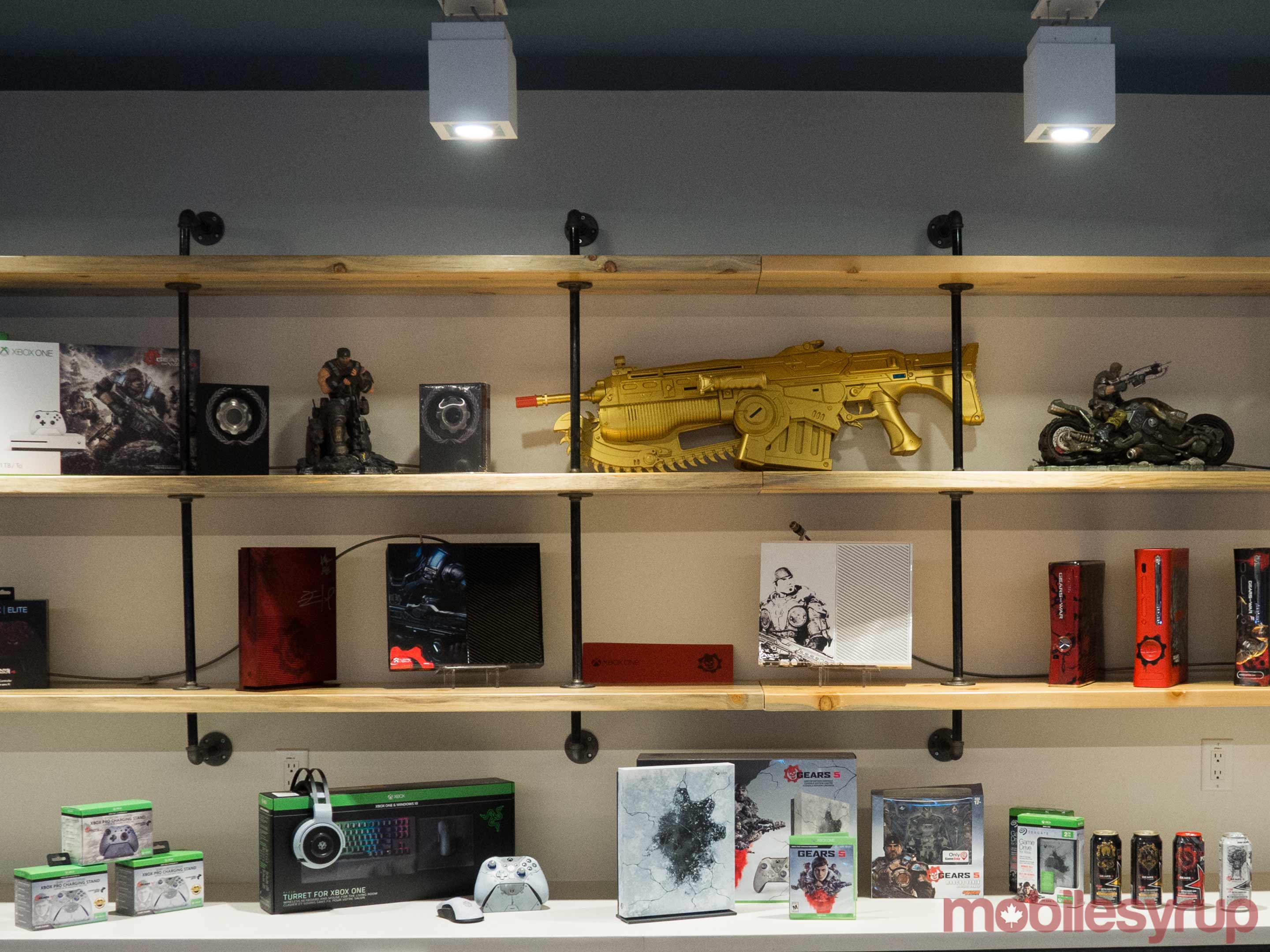 “When I came here in 2014, the goal was to grow the franchise and expand its reach. And I think Game Pass is going to be one of those things that’s really going to enable that to happen, because now you have millions of people who don’t have an [$80 CAD] barrier between them and the experience. Even if they just want to try it, they can just press a button and now they’re in Gears and they can see what they how they feel about it […] I think this is a really important moment in the lifecycle of the Gears of War franchise.”

Sticking to your guns

While Gears 5 is more accessible than previous games, the team chose not to take the opportunity to make too many changes in an effort to draw in even more people and risk deviating from what Gears is all about.

As Fergusson notes, many modern games offer either a purely single-player experience or multiplayer-only content, with the latter being particularly popular now with the rise of battle royale modes in titles like Fortnite. In fact, some games, such as Call of Duty: Black Ops 4, have actually removed singleplayer campaigns and place a greater emphasis on multiplayer content, especially battle royale modes.

However, Fergusson says it was important for the team that Gears 5 stayed true to the franchise’s traditional offering of a full-fledged campaign on top of a robust suite of online modes. 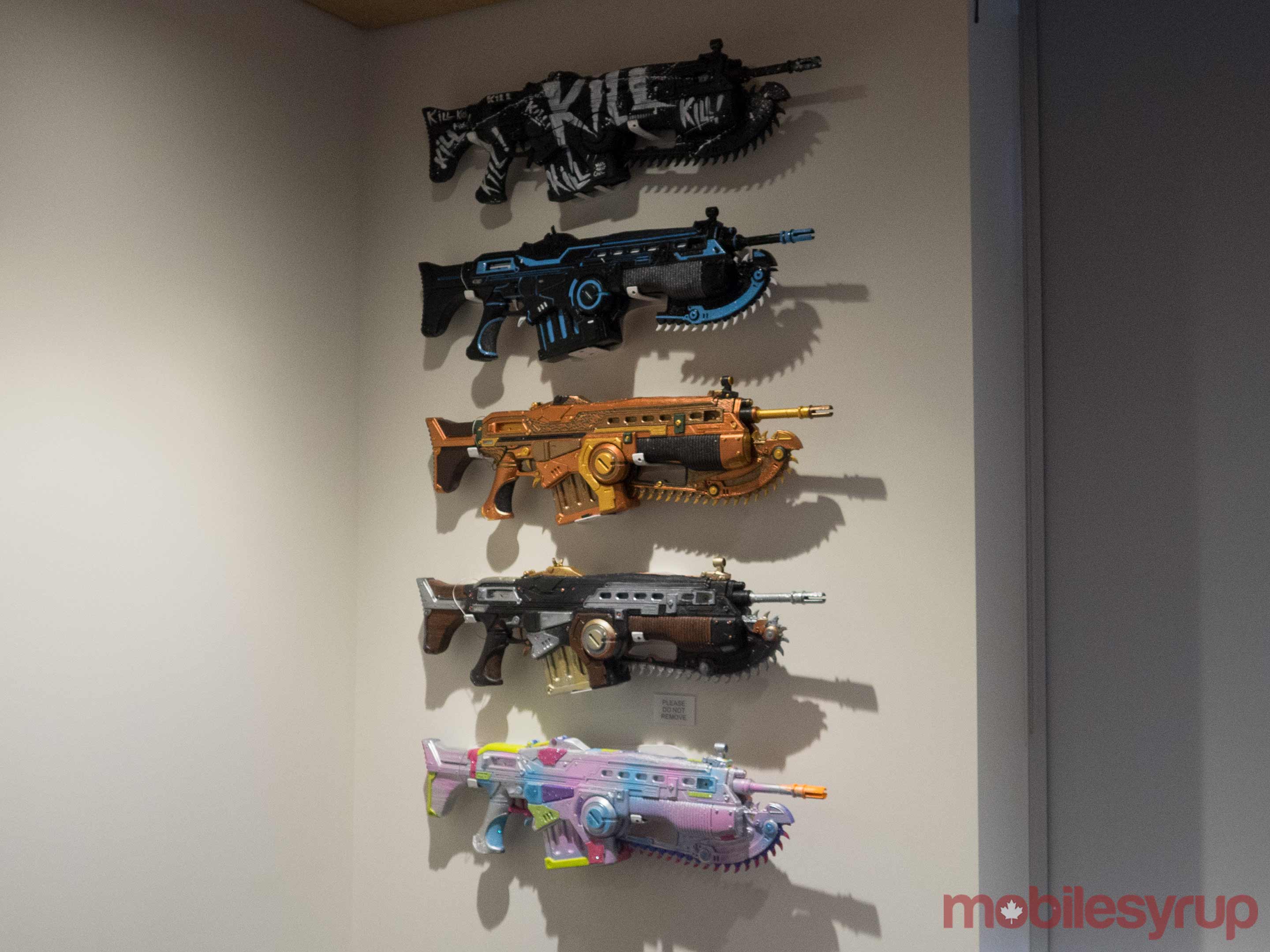 “Story is one of the things that I’m really passionate about. Telling cool stories is something that really really interests me,” he says. “And I think even if you’re going to do a multiplayer-only experience, I think you need to find a way to world build and provide context and meaning to those characters.” Fergusson cited Gears 5‘s new co-op Escape Mode, which follows three ‘Hivebuster’ characters who are fleshed out in a comic book that fans can read to learn more about them.

“Having contextualized experiences is important […] because if you don’t have that story, then you’re just really [only] into a character’s design. You’re not really into who they are or what their personality and experiences are.”

“One of our new characters is Fahz and just from the tech test [in July], we hear all these people who just love playing Fahz as a multiplayer character,” added Gears of War franchise narrative lead Bonnie Jean Mah. “So just knowing that those on the campaign side are getting to know him as a character and then bringing that enthusiasm into multiplayer is great. It gives you a reason [to play].”

In general, Fergusson says he’s not so much concerned with larger gaming trends like battle royale, but rather making sure the studio is running well. 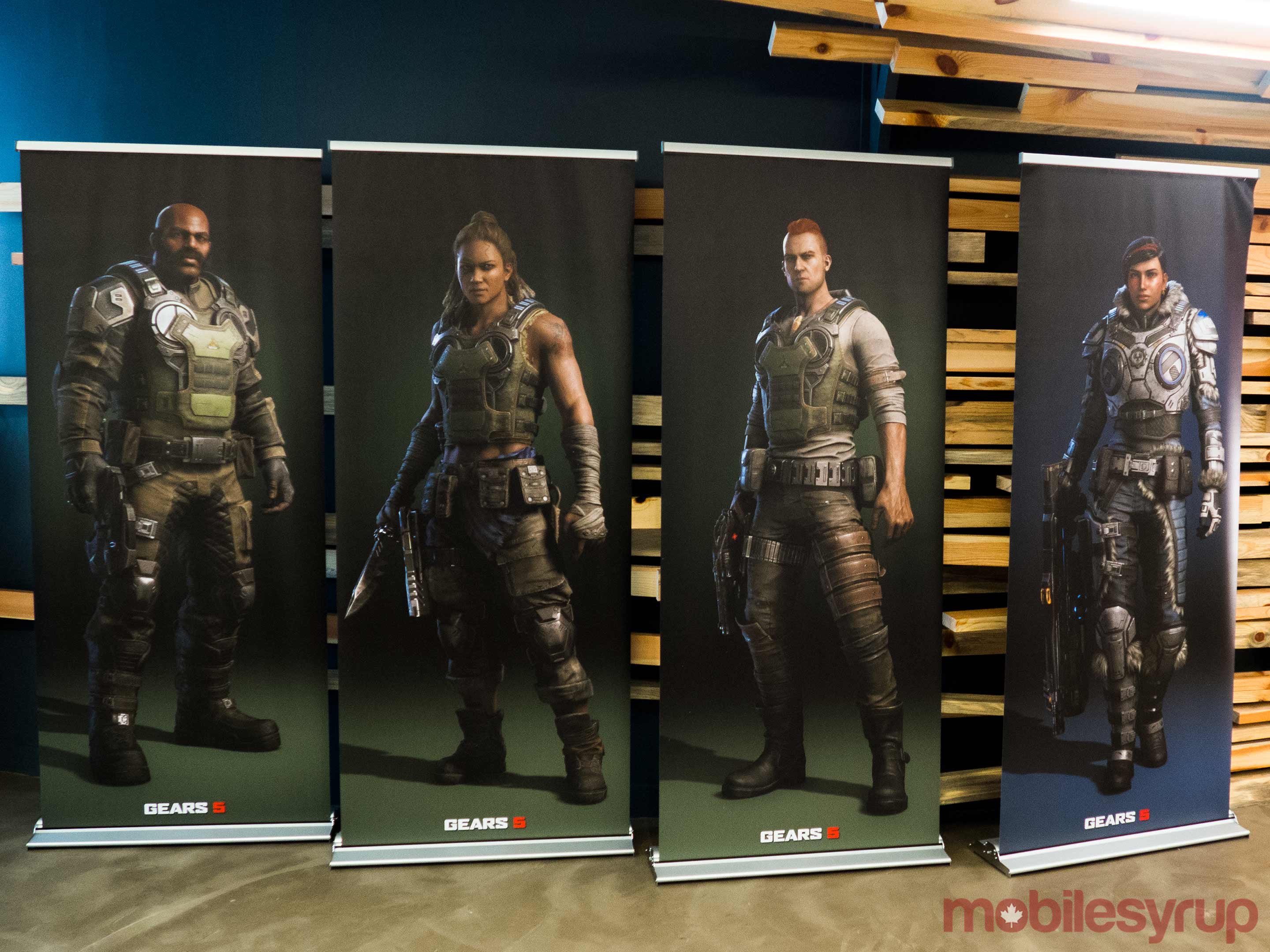 Indeed, “culture” is a word that Fergusson brings up repeatedly during the interview. When asked how The Coalition’s Canadian culture factors into the development of Gears 5, he emphatically states that it plays a major role in getting everything to pan out.

“What I really love about working in the studio is there’s sort of a Canadian aspect to it. I’ve been in other studios that are East Coast and super aggressive and table-flipping and yelling, and it’s way nicer to be in Canadian studio where it’s not about who yells the loudest — there’s a respect that goes across. Culturally, it’s just easier to work with,” says Fergusson. 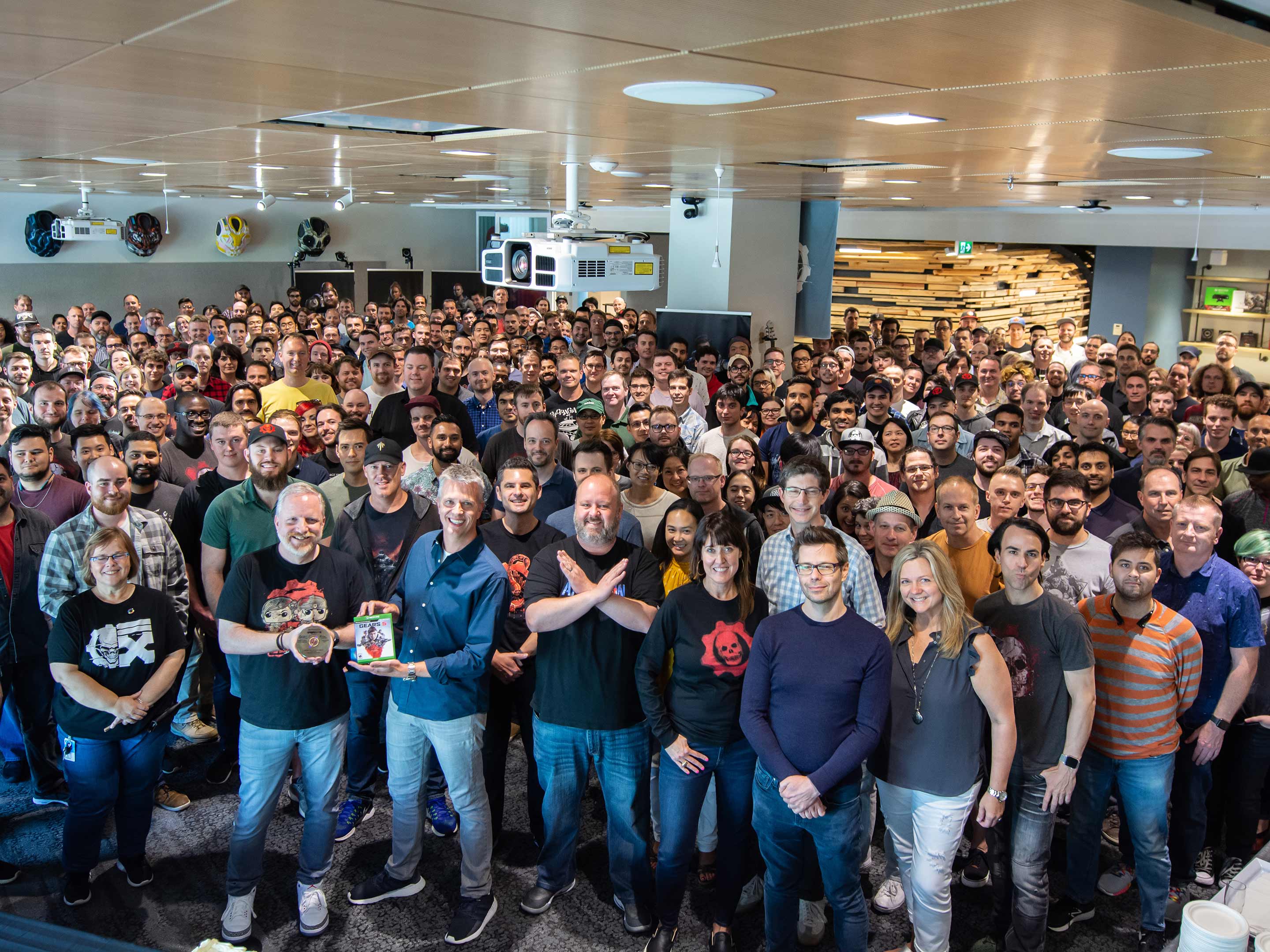 The Coalition celebrating the completion of the game

“At The Coalition, we’re part of Microsoft but we’re all still a bit distant. We’re not in Redmond [Microsoft’s headquarters], and that distance gives us a little bit more freedom to have a bit of a Canadian point of view on making Gears,” added Mah. “We attract people from all over the world to work on this game. It makes the Vancouver game community stronger to have all of this talent come in and they’re here to work on Gears, which is pretty awesome.”

“Part of my joy of getting out of bed and coming into work is getting to work on Gears of War, and part of it is getting to work with some of the best people in the industry,” says Fergusson. “You won’t find somebody better than them at what they do. To be able to interact with them on a day-to-day basis and get better through that interaction is just an amazing part of the job.”