Gears of War 4: How a Canadian studio took ownership of one of Microsoft’s biggest franchises and made it its own 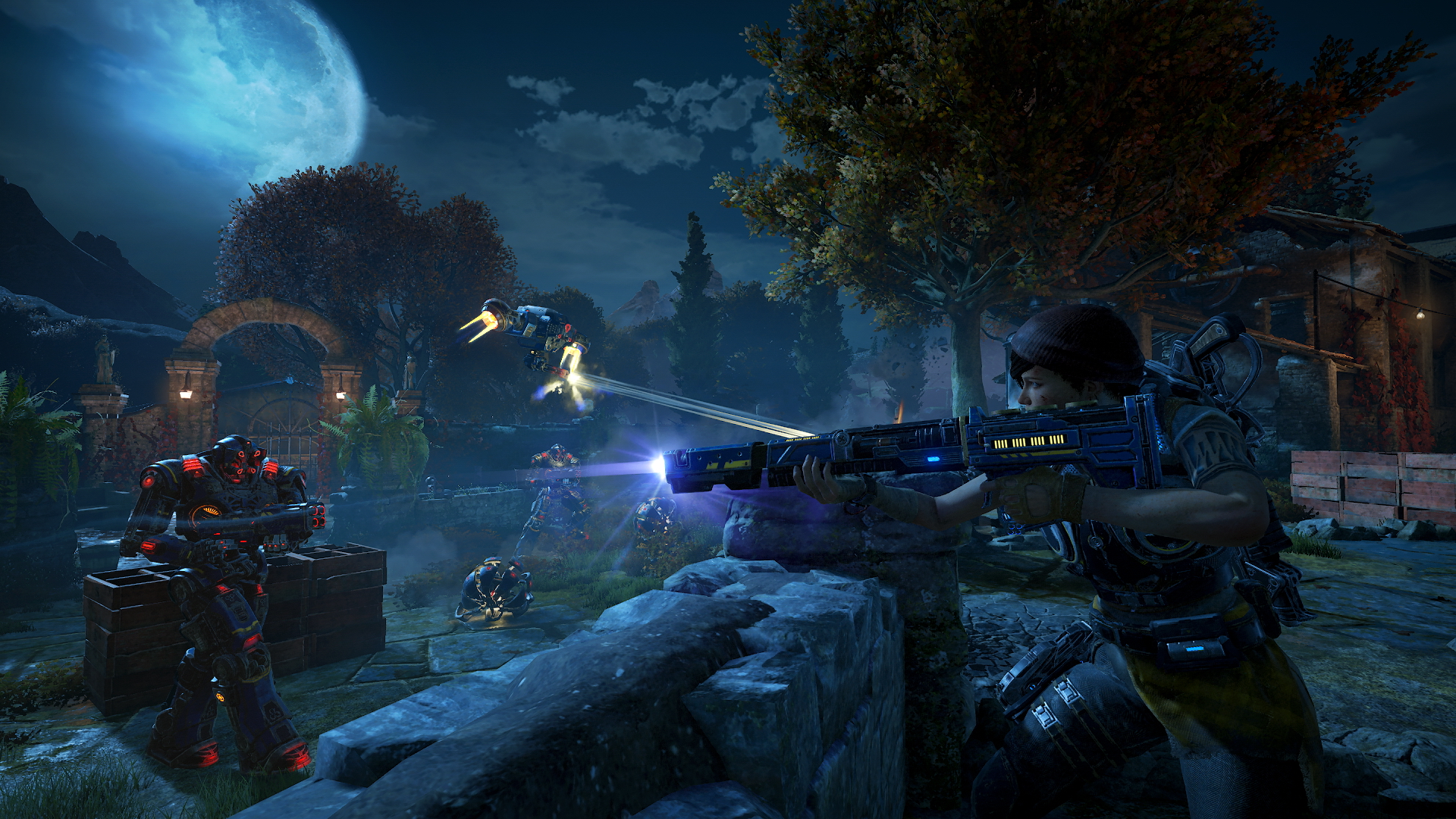 “I was a coach without his team,” says The Coalition’s Rod Fergusson, when I ask him about his time at Irrational Games.

Fergusson came to the Boston-based studio back in 2012 to help the team there close out development on Bioshock Infinite, the sequel to the immensely popular 2007 first person shooter Bioshock. Penned by series creator Ken Levine, Infinite had a notoriously difficult five-year development cycle. 2K Games, Infinite’s publisher, hired Fergusson because of his reputation as a closer, a producer capable of delivering a game on time and within budget. 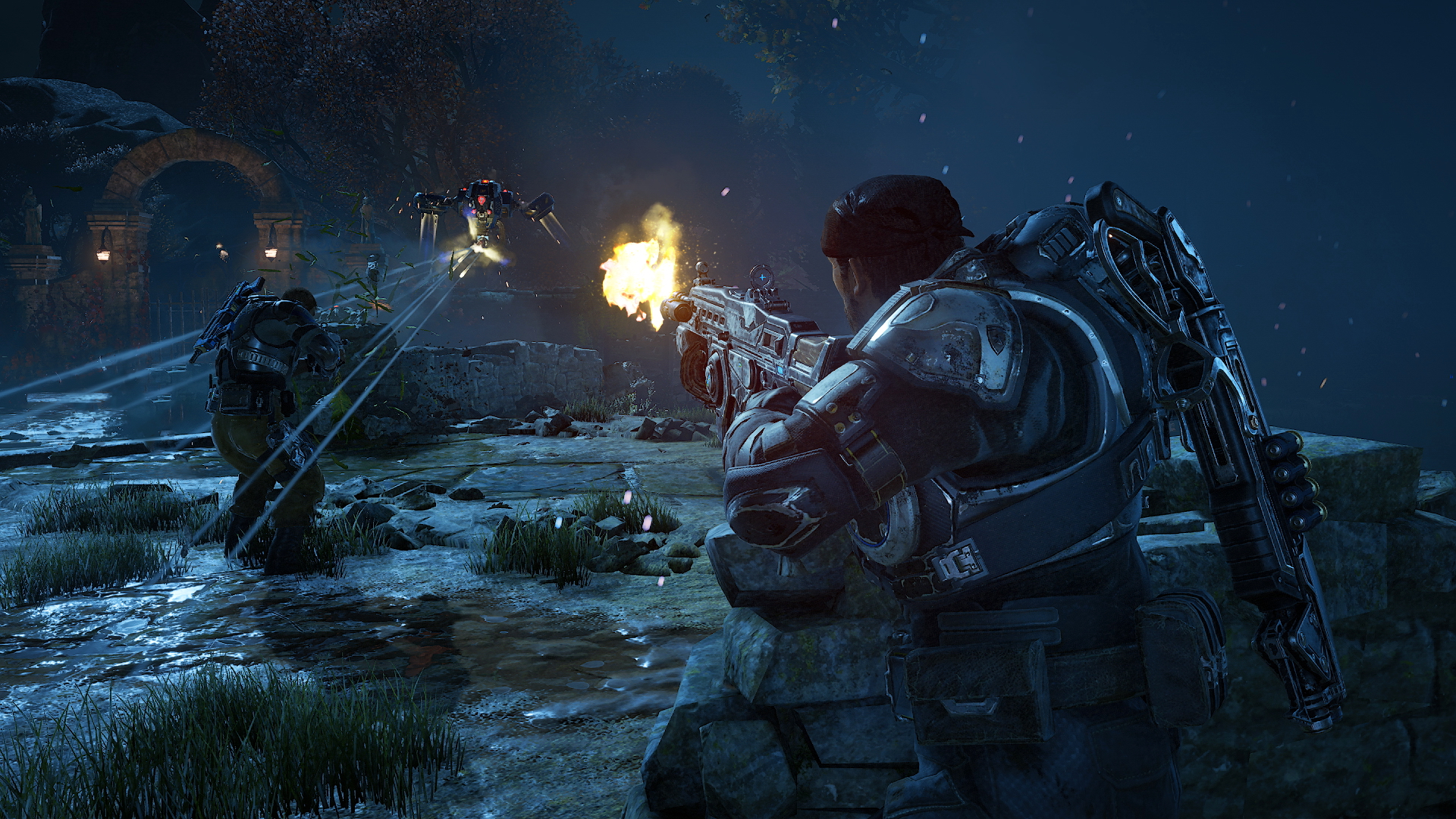 However, Fergusson, now in his late 40s and best known for his work on the Gears of War franchise, admits that at the time he wasn’t sure he could get the job done. At Epic, the North Carolina-based studio where Gears of War was conceived, he had one of the most talented development teams in the video game industry behind him.

“As a producer at Epic, I had amazing support,” he says. “If I dropped the ball, I had really talented leads like Chris Perna, Ray Davis and Cliff Bleszinski to pick me up. When I went to Irrational, I didn’t know if I could do it without my old team behind me.”

But Fergusson and the talented team at Irrational did deliver. When Bioshock Infinite finally came out on March 26th, 2013, it garnered both critical and popular acclaim; to date, the game has sold more than 11 million copies. 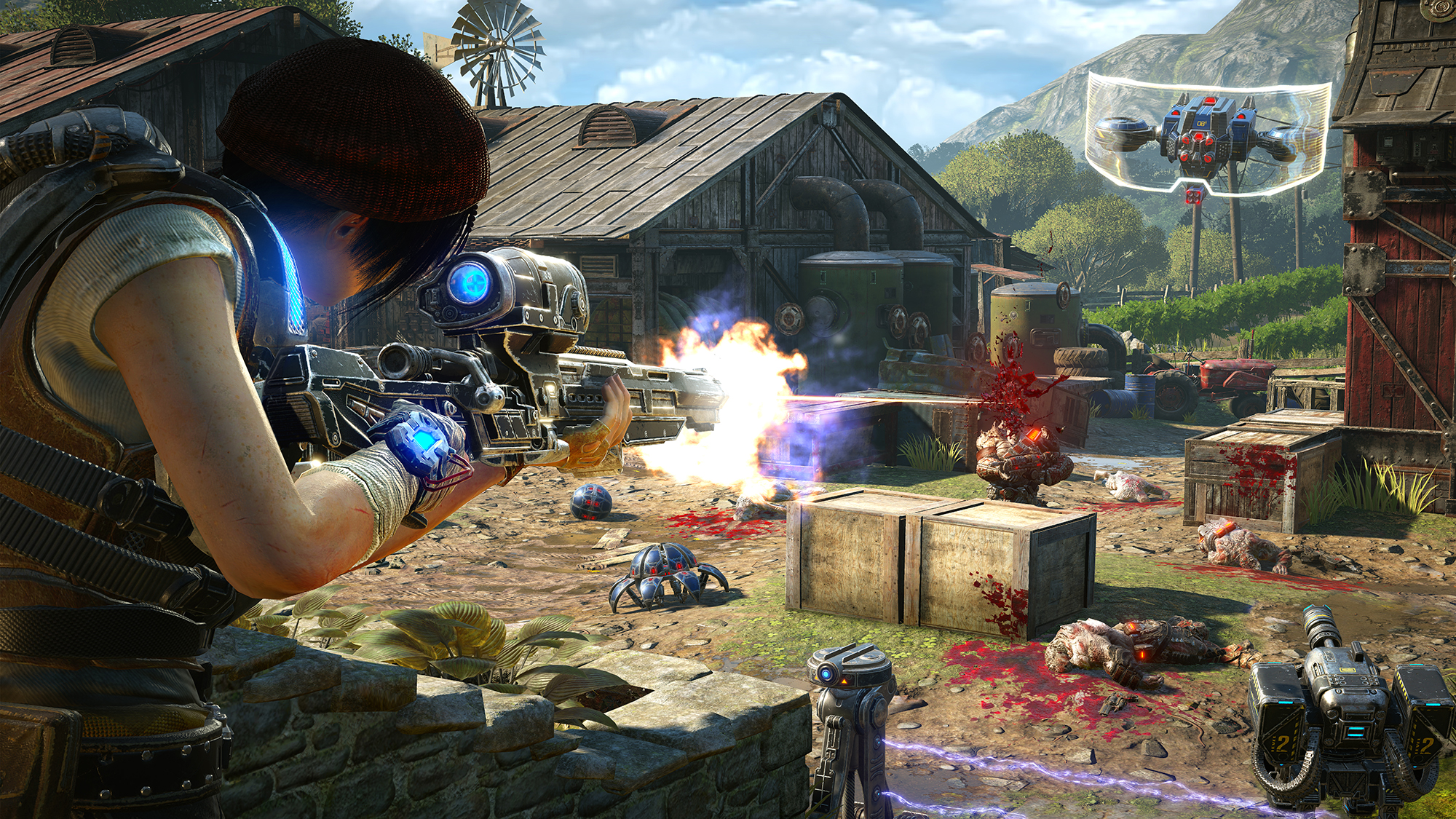 When Fergusson announced his departure from Irrational shortly after Infinite shipped, industry onlookers didn’t have to wait long to find out where he had landed.

On January 27th, 2014, Microsoft announced it had acquired the rights to Gears of War from Epic, and that it had hired Fergusson to oversee the creation of the franchise’s next chapter, Gears of War 4.

In game design, there are few less enviable scenarios than development hell, but Fergusson says he came into The Coalition with some of the same concerns he had going into his job at Irrational. Primarily, he wasn’t sure he could make another Gears of War game without the team he had at Epic.

“At Epic, I never had to say, ‘Is that Gears?’ Here, we had to test ourselves to see whether what we were building was Gears,” he says. 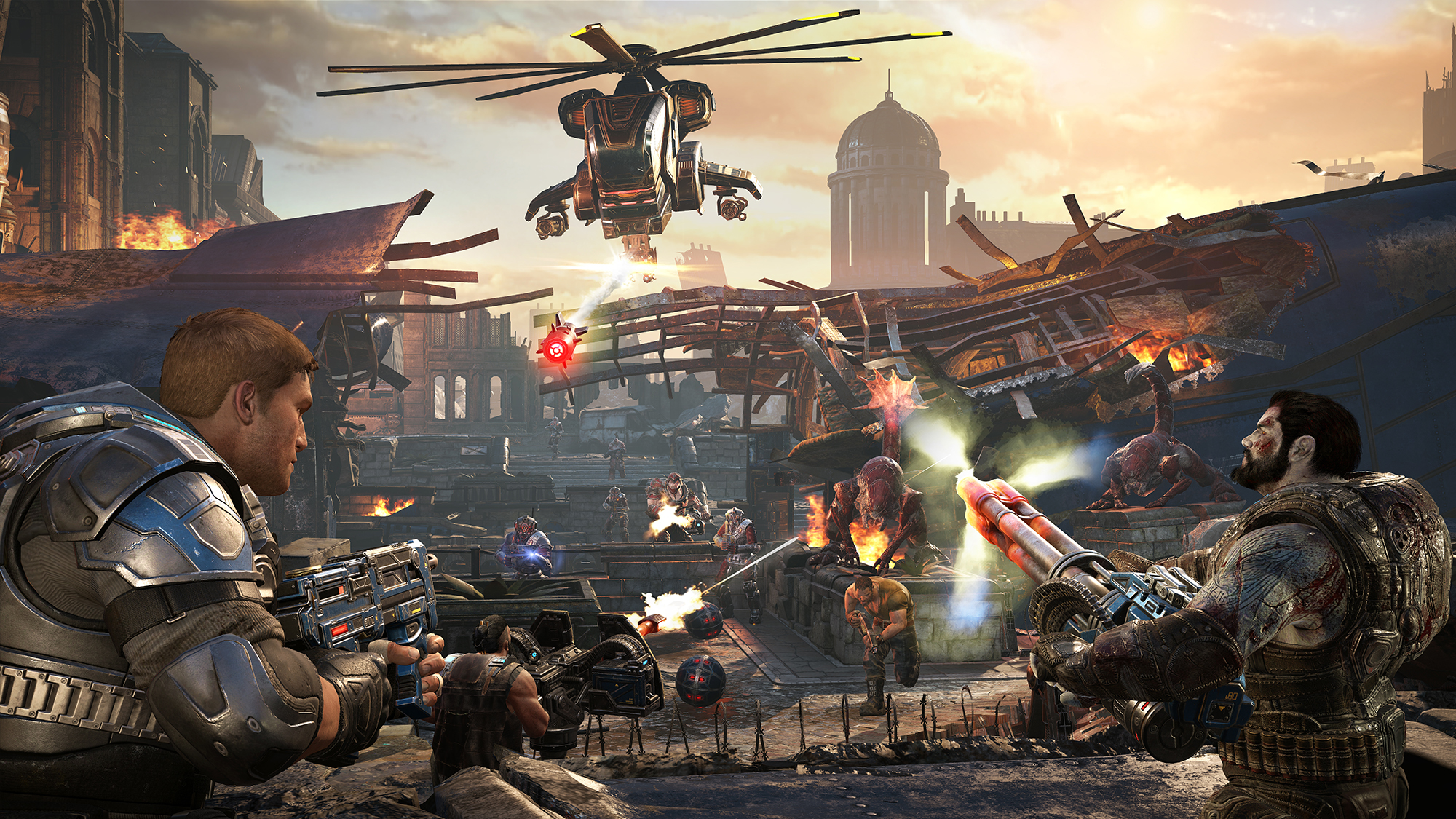 Set to release on October 11th, Gears of War 4 is the second game in the franchise developed outside of Epic. The first, 2013’s Gears of War: Judgement, created by Warsaw, Poland-based People Can Fly, was met with a lukewarm response from fans upon release, and marked a downturn for the once generation-defining franchise.

Prior to release, Judgement looked like it had a lot going for it. While not a major commercial success, People Can Fly’s previous game, Bulletstorm, was praised by critics and players alike for its inventive gameplay. In crafting the story for Judgement, the studio also had the help of former Grantland writer Tom Bissell. But for a number of reasons, the game didn’t resonate with the franchise’s core audience.

When it acquired the rights to Gears from Epic, Microsoft tasked The Coalition, formerly known as Black Tusk Studios, to bring the franchise to its new generation of Xbox One gaming hardware. 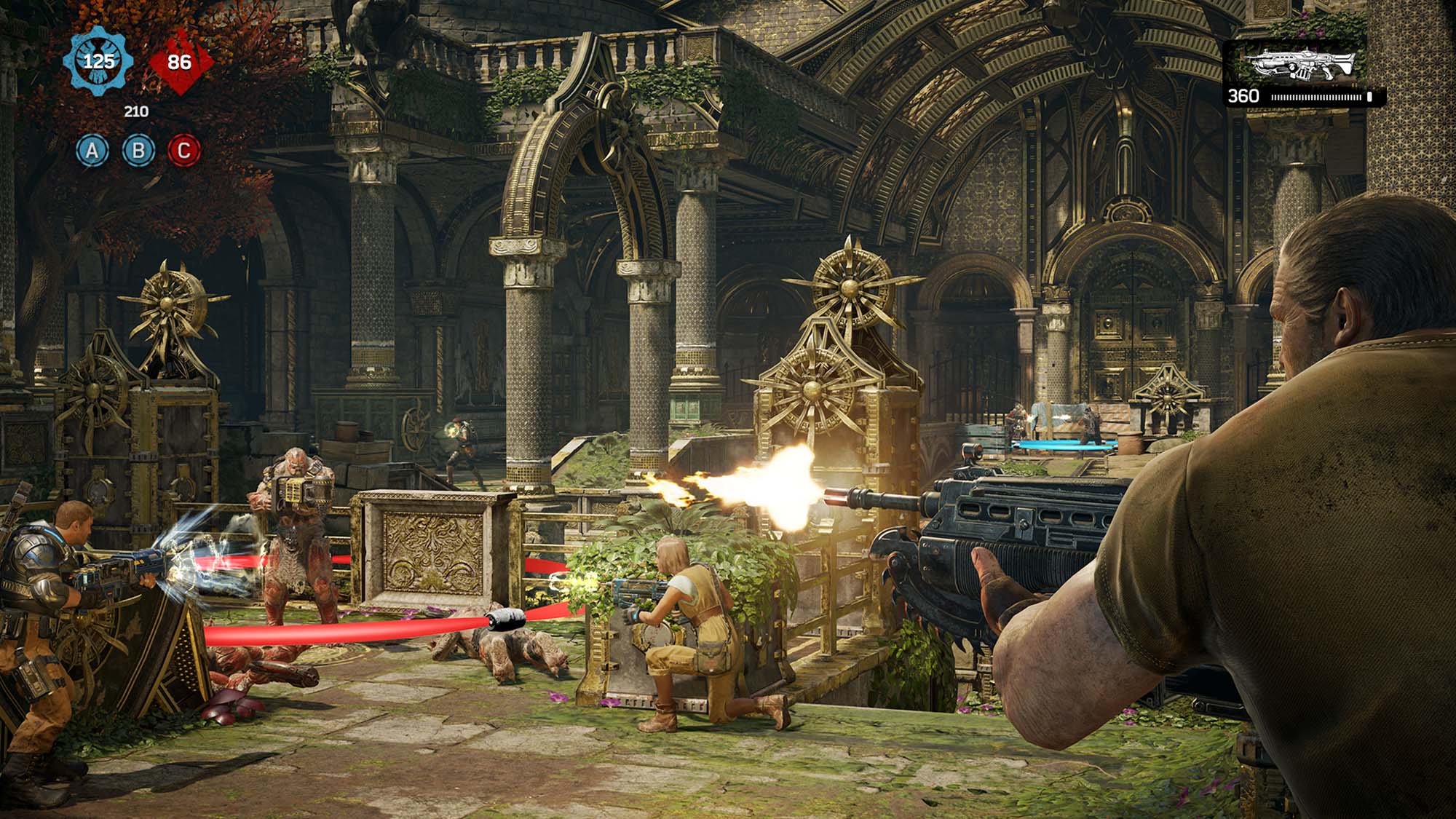 Besides Gears of War: Ultimate Edition, a remaster of the original game, which the team at The Coalition made as a way to learn what makes a Gears game tick, most of the 200 plus person studio had not worked on a Gears game prior to Gears 4.

For obvious reasons, Microsoft didn’t want a repeat of Judgement. There’s just too much riding on the game’s success this time, which is why it brought in Fergusson to try and catch lightning in a bottle a second time. Microsoft will find out if it made the right move in about a month’s time, but it’s clear talking to Fergusson this is a game he’s proud of, and that most of his fears were unfounded.

“I went into this thinking how are we going to create this game without the people who were so fundamental to making the experience in the first place,” says Fergusson. “But what you see is smart, talented and passionate individuals rise to the challenge and they eventually come to own their own piece of it.”

He adds, “Is it exactly what we would have made at Epic? No, not even close. I assure you we would have an entirely different type of game, but is it a Gears game that I’m very proud of? Yes. Absolutely. I think it’s one of the better Gears games.”

Fergusson says a big part of the reason he thinks Gears 4 is a success is the predominantly Canadian development team that helped make it. 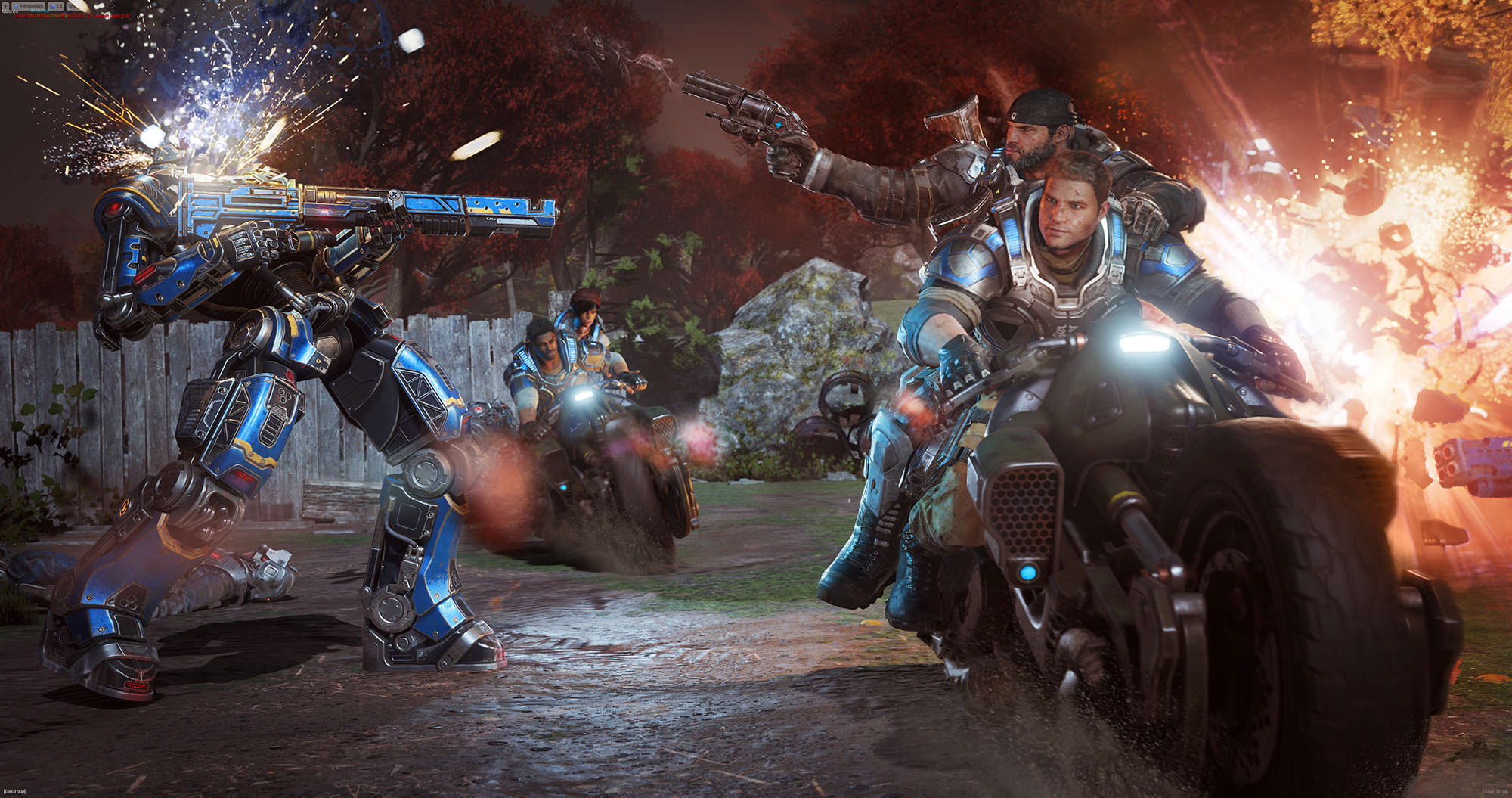 “To me, the ability to successfully transition to The Coalition is something I can attribute to the studio being Canadian,” he says. “At its core, The Coalition is a Canadian studio not because of geography, but because of the sensibilities of the people that work here. They’re genuine and caring. It sounds stereotypical — the nice Canadian thing — but it is true in a lot of ways. I think what makes the studio such a magnet for international talent is that it’s really easy to fit in here; it’s easy to come together and work in a collaborative way.”

Having played Gears of War 4 for a number of hours last week, I’m inclined to agree with his assessment of the game. What starts off as a familiar experience quickly shows a number of smart and thoughtful additions to the core Gears of War gameplay experience.

Enemy design, for example, was one standout. Partway through its campaign, Gears of War 4 introduces enemies called Pouncers. These large quadrupedal creatures jump from cover to cover, shooting deadly quills as they move. One’s initial reaction is to engage them from a distance, but their tough shell means the player probably won’t have enough ammunition to take on more than one.

The smarter way to deal with them is to bait into a melee attack. A well-timed strike from the Lancer’s chainsaw bayonet will eviscerate the creature, but mess up and suddenly your character is stuck in a life-or-death QTE sequence. A lot of the other enemies featured throughout the game reward this type of high risk, high reward play. 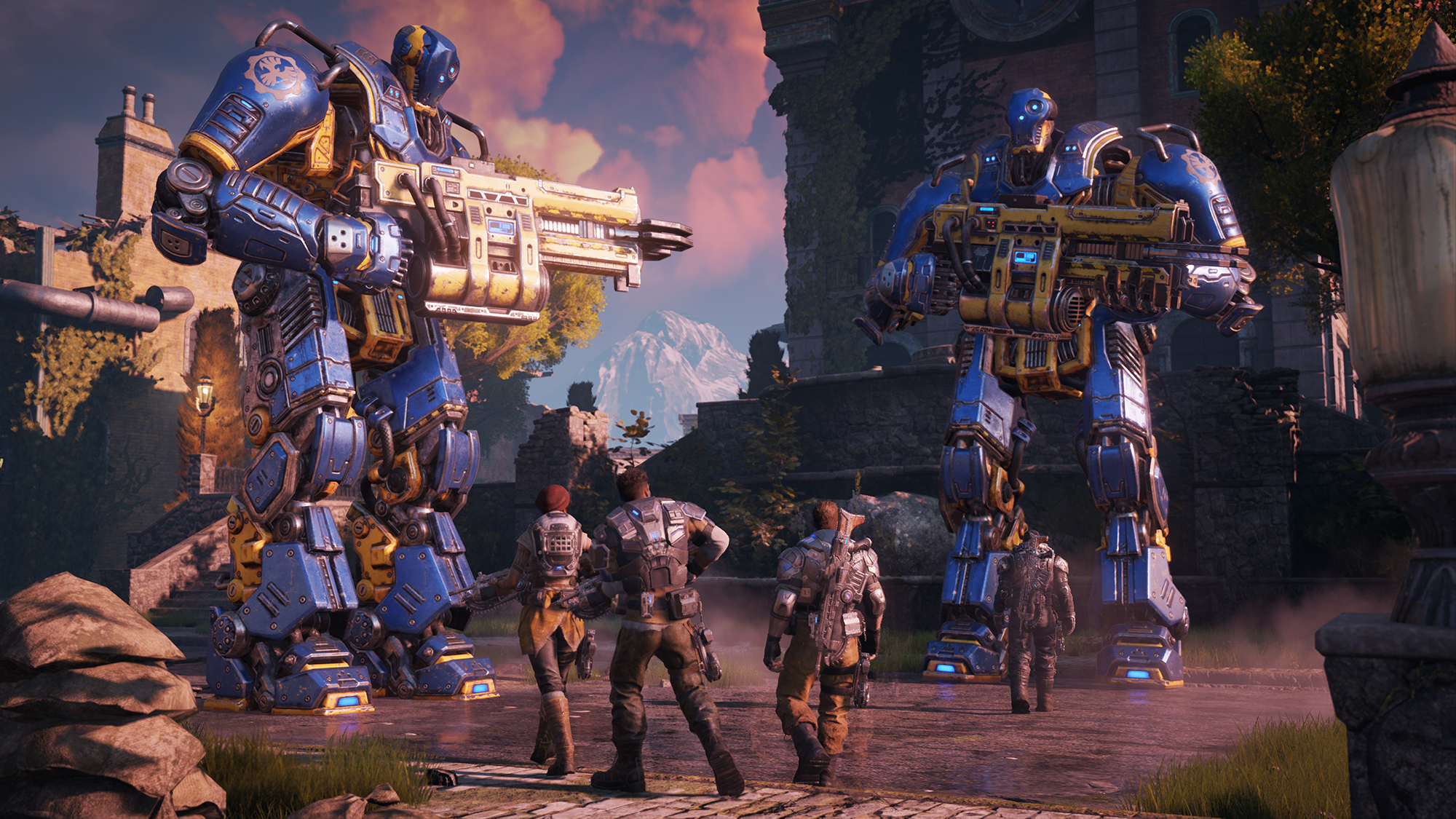 Matt Searcy, the game’s lead campaign designer and one of the individuals Fergusson says came to own his role, says the team wanted to respect the heritage of Gears.

“I think people are going to find that, yeah, it’s a Gears of War game, but I also think players are going to be surprised by how many little new things are in the game, whether it’s the story, the characters, the weapons, the way that we reimagined horde mode,” he says. “When you start playing it, you begin to find a bunch of new things, and that’s what is going to surprise people.”

Strangely, it’s that reverence for what made Gears great in the first place that has helped make Gears of War 4 into a potential sleeper hit. For one of the biggest budget titles set to come out this fall, excitement for Gears of War 4 has been unusually subdued, a fact Searcy attributes to the challenge of taking a franchise into maturity.

“When Gears of War one came out, it was new and it was fresh. This was something that people hadn’t quite seen before, and that was a long time ago. That was almost a decade ago. A lot has happened since then,” he says. 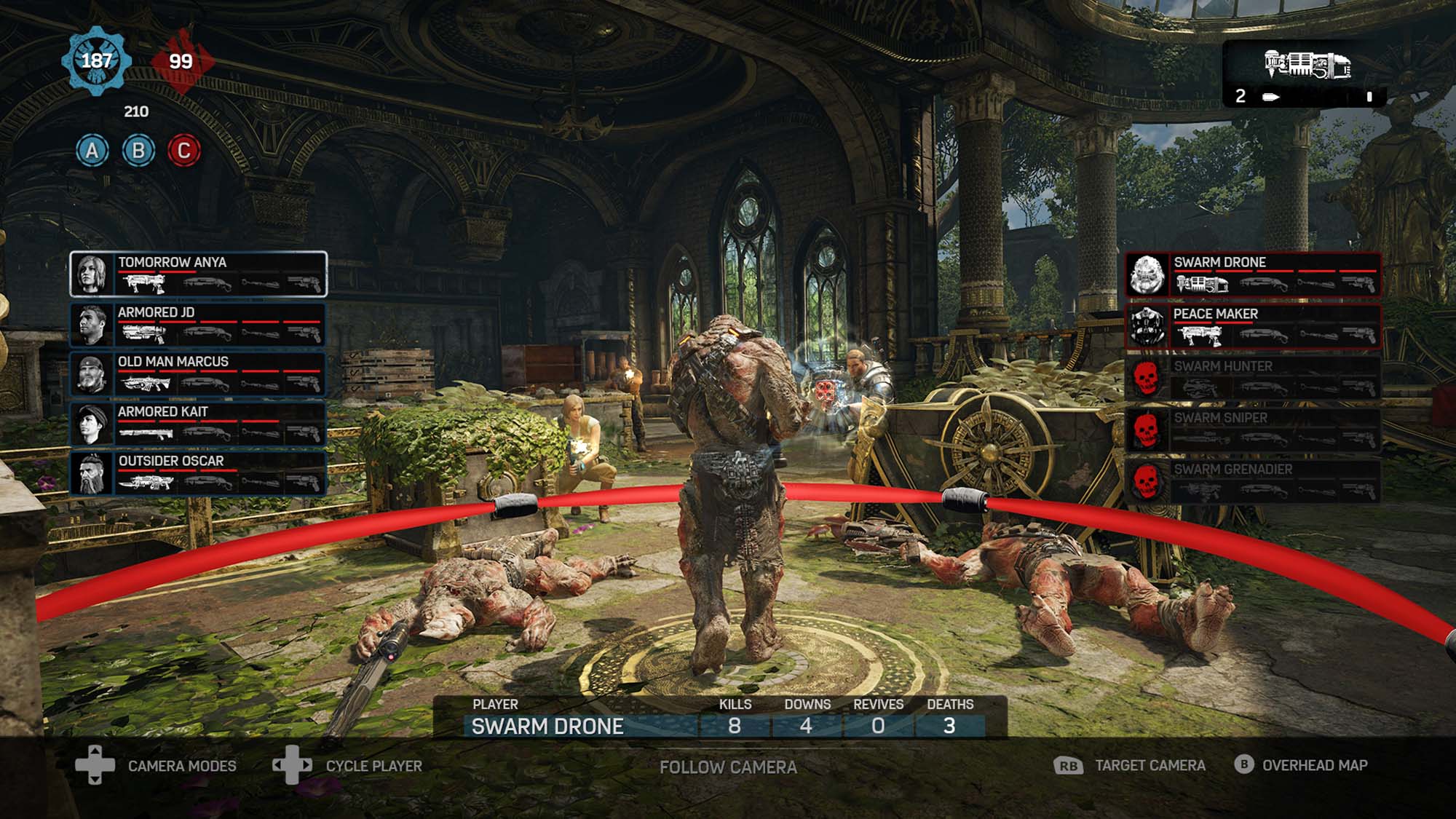 In fact, Searcy says his biggest fear is this game he spent two-and-a-half years working on not resonating with longtime fans of the series.

“It might sound weirdly unambitious, but my worst fear would be Gears of War fans not liking it. There’s this passionate community out there that loves this franchise’s characters, mechanics and multiplayer game modes,” says Searcy.

“You can’t take their emotional investment in a franchise for granted, and so even though we did things differently, we spent a lot of time and effort building something that we thought would resonate with Gears of Wars fans.”

He and the rest of the team will out what the Gears of War faithful think of their attempt on October 11th. Until then, there’s still work to do.

“The truth is that as a game developer all you see in the final months of a project are the things you wish you could make better,” says Searcy. “The final push this month is all about how many of those thousands of little things can we make awesome.”