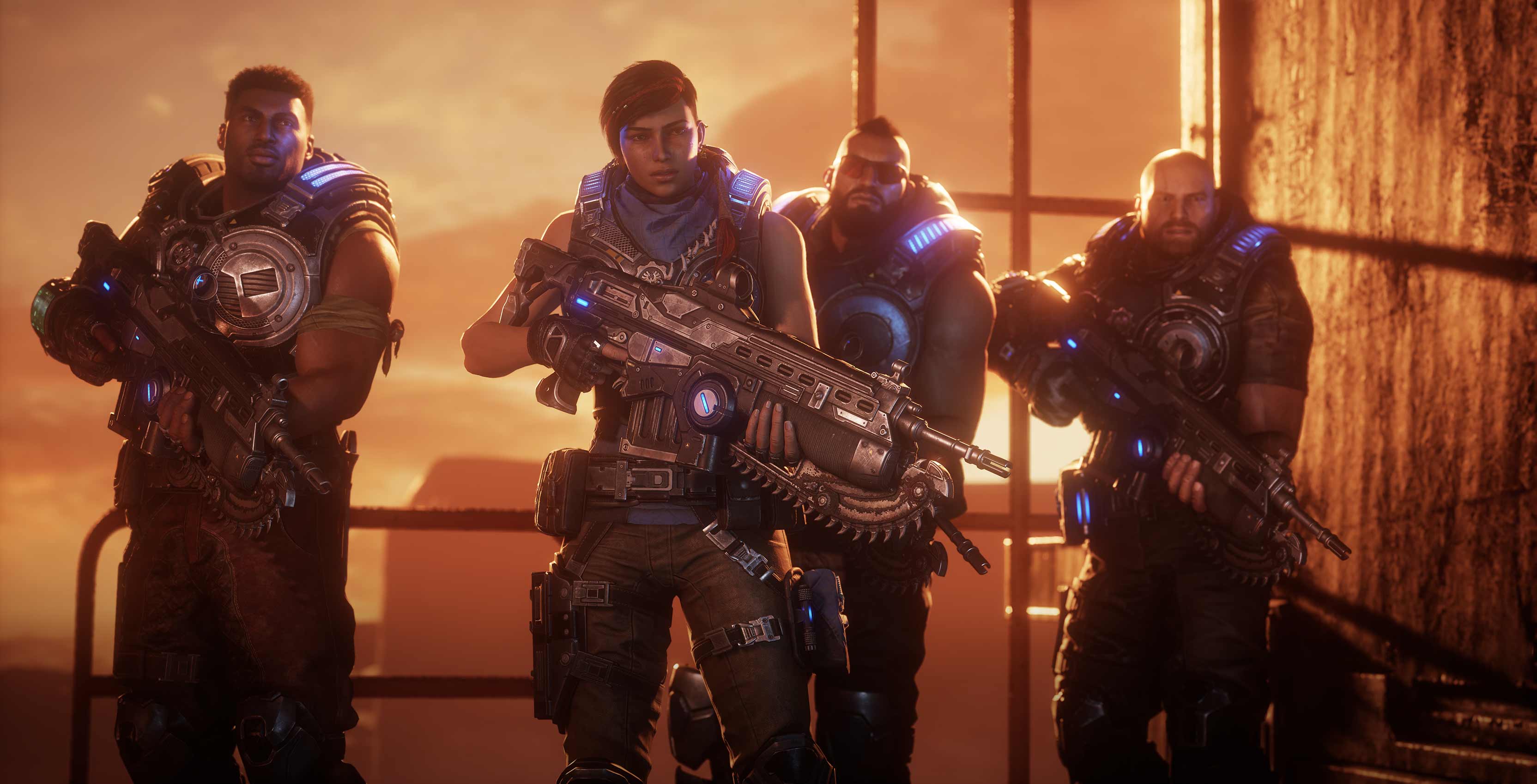 Despite my best efforts, I’ve never been able to get into Gears of War.

After playing through all of the first game and parts of the second, I’ve certainly developed a lot of respect for the beloved third-person shooter franchise, although it’s still never truly grabbed me. Instead, I’ve always gravitated towards Halo in terms of Xbox exclusive games.

That’s why I’m pleasantly surprised to find that Gears 5 — developed by Vancouver-based The Coalition — is really speaking to me. After extensive hands-on time with Acts II and III of the campaign, I’m not only excited to play the final product, but I’m also eager to go back and play the rest of the franchise.

Following the events of Gears of War 4, Corporal Kait Diaz begins to investigate her mysterious lineage while preparing for an incoming threat. Despite not knowing much about Kait outside of what was detailed in a helpful ‘Previously on Gears’ recap video, I quickly found myself intrigued by her story. Without giving anything away, the early events of Act II propel the plot forward with great momentum and got me emotionally invested in Kait’s struggle.

I’m all for deeply personal stories, and Kat’s journey of self-discovery so far seems very much in that vein. Meanwhile, teasing how her quest will dig into the origins of Locust alien race ensures that longtime fans of the series will get some new and juicy bits of lore to dig into.

Further, The Coalition has smartly weaved these narrative threads into Gears 5‘s moment-to-moment gameplay. Throughout the game, Kait will experience startling Locust-related visions. The unpredictability of when these appear — as well as how they may affect the gameplay — often kept me on my toes. More importantly, they served as a clever and engrossing way to illustrate Kait’s mental state, which further attached me to her character. 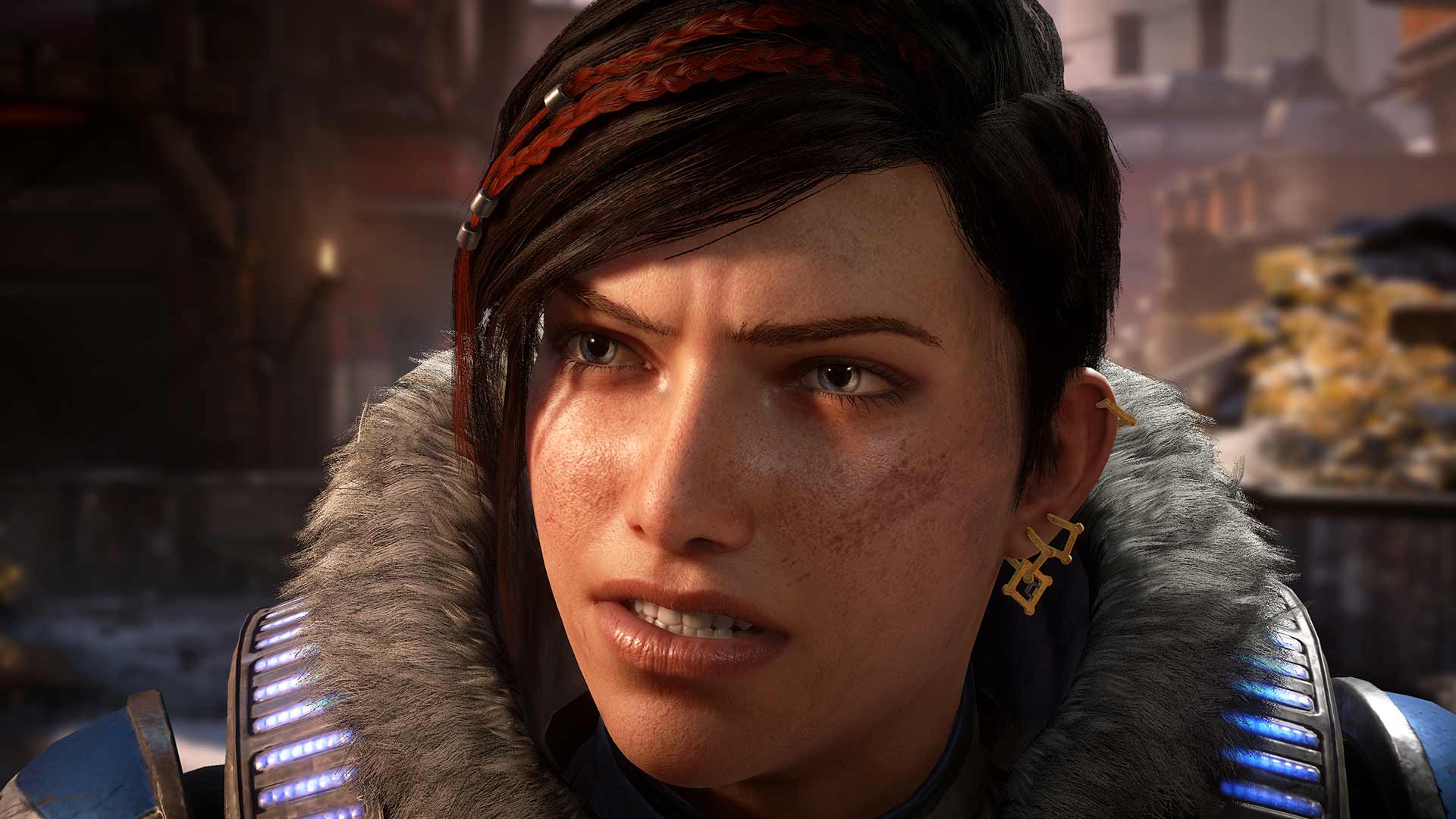 “We knew it was important that, as she went on her journey, we did things to connect to her past and the way she was feeling inside,” says Gears 5 campaign design director Matt Searcy. “So you get a feeling of the weight of what she’s going through and not just what it means to her, but what it means to the story of Gears of War.”

Best of all, these story beats complement the heart of the Gears experience — the action. As you’d expect, those core mechanics are just as tight, responsive and fluid third-person shooting as you remember. Moreover, Gears 5 boasts several gameplay changes and new features that make combat even more dynamic and engaging.

The biggest addition to Gears 5‘s combat is Jack, the hovering robot that accompanied you in the original Gears trilogy. This time around, Jack plays a significant role in combat, rather than just being a background presence. 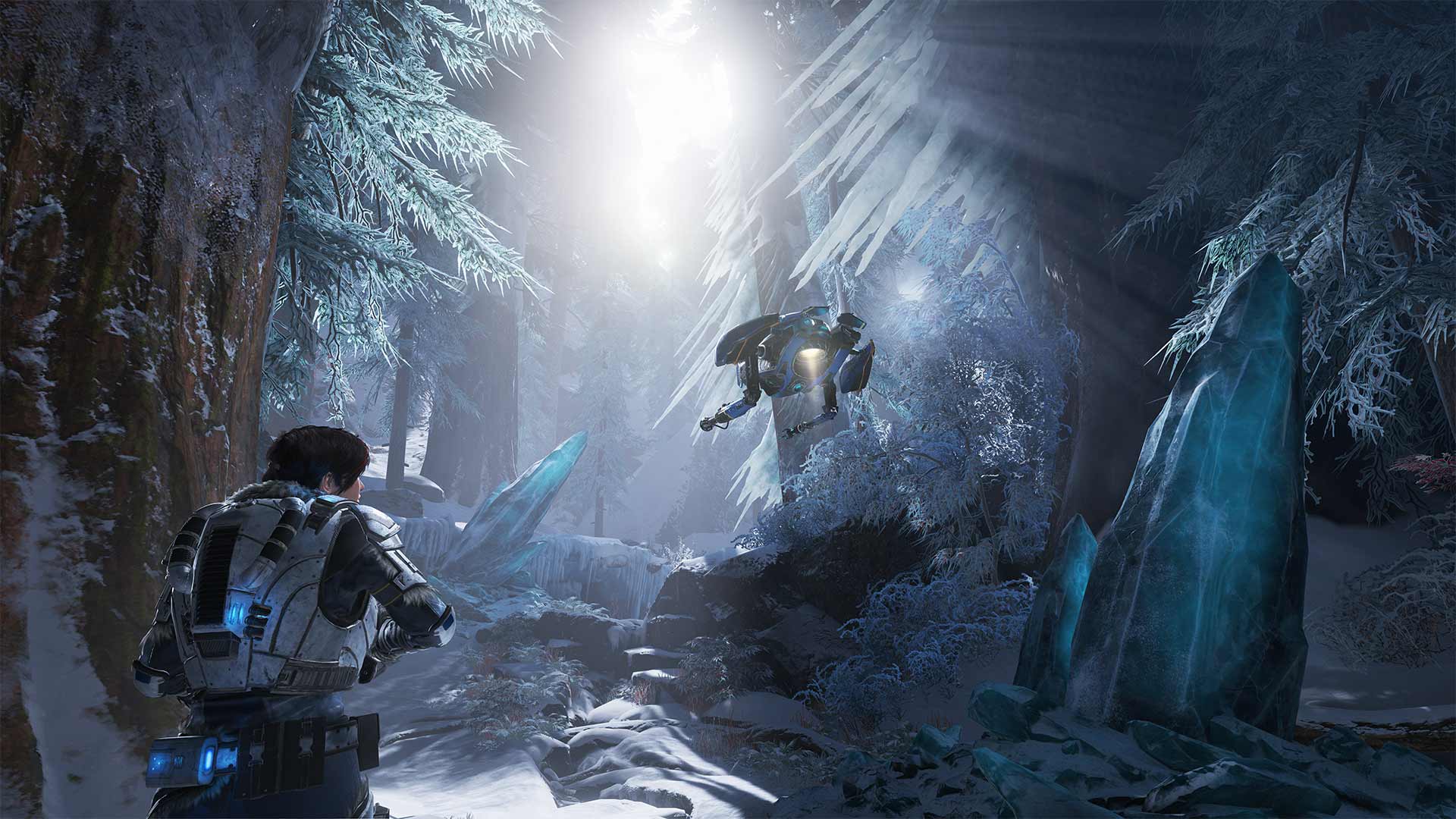 “Jack was an evolution of us looking at ways of extending the player’s abilities and exploring ways to play different strategies. But we [also] had this awesome character that hadn’t been around since Gears of War 3 had kind of been underused in the past games. He showed up and ripped open the door and then went invisible for a while,” says Searcy.

“We want Jack to feel like he’s part of the squad [and] your friend — he’s a character in the game even though he can’t talk. He’s very emotive. We wanted to make sure that as you play the game, you get more invested in him and he becomes part of your gameplay and part of the squad as a whole.”

So far, I’d say the team has more than succeeded on that front. All told, Jack truly feels like a natural extension of Kait herself. That’s because, in addition to zapping enemies, Jack can give Kait one of several abilities that support a variety of playstyles. 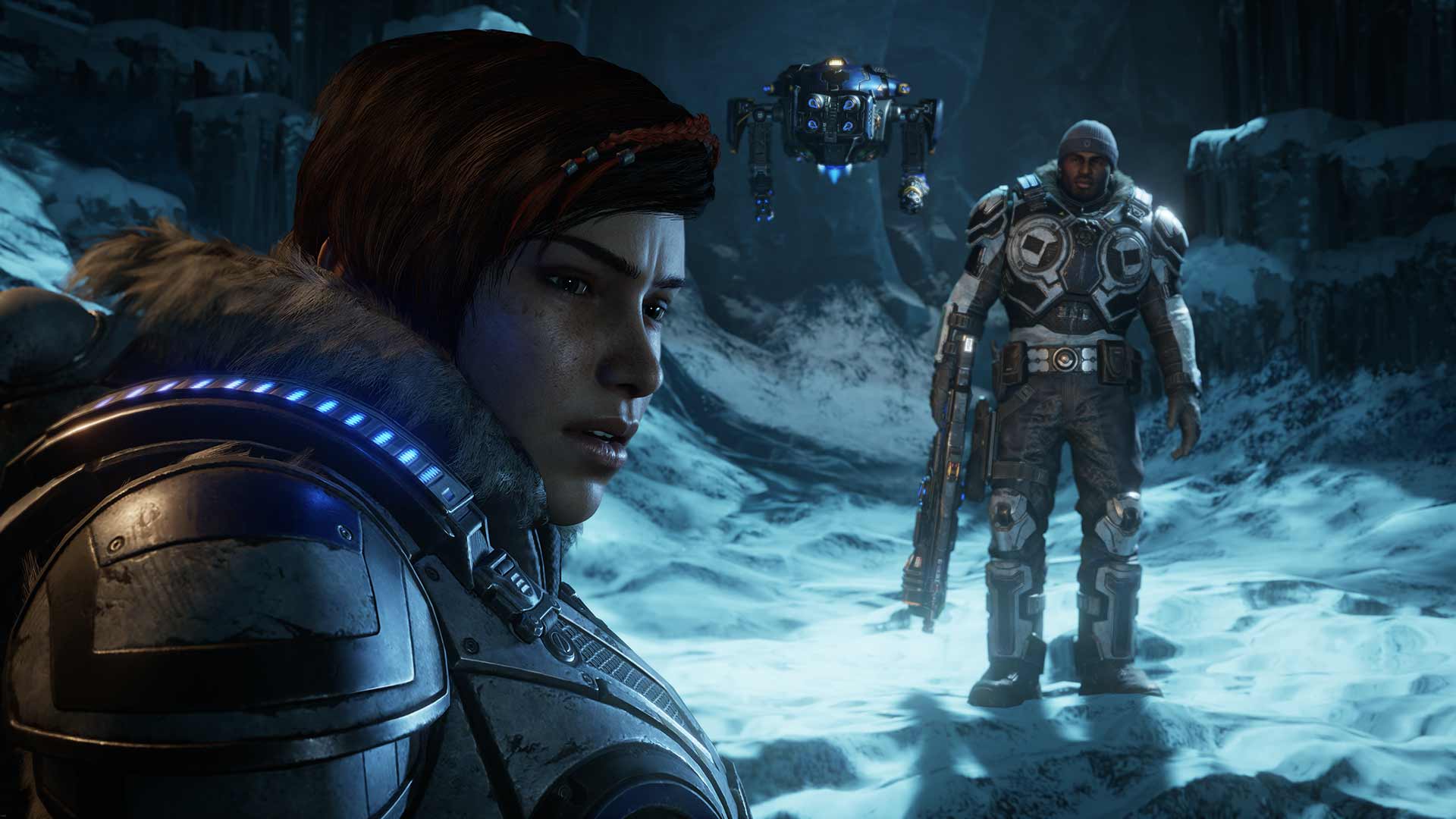 One ability can give Kait a protective shell to shield her from some damage, which is extremely useful in a pinch. Alternatively, Jack can briefly turn an enemy against his allies, which can give you some much-needed breathing room and extra firepower. My favourite ability, though, was Cloak, which lets Kait turn invisible for a brief period. This ability has many uses, such as snagging a few unnoticed knife executions or escaping enemy fire when near death.

For even more tactical support, Jack can even go up ahead and retrieve weapons or ammo for you, which allows you to remain safe behind cover. I found this particularly useful when trying to hang back and pick off enemies with the Longshot sniper rifle.

You’ll be able to upgrade Jack using components that are found in the environment. That’s one of several reasons to explore the world of Gears 5, which you’ll want to do since The Coalition has created larger and more expansive Gears areas than ever before. To do that, you’ll need to use a skiff, which may seem like an odd inclusion to Gears, but is one that nonetheless makes a lot of sense. 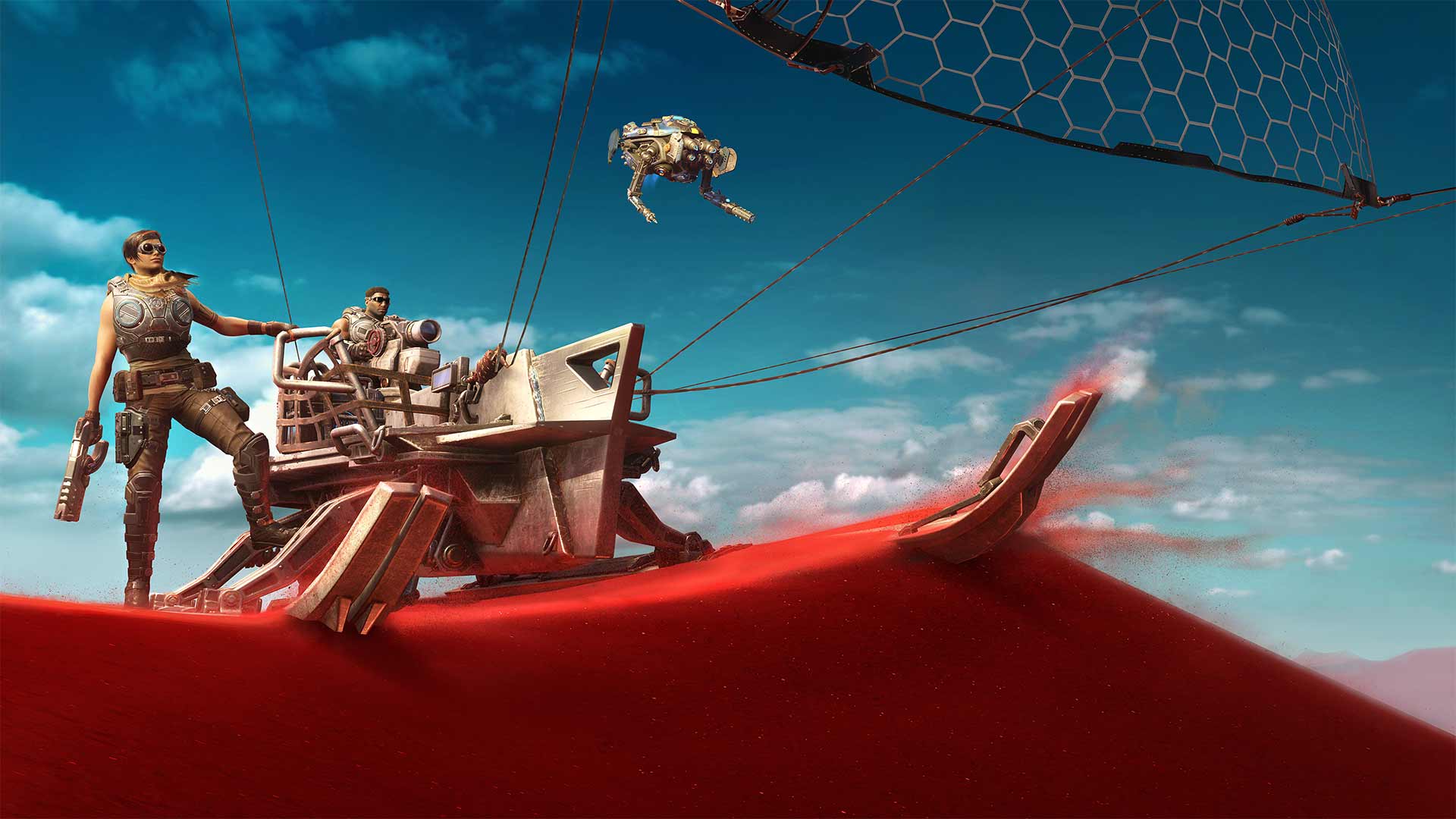 “Because we’re doing everything in parallel, we were also working on Jack and abilities and his upgrade path. It was a natural fit to say, ‘well, now we can have cooler weapons, we have Jack [upgrade] components, we can have side objectives, and now we have this whole place to dump your exploration rewards into,’ says Searcy. “It was also a great fit for the story because we knew we wanted to send Kait off on a journey. The story’s going in that direction, the player goes off on a journey on the skiff and the world becomes bigger and vaster and has these epic spaces.”

Based on my time with the skiff, I can say that it handles well and adds an impressive sense of scale. Further, the side missions offered by the skiff serve to flesh out the world and create more variety in the gameplay. One side quest path has you investigating abandoned camps to figure out what happened to members of Kait’s uncle’s village.

On the other hand, you might help out someone who’s trapped at a water pumping facility and learn about her clan at the same time. These sidequests also reward you with components to upgrade Jack, as well as one-of-a-kind powerful Relic weapons. 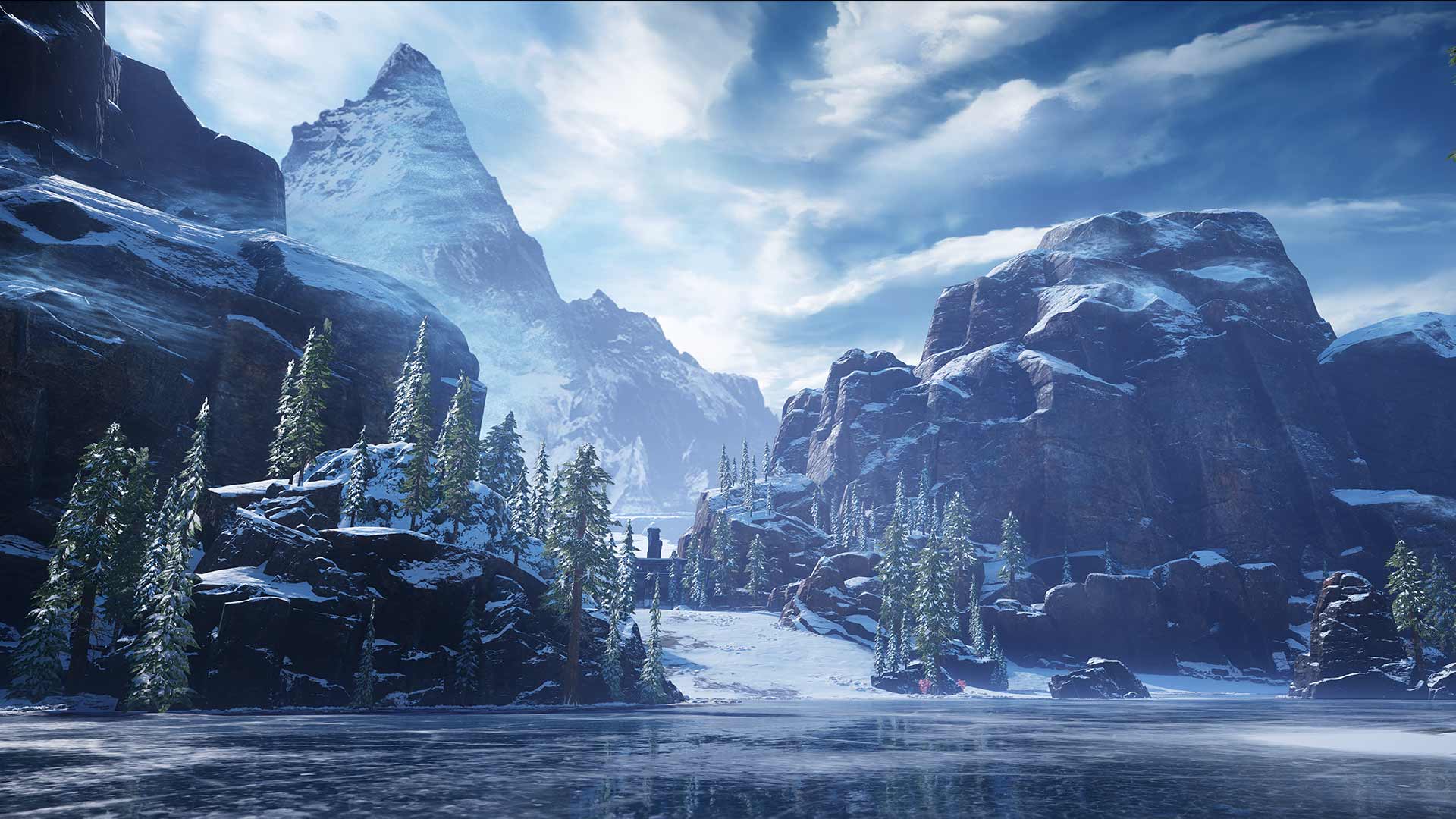 After all of this, I haven’t even touched on Gears 5‘s robust lineup of multiplayer content. In addition to returning favourites like Versus and Horde, Gears 5 will feature new offerings like Map Builder and the three-player co-op Escape Mode. The majority of my preview time was focused on the campaign, but I recently spoke to Ryan Cleven, Gears 5‘s multiplayer design director, who went into depth on the team’s approach to the game’s online modes in that conversation.

As it stands, Gears 5 is looking like the ultimate package. If you’re like me and prefer single-player content, there looks to be a meaty, compelling campaign waiting for you. On the other hand, multiplayer fans will find a larger-than-ever lineup of both competitive and cooperative modes.

I’m eager to see how this all comes together when Gears 5 launches on Xbox One and PC on September 10th. Alternatively, those who have a $16.99 CAD/month Xbox Game Pass Ultimate membership will be able to download the game on September 6th.