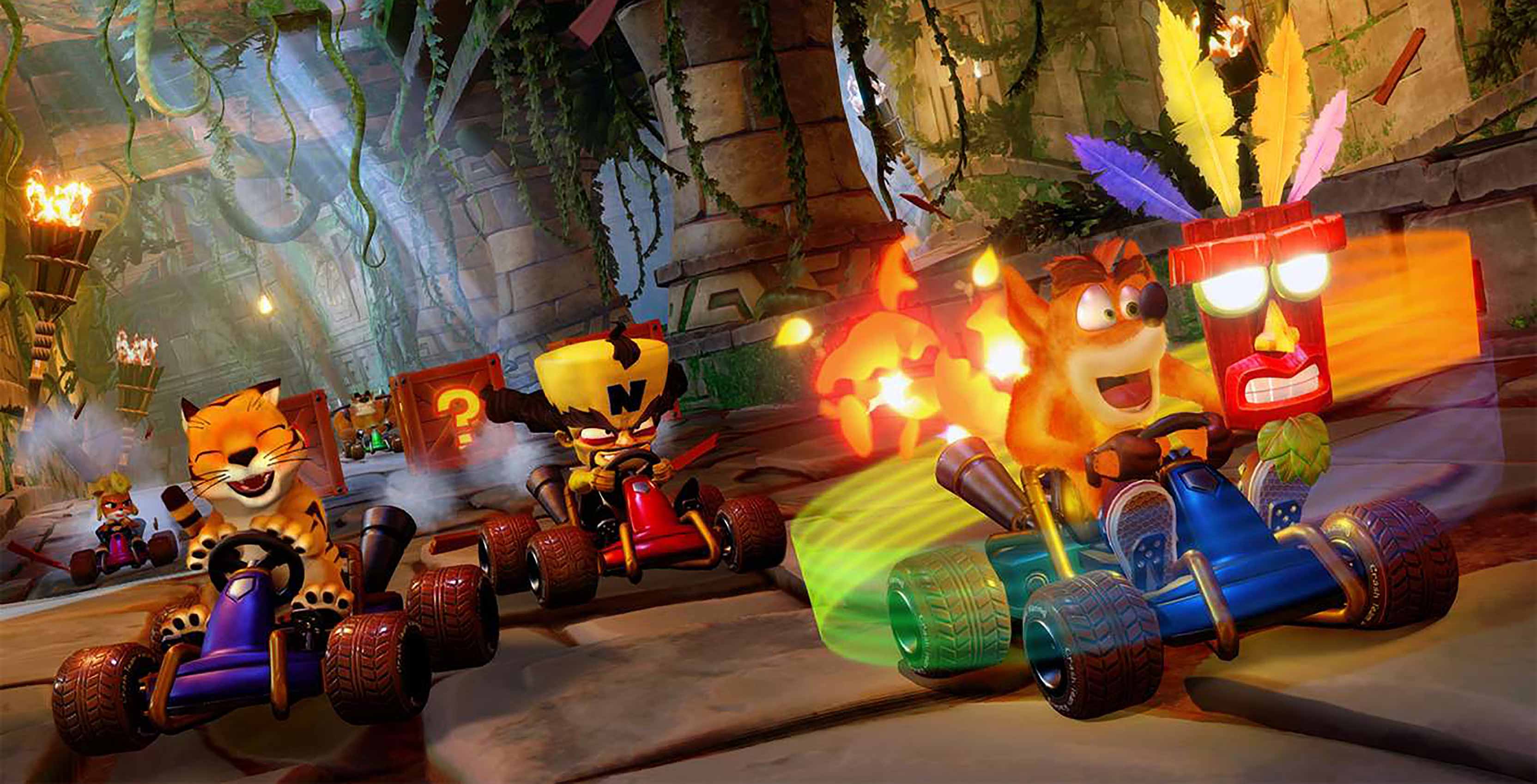 Some of my fondest gaming memories come from countless hours being spent with friends and cousins in Crash Team Racing on the original PlayStation. With a wide assortment of engaging modes and rock-solid racing controls, CTR quickly proved itself as a worthy competitor to Nintendo’s ever-popular Mario Kart franchise.

That’s why it’s so exciting to see CTR given a new lease on life in 2019 with Crash Team Racing Nitro-Fueled. To bring back developer Naughty Dog’s 1999 classic, Activision has enlisted its Quebec City-based studio Beenox, the team behind the very good Spider-Man: Shattered Dimensions and a number of Call of Duty PC ports.

Everything that defined the original CTR — slick racing controls, over-the-top power-ups like missiles and explosive crates, wacky, cartoonish animal racers — is here, but it’s all better than ever. Right from the get-go, it’s apparent how much care Beenox put into this remake. Each racer has been recreated through detailed character models, lively animations and zany voiceovers that make them look like right out of a Pixar film. As an added bonus, you can even use racers that were previously only featured as boss opponents in CTR or its Vicarious Visions-developed 2003 follow-up, Crash Nitro Kart.

Meanwhile, each of the 30-plus stages (taken from both the original CTR and Nitro Kart) has been lovingly and faithfully recreated. The core designs remain intact, but the level of detail has been dialled to 11. For example, the desert-based Dingo Canyon’s mountainous backdrops look appropriately weathered and ancient, while the small puddles between the dilapidated race track splash and wet the screen in a realistic fashion. 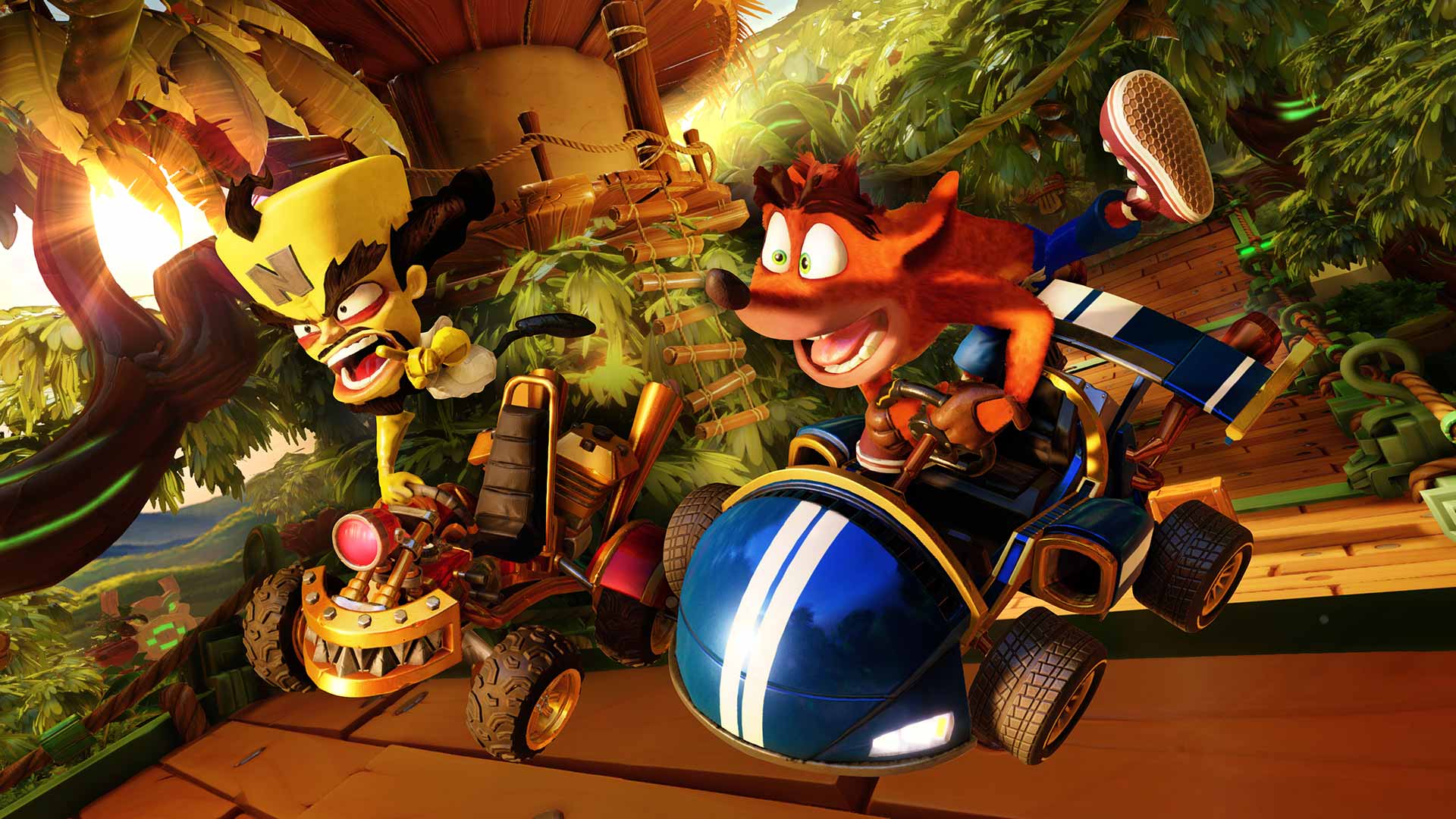 In terms of content, Nitro-Fueled sports a wide variety of returning and new gameplay modes and features. The biggest change this time around is racer and kart customization. New character skins and kart frames, wheels, paint jobs, stickers and more can be unlocked by completing various Adventure Mode objectives or using coins obtained through simply playing any of the single-player or multiplayer modes.

As a nice touch, some customization options are pulled right from Radical Entertainment’s 2005 Crash Tag Team Racing. Perhaps the best part of all of this is the fact that there are no microtransactions in the game, so you don’t have to worry about needing to fork over real cash to avoid grinding for hours to snag that one sweet-looking Crash skin.

The constant loop of unlocking new content just makes the already rock-solid Adventure Mode feel all the more fun. The campaign alone packs several hours’ worth of base content, plus bonus unlockables for going back to face new timed challenges and replay old races. 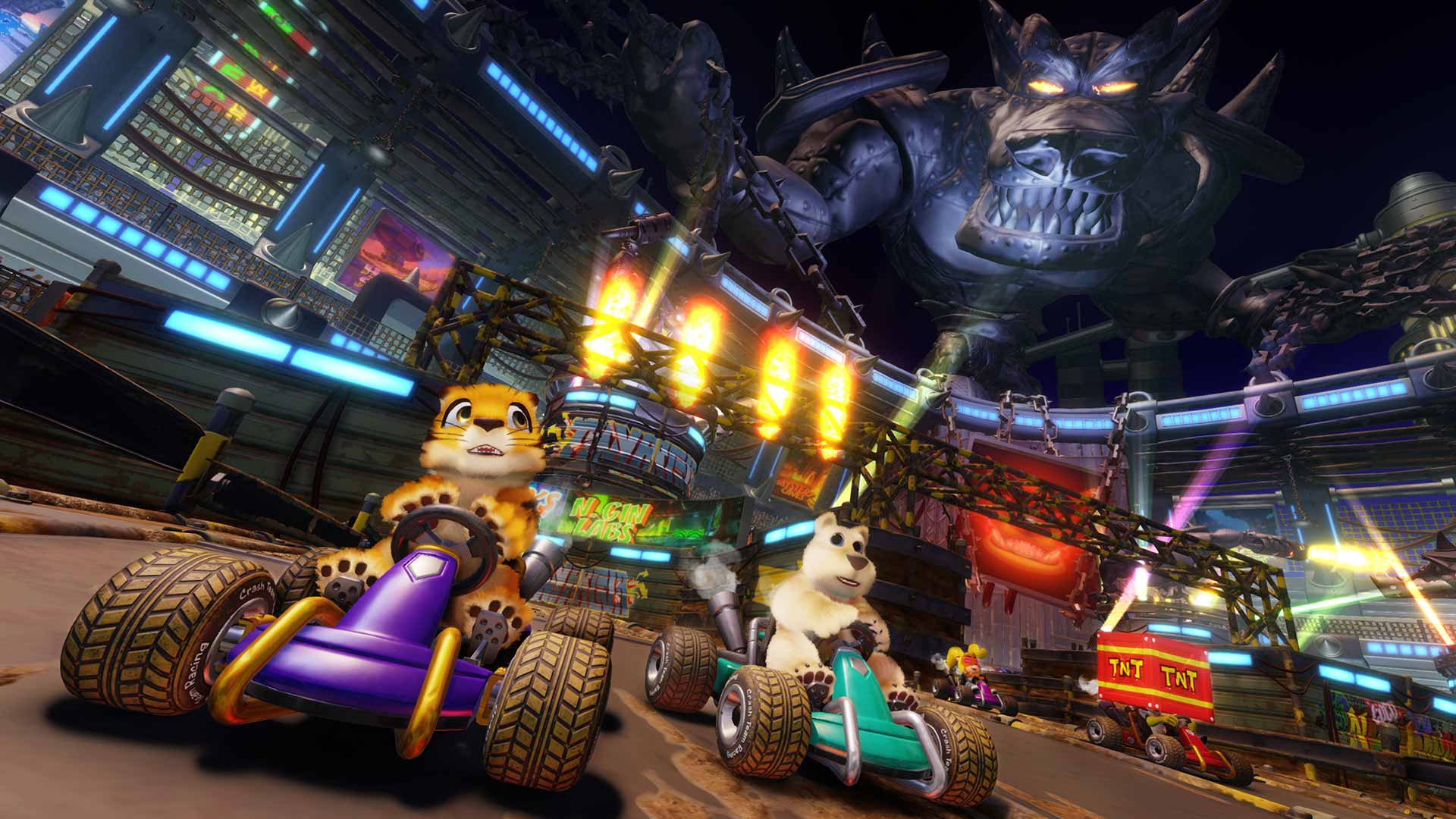 That said, Adventure Mode’s campaign feels a bit unbalanced compared to how it was in the original game. The improved enemy AI means that even missing a few power slides — more essential now than ever — can make the difference in whether you place first. Moreover, while many of the tracks are rather well-designed, there are a number of them that definitely show their age with questionably placed hazards, ramps and speed boosts.

Thankfully, Nitro-Fueled‘s litany of other modes can serve as a nice change of pace if the story mode proves too frustrating at times. The returning Battle Mode puts you in arena-style match-ups where you race in circles to blast each other with power-ups while completing objectives like Capture the Flag, the elimination-inspired Last Kart Driving and the collecting-based Crystal Grab. Battle Mode, as well as the standard eight-person races, can be played both offline and online.

It’s worth noting that Nitro-Fueled‘s online modes suffered from some connectivity issues at launch, but more than a week removed, they seem to be largely ironed out. However, the game still has some rather lengthy load times all across the board, which can be especially grating in between quick races. 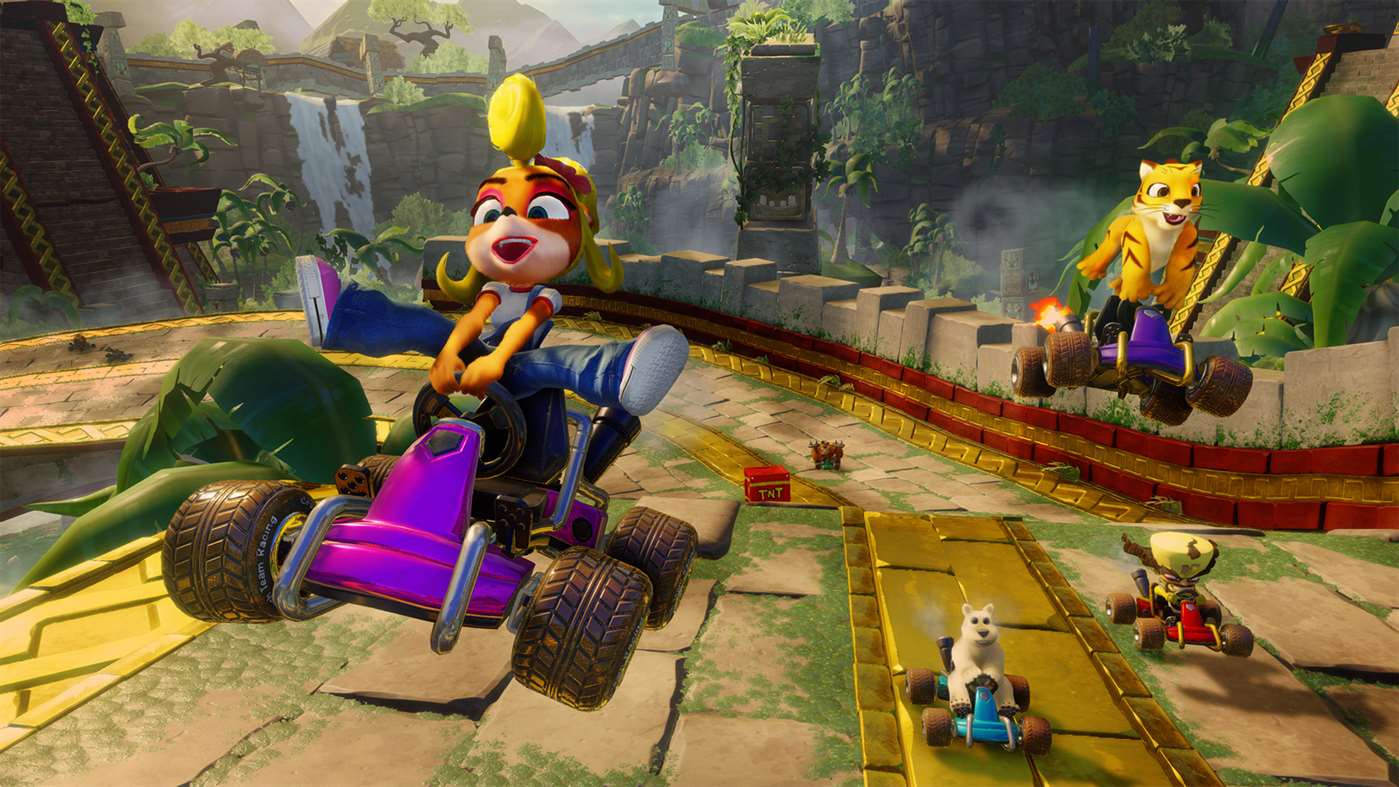 Overall, though, the content’s of a high enough quality that the wait times become fairly palatable. Even better, Beenox is sweetening the deal through waves of free post-launch ‘Grand Prix’ content that will see new tracks, karts and racers added, including, excitingly, Crash’s fellow platforming icon Spyro the Dragon.

Ultimately, Nitro-Fueled is practically everything one could ask for from a remake. Beenox has taken everything that’s loved about the original game and made it look downright stunning, all while adding a handful of smart modern touches like online multiplayer and character customization. What’s more, the promise of free content updates further incentivizes you to keep on racing back to the game. For old fans and newcomers alike, this is simply one of the best racing game experiences to date.