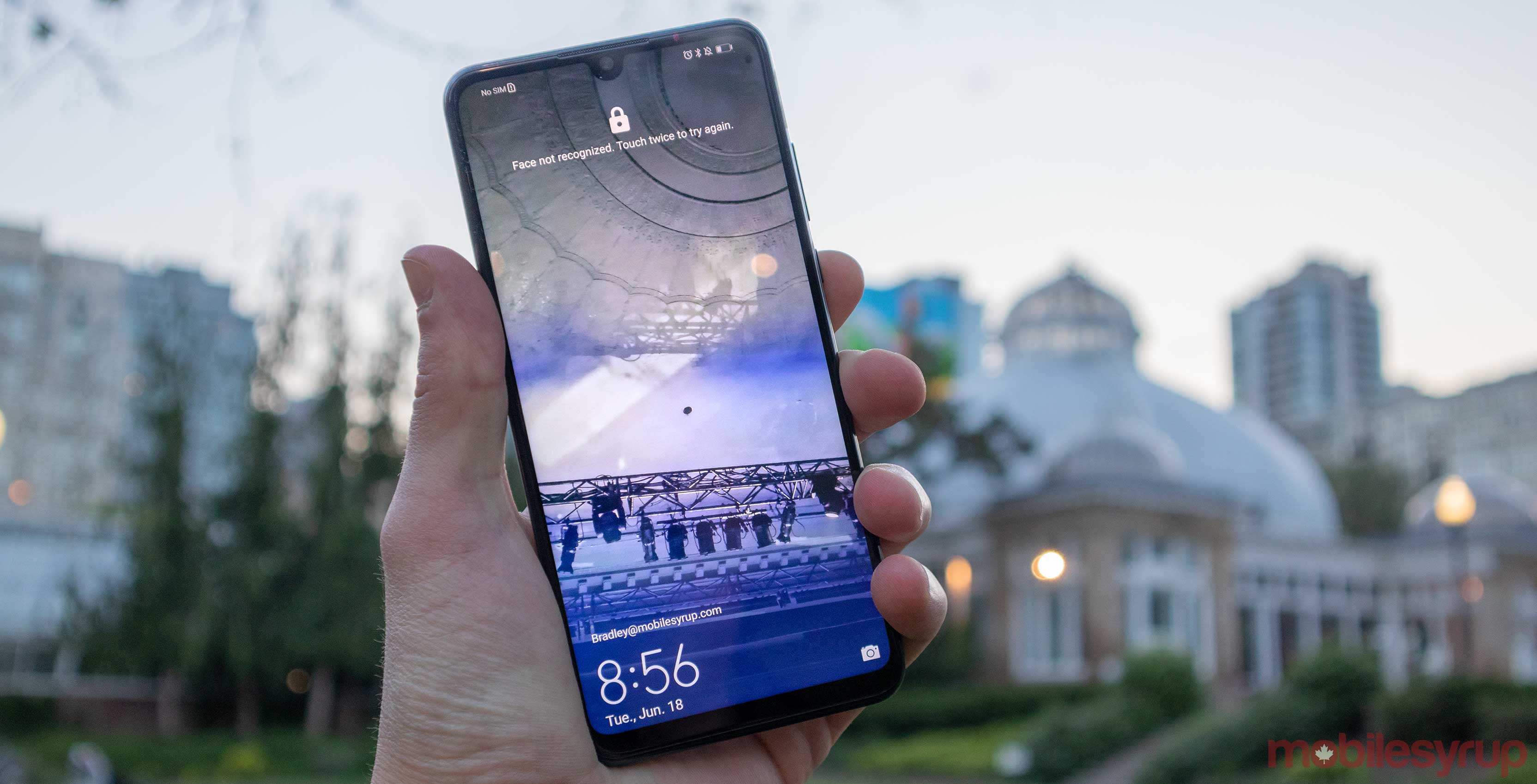 The superb P30 Pro overshadowed Huawei’s release of the low-cost P30 Lite near the beginning of the year, but that doesn’t mean the Lite version isn’t worth your time.

Now that we’re further into the year, and Google, Samsung and Motorola have released exceedingly good mid-tier phones, it’s worth taking a look back at Huawei’s entry into the same market.

Like other mid-tier devices, the P30 Lite cuts some corners, but unless you’re looking at it next to a flagship, you’ll barely notice its shortcomings.

I’ve spent quite a lot of time using the handset as my primary device and it’s really changed my opinion on what a mid-tier phone can do. It’s also raised questions about value vs features. Mainly, it’s made me think about what I really need from a phone, compared to what I want, and is paying less to get what I need better than paying more to get what I want?

A little gloss and a little glass go a long way 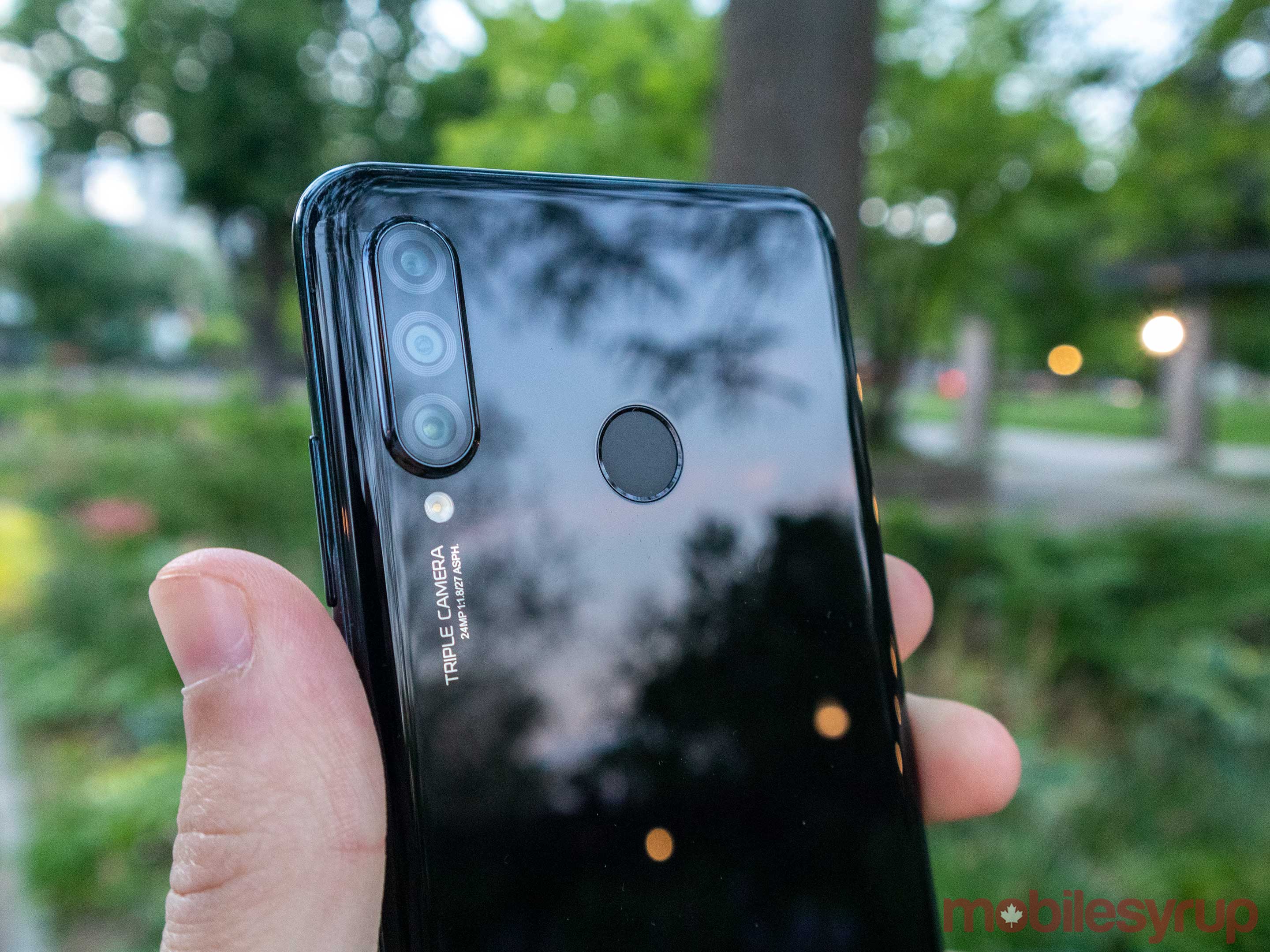 Picking up the P30 Lite and feeling its glass back makes it feel more like a premium device than its $499 price tag would lead you to believe. It feels nearly as premium as the P30 Pro, though it’s not as heavy.

You might notice that the sides of the phone are plastic which gives away its mid-tier status, but it’s glossy, so it’s hard to pick up on. In general, the phone feels nice in my hands.

The P30 Lite comes in two colours — an alluring ‘Peacock Blue’ colour that features a purple and blue gradient and plain black.

While it looks and feels good, it’s in the finer details it reveals its mid-tier status.

First off, it doesn’t have an in-display fingerprint scanner like some other phones from 2019, instead, the P30 Lite’s scanner is located on the phone’s back, but it’s easy to reach so it isn’t a problem.

The P30 Lite’s LCD display doesn’t get as dark as an OLED screen, but to be fair, it looked sharp and colourful, and if you don’t hold the two screen types side-by-side you’ll never notice. The only real drawback is the lack of some type of always-on display functionality, which is one of my favourite Android features.

Speaking of the screen, its resolution comes in at 1080 x 2312 pixels, and it has a tiny notch with a single 32-megapixel camera at the top of the screen. As far as notches go, this is one of the smaller ones, and you can “turn it off” using software if you want.

One luxury that mid-tier phones often have is a physical 3.5mm headphone jack, and the P30 Lite is no exception.

It may not be the best, but it’s got heart 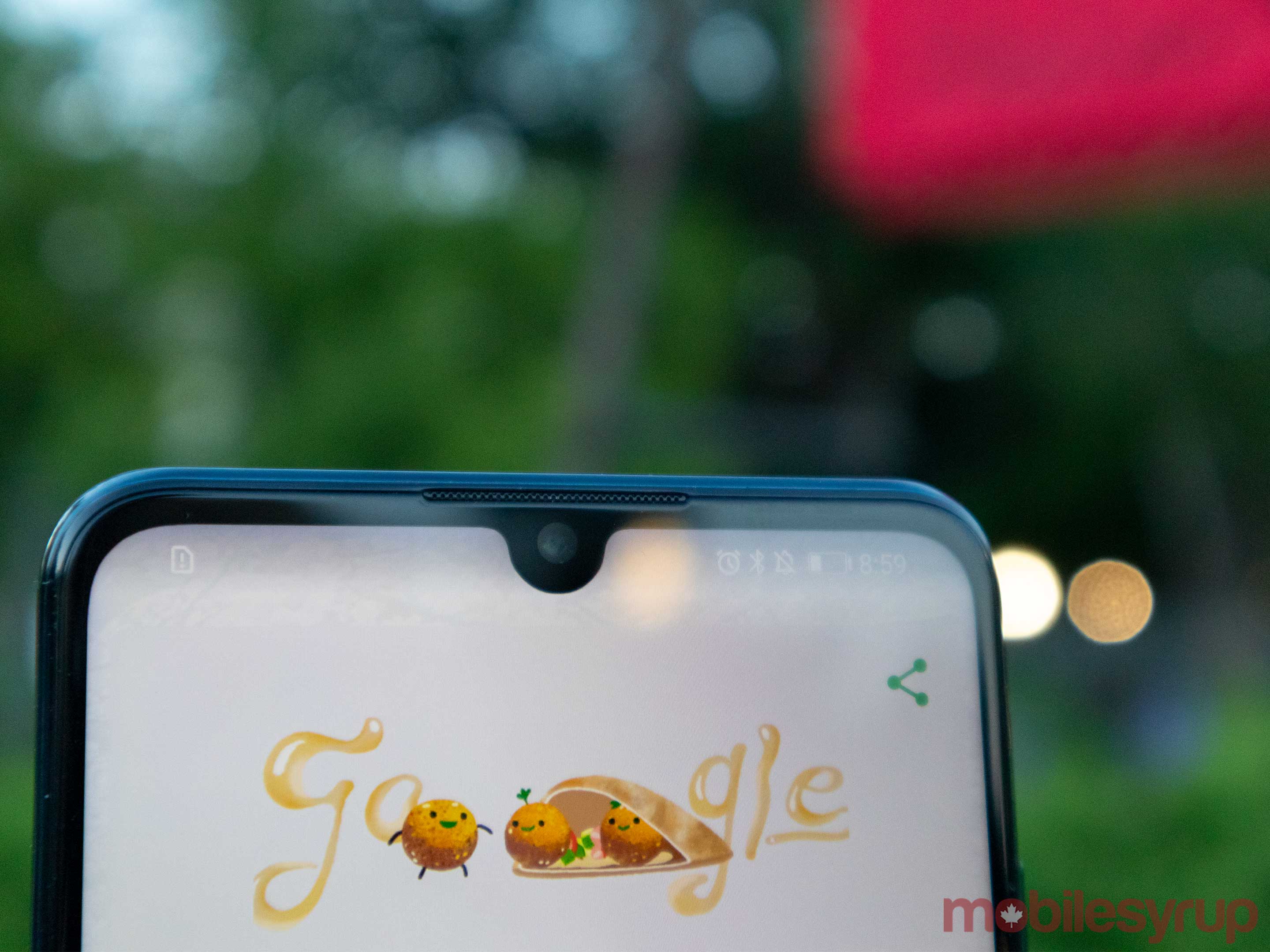 The Interior of the phone isn’t going to blow you away, but it’s like popping the hood on a Honda Civic. It’s reliable and gets the job done.

The phone is relatively snappy too with its eight-core Kirin 710 chipset and 4GB of RAM. I’d say these internals can run about four to five regular apps (Twitter, Netflix, Slack, Chrome and the weather app) concurrently, but once you opened up more apps, the OS shuts some down to keep performance snappy.

All in all, the phone provides a typical experience. It isn’t going to blow anyone away, but it gets the job done, and more often than not, it gets it done quickly.

This isn’t a perfect comparison, but I have an older iPhone 7 Plus and the P30 Lite is much faster than it.

A Camera that can take pictures of anything except busy scenes 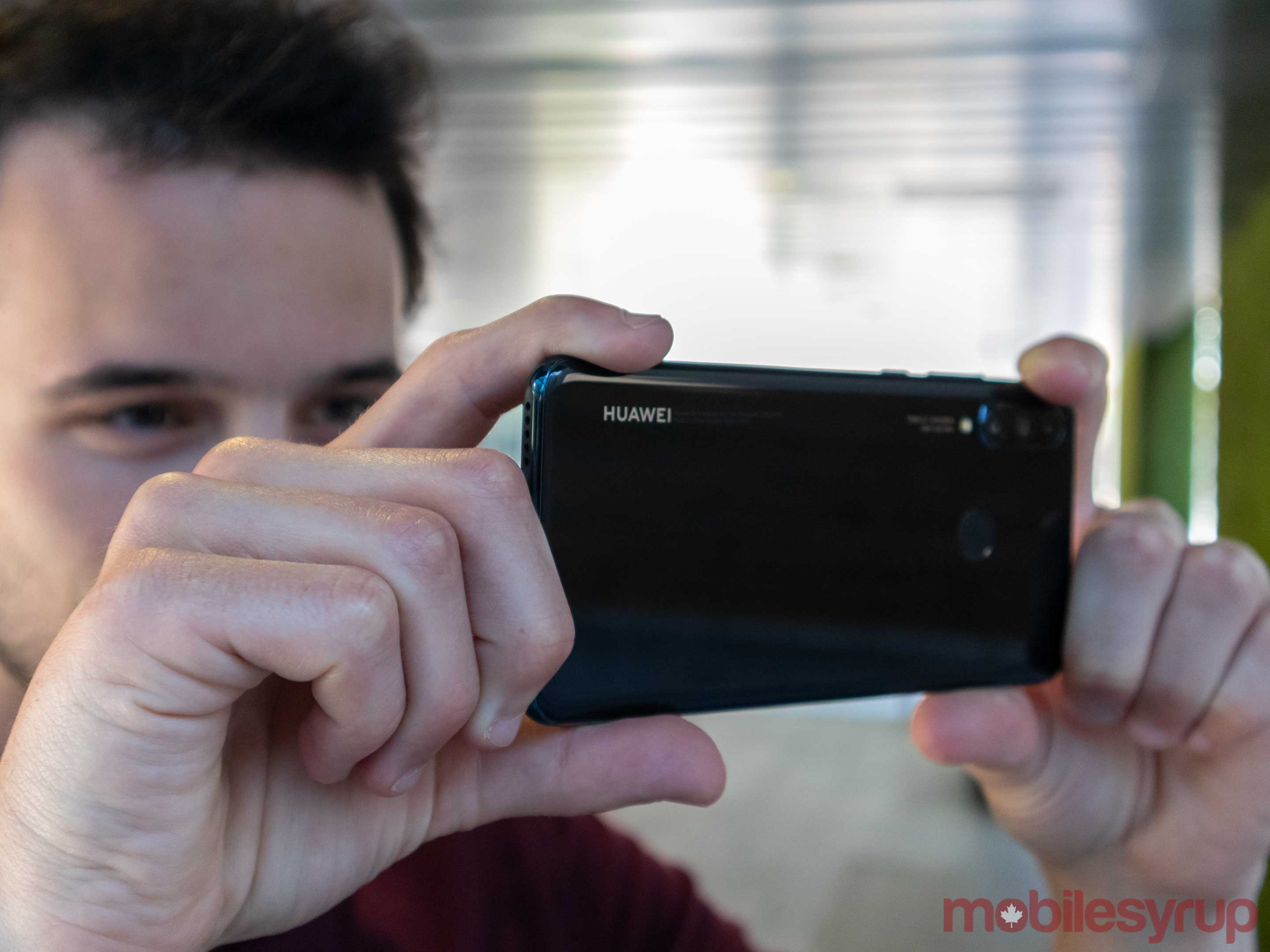 Huawei has been making a name for itself in the last two years with its fantastic camera arrays, and the P30 Lite tries its best to live up to that reputation, but it’s not perfect.

The company has equipped the phone with three cameras. The P30 Lite’s primary shooter is a 24-megapixel camera with an f/1.8 aperture. The second lens is an ultrawide eight-megapixel lens. The final lens is a two-megapixel f/2.4 depth sensor.

Together the three lenses produce a variety of shots, and most of the pictures have great potential. 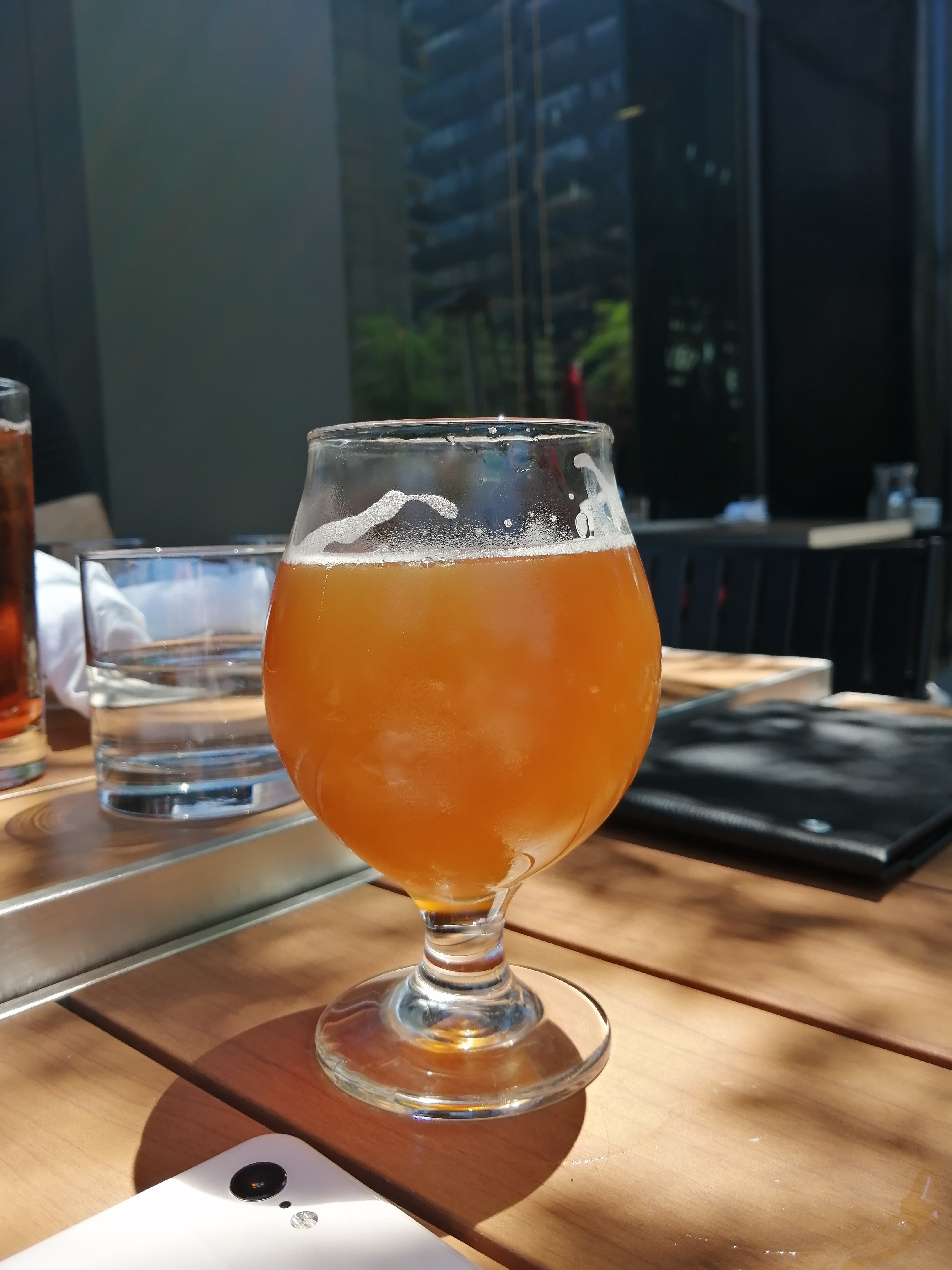 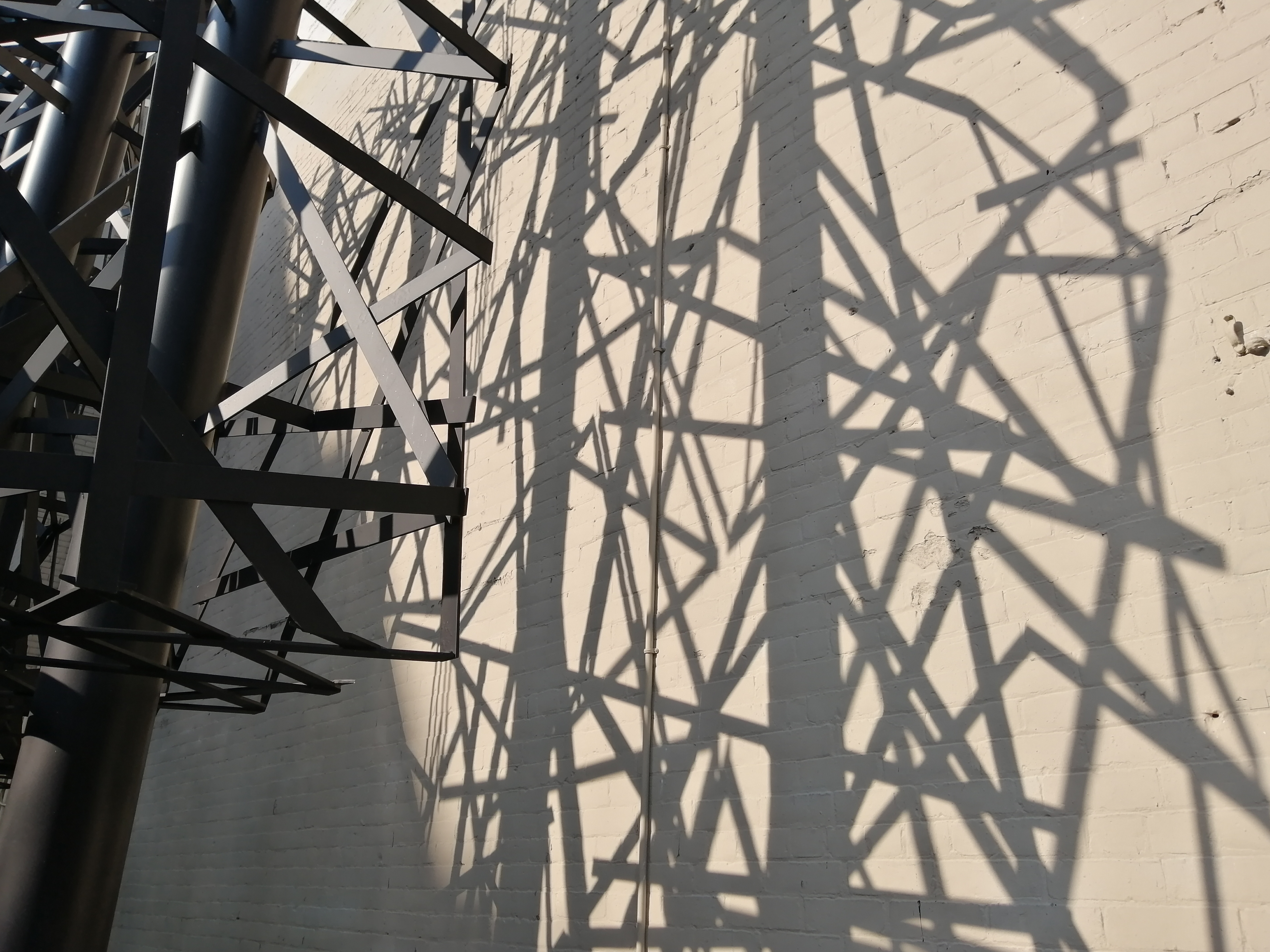 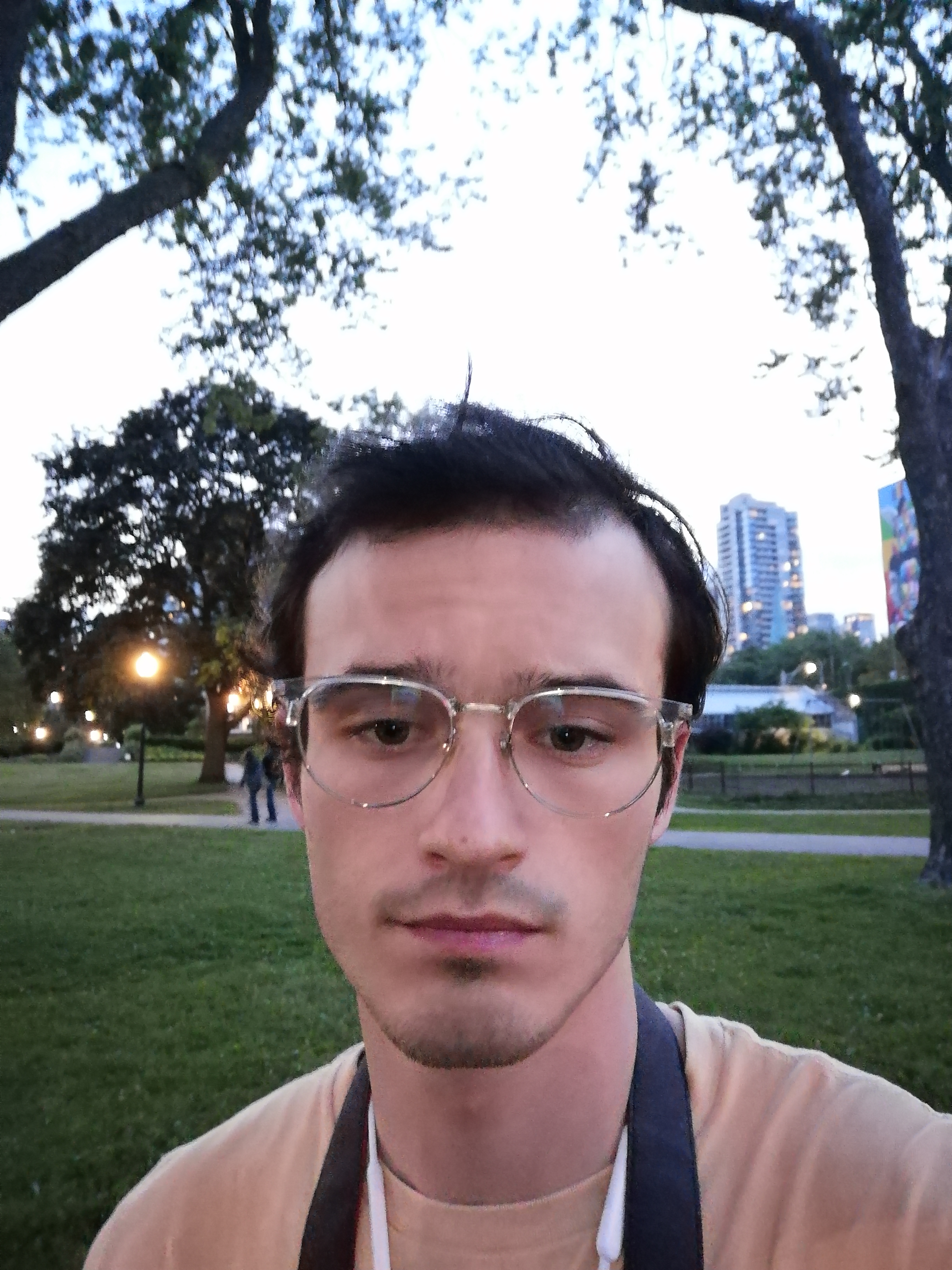 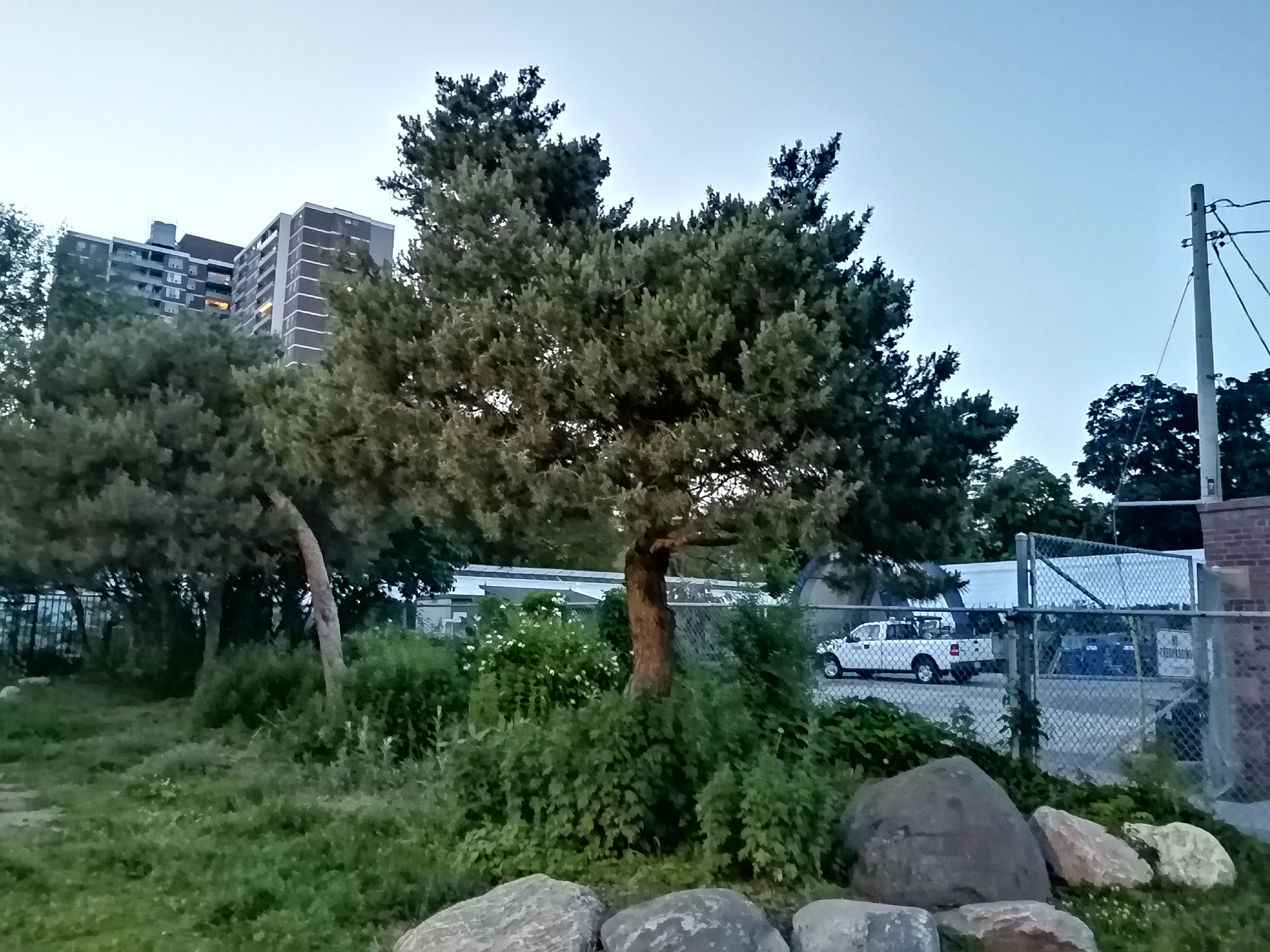 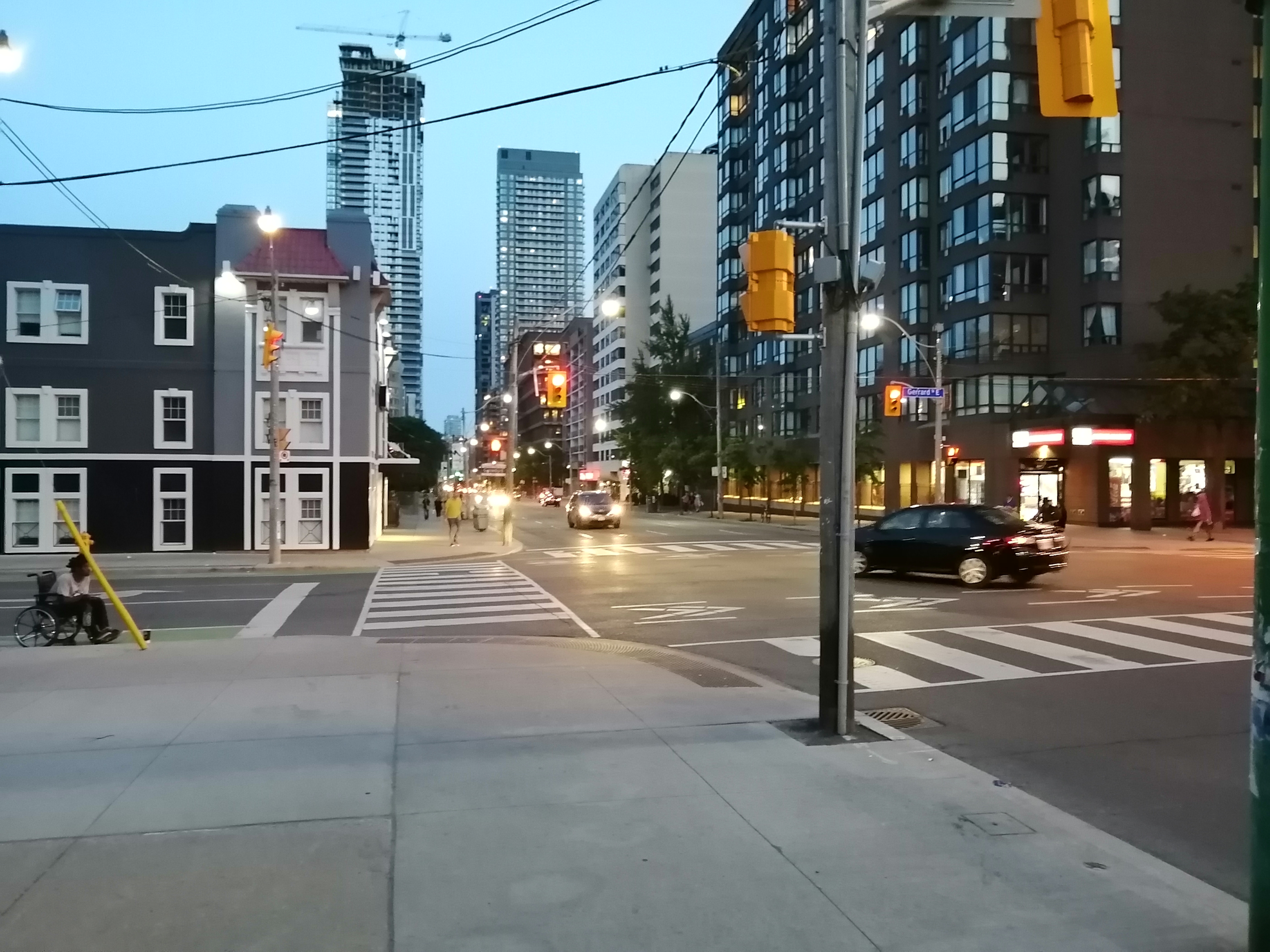 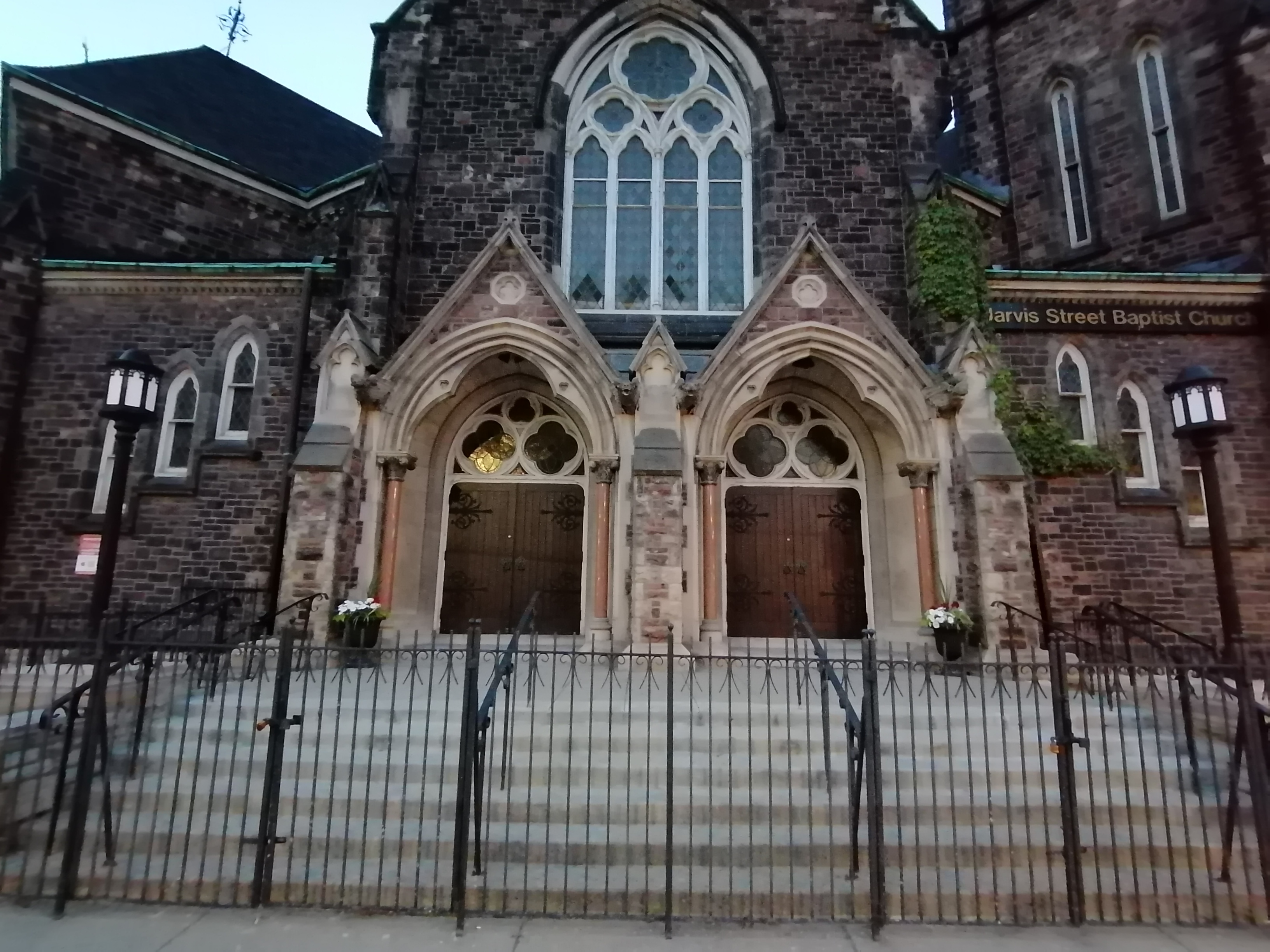 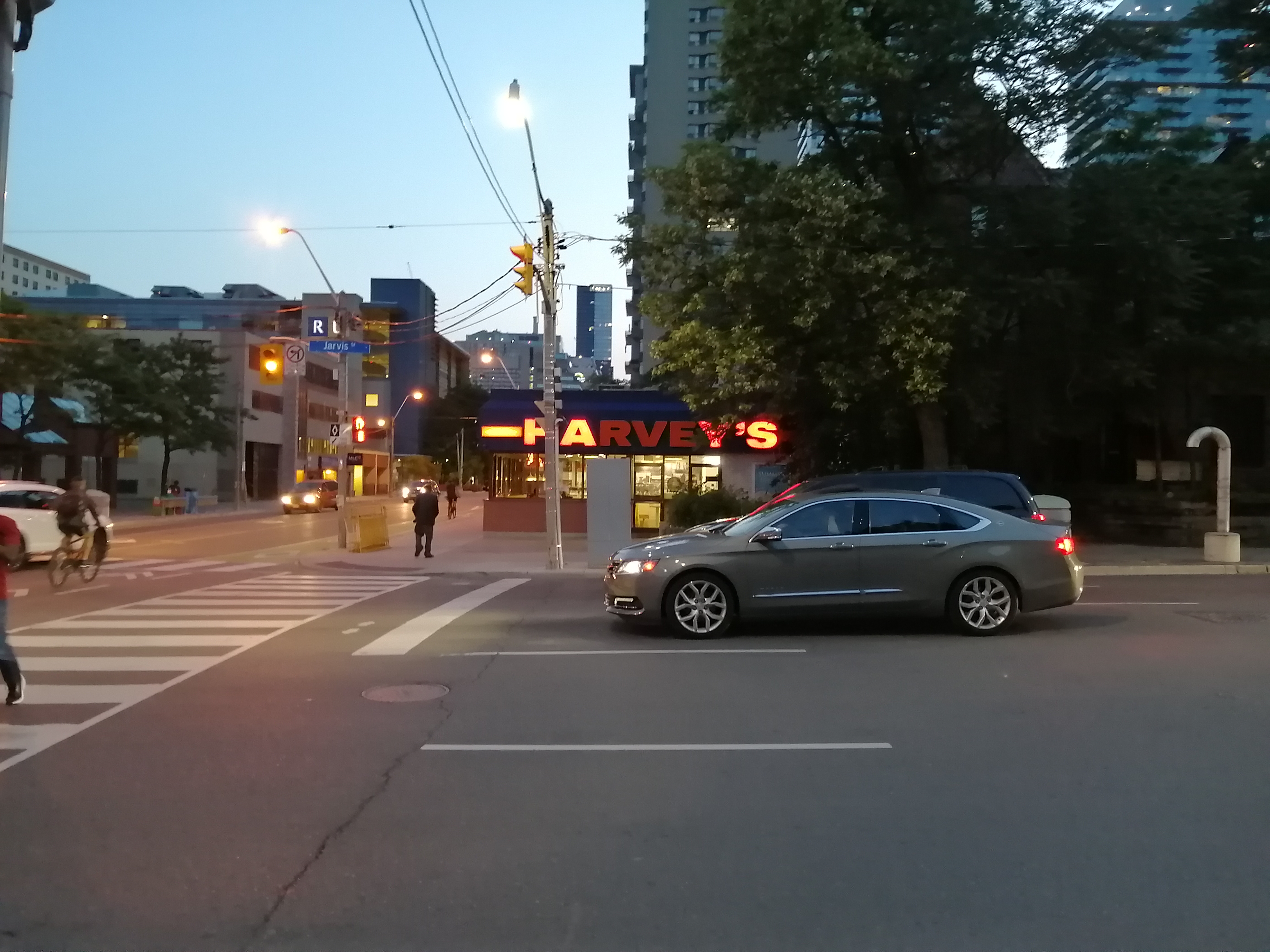 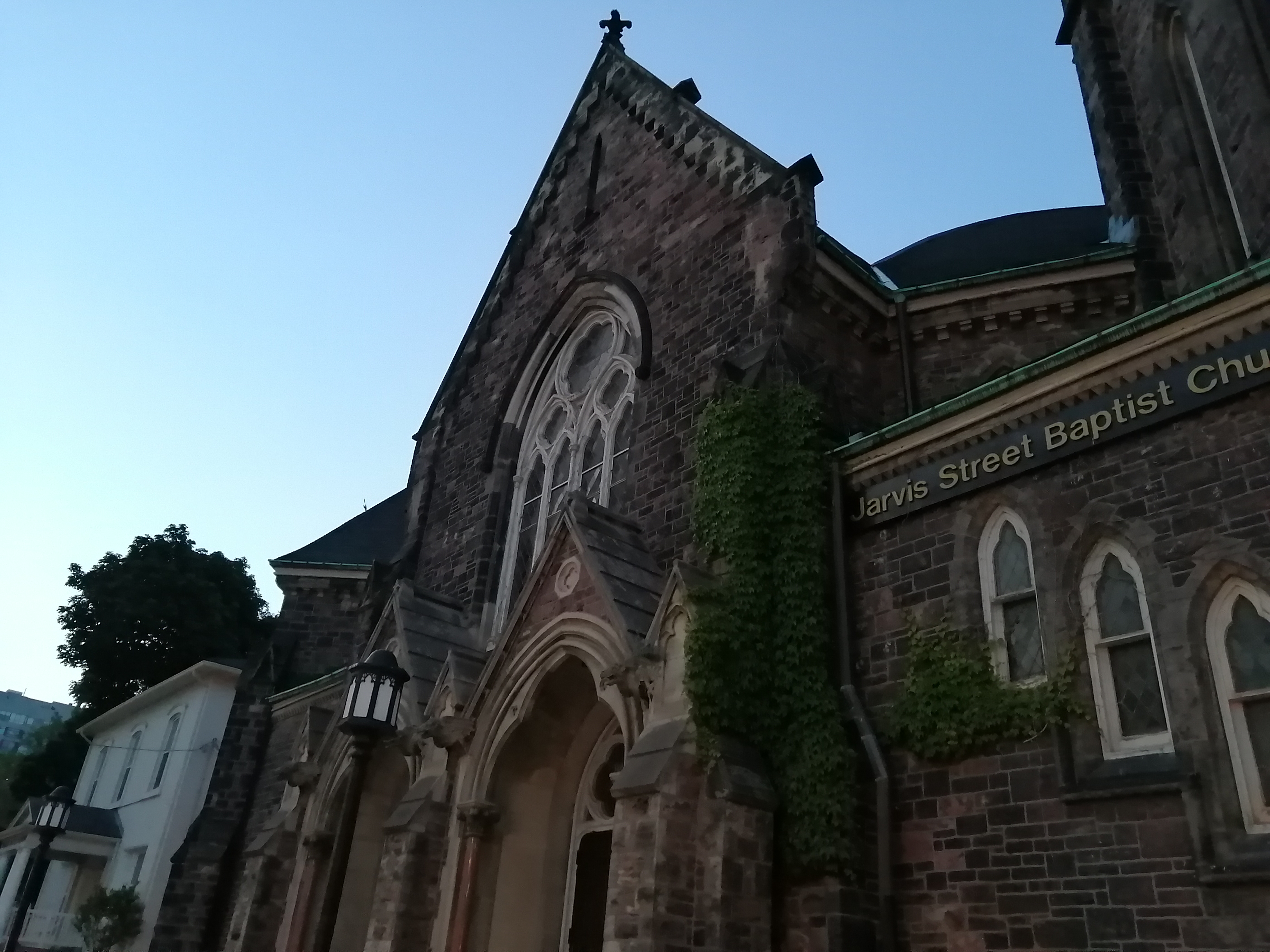 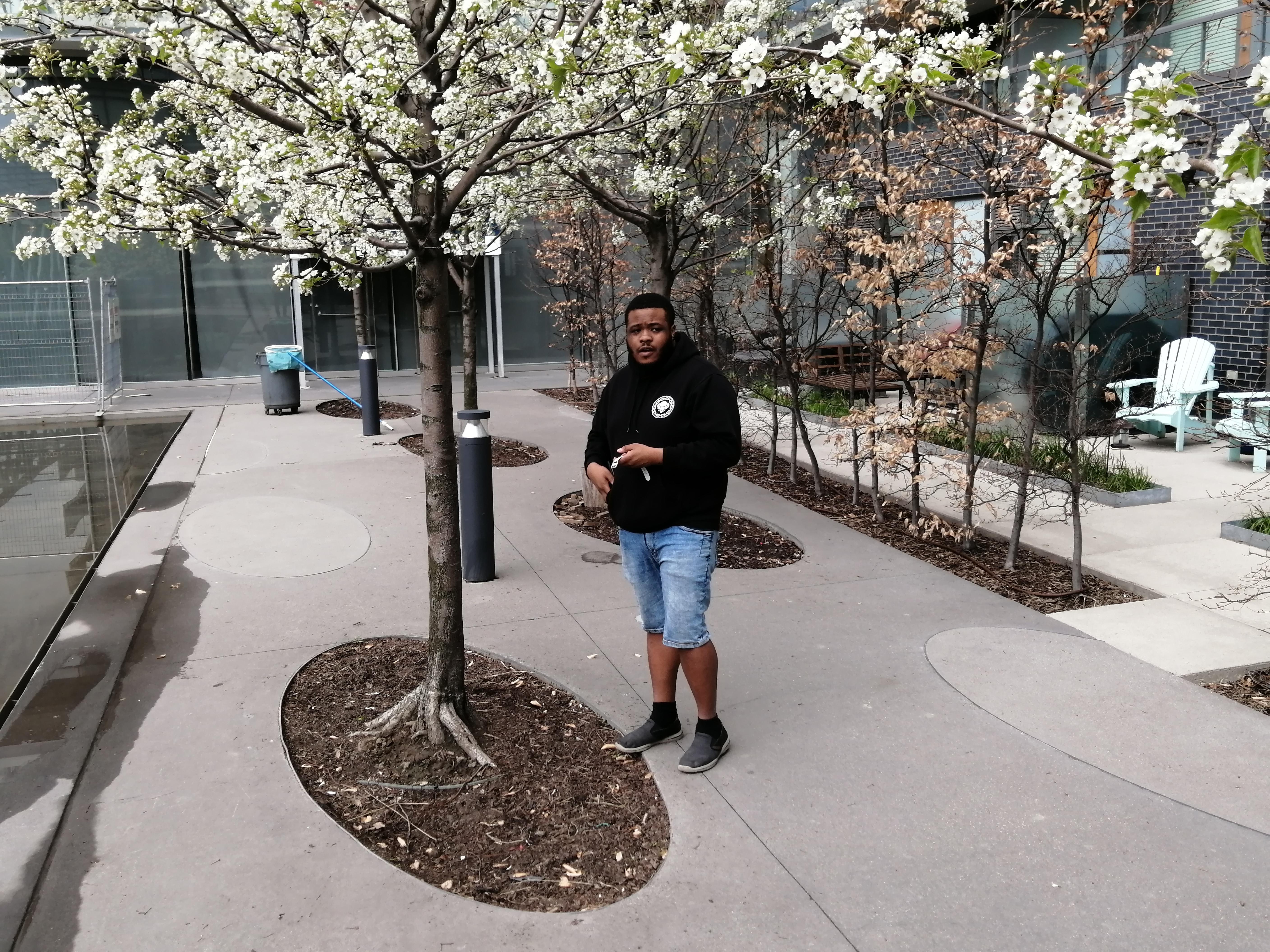 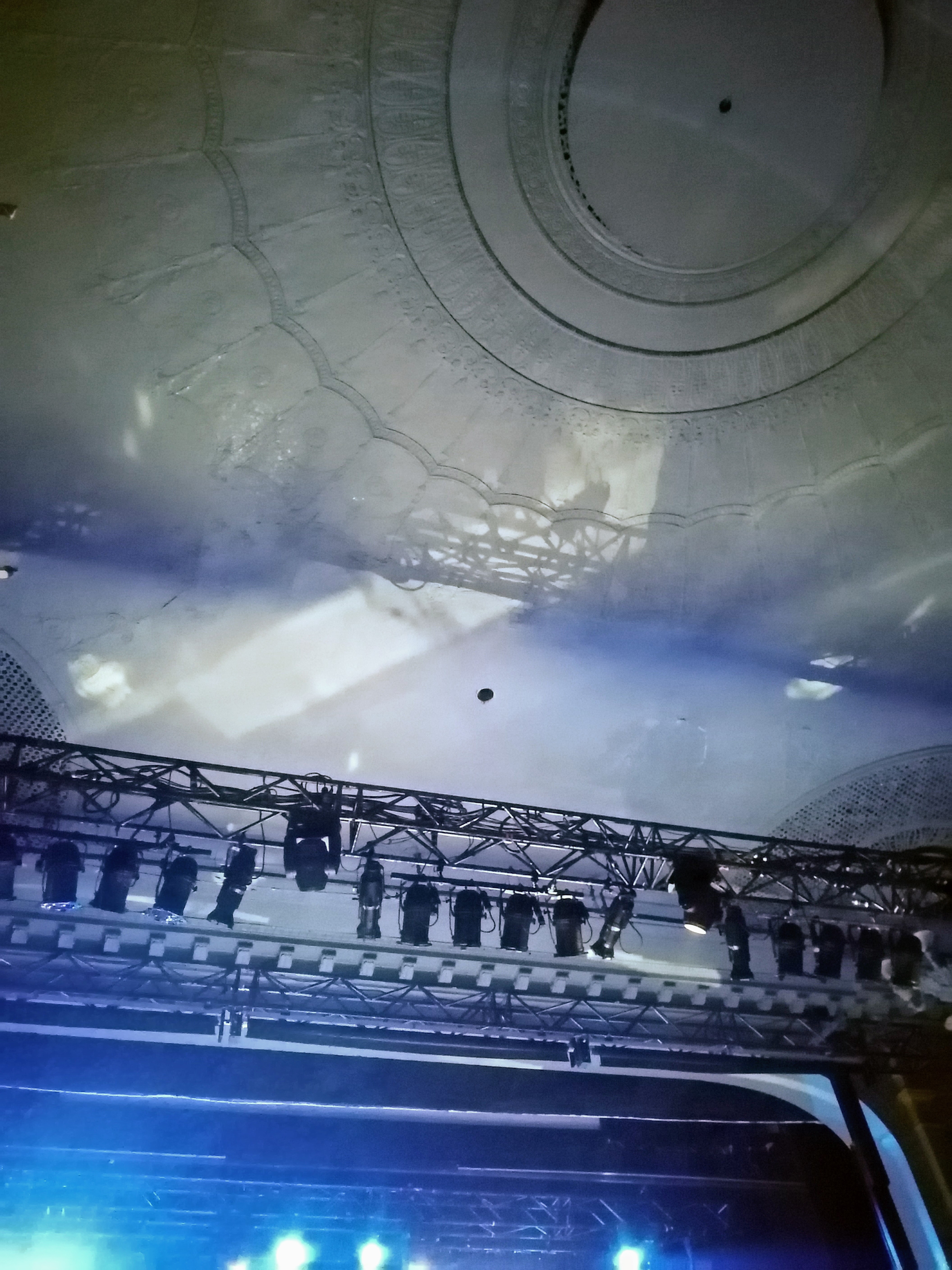 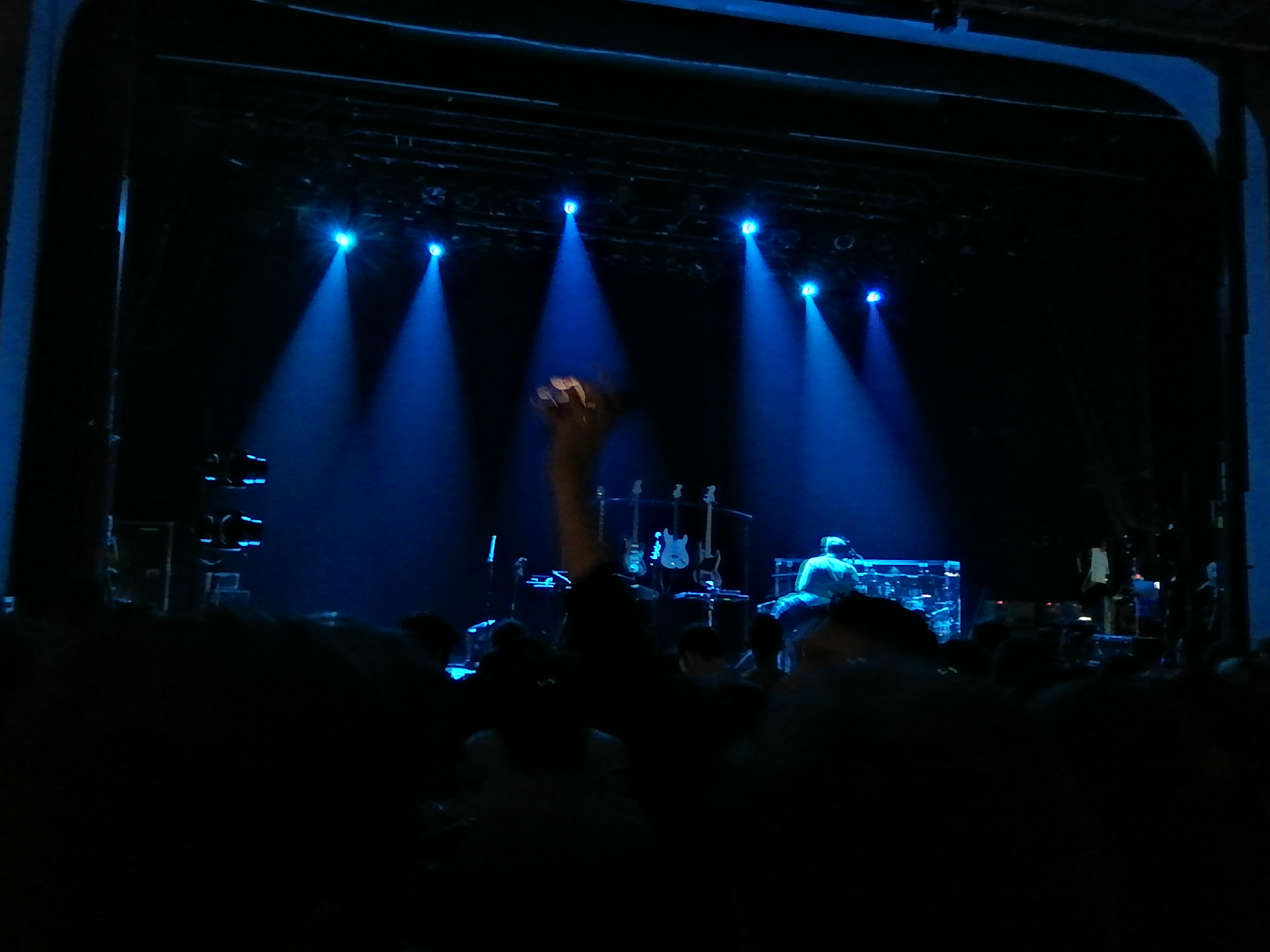 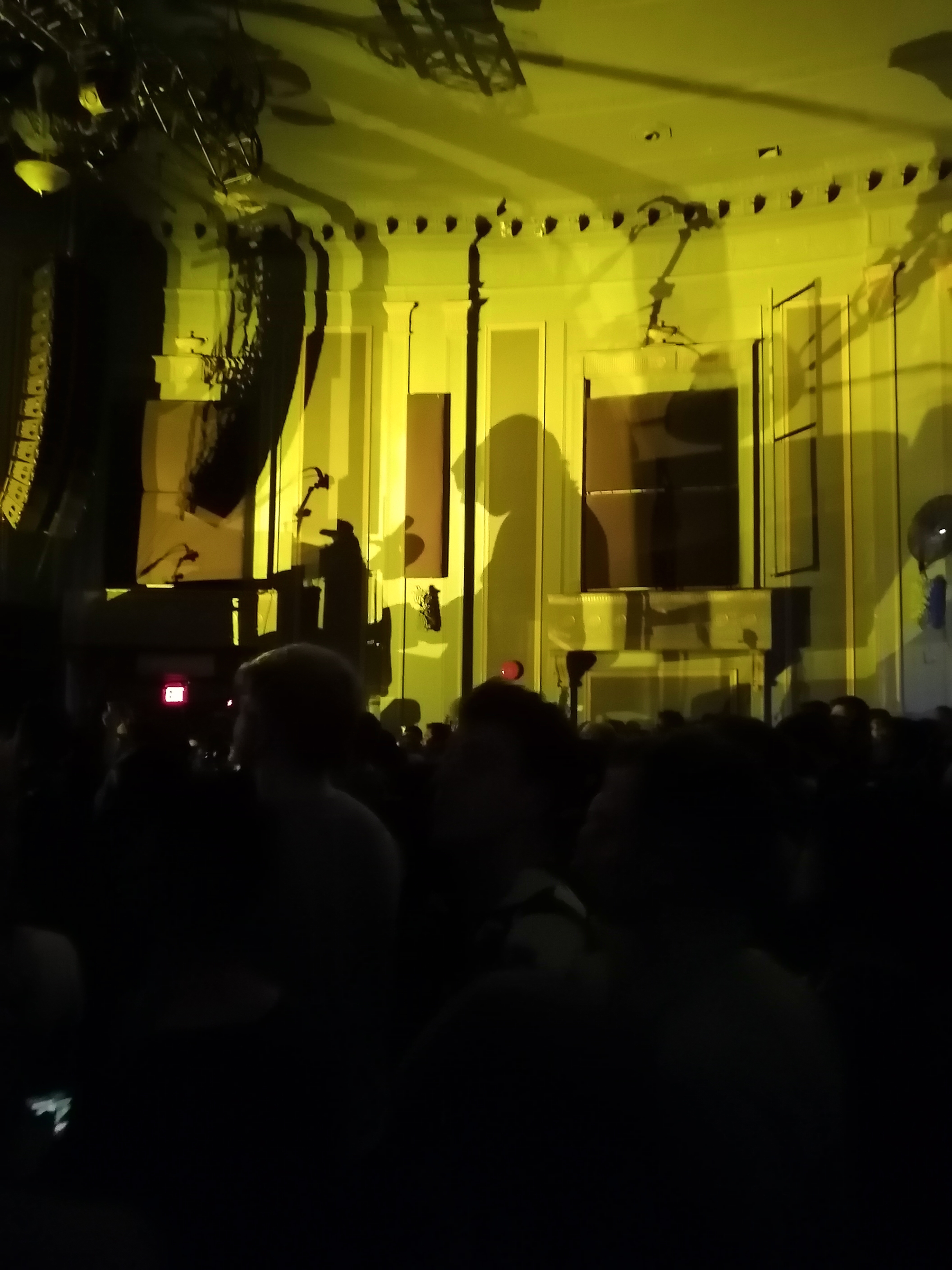 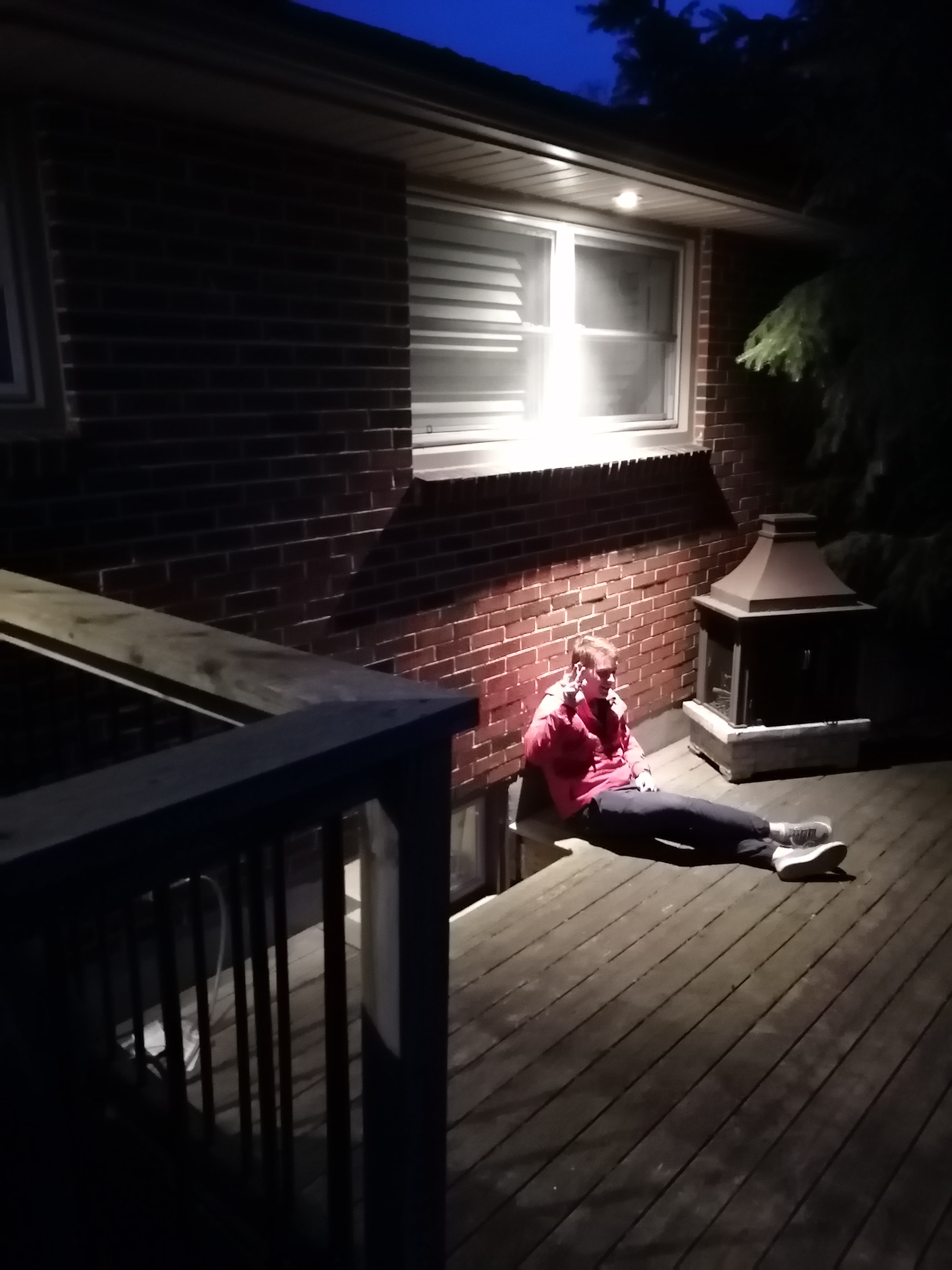 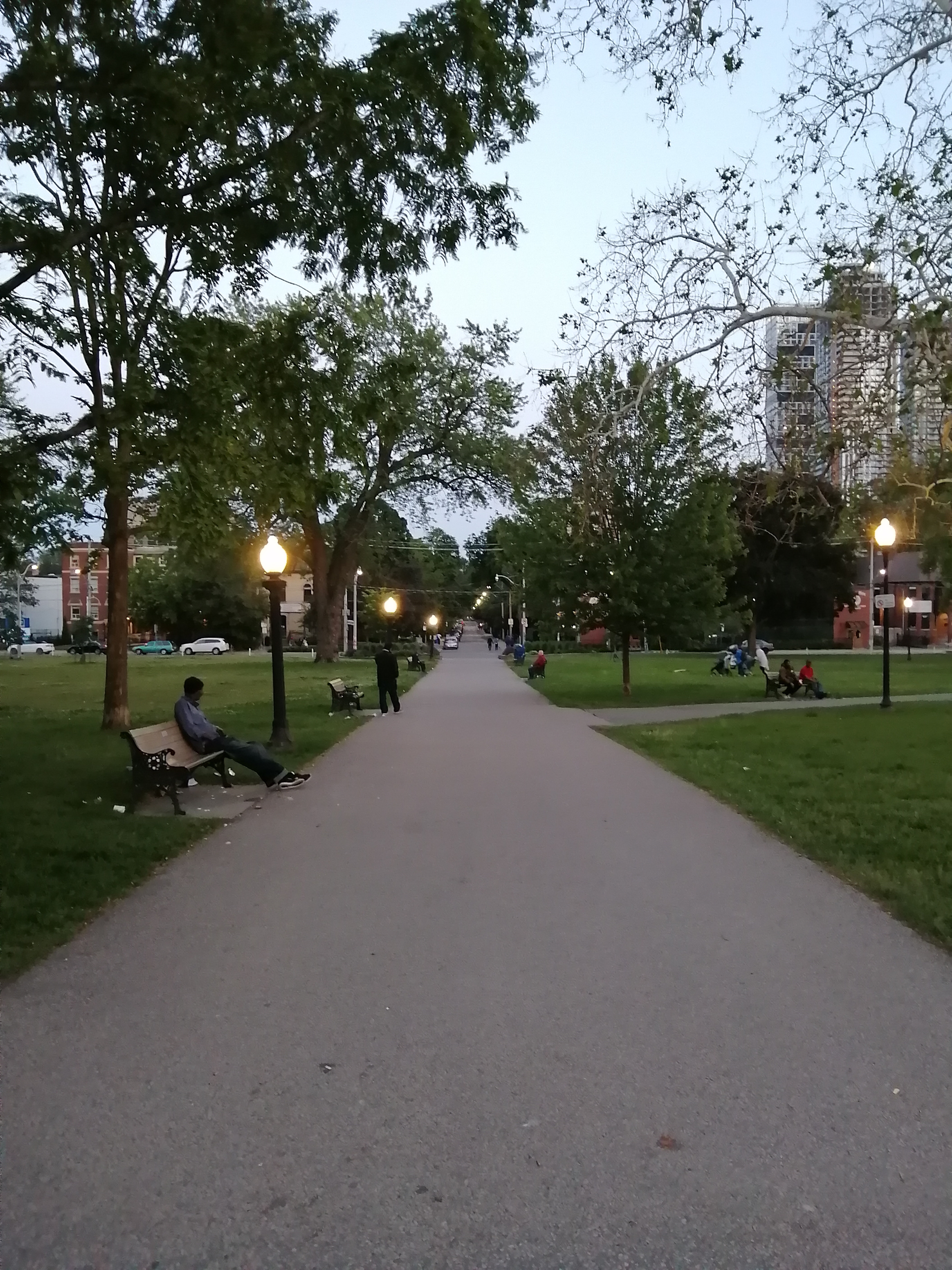 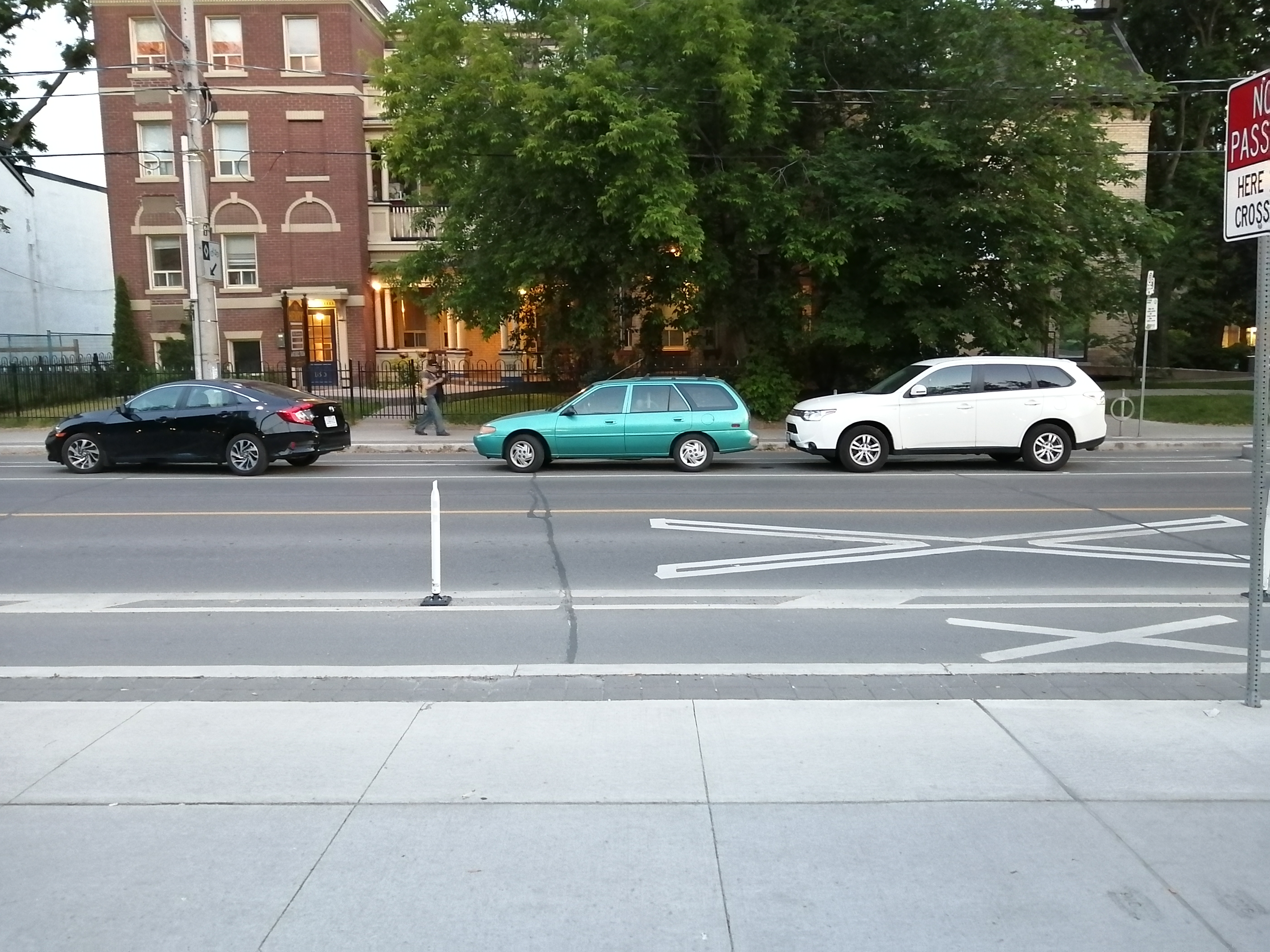 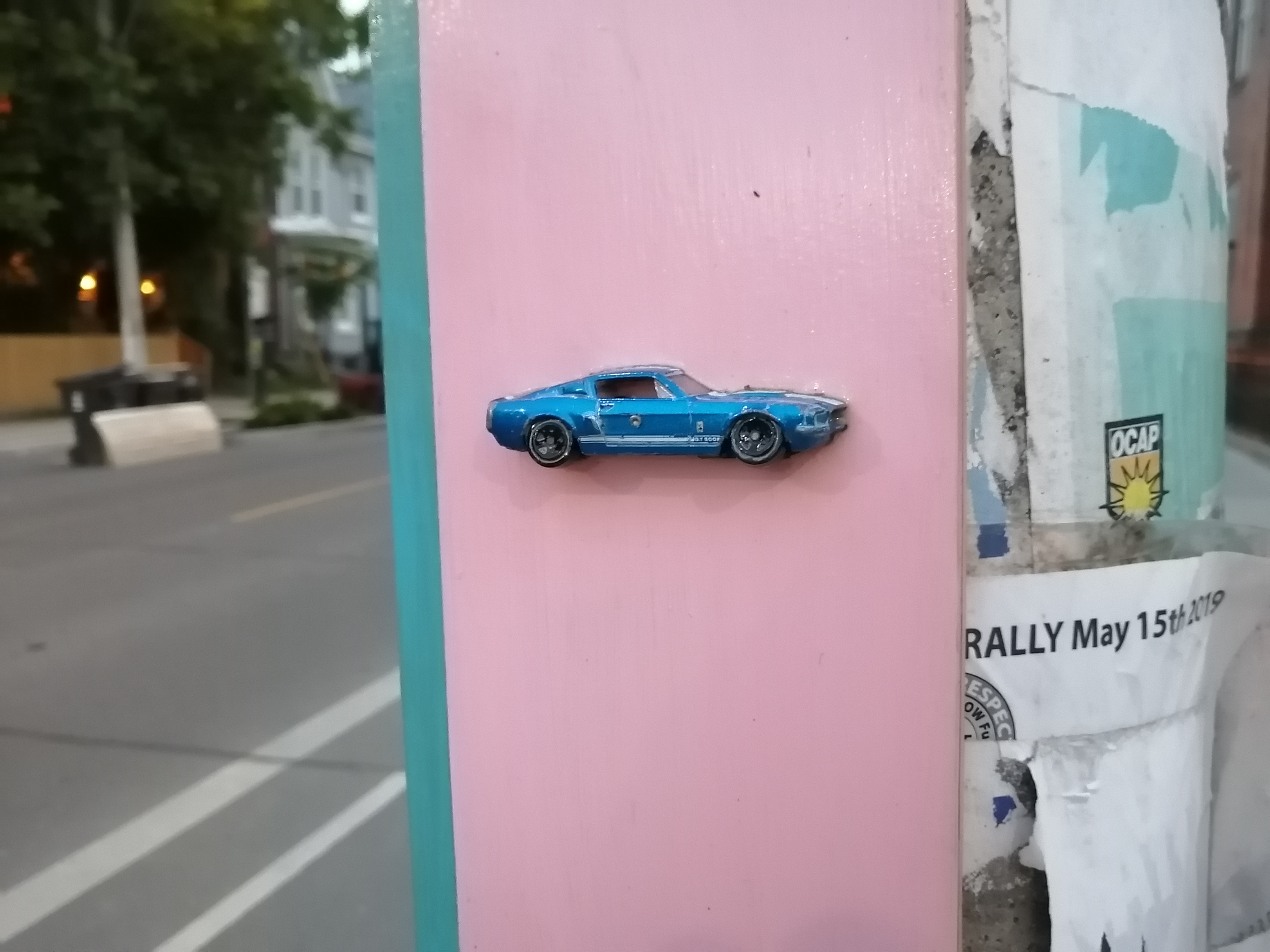 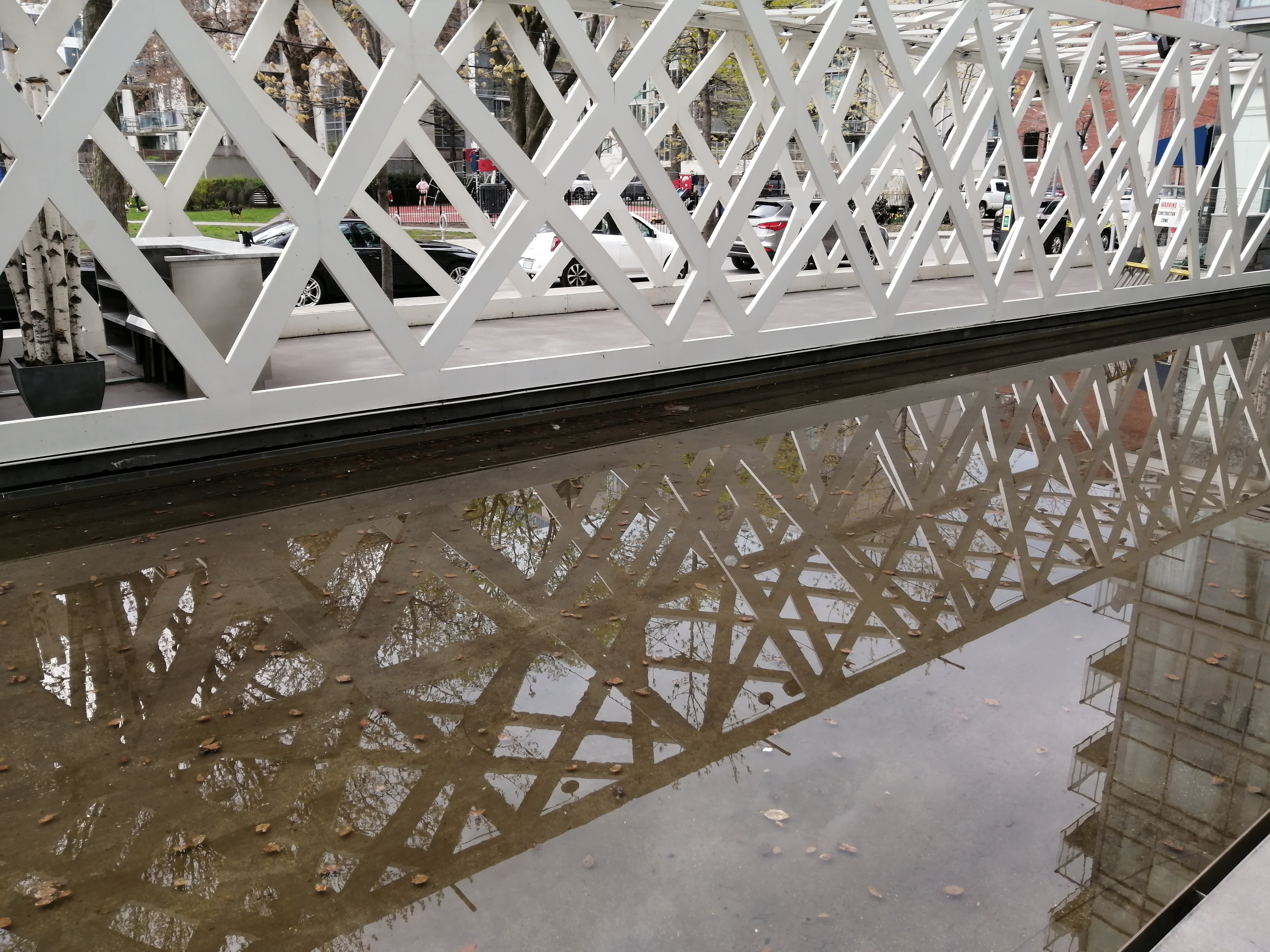 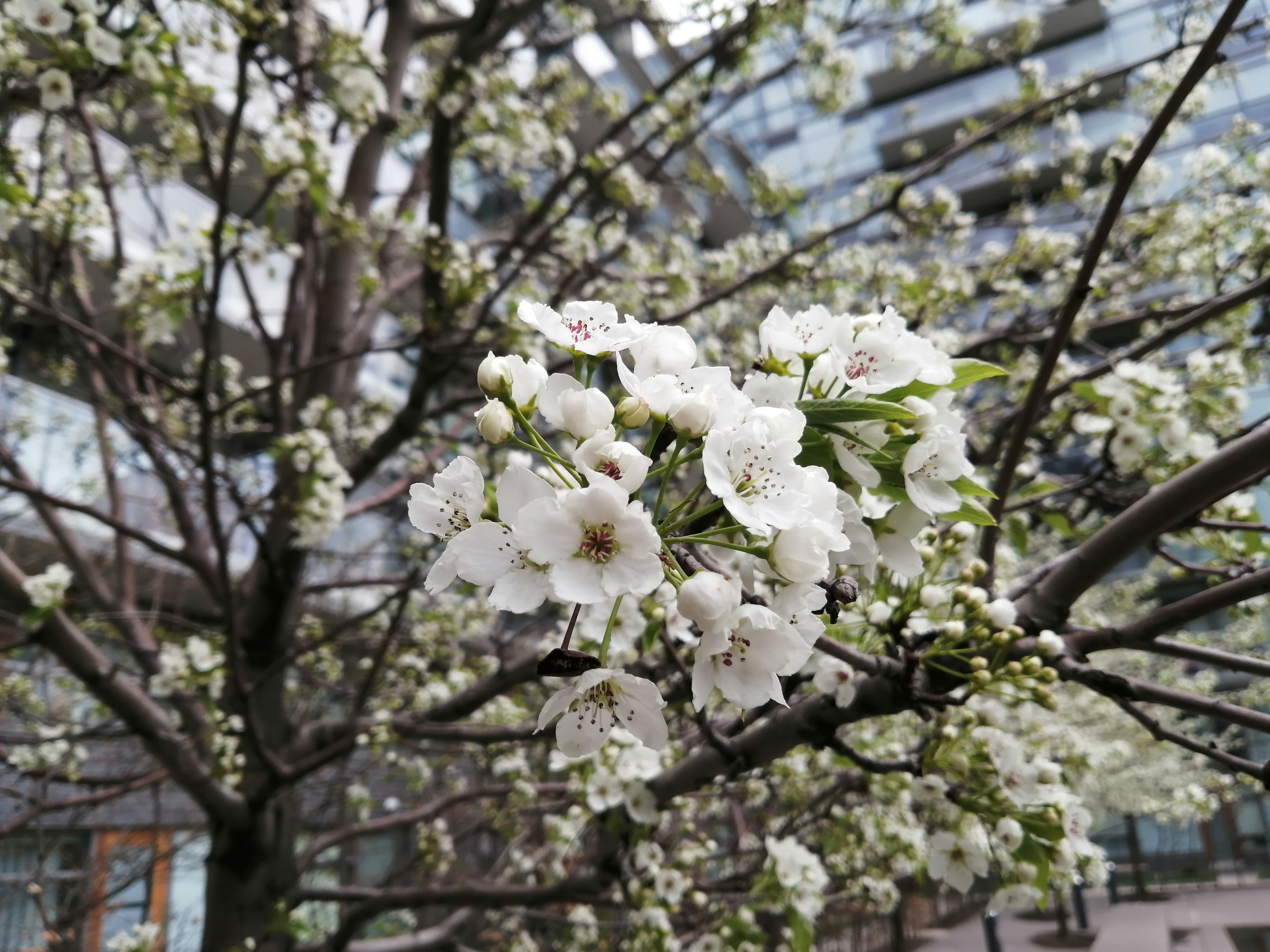 Unfortunately, there are a few drawbacks. The camera is unable to process busy details and sometimes the photos look a little overexposed or washed out.

To help combat some of these shortcomings, Huawei armed the P30 Lite’s camera with AI scene recognition software. This means the camera knows what it’s taking pictures of and adjusts the settings accordingly. The rear camera features 22 modes and the front has eight. You can find out more about them here.

I often found myself turning these modes off by habit, but frequently they’d surface and improve my shots. 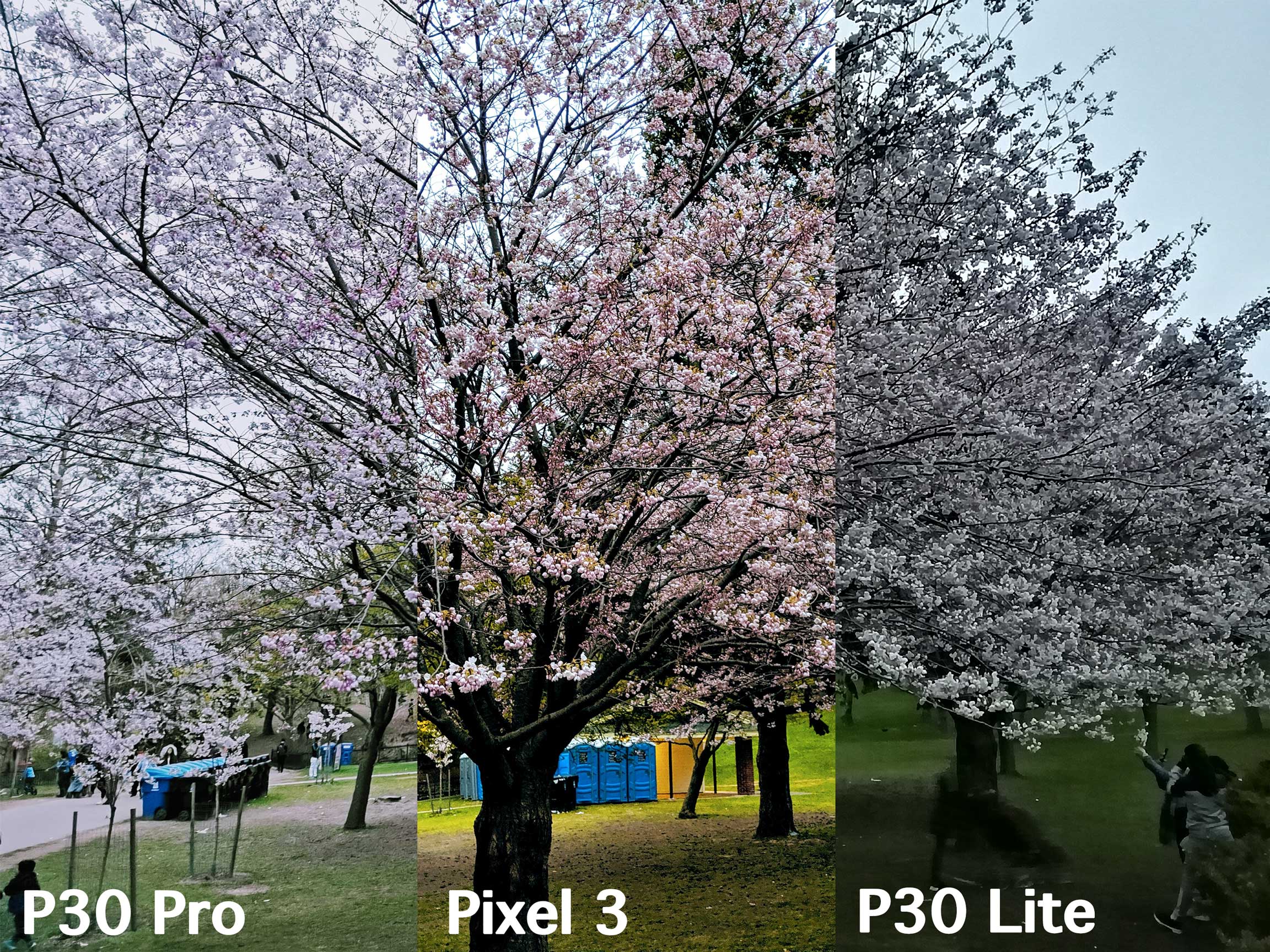 There’s also a night mode that I found was very hit and miss. It wasn’t as good as the P30 Pro or the Pixel 3, but it did help in some situations.

Overall, the camera takes pretty sharp pictures until you try to take a picture of something with a lot of detail like a tree with leaves or someone’s hair in a selfie. Once that happens, the camera shows its weaknesses, but for a day-to-day shooter, it’s all right.

Is EMUI as bad as people say? 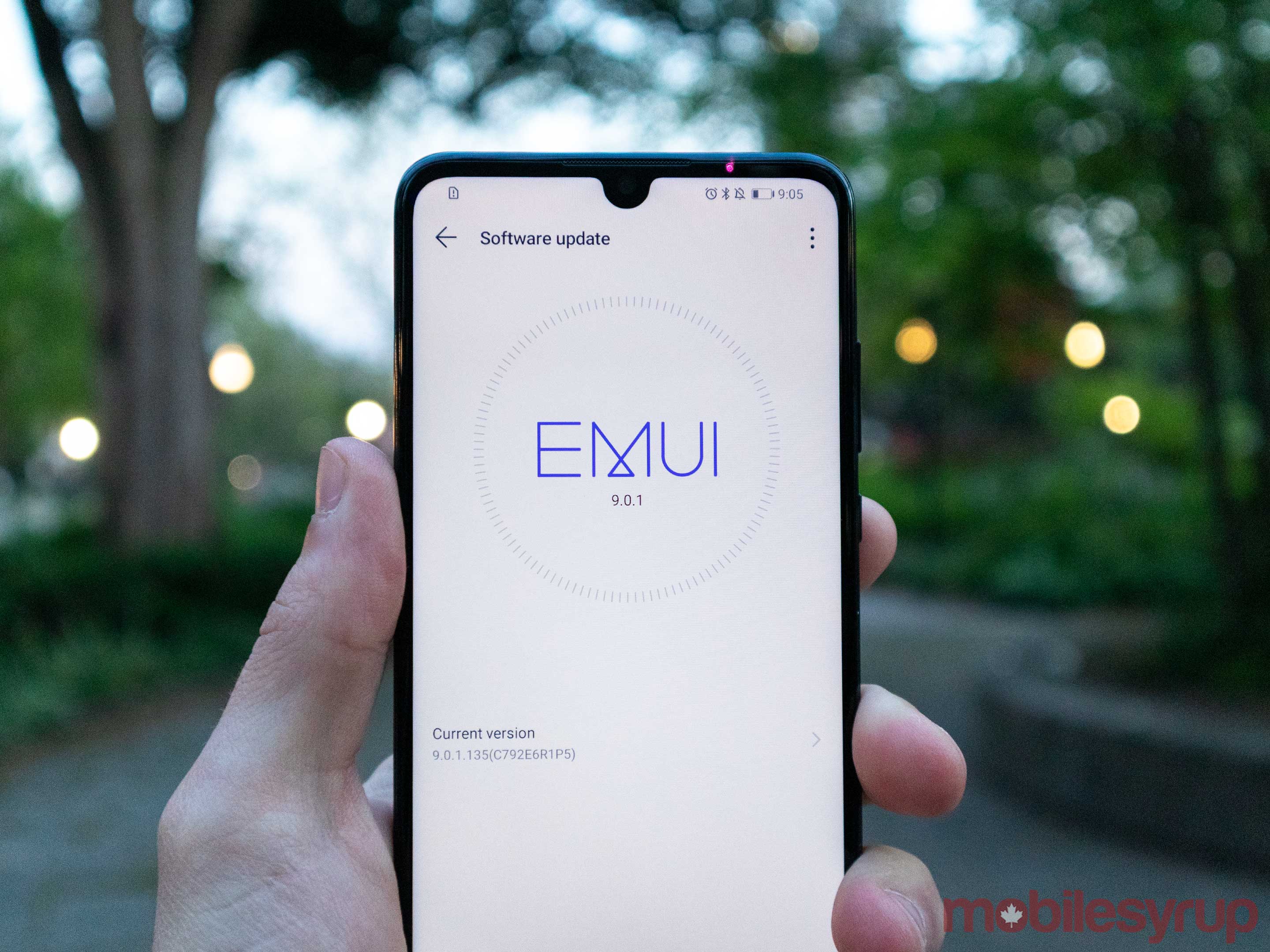 Nah, not really, But I think it could be better in a few subtle ways.

While Huawei’s EMUI 9’s visuals aren’t to my taste, you can adjust them with a launcher like Niagara or Nova and the Powershade app.

Swiping up on the lock screen also reveals quick toggles for the flashlight, calculator, timer and voice recorder.

Huawei even has a version of Google’s Digital Wellbeing toolset. You can set an overall screen time limit, limits for each app and a ‘Bedtime’ that grays out the screen past a certain time.

Getting software updates is one area that the phone has issues with. Unlike the Pixel series which get three or more years of software support from Google, the P30 Lite is on shakier ground.

Huawei doesn’t have the best track record of updating its phones. Last year’s P20 Pro didn’t get Android 9 until sometime in the winter, even though the update came out in the fall.

Either way, if you care about timely updates the P30 Lite isn’t the safest bet, but for the most part EMUI is an acceptable Android skin with a few cool features. 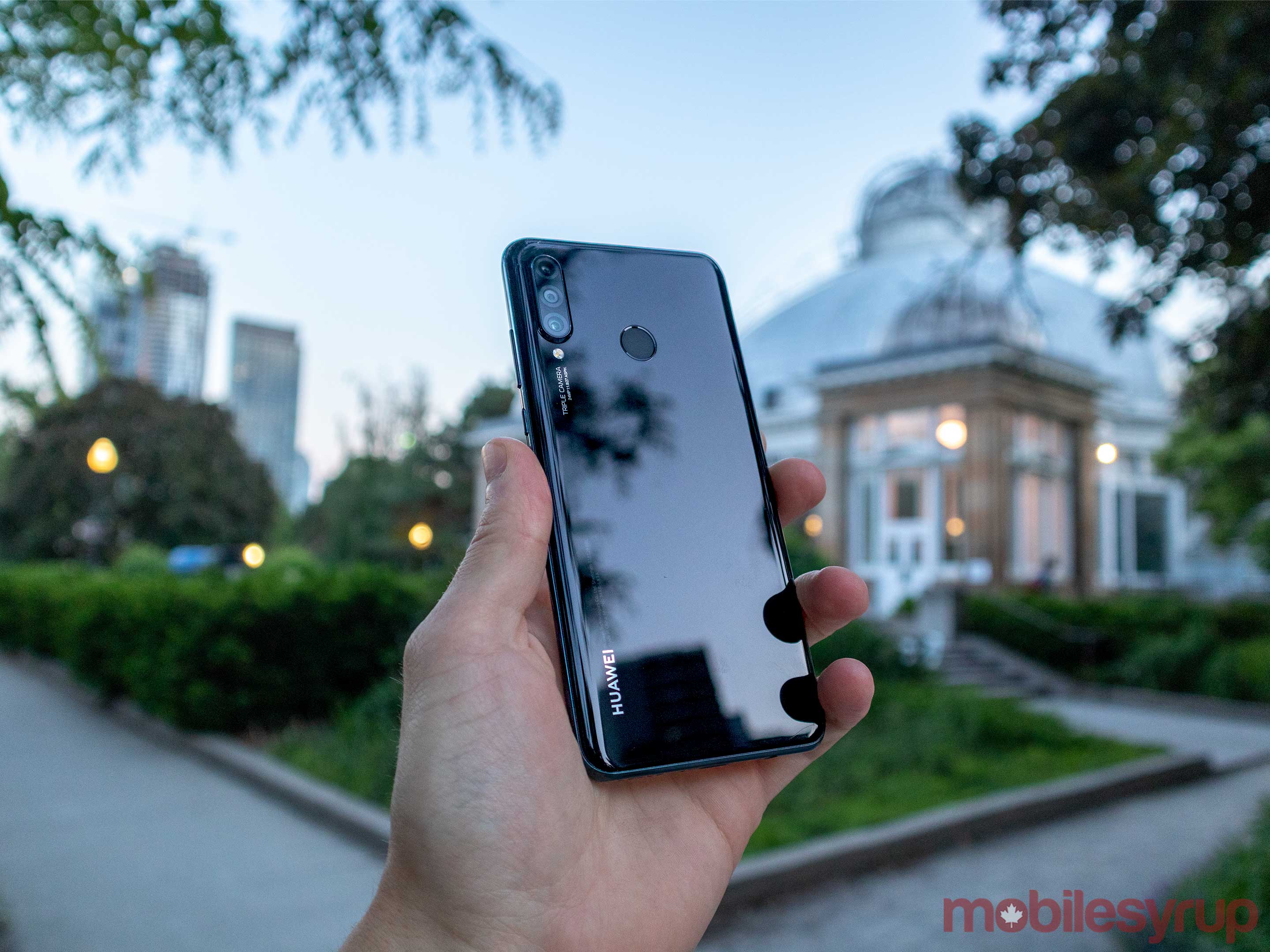 It's a great phone, but weigh it against its competitors and your needs carefully

In all honesty this is a great phone that’s held back by a few camera hiccups.

It seems like China and the U.S. have solved their issues and things are going back to normal.

This is a great phone with an attractive price tag and if you don't care about software updates or a perfect camera, then it isn't a terrible buy by any means.

Like I said in my intro, what do I need from a phone, and am I willing to sacrifice some of the things I want for the value of a more affordable device?

When it comes to the P30 Lite the phone is almost perfect. It offers fantastic value for its price, but since the camera sometimes falls short it struggles to give me what I need. Its $499 price tag is an appealing price for what this phone offers, but I'd recommend taking a close look at the pictures I've taken before you decide if this phone is right for you.

Sure maybe it’s missing Huawei's zoom lens or wireless charging, but am I really willing to pay over $500 more dollars for features like that when the P30 Lite can get me through each day without issue?

If you’re looking to buy a new phone this summer consider the P30 Lite because while it may not be cutting edge, it doesn't have a ton of issues holding it back either.

"Its $499 price tag is an appealing price for what this phone offers, but I'd recommend taking a close look at the pictures I've taken before you decide if this phone is right for you."