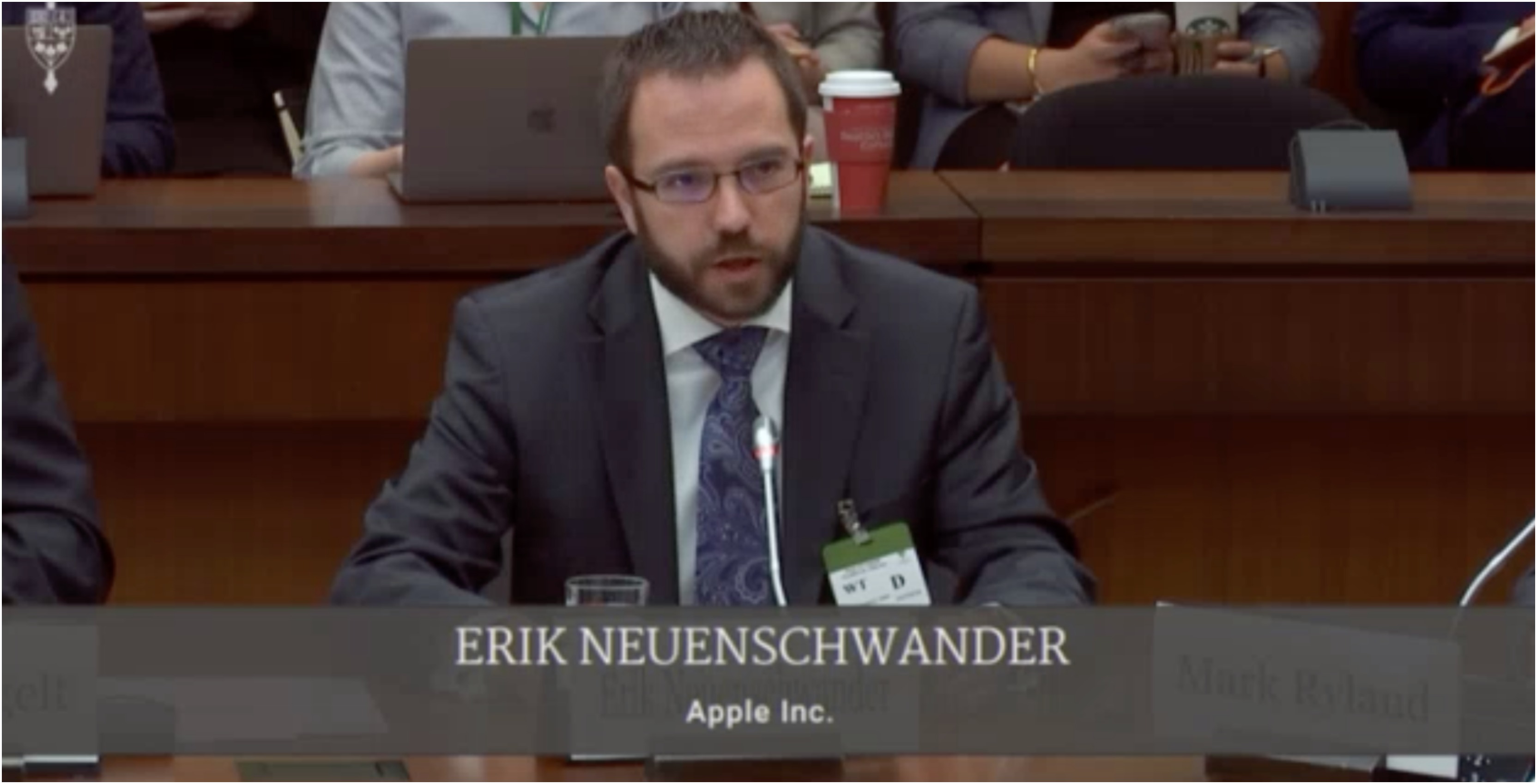 Among other issues on privacy and changing the way in which consent is obtained, global lawmakers probed an Apple executive why the company is enabling Facebook to “be the bad guy” by allowing the app to be in the App Store.

In an interview after the international grand committee that was hosted in Ottawa over three days, U.K Member of Parliament (MP) Ian Lucas said to MobileSyrup that it’s within Apple’s “power if they so choose to not work with people like Facebook. Not work with people who have values and systems that they disapprove of.”

“They are a powerful organization, and I would suggest they look into this,” he said. “Commercially it makes sense for them, but if [Apple] is asserting that they believe fundamentally in values of privacy and if we have concerns about data sharing and Facebook’s conduct over the past couple of years, then Apple needs to tell us whether they believe only in the bottom line or do they have values we don’t support.”

Lucas said Apple enables Facebook to “be the bad guy.”

The House of Commons Standing Committee on Access to Information, Privacy and Ethics hosted representatives from 13 other countries to take part in the second session of meetings of the international grand committee. The third and final meeting was on May 29th and brought representatives from Apple, Amazon, Microsoft Canada, and Mozilla to the table.

During that meeting questions focused on online extremism, how Facebook collects data and how government regulation could be implemented

The first session was in November 2018 in London, U.K.

Erik Neuenschwander, Apple’s manager of user privacy, said during similar questioning at the committee that “Facebook is a popular application” and that users “would turn to web technologies to turn to Facebook.”

Canada’s ethics committee chair Bob Zimmer agreed with Lucas and said that by having Apple have Facebook on the App Store it is continuously allowing Facebook to collect data.

He said Apple’s CEO Tim Cook has publicly been clear about the company’s values, and consumers should be able to decide how they want to access Facebook.

“The comment from Apple was well the user will just simply go to an online experience and go to the web browser, but as a user myself, you’re going to want to use the app as the app, not as a web application,” the Conservative MP said.

“I think they can set the stage,” Zimmer said. “I would challenge Apple to make that a part of their application in their system.”

To note, in an opinion editorial piece in Time Magazine online, Cook said illustrated four points that should guide legislation.

It is also important to note though that throughout his testimony, Neuenschwander focused on how Apple protects user data and “takes many steps to protect privacy.”

He also added that Apple does not monitor what applications users download and use, nor does it collect any type of data to decide which applications to promote or focus on.

“We do not surveil users of their use of apps. Once it is executed on the phone we don’t look at network traffic that they are using,” he said.

Lucas said during the interview that it was impressive the efforts Apple was taking, but that by having Facebook as an application on its App Store it is “facilitating [Facebook].”

“[Apple] is not just supporting them, they are facilitating access to Facebook through their hardware. They could choose not to do that and that’s a decision for the Apple organization to make,” he said.

Zimmer said that the planning of the next international grand committee was up to the delegates from Ireland but that the meeting in Canada had “set the bar.”

“We didn’t want Facebook necessarily sitting next to Apple, but we think it worked well,” Zimmer said.

Apple’s App Store has stringent rules and is curated by the tech giant. All apps are reviewed and either approved or rejected by Apple.