Right on the heels of the Galaxy S9 and S9+, Android 9 Pie and One UI are starting to roll out on Canadian Note 9 units.

A MobileSyrup readers have notified us that they have received the update this morning. The update is hitting most carriers, including Telus, Freedom, Koodo, Rogers, Fido, and Bell. 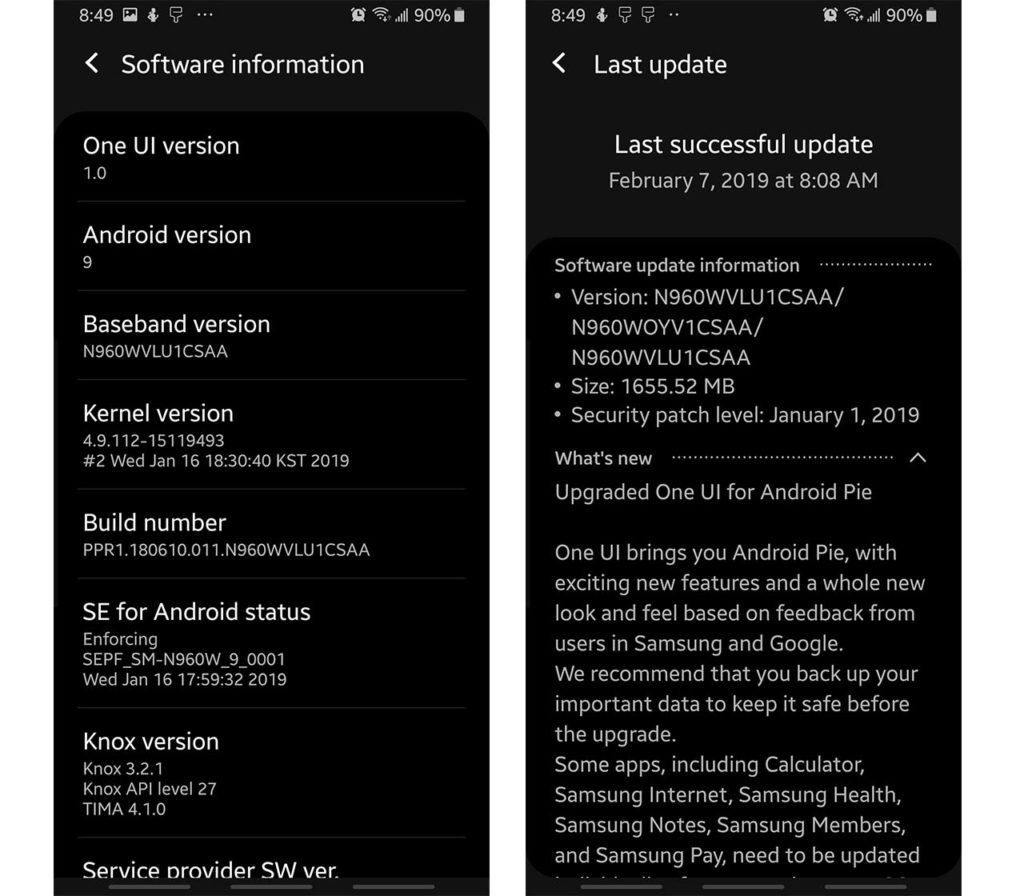 The update brings a complete overhaul to the Samsung user experience, with the company’s latest user interface, One UI, alongside the newest version of Android 9 Pie.

The file size for the update is 1,655.52MB. You can check to see if you have it by, going into ‘Settings,’ tapping ‘About Device,’ and then ‘Software Update.’ If you don’t have the update, you might have to wait until February 11th.

Let us know in the comments below if you’ve received the Android 9 Pie update on your Note 9.