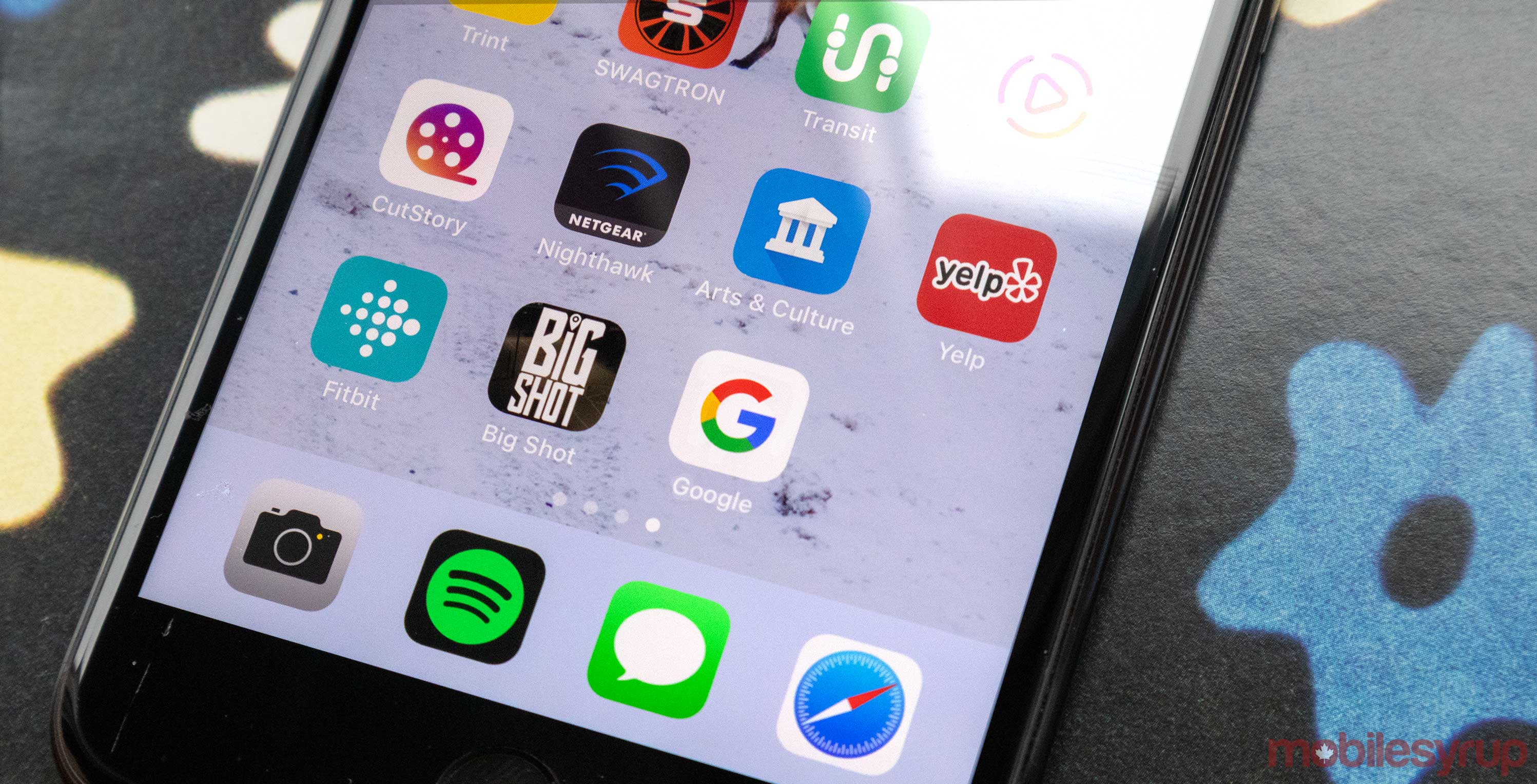 The news was reported by The Verge, citing “a person familiar with the situation,” and follows reports that Google used its ‘Screenwise Meter’ iOS app as part of a market research program to monitor iPhone device usage.

Though Google disabled the Screenwise Meter iOS app on January 30th, 2019, The Verge’s source told the publication that early versions of Google Maps, Hangouts, Gmail and “other pre-release beta apps” have stopped working.

Internal apps like the Gbus transportation app and the company’s cafe application have also been affected.

A Google spokesperson told MobileSyrup via email that Google is “working with Apple to fix a temporary disruption to some of our corporate iOS apps, which we expect will be resolved soon.”

Cupertino revoked Menlo Park’s certificate following a separate TechCrunch report alleging that Facebook paid users between the ages of 13 and 35 approximately $20-per-month to sideload the Research app onto iOS devices to gather phone and web activity.

A Facebook spokesperson told MobileSyrup in a January 31st, 2019 email that “key facts about this market research program” were ignored.

“Despite early reports, there was nothing ‘secret’ about this; it was literally called the Facebook Research App,” Facebook told MobileSyrup.

“It wasn’t ‘spying’ as all of the people who signed up to participate went through a clear on-boarding process asking for their permission and were paid to participate.”

Facebook also said that fewer than five percent of users who participated in the market research program were teens.

“All of them signed parental consent forms,” added Facebook.

Apple’s ‘Enterprise Program’ provides developers with tools to build internal apps that can be installed outside the bounds of the iOS App Store.

According to a statement previously issued to The Verge, Apple explained that “any developer using their enterprise certificates to distribute apps to consumers will have their certificates revoked.”

It’s interesting to note that Apple’s decision to revoke Google’s certificate suggests that Cupertino didn’t unfairly target Menlo Park, and simply expects two of the world’s largest tech companies to play by the same rules as every other iOS developer.

While Google disabled the Screenwise Meter’s iOS app, the Android version is still available on the Google Play Store, indicating that the market research program is still active.