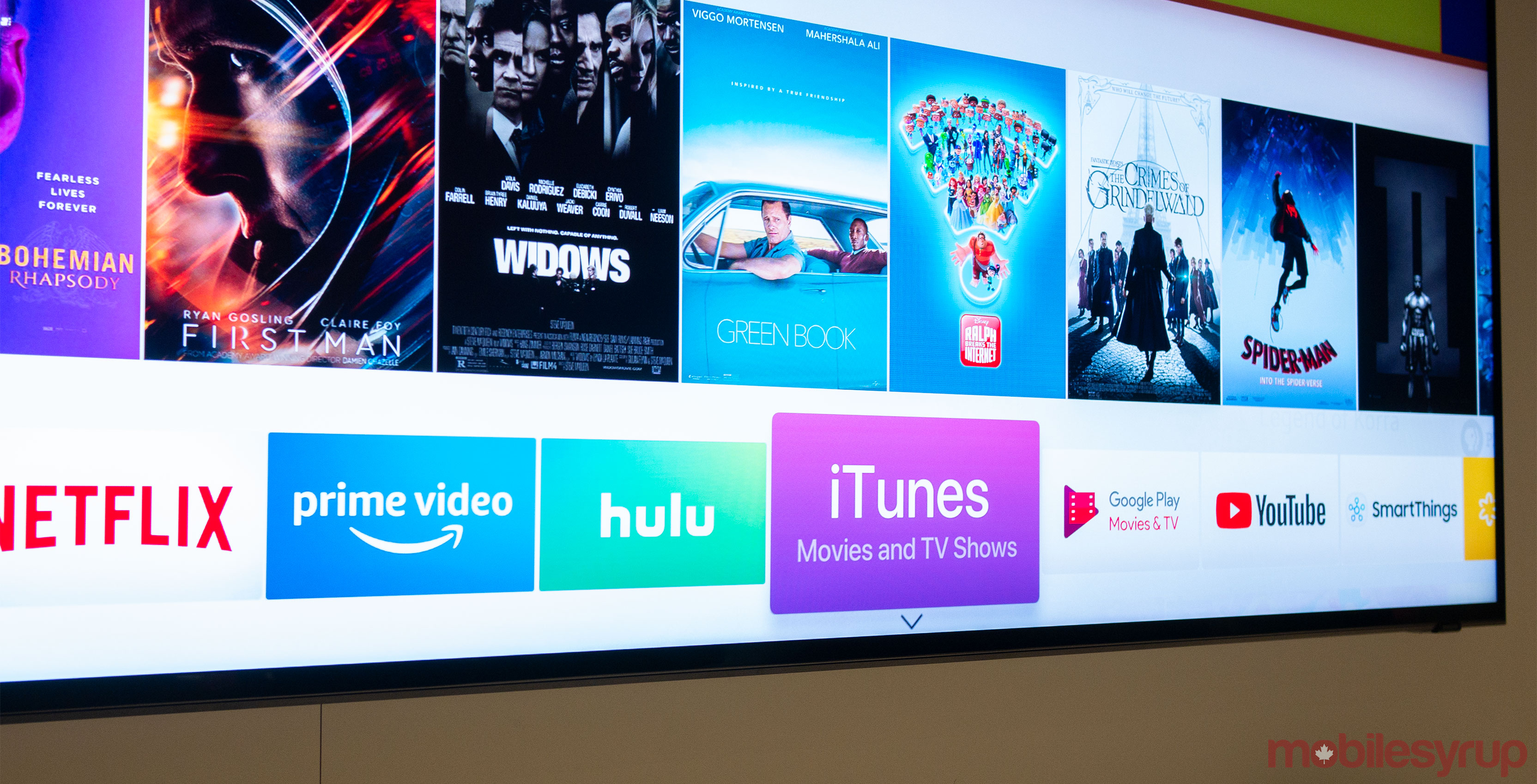 It looks like Apple’s walled-garden approach to platforms and software could be slowly eroding.

During Samsung’s ‘First Look’ CES 2019 event, a representative from the South Korean company confirmed to MobileSyrup that Apple’s iTunes Movies and TV Shows app is set to come to the company’s televisions in Canada.

In a surprise move, Samsung recently announced that iTunes Movies and TV Shows will be making their way to its 2018 and 2019 television lines “this spring“. The company says that the service will launch in “more than 100 countries” including Canada.

2018 Samsung televisions will receive a free firmware update that brings both Apple’s AirPlay 2 wireless audio and video streaming protocol, as well as the company’s iTunes app, to the TVs. Conversely, Samsung’s 2019 televisions are set to support both AirPlay 2 and iTunes right out of the box, according to the company. 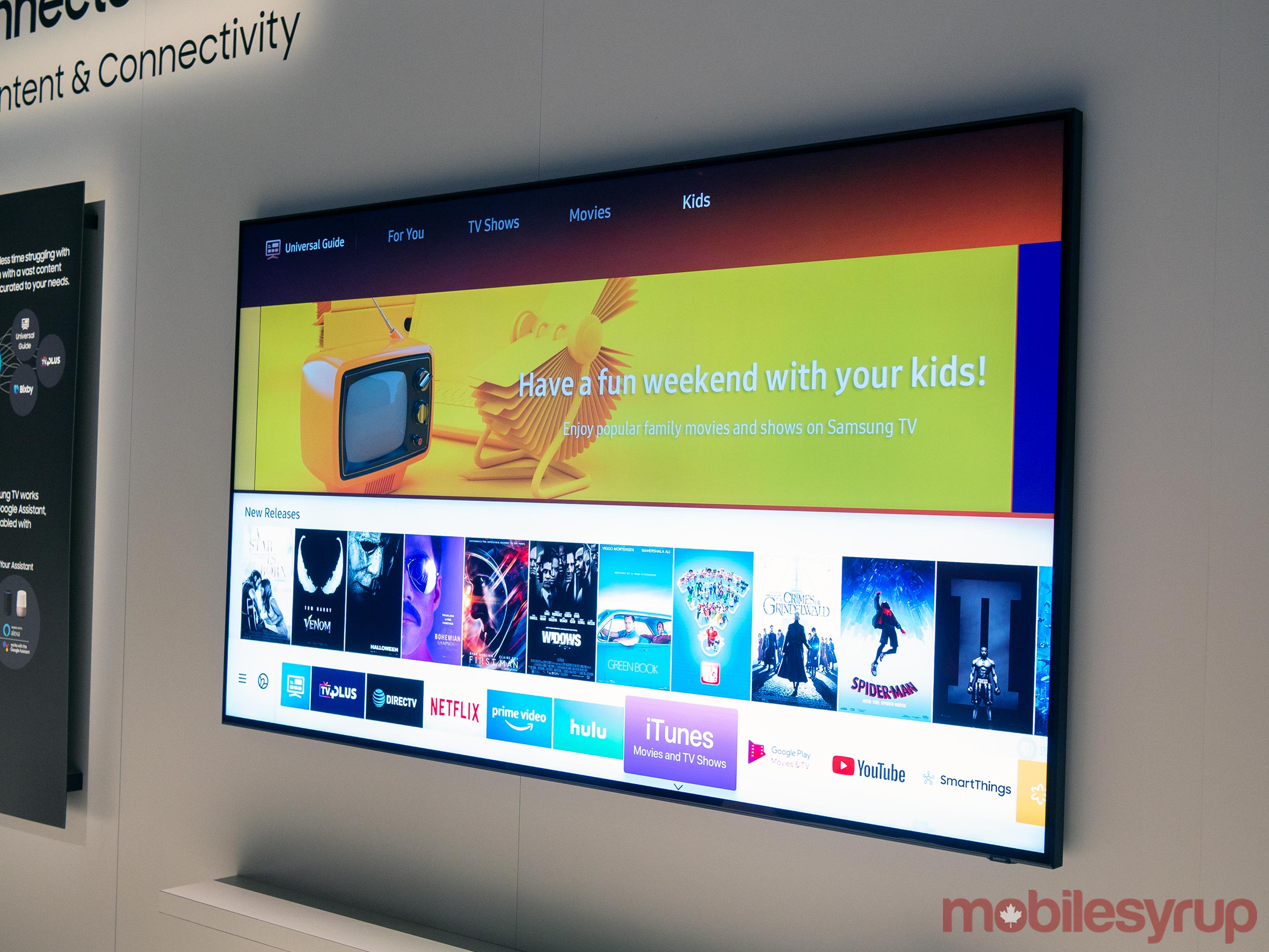 While this is an unprecedented move on Apple’s part, many questions remain. For instance, it’s unclear if the app is being built from the ground-up for Samsung’s Tizen smart TV platform. Further, it’s also possible that other television manufacturers could soon reveal similar agreements with Apple, especially given that Samsung used its First Look event to show off Amazon Alexa and Google Assistant integration with its televisions.

Samsung is also remaining uncharacteristically quiet regarding its partnership with Apple. The Samsung representative I spoke with that confirmed Apple’s iTunes and Movies app would be making its way to Canada, stated that they “weren’t able to talk about that right now” when asked if Apple now has an in-house Tizen development team. iTunes also strangely couldn’t be launched at the event, with the Samsung representative referring to the on-screen icon as just a placeholder.

Given that Apple’s often-rumoured television streaming platform is reportedly set to launch in 2019, it makes sense for the Cupertino, California-based company to be bringing the service to competing platforms to increase subscriber numbers and widen its audience.

This also isn’t the first time Apple has taken this approach with its platforms. The company eventually brought iTunes to Windows devices back in 2003 a few years after the iPod’s launch. Apple Music is also available on Android as well as iOS.

Update 01/07/19 11:48AM: LG annoucned it would also support Air Play 2 on its 2019 line of smart TVs. However, the company did not announce iTunes support. LG’s TVs will support HomeKit and HomePod as well, allowing users to send videos to their TV using Siri or ask Siri to play a movie on your TV.