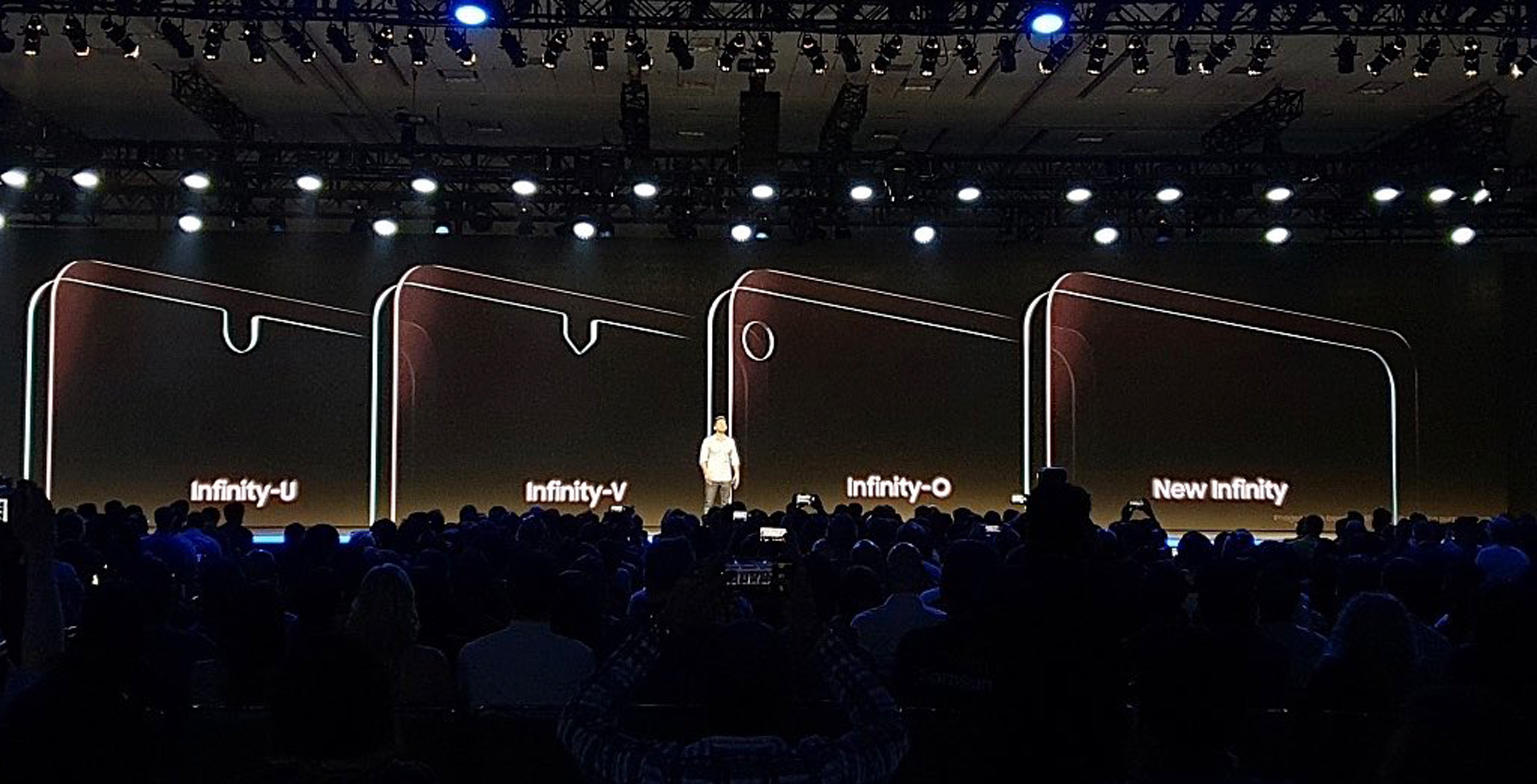 As far as notches go, however, the ‘Infinity-U,’ ‘Infinity-V’ and ‘Infinity-O’ displays all feature cutouts that are minimal — in comparison to something like the notch on the iPhone X or the Google Pixel 3 XL.

The Infinity-O notch is the most radically designed, featuring a circle cutout placed on the top-left side of the screen.

Interesting to note is that the Infinity-O display appears to be similar to a Galaxy S10 render made by concept designer Ben Geskin.

Geskin’s render shows a Galaxy smartphone with no bezels or notch whatsoever, but a hole in the top of the display for a front-facing selfie camera.

This must be it. #GalaxyS10 pic.twitter.com/19MMu5TZZT

Unlike the notched displays, the New Infinity appears to feature no bezels and no notches.