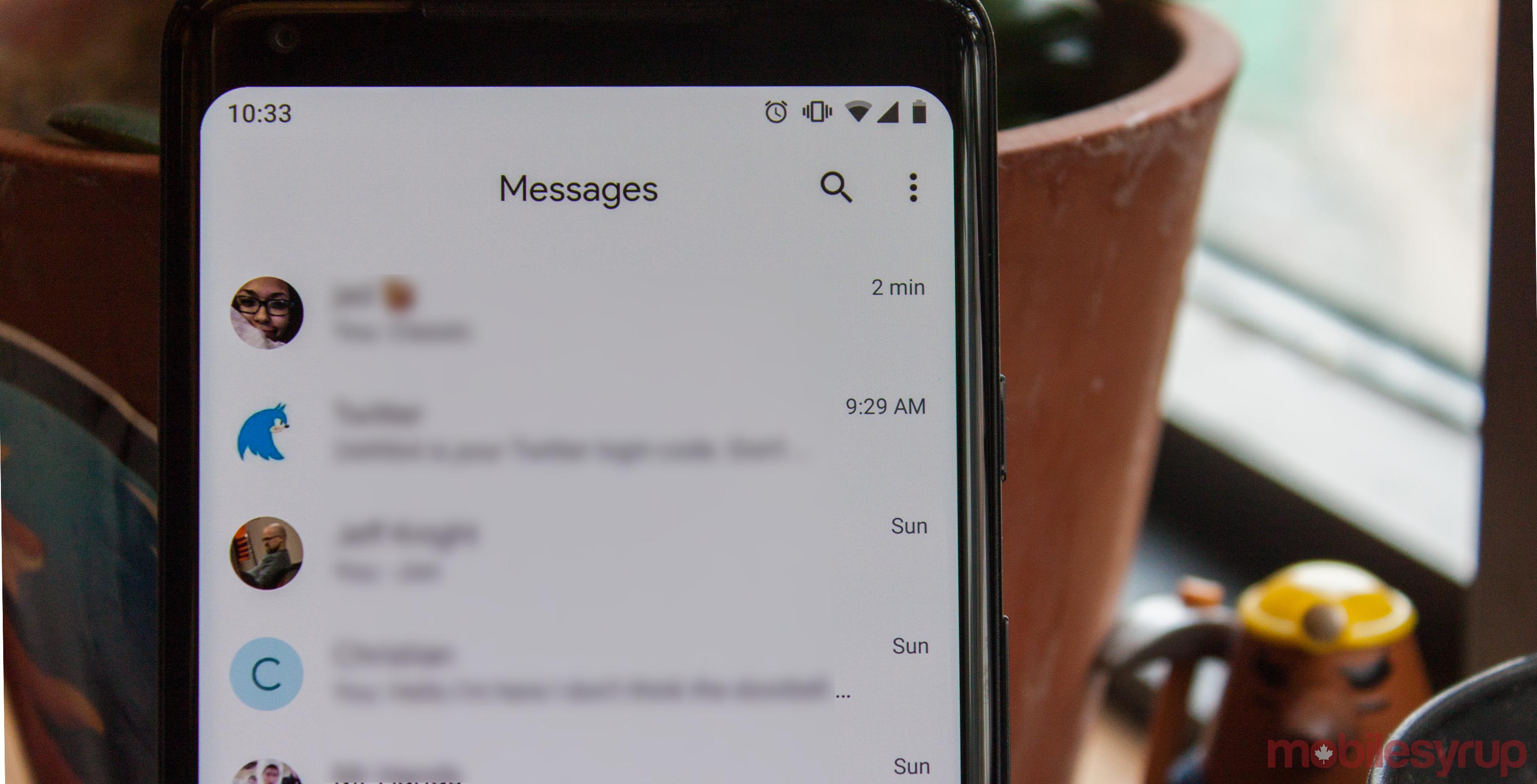 Google began pushing out the Android Messages update again this weekend. However, this time around it looks like the update will stick.

The main change is the design. Google brought the app in line with its other app offerings. Messages is now all white, replacing the blue title and status bar. The ‘Start chat’ button is new as well. It is an elongated oval and shrinks down to a circle when you start scrolling.

Furthermore, Google centred the ‘Messages’ title at the top of the app. Additionally, the search giant removed customizable chat colour options. Previously, users could go into ‘People & options’ and select a colour for that chat.

Finally, the biggest change is the addition of a dark mode. Switching to dark mode turns the white background to a dark grey. On top of that, it deepens some of the colours for contact icons.

It’s worth noting that the new look rolled out to Messages for Web as well. 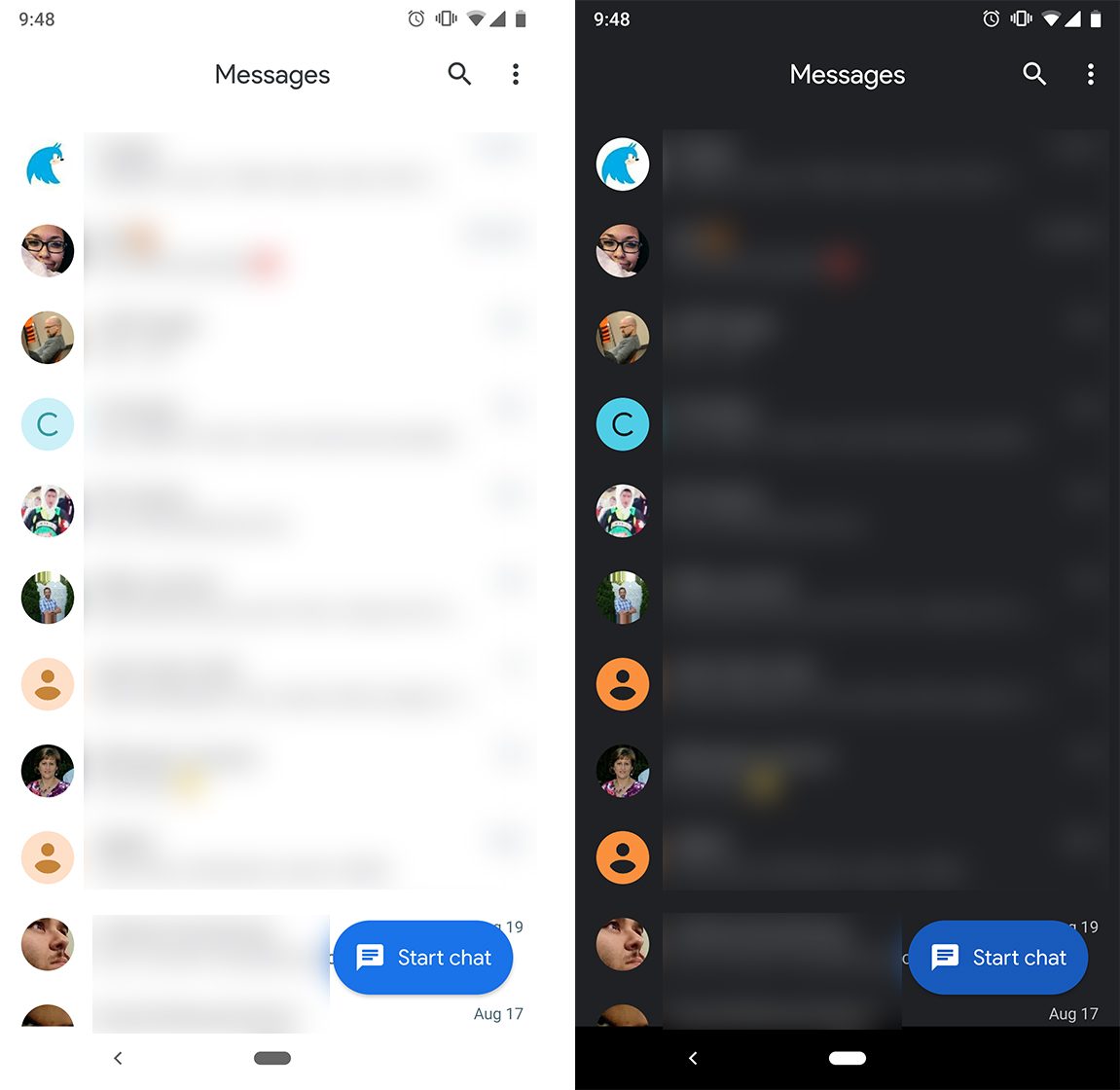 How to get the new look

The update itself is two-fold. The first part was Android Messages 3.5 (after this weekend, it’s 3.5.052). On top of that app update, there was a server-side update as well.

It appears that the server-side update contains the new design, but it depends on Messages 3.5. For users who saw the 3.5 update last weekend, their app should automatically return to the new design.

However, those of us who didn’t see that update last weekend, we’ll have to wait for the Messages update to roll-out from the Play Store.

Alternatively, you can update the app yourself using an APK from an external source. I’d recommend doing that only if you’re comfortable with the procedure, as it is potentially risky compared to an update from the Play Store.

Once you’ve got the 3.5 update, you may have to close and open Messages a few times to get the new design to stick. Personally, I quite like the new look. It feels more modern to me. Despite that, many are not fans of Google’s new all-white approach.

Let us know in the comments if you’ve gotten the update. What do you think of the new look?