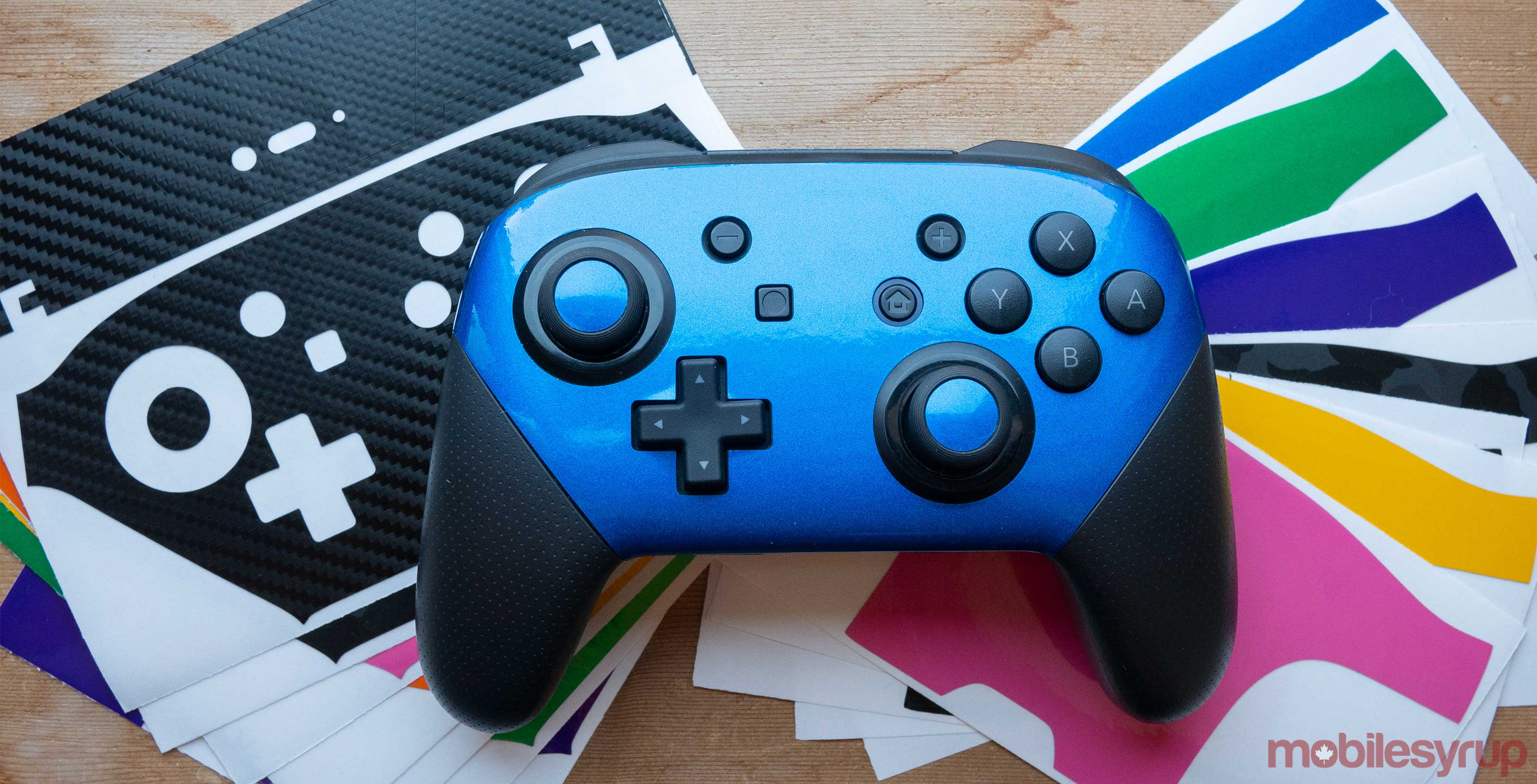 Hot on the heels of the release of dbrand’s Switch skins that don’t damage the console’s finish, the Toronto-based company has released a new collection of skins specifically designed for the system’s surprisingly superb Pro Controller. 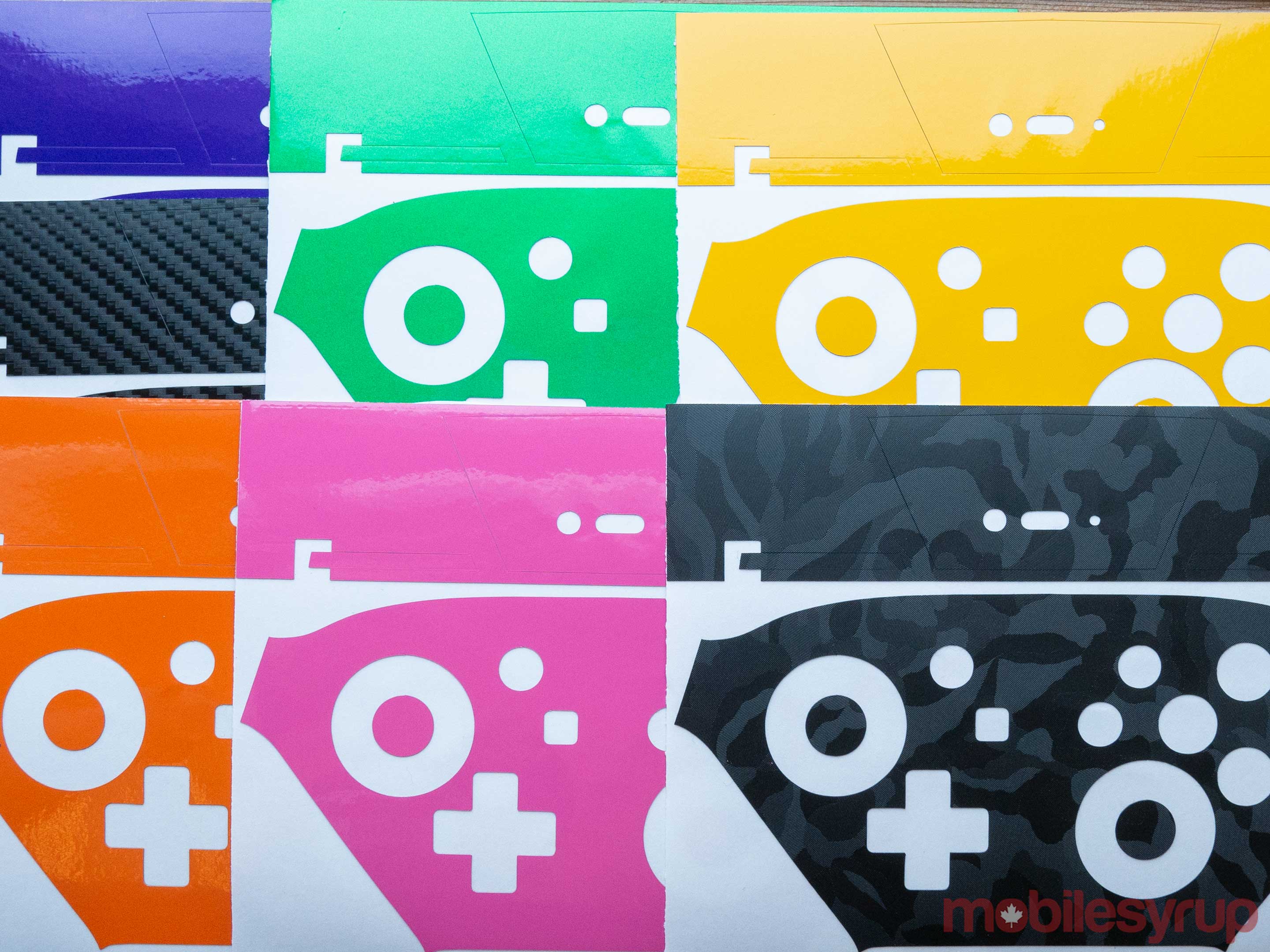 Both the front and the back of the skin come together as a single kit. The top, which includes cutouts for the Pro Controller’s various buttons and joysticks, is relatively easy to apply and only requires lining it up with the top of the gamepad.

The edges of the skin — two flaps that fold under its rear — need to be heated with a hairdryer shortly after application in order to stretch out any unsightly wrinkles. While this might sound intimidating to some, the process is quick and only takes a few seconds of warm air. It also goes a long way towards ensuring the skin looks cleaner on the Pro Controller — especially around its edges. 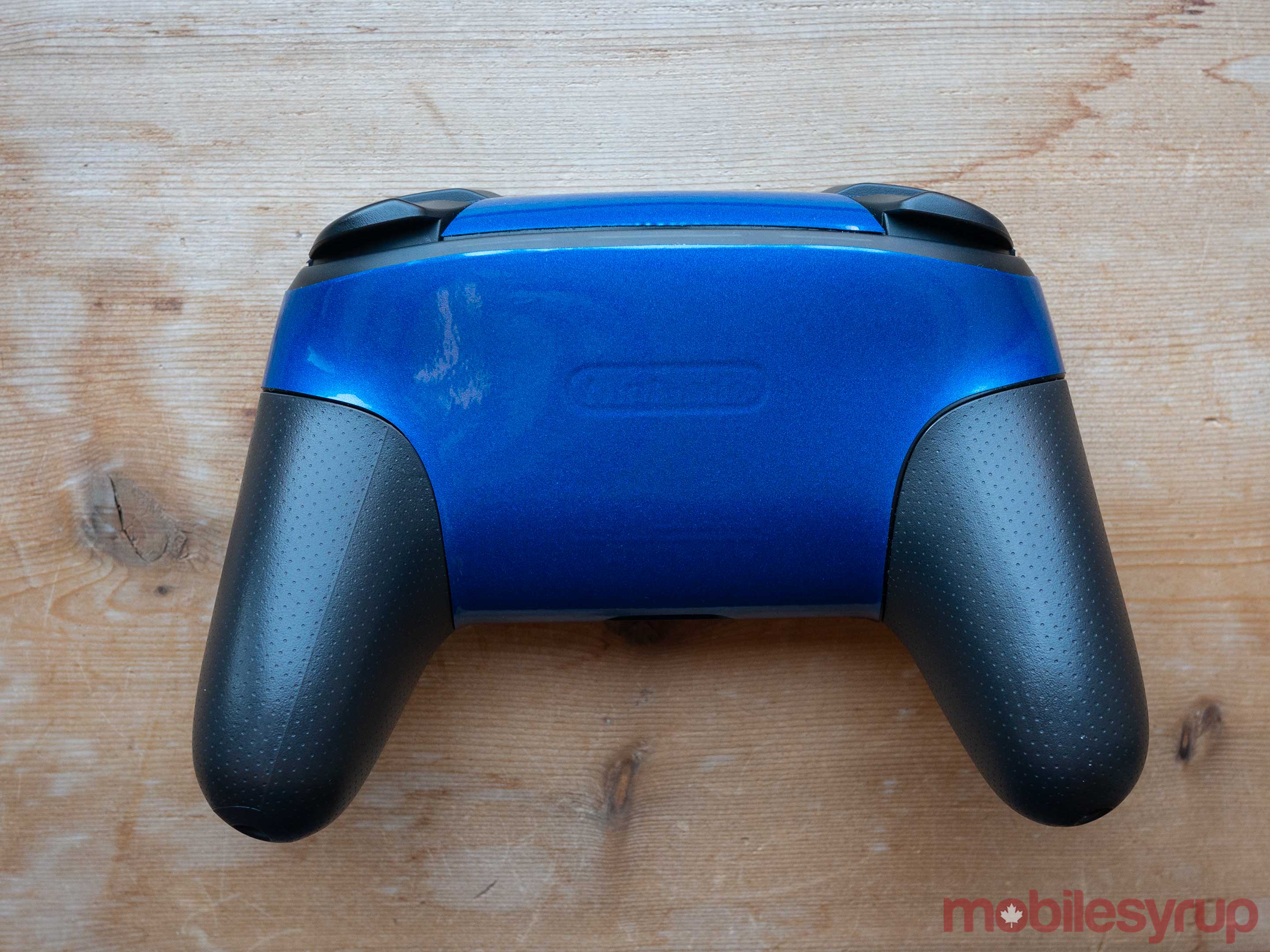 The most difficult part of the application process is applying the Pro Controller’s joystick cutouts, which I actually eventually opted not to use because I found my thumbs often slipping off their slick surface. The side and shoulder button parts of the skin also require intricate placement, though I didn’t run into any issues when adding them to my Pro gamepad.

In terms of colours and finishes, dbrand sells its Switch Pro controller skin in ‘Camo,’ ‘Carbon Fiber,’ ‘Matte,’ ‘Red,’ ‘Yellow,’ ‘Blue’,’ Pink,’ ‘Orange,’ ‘Green,’ and ‘Purple.’  It’s worth noting that while the Camo, Carbon Fiber and Matte offer a texturized finish, the other coloured options are glossy and reflective. 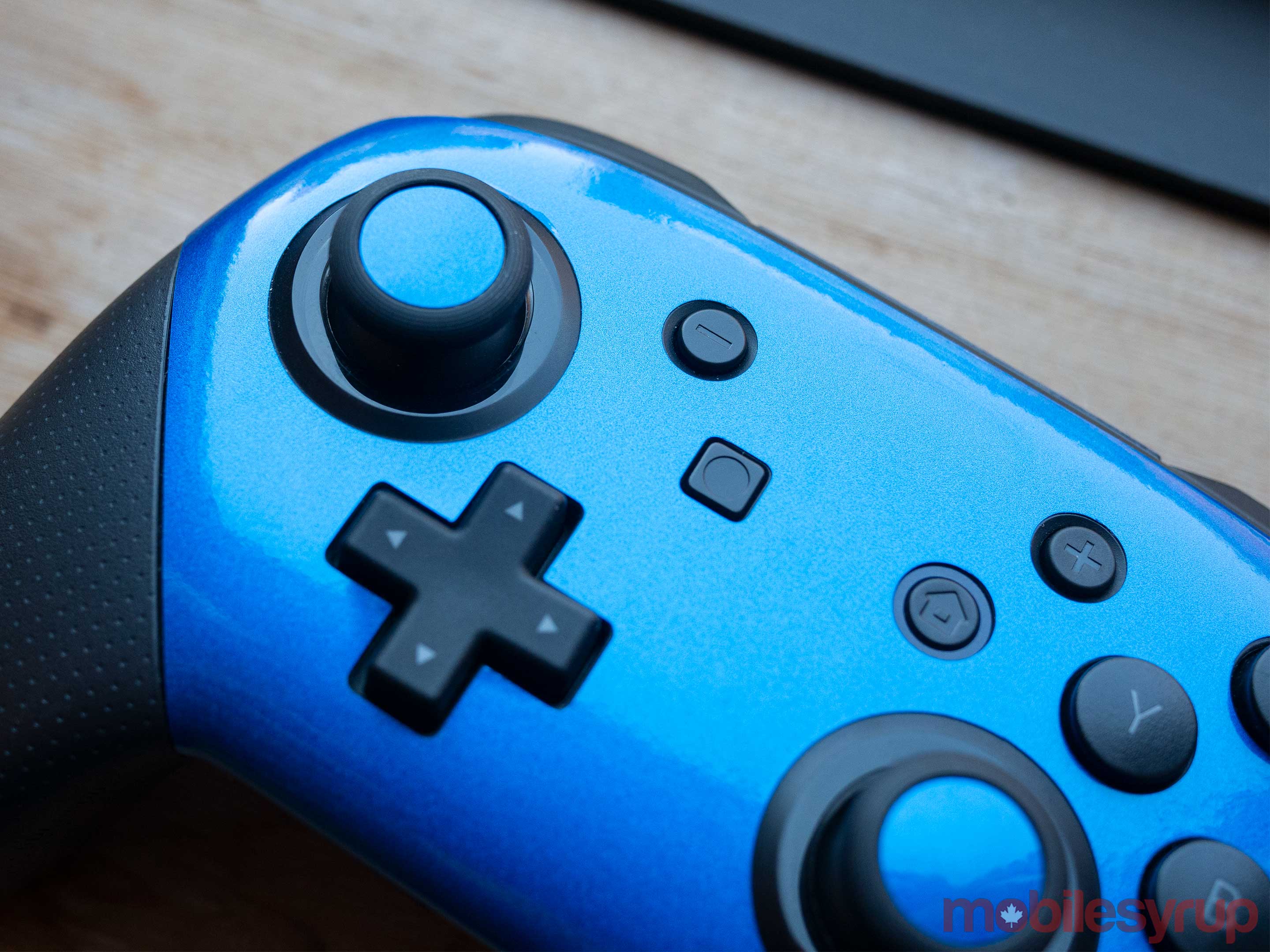 As you can probably guess from my photos, I opted for the Blue gloss setup.