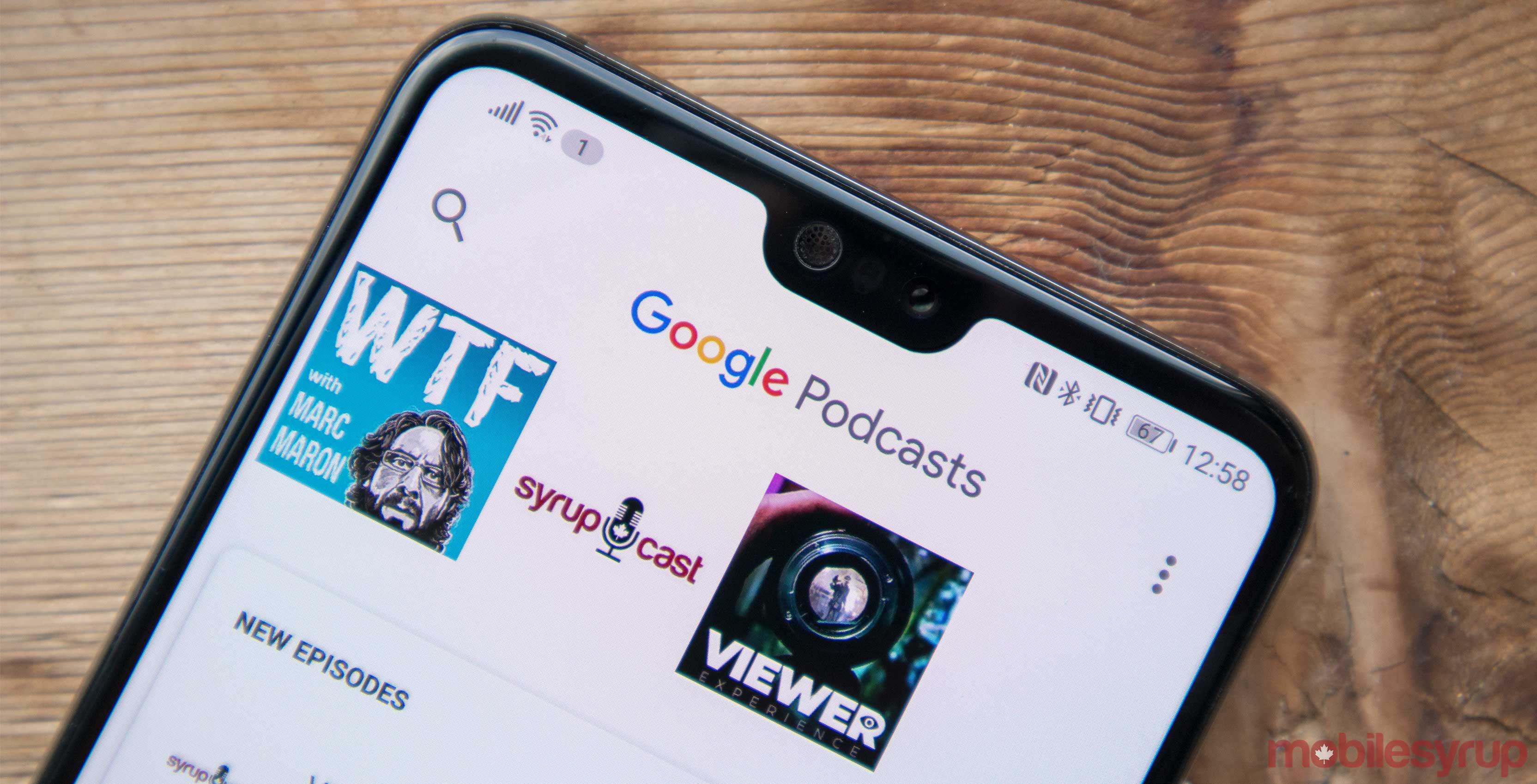 Google’s Podcast section received a slight visual update as part of the search giant’s continued push towards a podcast app.

The visual tweaks are part of the Google app update. The update brings the app to version 8.7. It began rolling out to beta testers late last week.

Google Podcasts features a new lighter theme that better matches the company’s other apps along with a new icon. The play controls have been overhauled as well. Instead of a dark grey background, the controls are on a white background. Additionally, Google has changed the play button to a hollow triangle akin to the back button on Android P.

Furthermore, the new play controls feature a new icon in the bottom right corner — and ‘i’ in a circle. Tapping that opens up a new episode listing. Previously, the podcast app didn’t have a dedicate page for episodes. Instead, users could tap on an episode in the list, expanding it to show details.

The new episode page has an elongated blue play button. The button fills up to show how far along an episode you are. The redesign moves the download button up beside the play button and adds an overflow menu with an option to ‘Mark as played.’

Finally, the app has a new ‘For you’ section on the home screen. The section has three tabs: ‘New episodes,’ ‘In progress’ and ‘Downloads.’

If you want to try out these new features, you can enroll yourself as a beta tester on the Google app page in the Play Store. You’ll be given an option to upgrade to version 8.7 of the app. However it appears the Podcast changes are part app update and part server-side update. After upgrading my Google app to version 8.7, the only noticeable change was title bar.

The bar at the top of the app used to say ‘Podcasts’ on the left side and featured a search button and menu button on the right. Now it says ‘Google Podcasts’ in the center and the search button has been moved to the far left.

If all that seems like a little too much effort for something that may not even work, you can just wait like the rest of us. Google will likely do a full rollout of 8.7 to everyone in the coming weeks.