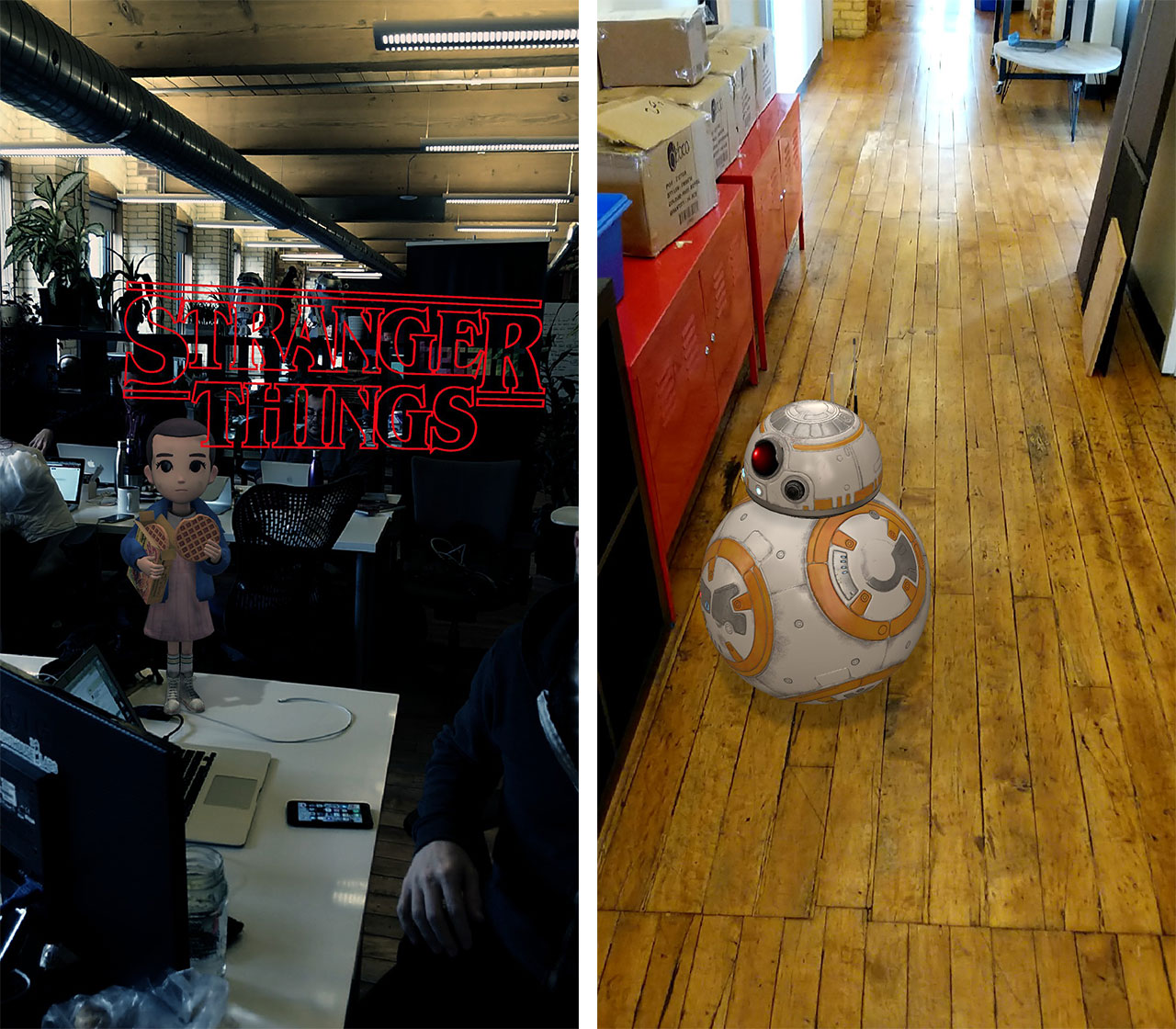 In celebration of the release of Star Wars: The Last Jedi, Google has partnered with Disney to bring augmented reality Star Wars stickers to all Pixel devices running Android 8.1 and above.

Along with Star Wars stickers, users will also be able to attach what Google is calling Foodmoji and 3D Text stickers, as well as stickers from Netflix’s Stranger Things series. AR balloons are also coming to the platform just in time for New Years, according to Google.

These stickers can be placed over live images and video. It doesn’t seem possible to place AR stickers on photos or video you’ve previously shot, though this is to be expected.

In order to locate the new AR sticker feature, open the Pixel’s camera app and tap the three lines (sometimes referred to as the hamburger menu) in the upper-left corner. Next, select ‘AR Stickers,’ which should be sitting just above ‘Settings.’

Stickers are then placed by dragging and dropping and can be moved around the scene. The AR stickers can also be be changed in terms of size by pinch zooming in or out on the object. In general, the feature is similar to how Snapchat allows users to place AR objects on images and video, though a little more capable given ARCore allows for the identification of surfaces.

Stickers are also able to attach to specific surfaces thanks to the power of Google’s mobile augmented reality development platform ARCore, complete with the ability to snap photos and video of the augmented reality objects. Google says that users are able to tell when a surface has been detected because a grid of dots appears. 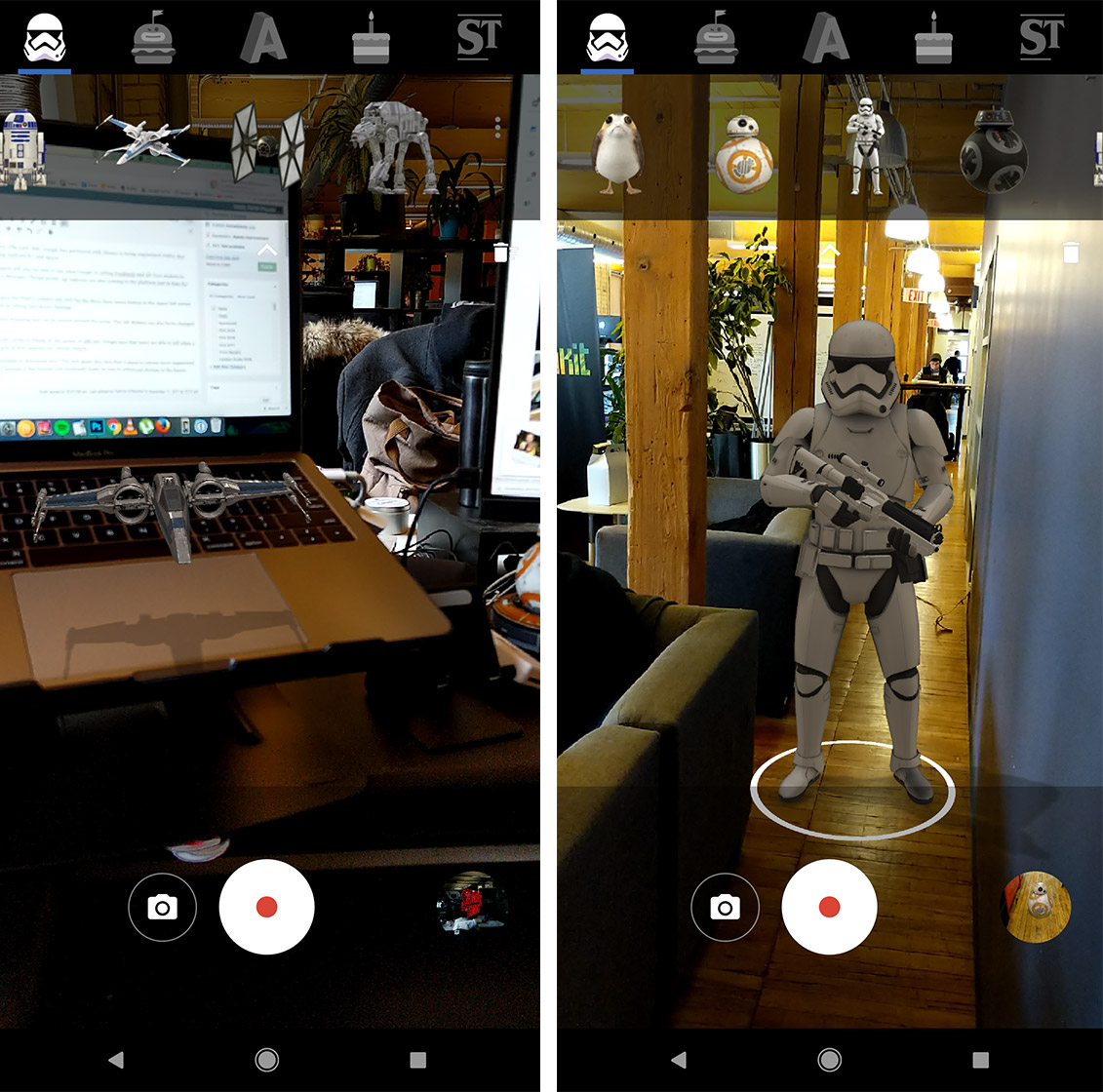 Given the popularity of Apple’s iPhone X-exclusive Animoji, it makes for Google to introduce an exclusive augmented reality feature of its own leading into the busy holiday season.

While I’ve only spent a brief period of time playing around with Google’s new Pixel AR stickers, they seem to work well, especially when it comes to surface detection. Getting an AR BB-8 to roll around the MobileSyrup office’s floor took just a few seconds and the sticker instantly recognized the flat surface.

It’s unclear exactly how Google plans to release the new feature, though we suspect it’s coming via small update. We’ve reached out to Google for clarification and will update this story when we hear back.