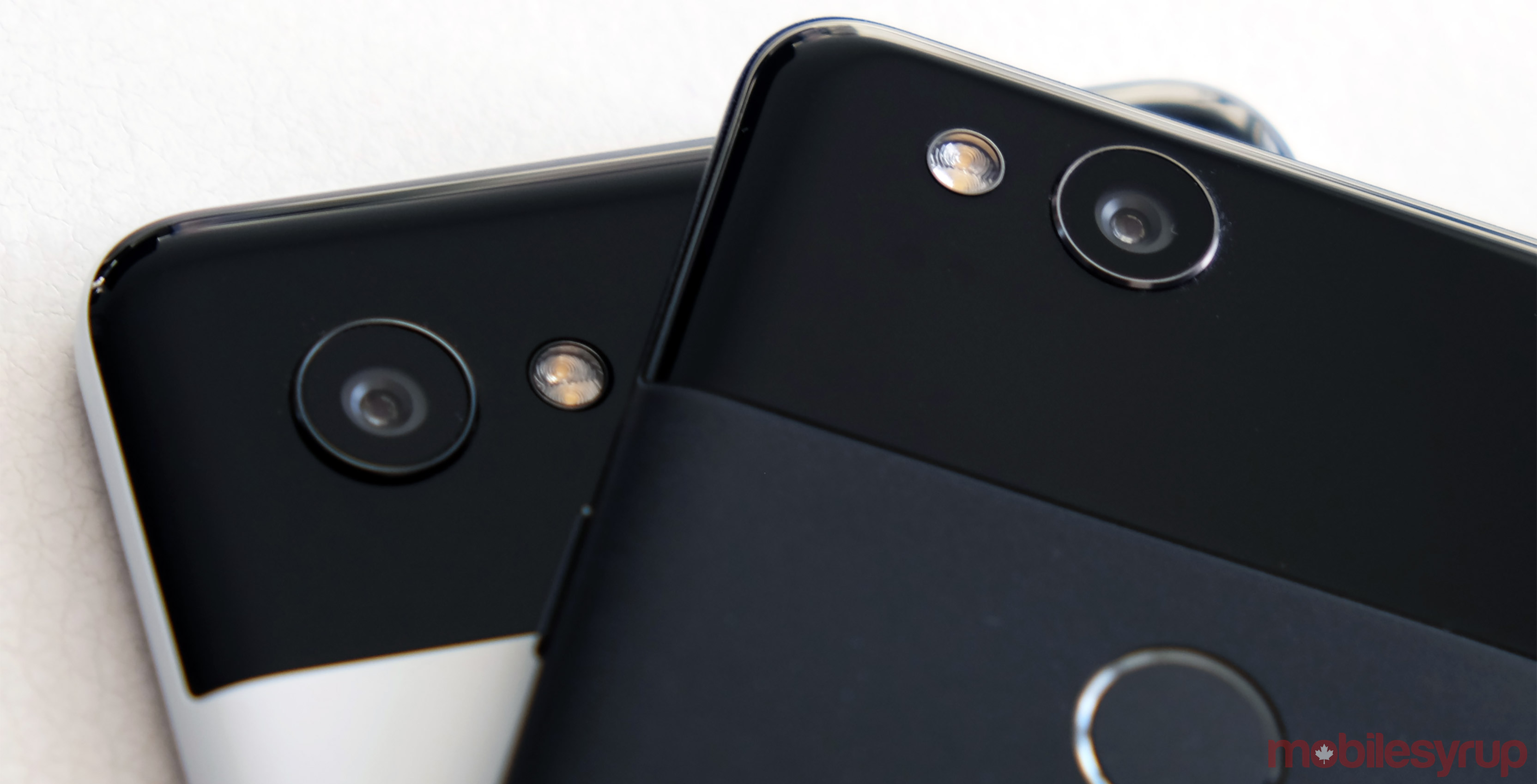 To be an elite smartphone means offering customers one of the best mobile cameras they can buy. Google made such a proclamation when it deemed the camera on last year’s Pixel devices to be “the best camera” on any handset.

The company hasn’t repeated those words, but it no doubt feels it has photography gold in the Pixel 2 and Pixel 2 XL. There was no overhaul here — more like a series of software tweaks and optical image stabilization (OIS).

For the second consecutive year, Google’s phone earned the highest DxO score for camera performance. It’s fine that it’s used as justification, but true acclaim only comes from the end result.

As was the case with their predecessors, both the Pixel 2 and Pixel 2 XL have the same cameras, so there is no differentiator between them. While testing both, I saw nothing to indicate otherwise.

Conspicuous by its absence is a second lens in the rear. Everyone else seems to be doing it, so why not Google? Either by pure confidence or unbridled hubris, Google thinks it can not only emulate with one lens what others have done with two, but also do it better.

Both phones feature the same 12.2-megapixel image sensor with an f/1.8 aperture lens and 1.4 Micron pixels. On paper, these would be unremarkable numbers for a flagship device, given what others have done this year. It’s the intangibles of the software underlining the camera that consistently make their mark in every shot taken. 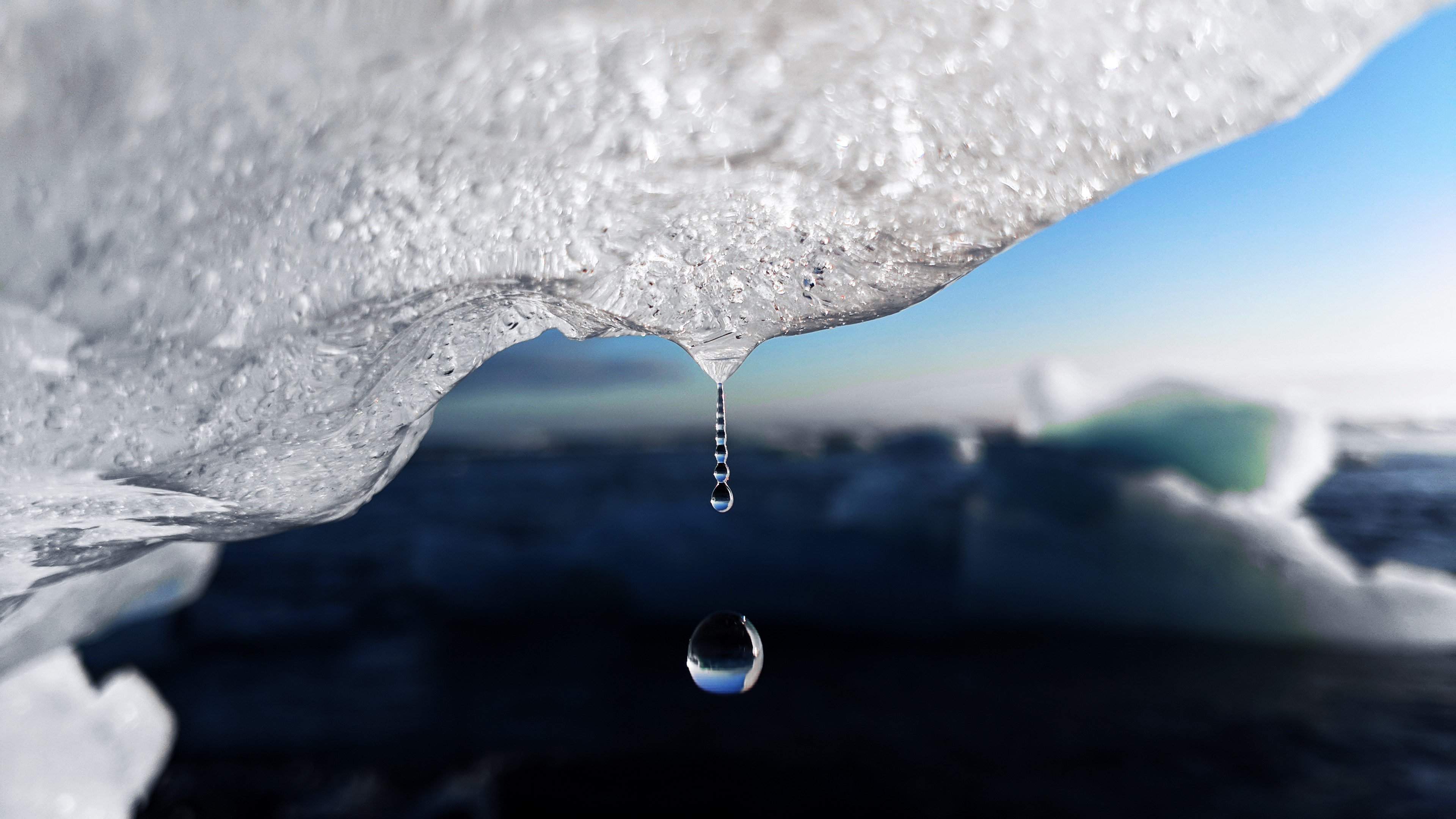 There is a restraint here that I would have otherwise lamented in other cameras. The lack of a manual mode to shoot with greater control over shutter speed, ISO and white balance being the biggest. And yet, the restrained approach feels like addition by subtraction in a way I wouldn’t have expected.

Last year’s Pixel phones were among the best I shot with in Auto on any phone I tried. Except some shots, particularly at night and faster action, really needed additional help. Third-party apps could help, but then Google’s software wasn’t working its magic.

Despite the imposed limits, I never felt especially shackled by this camera.

One of the best benchmarks for any smartphone camera is its ability to shoot in any situation, and not look overly processed. This has been a struggle for every manufacturer to date, but the natural tones and colour balance the Pixel 2 achieves is a cut above.

I had both phones with me on a recent trip to Iceland, where the scenery was more than conducive to any photographer. The resulting images were outstanding, and in several cases, better than what I managed in Auto with other phones, including the iPhone 7 Plus.

An exposure slider was the extent of the manual input for any photo, much like was the case last year. HDR (high dynamic range) plays a big part too, and this time, Google has added an extra mode. When turned on in the settings, HDR+ is the default, which means it works automatically for every shot. HDR+ Enhanced takes a little longer to process an image, ostensibly for better composition. If using a tripod or flat surface to shoot a dynamic scene, going the enhanced route doesn’t hurt.

White balance control is also available, albeit limited to auto, cloudy, sunny, fluorescent and tungsten settings. There’s no way to adjust them further. Like its predecessor, the Pixel 2 has a tendency to skew yellow in auto, regardless of the location or lighting situation. While post-editing apps could easily fix that, it’s something that still happens with some regularity.

Like dual lenses, portrait modes are becoming all the rage in smartphone cameras too. Though other manufacturers tried it beforehand, Apple did more to popularize the feature, and others followed suit.

Where Apple, Samsung and Asus have done it with the help of a second optical zoom lens in the rear, Google opted to use software to do it with one lens, zooming in at 1.5x to add more contrast. I’ve long been skeptical of these types of features because they almost always look forced and patched together. The one in the Pixel 2 was more than a welcome surprise.

Two impressive elements stood out. First, was the sharp focus on the foreground subject, and second, was its performance in lower light. The background bokeh blur was easy to appreciate, though I did catch on to a couple of caveats.

Symmetry can be a factor in how the blur appears. A skyline or vista in the background is fine because it’s an infinite focus. Shoot a subject in front of a wall at an angle and the closer side may not show much of a blur at all, even though it’s several feet away. As there’s no way to adjust the blur afterward, like you could with Live Focus on the Galaxy Note 8, the result is what it is.

The cropping effect also limits how much of a background you can squeeze in, though I found I could get around that a little more by switching to 16:9 aspect ratio.

Google’s software does a really admirable job of separating the foreground from the background in more complex shooting scenarios, but loose hairs and other artifacts can pose a challenge.

Neither of these really detract from what is otherwise a superb feature, and the good news is that the phone saves a non-bokeh version of the image too. The Pixel 2 lacks the studio lighting effects of the iPhone 8/8 Plus and iPhone X, but it’s no less capable of producing excellent portraits under the right circumstances. With the right lighting and some adjustments on exposure, white balance and HDR, it can deliver stirring images.

Not that the mode should be limited to people or pets. I’ve used similar modes on other phones for food and other subjects to dramatic effect.

I’m not one for selfies, but for those who are, Portrait mode extends to the front-facing camera as well. It’s an 8-megapixel sensor, and it lacks the focusing abilities of the rear lens, yet results are still great.

Being tall with a longer reach, I also tried doing it with the rear lens and pressing the volume button, which doubles as a hard shutter. It would’ve been nice if Google allowed the Pixel 2’s squeeze to act as a hard shutter, but I can also understand why that wouldn’t work well. As good as the OIS is, less hand movement is better than more.

The previous Pixel phones were great at shooting steady footage, thanks to digital stabilization. Adding in OIS helps the cause further, lending a helping hand (pardon the pun) to capturing smoother clips. The settings has a “video stabilizer” mode toggled on by default, which helps to smooth things even further.

Beyond that, there are no surprises. You can shoot in 4K at 30fps, but not 60fps. Slow-motion video is either 120fps or 240fps. There is no manual video mode, like the LG V30, nor any other specialized mode for shooting footage.

A Motion Photos feature acts as a virtual clone of Apple’s Live Photos, recording three seconds of video with each still photo. It was neat, but I turned it off most of the time. In a move that makes little sense, Google offers no way to turn a Motion Photo into a GIF, forcing me to do it in another app.

Despite the cautionary, barebones approach to the Pixel 2’s video offering, I could trust it to capture good footage on a vacation or on a whim when something interesting happens. I wish I could shoot in 24fps though.

With results like these, I would have loved to be able to shoot in RAW, but alas, Google doesn’t make that possible. It always seemed to me like there was one thing I wish I could’ve had with the Pixel 2’s camera, and yet, I kept shooting anyway because the results were so consistently good.

There are ways to sideload the Pixel’s camera onto other Android handsets, spreading some of the functionality around. Google has plans for its augmented reality (AR) camera feature called Lens to roll out before the end of the year. So, more is coming, and here’s hoping Google continues to improve the package offered here.

In a field of tough competitors, especially this year, the Pixel 2 is among the best. Anytime a smartphone camera elicits the kind of confidence these two phones do, it’s noteworthy. The odds of a photo turning out well are overwhelmingly positive when firing away with them.