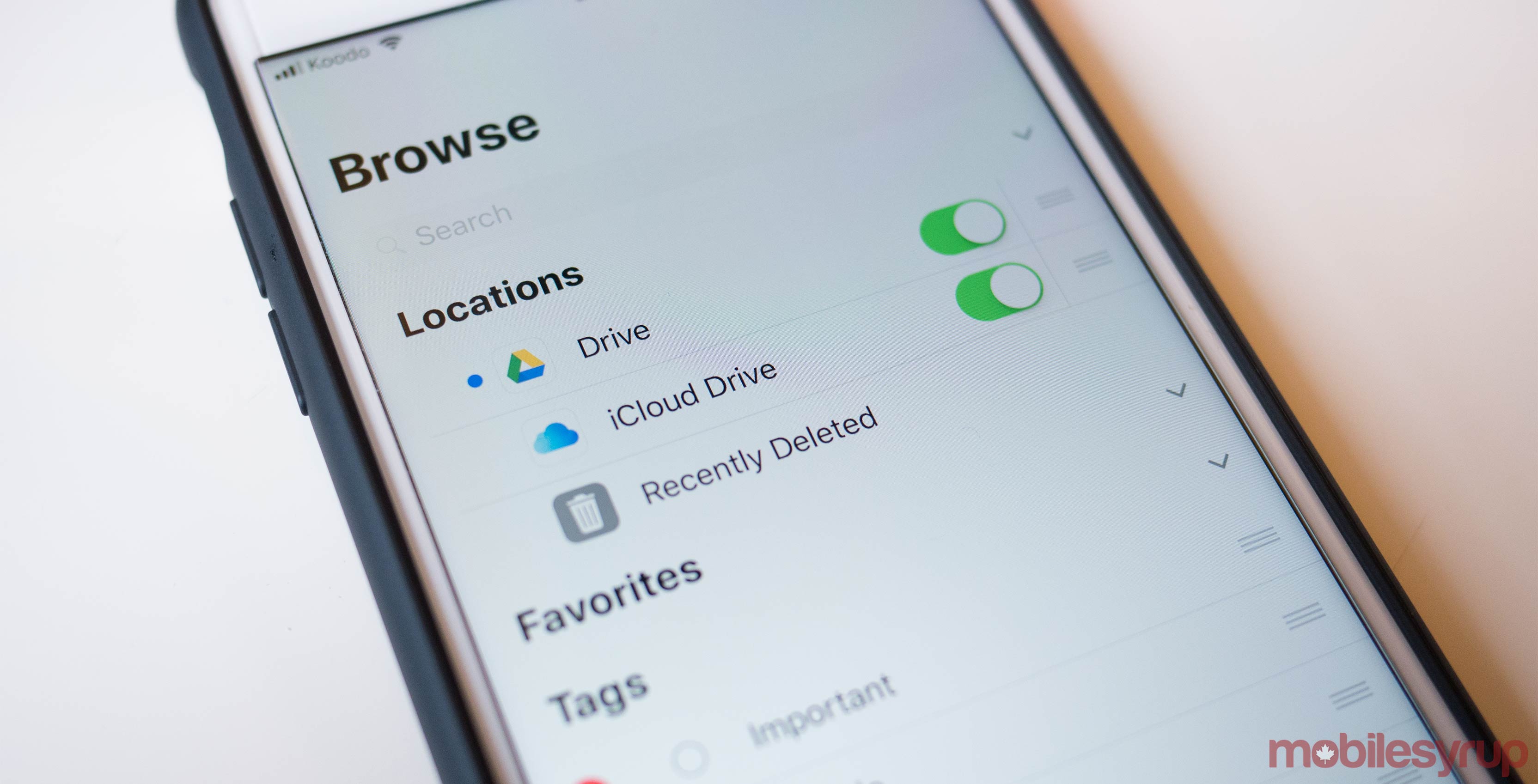 While Apple’s new Files app is arguably one of the best additions to iOS 11, the latest version of Apple’s new mobile operating system, its lack of Google Drive integration made using the app frustrating for many users.

Now, Google has announced that Drive is fully integrated into Apple’s Files app, allowing users to access documents and media from multiple cloud storage providers, including Dropbox and Apple’s own iCloud.

iOS 11 File integration is included in the latest update to Google Drive for iPhone and iPad (version 4.2017.37510). In order to find the feature, look for ‘More Locations’ in the Files app. A new red badge indicates that an additional provider is now available.

“If you have Google Docs, Sheets, or Slides apps installed as well, tapping on any Google document, spreadsheet, or presentation in the Files app will open the app of the associated Google editor. You can also take advantage of new iOS 11 features like dragging and dropping files between apps and folders in the Files App,” writes Google in the app update’s description.

As expected, this functionality also extends to other Google apps like Docs, Sheets and Slides.

Google Drive is available in the iOS App Store.