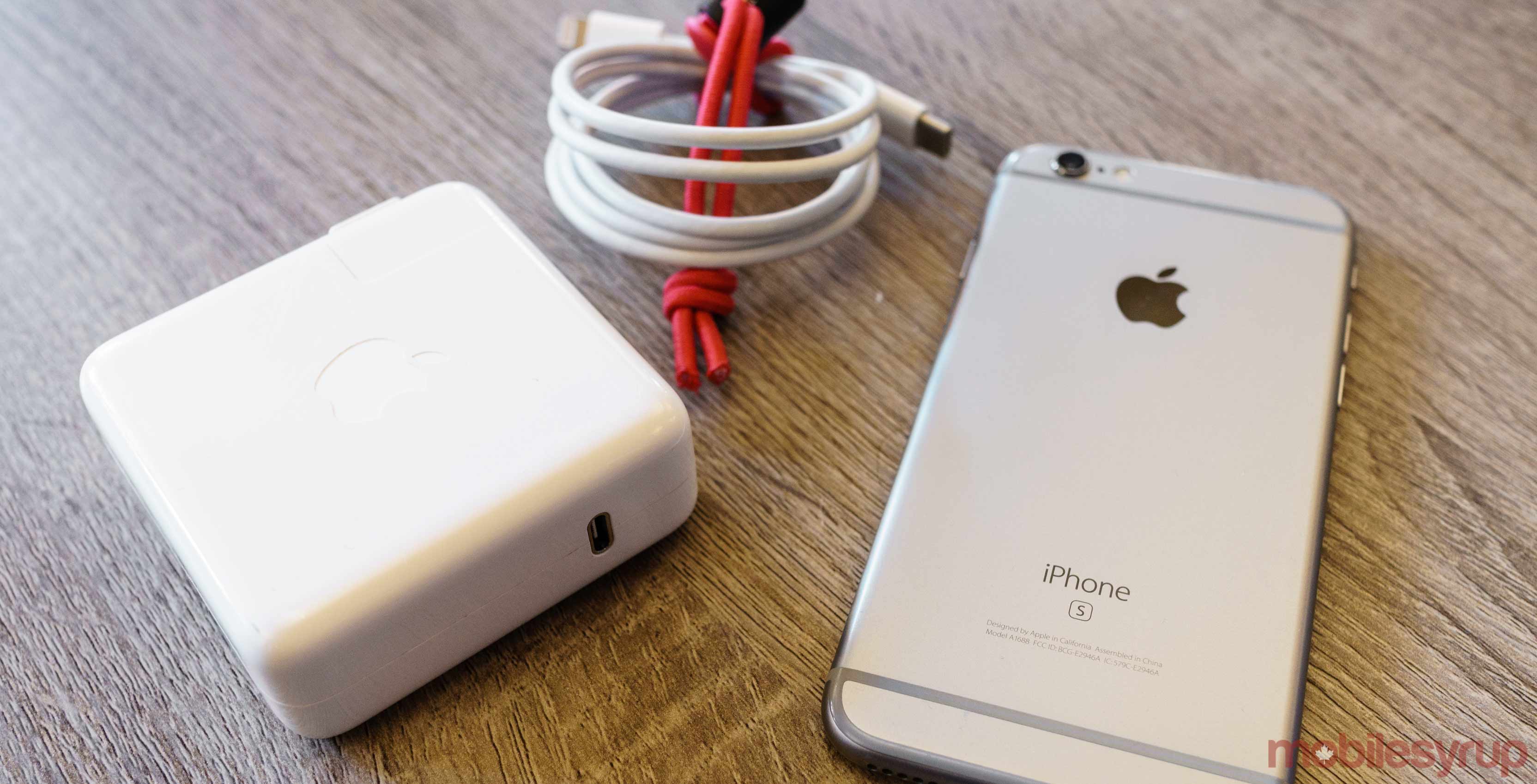 While Apple spent a good portion of its keynote yesterday playing up the fact that its new iPhones support inductive charging, that’s not the only battery trick the iPhone 8 and iPhone X learned.

Working its way through each of the new iPhones’ technical spec sheets, 9to5Mac spotted that all three new iPhones will support fast charging, a first for Apple’s smartphone lineup.

According to Apple, in normal circumstances the iPhone 8, iPhone 8 Plus and iPhone X will be able to go from 0 percent battery to 50 percent in about 30 minutes with the help of fast charging.

With batteries that last about a day in most conditions, that means future iPhone 8 and iPhone X owners will be able to eke out several hours of additional battery life after charging their phones for just a few minutes.

Together, those two components can be quite expensive.

In Canada, Apple sells one metre and two metre USB-C to Lightning cables. They’re priced at $35 and $49, respectively.

Meanwhile, the company’s most affordable USB-C wall charger, the 29W variant that comes with the MacBook, costs $59. Recent Mac owners will be able to use the charger that came with their laptop.

For those with the extra money to spend on getting their iPhone setup to take advantage of fast charging, it’s a great addition to the iPhone’s feature list. It’s just a shame Apple doesn’t provide all the necessary components, especially since so many Android manufacturers do just that.