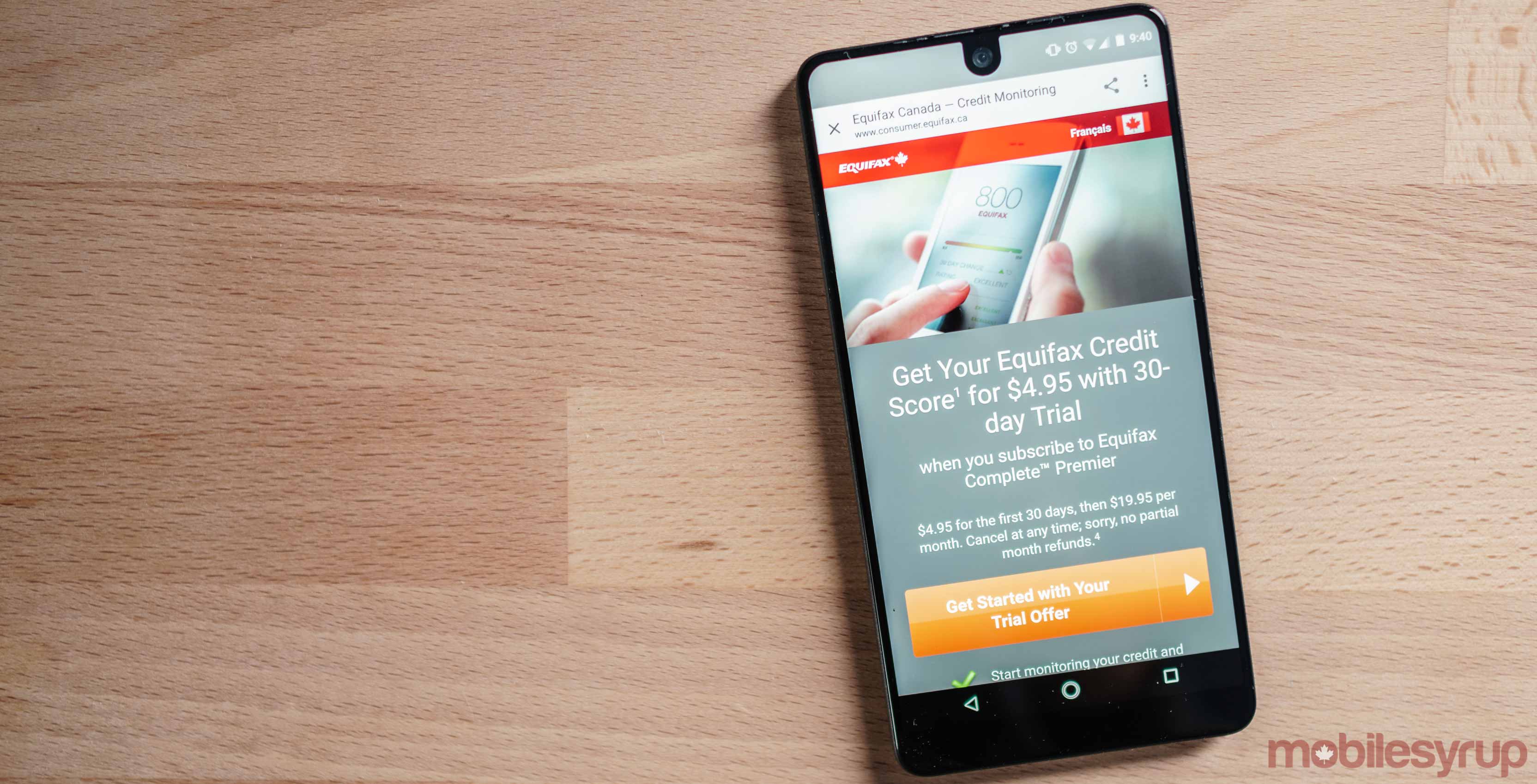 Canadian Equifax customers were among those affected by a cybersecurity breach that occurred between mid-May 2017 and July 2017.

The American consumer credit reporting agency issued a statement on September 7th, 2017 explaining that it had “identified unauthorized access to limited personal information for certain U.K. and Canadian residents.” The company didn’t provide specific details, and MobileSyrup has reached out to Equifax for more information.

On September 7th, 2017, Equifax reporterd that roughly 143 million customers had been affected by a “cybersecurity incident.”

According to Equifax, hackers were able to access the names, Social Security numbers, birth dates and addresses of its customers.

The company said that it became aware of the cyberattack on July 29th, 2017.

“I apologize to consumers and our business customers for the concern and frustration this causes,” said Richard Smith, Equifax’s chairman and CEO.

The company will be working with regulators from Canada and the U.K. “to determine appropriate next steps.”

The company has launched a dedicated website where its customers can check to see if and how they’ve been affected by the breach.

The company will also send direct mail notices to specific customers whose credit card numbers and dispute documents were accessed.

According to Bloomberg, three senior Equifax executives sold almost $1.8 million USD worth of shares “in the days” after the company discovered the breach.

Equifax spokesperson Ines Gutzmer told Bloomberg in an email statement that the three “had no knowledge that an intrusion had occurred at the time.”