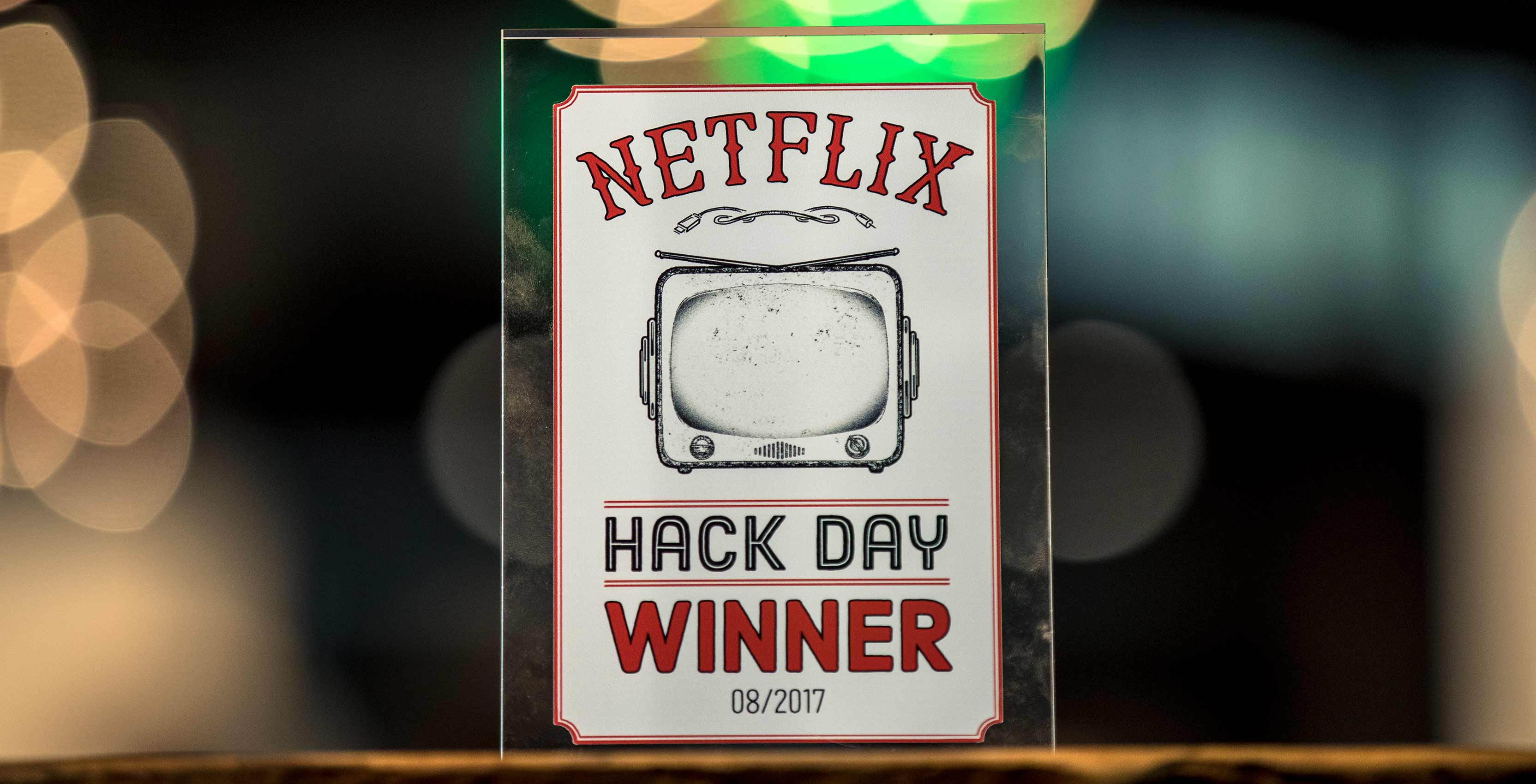 Each year at Netflix, the company hosts a ‘Hack Day’ — a chance for developers to have fun dreaming up new features and additions for one of the world’s most popular streaming platforms.

This year, Netflix’s Hack Day featured a number of compelling projects, ranging from zany to must-have.

Among them: an Audio Book Mode that uses audio descriptions — an accessibility tool already available on the platform — to provide viewers with spoken scene narration alongside the sound effects and dialogue. In the hackers’ video, the audio book version of the content continues to play even when the user exits the app.

There’s also a binge watching tracker that provides users with an interface that lists all the shows the user is in the middle of watching, and how many hours (or days) it will take them to finish.

Spookyflix, meanwhile, animates show thumbnails so that actors’ eyes follow you as you scroll sideways, along with a slight tilt of the head — a feature that’s reminiscent of the living portraits in the world of Harry Potter.

Also notable: a hack that lets users search Netflix using an old-fashioned telegraph and Morse Code. While perhaps not entirely useful, it’s a perfect device for those extremely tech-savvy steampunks out there.

Of course, it’s important to remember that all of these hacks are mainly ideas — there’s no guarantee whatsoever that they’ll eventually become a part of the official platform. Still, seeing these developers (both internal and external) have fun altering a major platform is a neat reminder that code is just code, and anything can be changed.