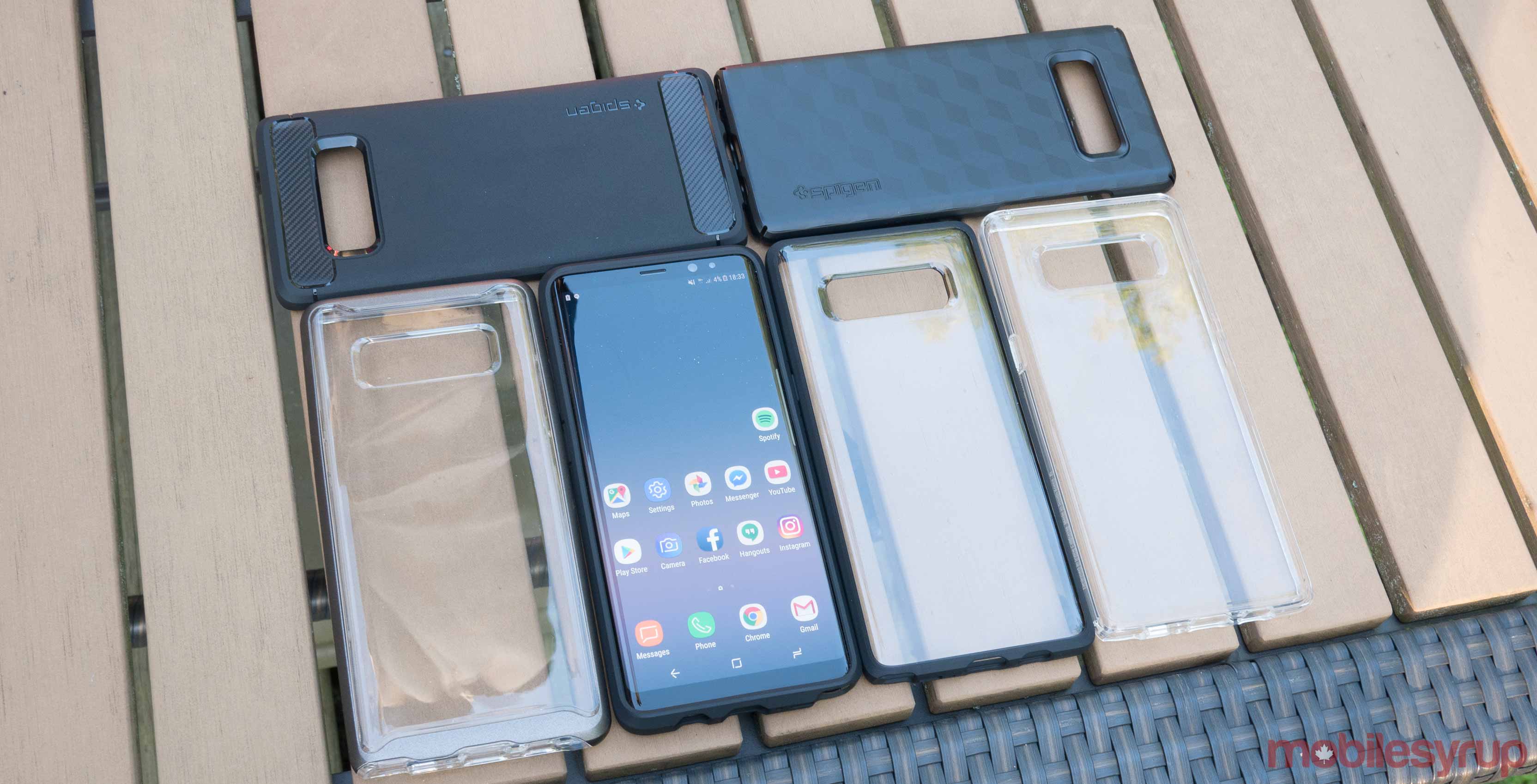 As we often do when a new flagship smartphone is released, we’re taking a look at the latest cases available for the Samsung Galaxy Note 8 from smartphone case manufacturer Spigen.

Just like Spigen’s LG G6 series of cases, the manufacturer offers a wide variety of smartphone enclosures designed with different needs in mind, ranging from users that want a significant amount of protection for their device, to those that just want an additional layer of plastic to prevent the Note 8’s all-glass body from scratching. 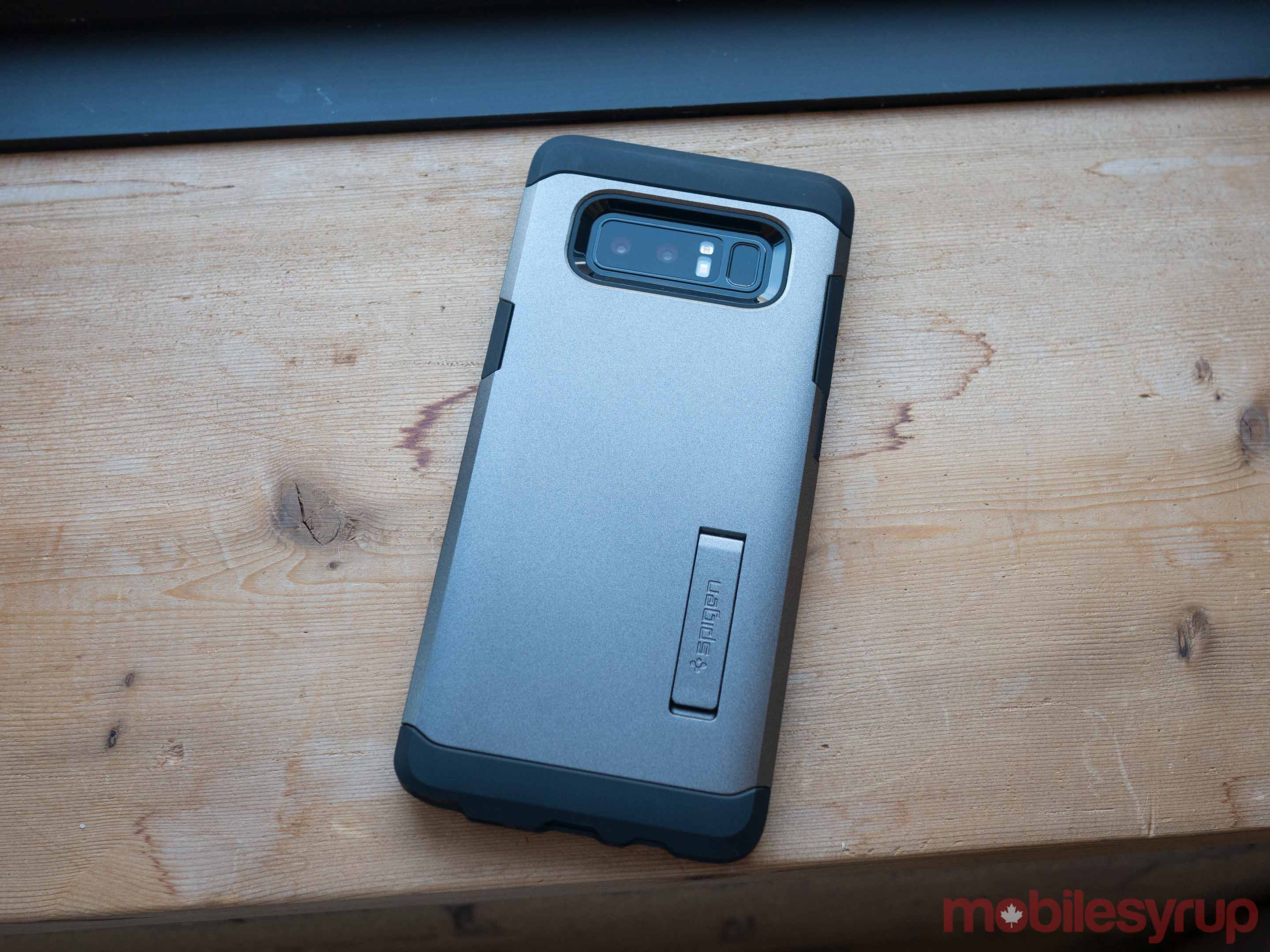 Despite this, and similar to the G6’s version of the case, the Note 8’s Tough Armor case is surprisingly light and slides into my pocket easily. That said, compared to Spigen’s other case offerings, the Tough Armor case is still rather large — this smartphone enclosure isn’t for those looking for a thin case.

Finally, it’s worth noting that the Tough Armor case also features a solid kickstand that snaps out from the case’s rear, allowing for hands-free viewing. 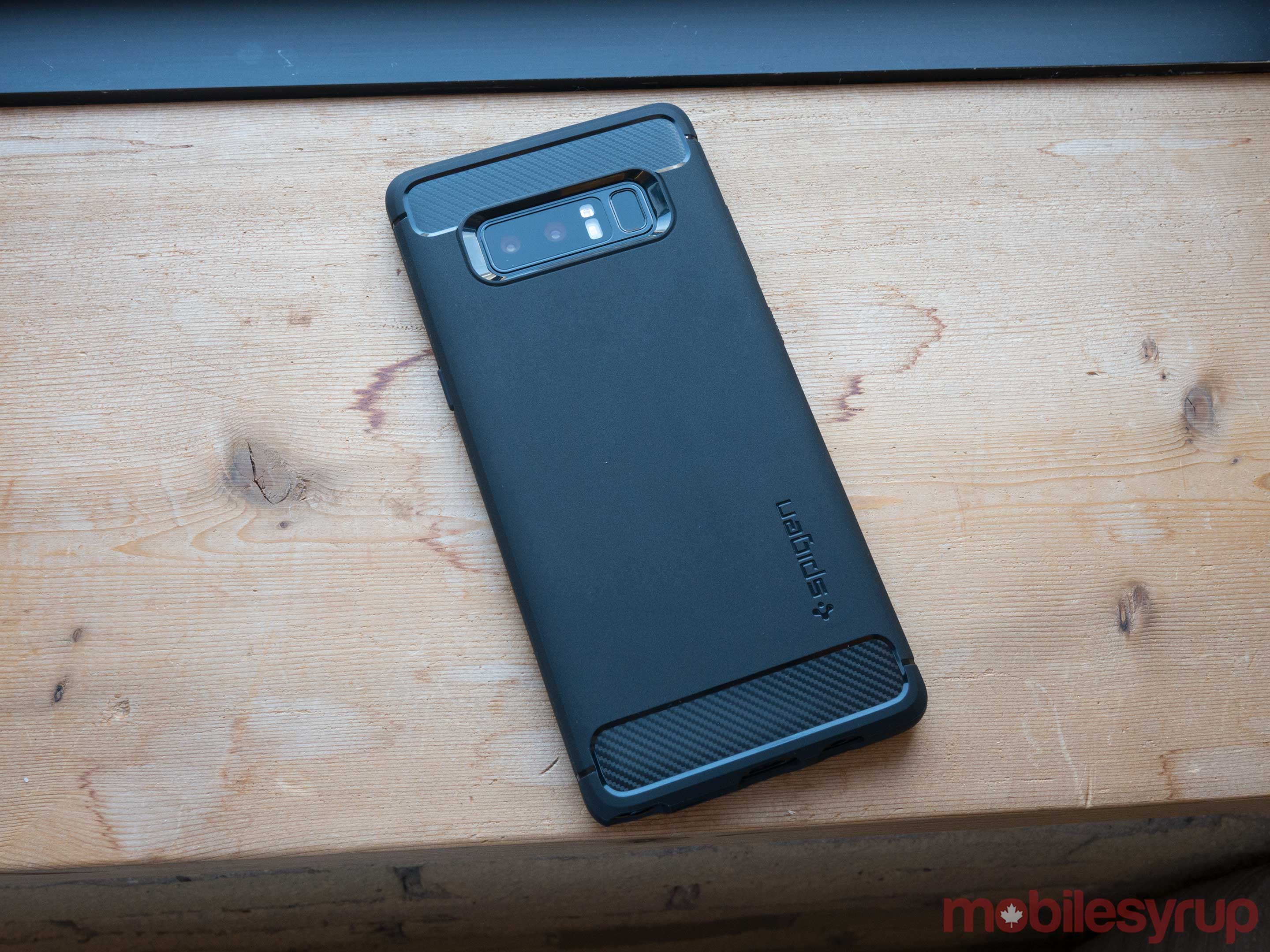 Similar to the Tough Armor case, Spigen’s Rugged Armor case offers substantial protection for the Note 8. The case features raised edges around the screen and camera for extra protection when it’s facing down, as well as what the case manufacturer calls Air Cushion technology in each of its four corners.

While this feature makes the case a little more bulky than I’d prefer, it helps the Note 8 weather substantial drops to its corners. The case is also compatible with Spigen’s NeoFlex screen protector 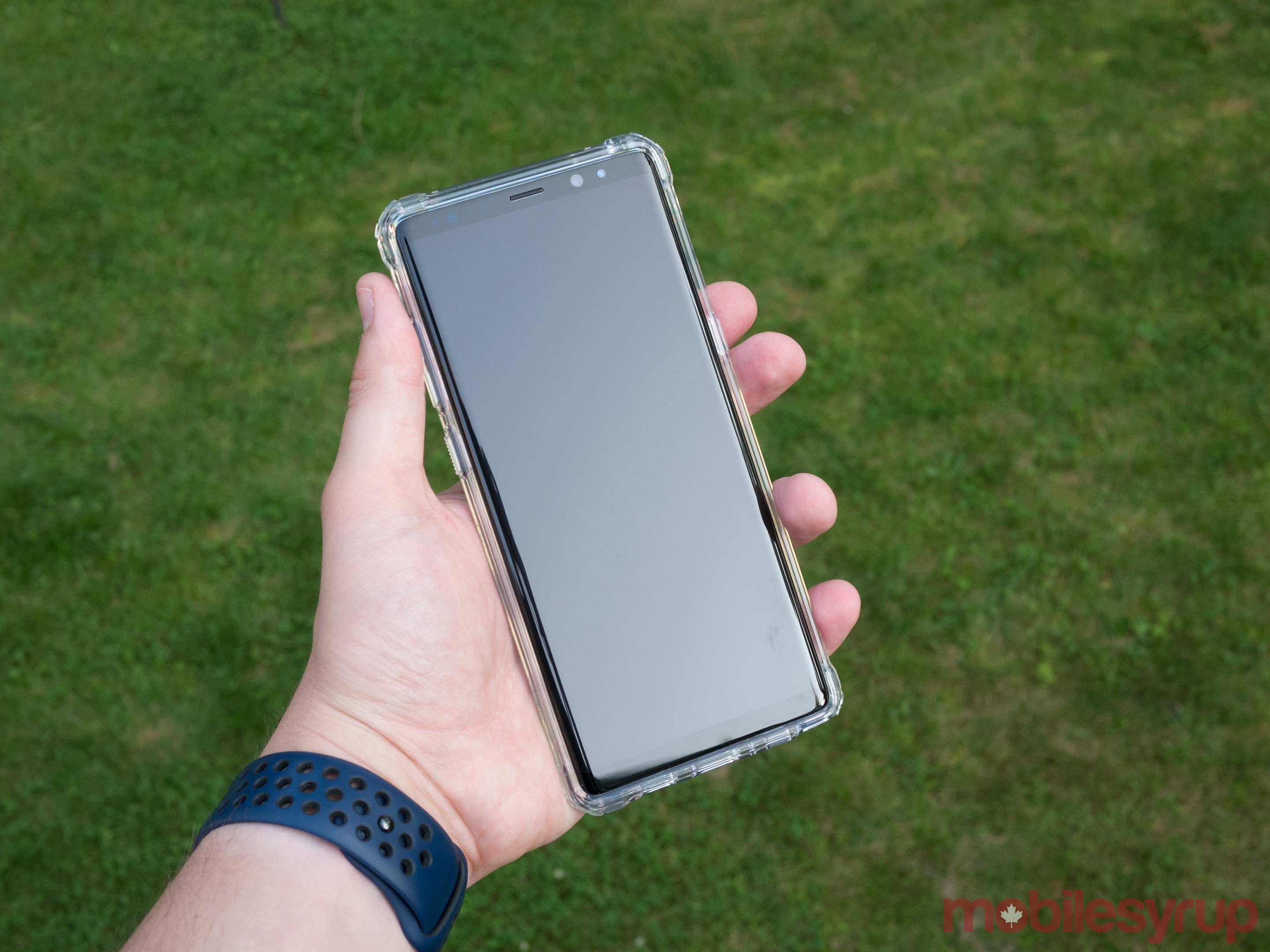 Spigen’s Rugged Crystal enclosure is a new case sold by the case manufacturer that’s a clear counterpart to its popular Rugged Armor case.

All of my above comments about the Rugged Armor case apply to the Rugged Crystal case, though it also is see-through, giving users a clear look at the Note 8’s sleek exterior.

It’s worth noting, however, that the Rugged Crystal case is also susceptible to scratches, which  could be frustrating for some people (the same can be said about all of Spigen’s transparent cases). 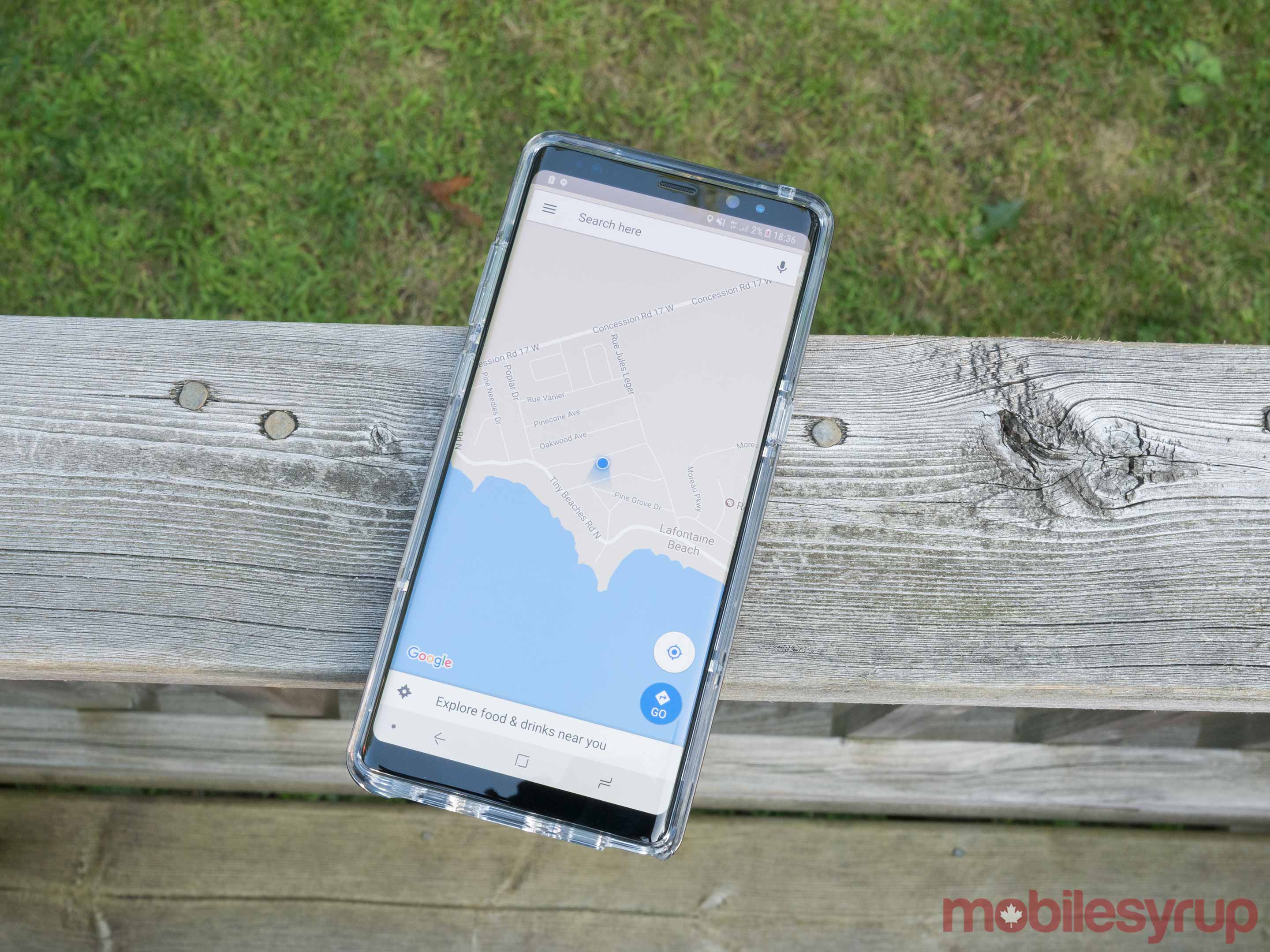 Spigen claims that the Neo Hybrid is one of its best- selling cases and it’s easy to see why. Unlike the Tough Armor and Rugged Armor case, the Neo Hybrid offers a better balance of protection and size.

It features a two-part case that has a shock-absorbent layer with a rigid bumper frame, giving it a solid mix between a rubberized TPU case and less protective plastic offerings. It’s also worth noting that just like the Rugged Armor case, Spigen says that the Neo Hybrid is compatible with its NeoFlex screen protector. 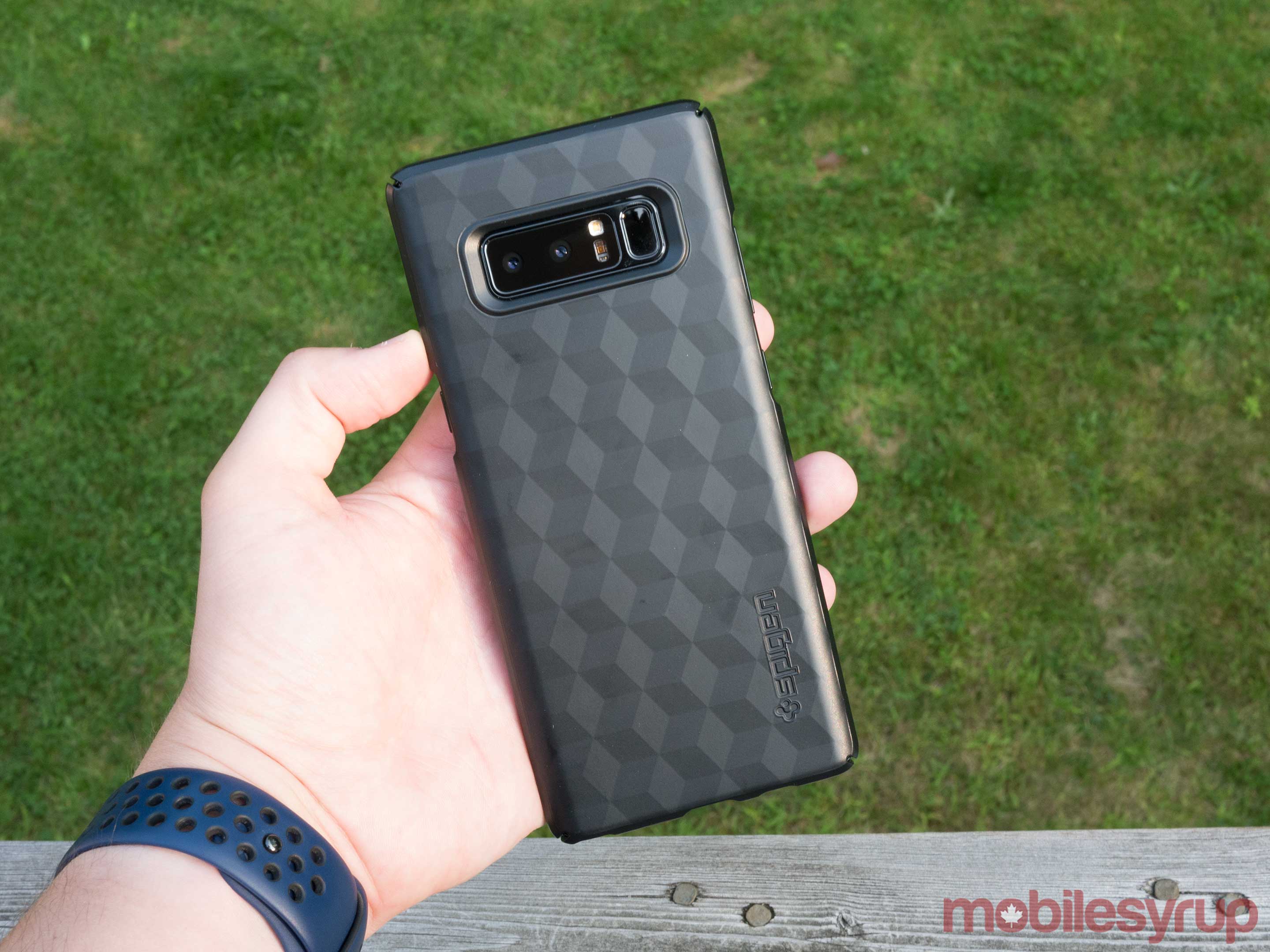 If you’ve read my Spigen case stories in the past, you’ll know I’m a huge fan of the company’s Thin Fit offerings. The Thin Fit case is lightweight, form-fitting and adds the least amount of bulk I’ve seen when compared to other Note 8 case manufacturer’s cases.

The case also adds a layer of much-needed grip to the Note 8, which makes it more difficult for the phone to slide out of my hand (this is one of my main criticism of the Note 8’s sleek, but still slippery body).

That said, if preserving the integrity of the phone’s design isn’t something you’re overly concerned about, then Spigen’s more heavy-duty cases are likely a better option — they protect the device significantly better than the Thin Fit case. 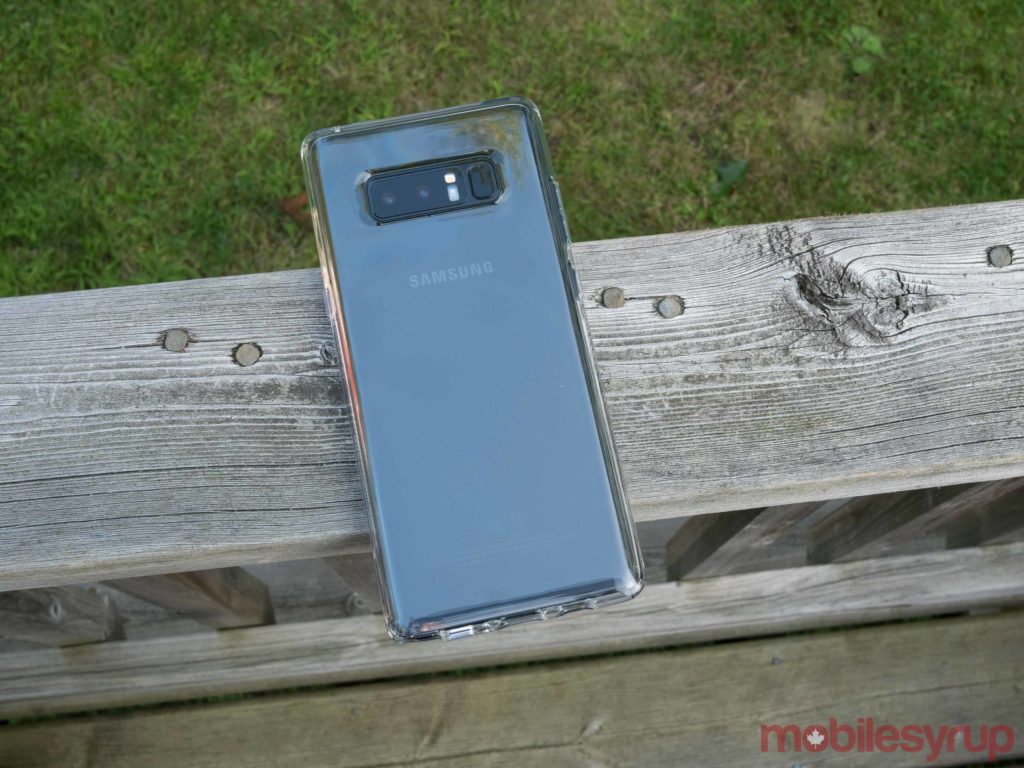 Finally, we have Spigen’s Transparent Ultra Hybrid case (the manufacturer also offers a version of this case that isn’t see-through). The Ultra Hybrid features a TPU bumper and a durable polycarbonate back, as well as the company’s air cushion technology in its four corners.

The Ultra Hybrid also has a clear back, ensuring that users are still able to view the Note 8’s sleek aesthetic.

The case is also compatible with Spigen’s NeoFlex screen protector.

Check out all of Spigen’s Galaxy Note 8 cases here.