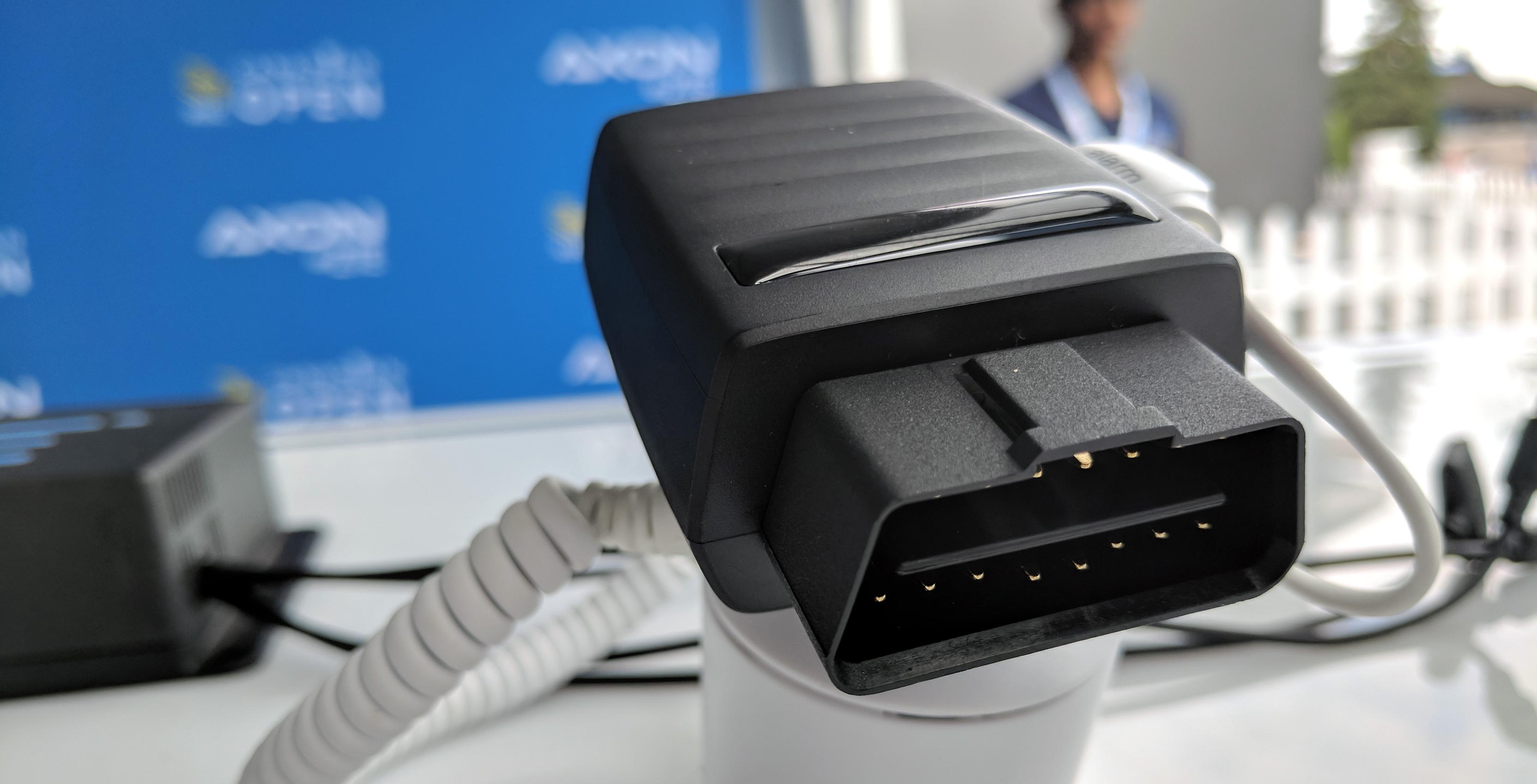 With Rogers now being the first carrier in Canada to embrace vehicles with its first in-car data device, others will surely follow, but what will drivers actually get?

Some Share Everything plan subscribers may be rejoicing at the latest announcement because it treats a vehicle the same way it does another smartphone or tablet. A monthly data bucket can be shared with the car using Rogers’ Smart Drive.

The Smart Drive is a module that plugs into a car’s OBD-II port — something every vehicle has since 1996 — and primarily functions as a Wi-Fi hotspot. It also has some tracking and geo-fencing capabilities that we’ll outline a little later.

The device is manufactured by ZTE, while the software backend is managed by Mojio, a Vancouver-based cloud developer that has previously rolled out a similar solution with T-Mobile in both the United States and Czech Republic.

Hence, there is no exclusivity to this. All Rogers has done is basically white-label Mojio’s service.

What Smart Drive can do 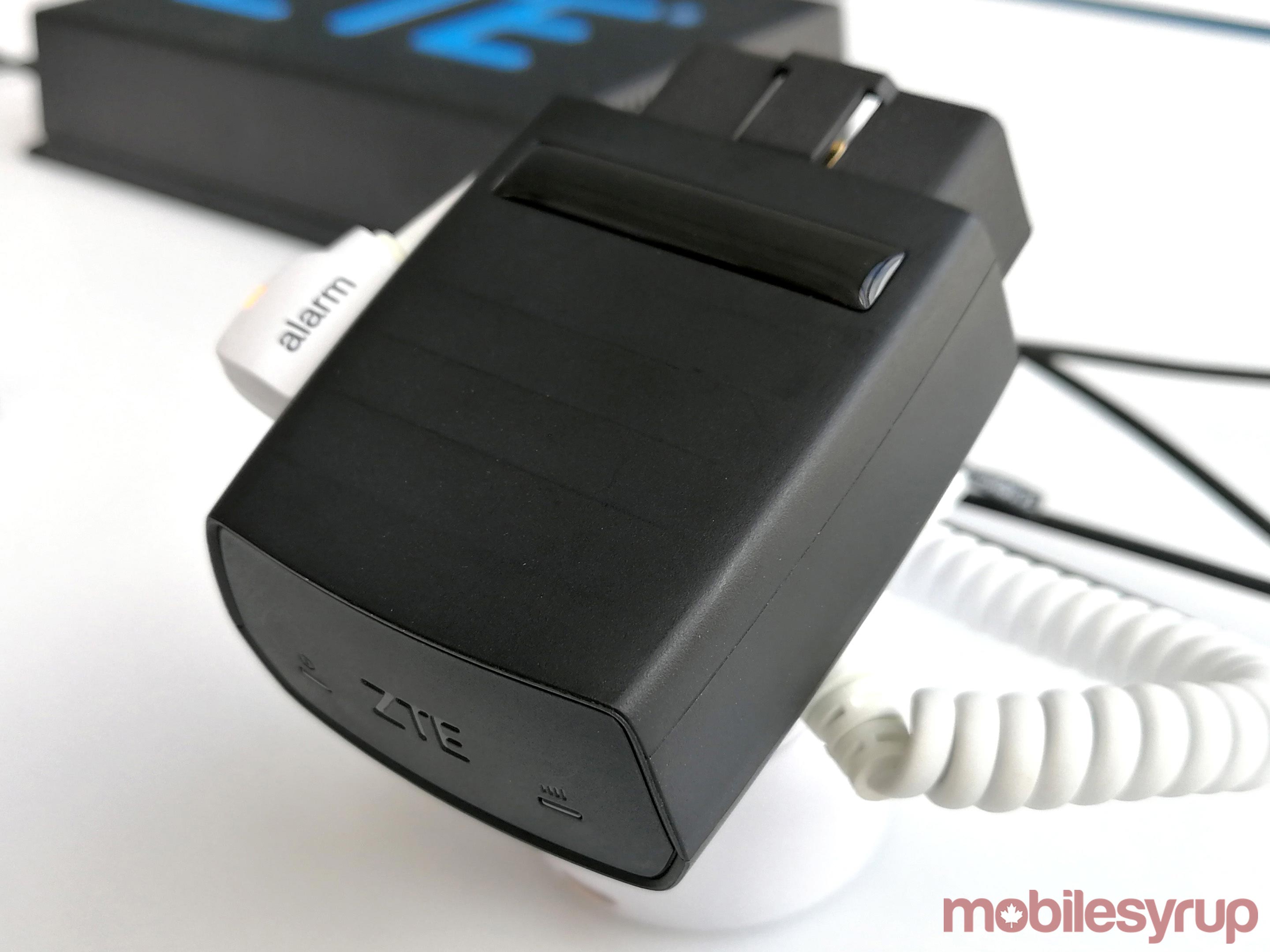 Those are the basics of what the Smart Drive is. It’s supposed to be seamless because it’s always working in the background with its own LTE SIM and Wi-Fi chip inside, yet is never tied to only one vehicle. That means one device could not only be shared with one Share Everything account, but also different vehicles between those users.

A Smart Drive app developed by Mojio is already available for iOS and Android, serving as the repository for all the data the device monitors. For example, the SIM and Wi-Fi inside make the device — and by extension, the car — trackable. It can pin where the car is parked, but even on the move, it can be tracked.

Helicopter parents will love the restrictive geo-fencing and alert system they can set up. For example, if a teen strays too far out of a set radius and goes beyond a certain speed setting, the Smart Drive administrator gets a notification. Each trip will come with statistics, like the average and max speed, including specifics like harsh braking or rapid accelerations. 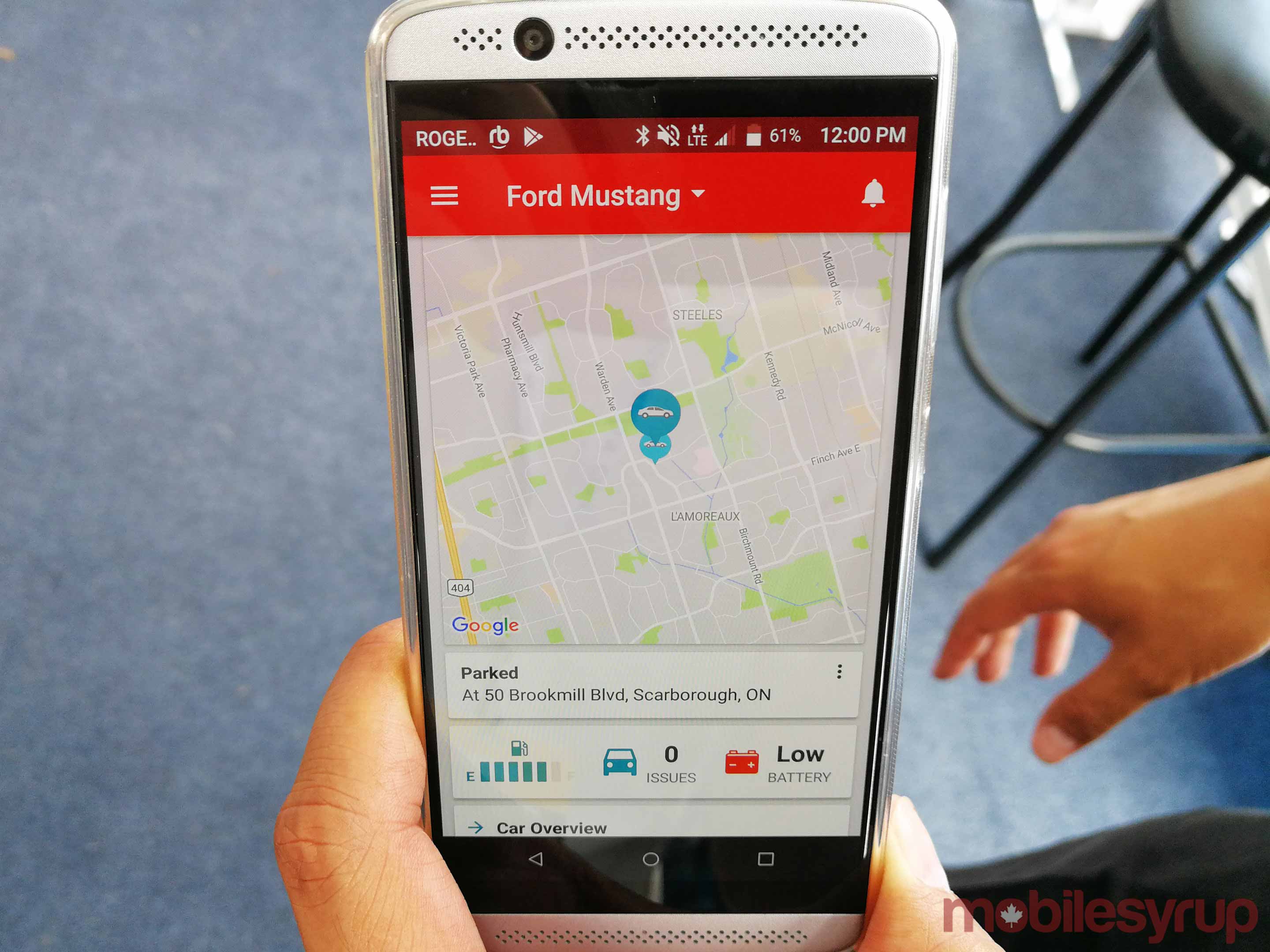 There is an anti-theft element to this too. The device naturally can’t stop a thief from breaking into the car, but if the car is moving and you’re not in it, the app sends a notification instantly. When the vehicle’s ignition is turned off and the device is in sleep mode, it still sends regular pings to Mojio’s platform via the cellular network.

Then there are the car diagnostics. Because it’s plugged into the OBD-II port, the Smart Drive can read codes, so if the engine light comes on, the app will explain why. 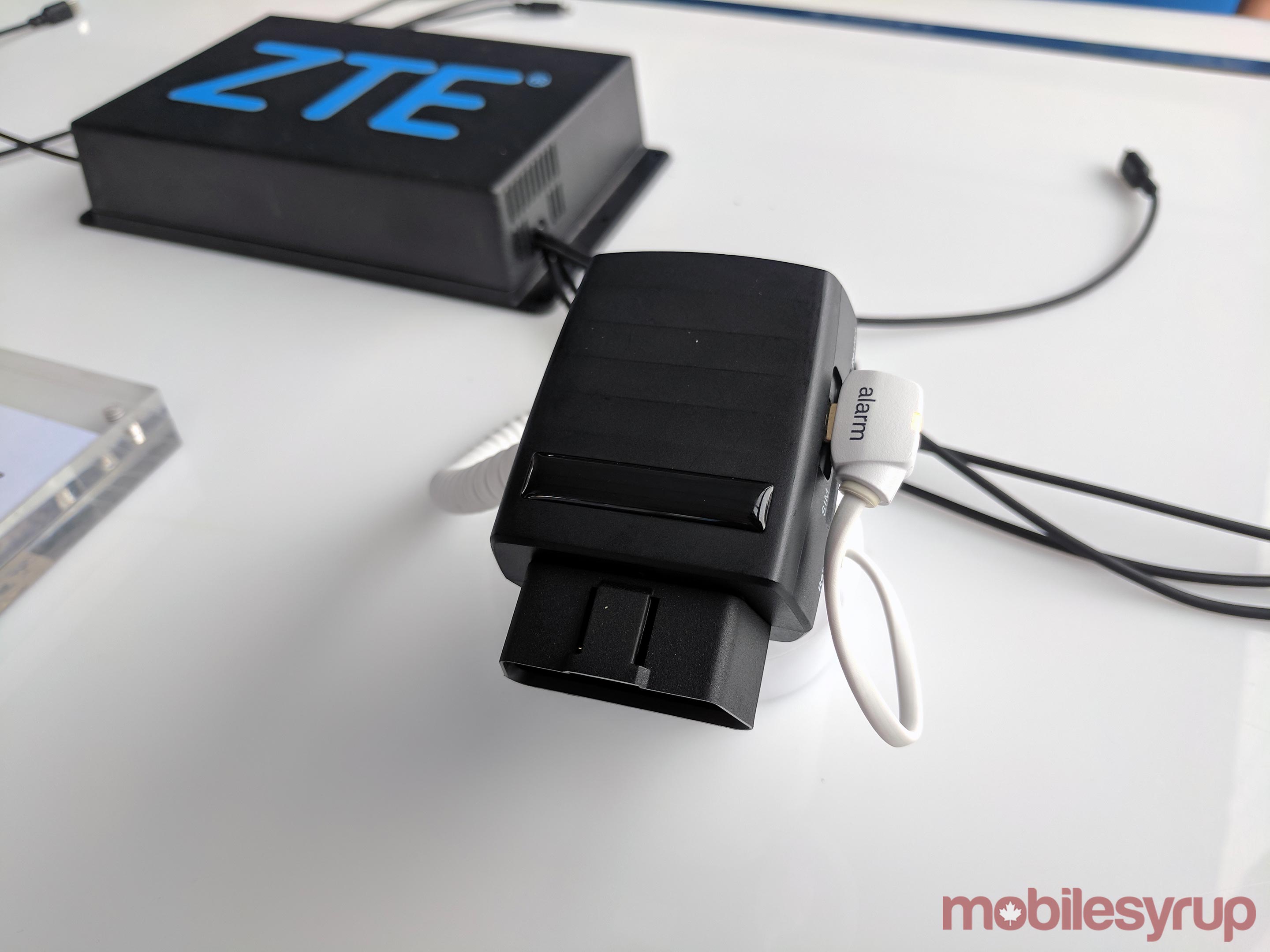 To start, Rogers will offer an extra 1GB bonus per month for the whole Share Everything plan upon activating a Smart Drive. Adding data beyond that all falls on the plan as a whole. No word on whether there will be other upcoming data incentives or giveaways.

Roam Like Home also applies here. Using the Smart Drive like any other device while roaming in a foreign land is pretty much the same, except for an important caveat. To ensure no data is being transmitted at all, drivers would have to physically unplug the device before starting the car. Otherwise, it would still transmit data to the phone despite Wi-Fi being turned off.

Unfortunately, there’s no way to remove the Rogers SIM and swap it for another, even if you own the device outright. It’s apparently locked to the network.

Rogers is mum on further expansion, including to its sub-brand, Fido. Chances are, it will be added to Fido Pulse plans at some point in the future (under some other name), but Rogers is clearly looking to test Smart Drive’s viability under the Share Everything umbrella first.

It’s being sold for $99 on a two-year contract or $199.99 outright. Since it only applies to Share Everything plans, Rogers subscribers on non-share grandfathered or retention plans won’t be able to use Smart Drive.

Well, they could, but only if the device is under an account holder with a Share Everything plan. 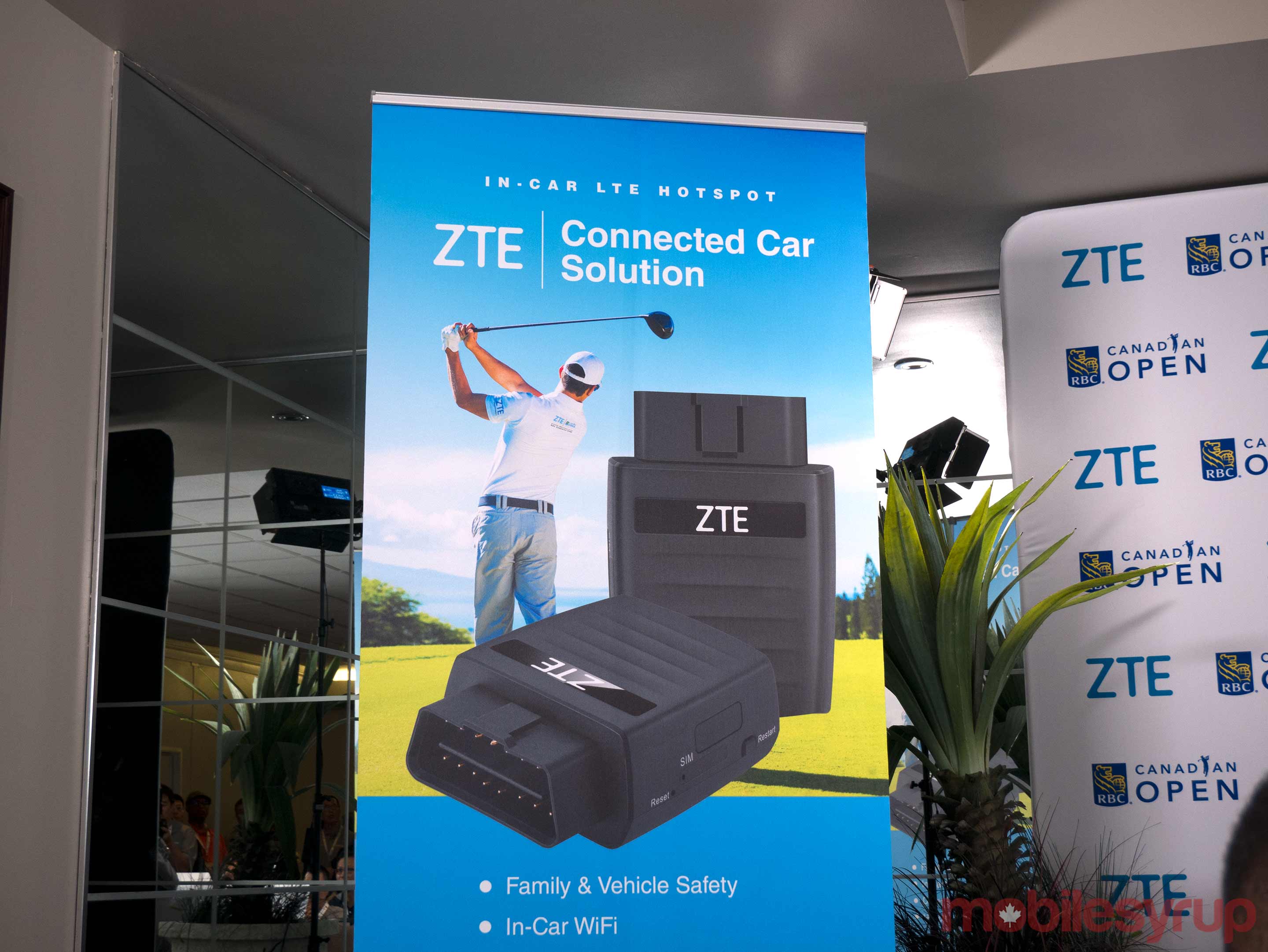 What Mojio and Rogers have done with the Smart Drive isn’t entirely novel, though both are spinning the overarching feature combination as being unique to the Canadian market. Car diagnostics are easy to access with any OBD-II module and a variety of apps, including the BlueDriver and Carista, to name two. Both of those do not require a subscription beyond the upfront cost.

Some aftermarket car audio installers also carry DroneMobile, a subscription-based device and service that combines remote starting, security and location into one package, only without a Wi-Fi hotspot.

Most OBD-II modules available are also Bluetooth-only, negating any of the Wi-Fi-based features that the Smart Drive has. The key here is the Wi-Fi functionality to justify the subscription model. Without that, Rogers wouldn’t have even bothered.

Newer vehicles, especially in the last two years, have integrated some of what Smart Drive does into the dash and head unit. Car diagnostics, location and even driver habit can be included. Teen Driver from GM is one example of the latter. 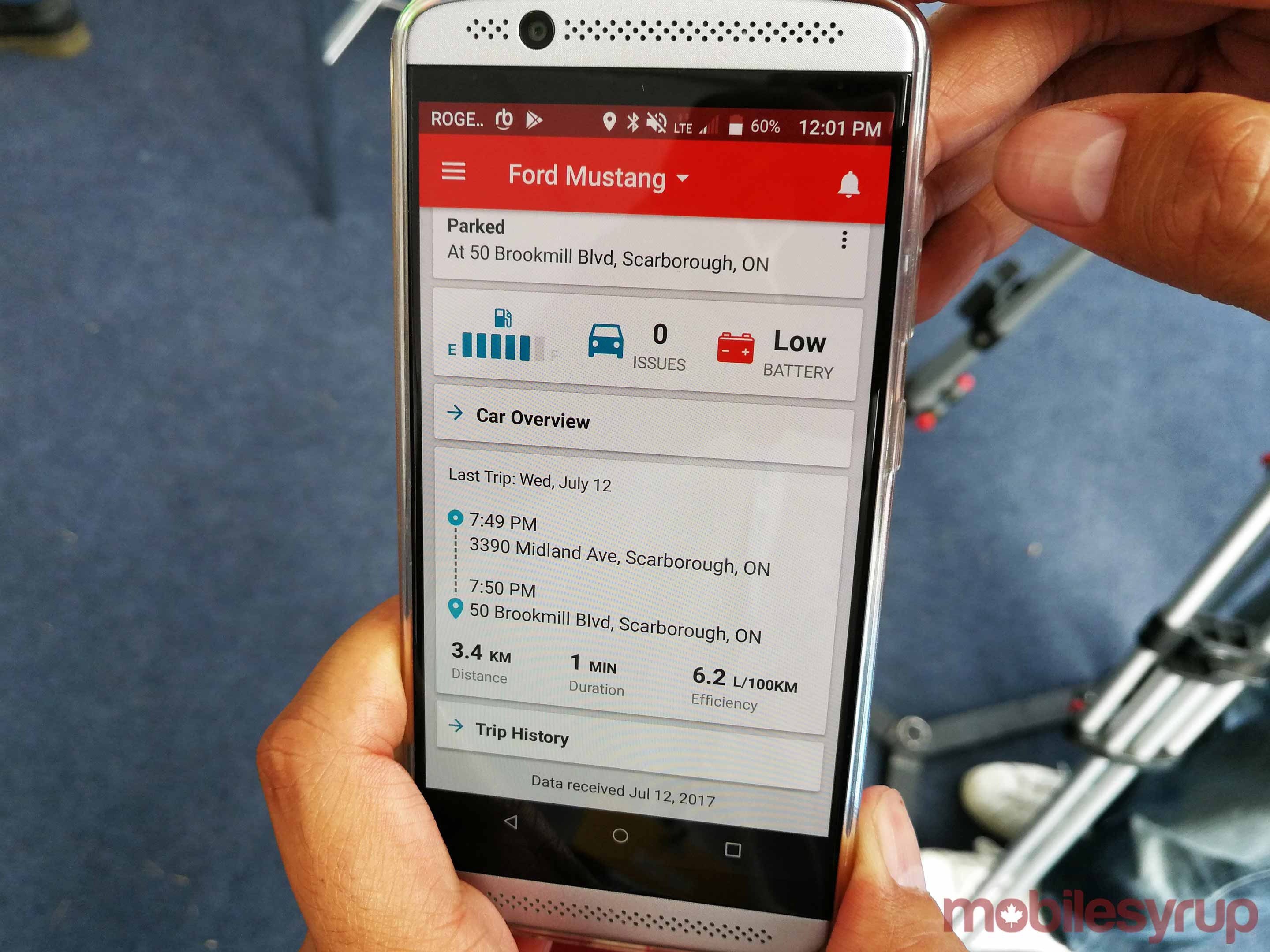 The 1GB of bonus data is a pittance for families relying on keeping kids quiet in the backseat. Data is the key incentive, but basic access for minor browsing and social media is the only realistic use case unless you get a bigger bucket for the Share Everything plan.

Unfortunately, data rollover isn’t an option, specific to the Smart Drive at least. Automakers who offer data are basically using the same network from AT&T, which negates roaming, and mostly favours a prepaid model where you buy data and then use it until it runs out over the course of 12 months.

Other carriers are likely to get into vehicles too, considering how many are out there that aren’t connected in any way.