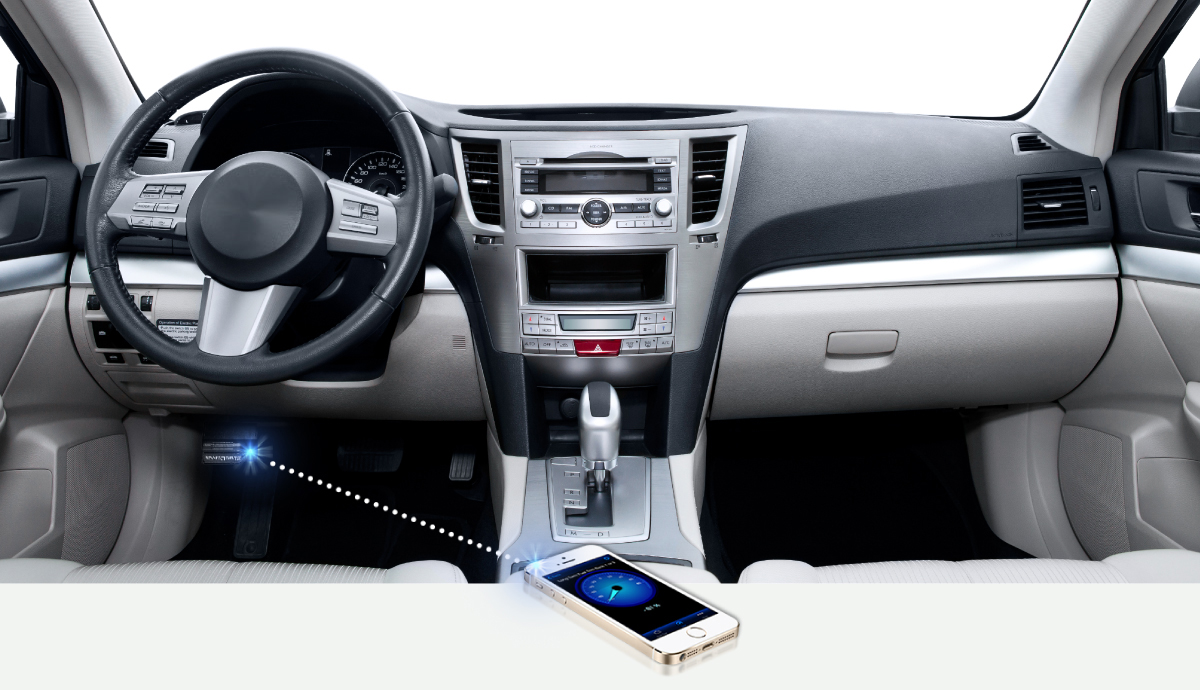 The increasing complexity of today’s modern vehicles is such that there are all kinds of sensors and modules feeding information to an onboard computer. When that Check Engine light comes on, it’s hard to understand why without being able to tap into it and read the code. This is exactly the scenario Lemur is trying to simplify with its BlueDriver scanner that syncs over diagnostics to a compatible smartphone.

Unless you’re a mechanic or know your way around under the hood, deciphering any strange light appearing on the dash usually requires a visit to a dealership or garage. Since 1996, vehicles in North America have been required to have an Onboard Diagnostic (OBD-II) port to help mechanics and technicians do emissions tests and read codes.

The Lemur BlueDriver is actually a Canadian product made by Newfoundland-based Root Four Imagination Inc., and its purpose is to help owners not only read codes, but also dig deeper and understand the state of their vehicle. You might even be able to discern whether or not you’re likely to pass an emissions test, or see how well your car actually runs. 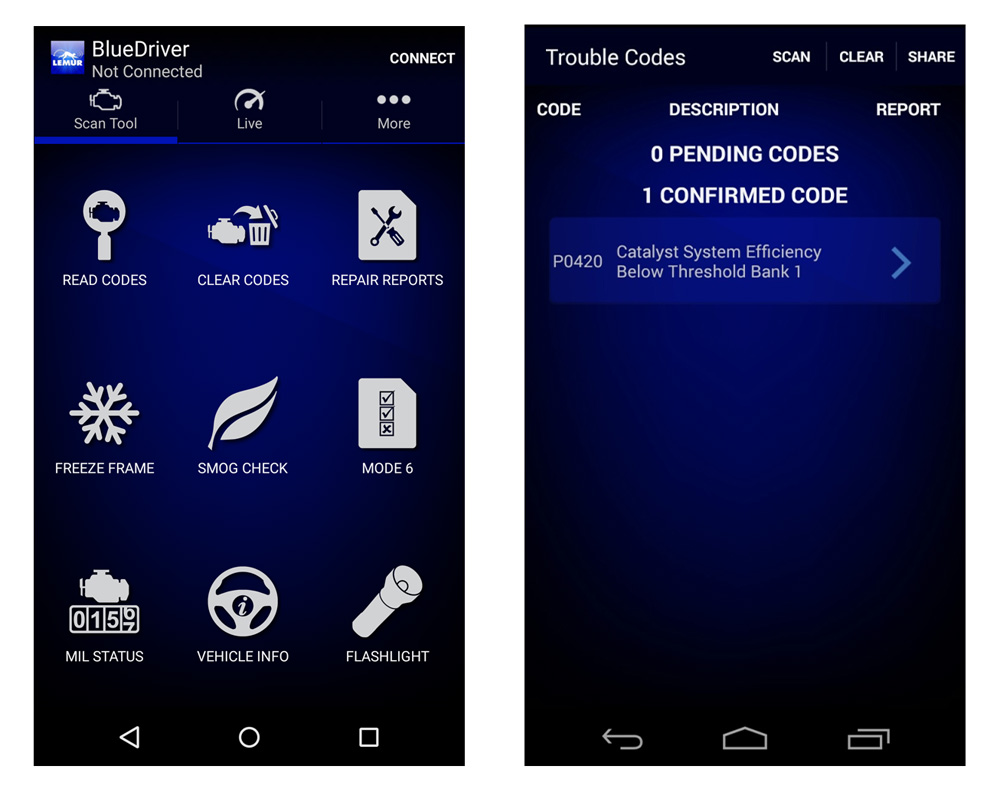 The BlueDriver itself is a module that plugs into the car’s OBD-II port and connects to your iOS or Android device via Bluetooth. Most vehicles tend to have the port under the steering wheel somewhere, though others will have it on the passenger side instead, usually somewhere in and around the footwell. If you’re driving an old classic or retro beater, this device won’t be of any help, unfortunately.

The free BlueDriver app recognizes the connection and prompts you to then add your car’s information through the Vehicle Info section. Typing in the car’s VIN populates the various fields automatically (if you’re not sure what it is, look for the ownership that you probably have in the glove box). If you’d rather not go that route, you can manually input the year, make and model yourself.

The whole app is split into three parts — Scan Tool, Live and More. Scan Tool features the main grid of nine options, which includes Vehicle Info. Most of these are generally dormant until the car is actually running.

The Live function monitors performance in real-time, with a slew of gauges and graphs, ranging from engine load, coolant temperature and fuel pressure. The list can be customized by tapping the gear icon on the top left, where the options seem endless. In either case, there isn’t a lot of context given to ease in the average driver. I was certainly lost, and I imagine many others would be, too. 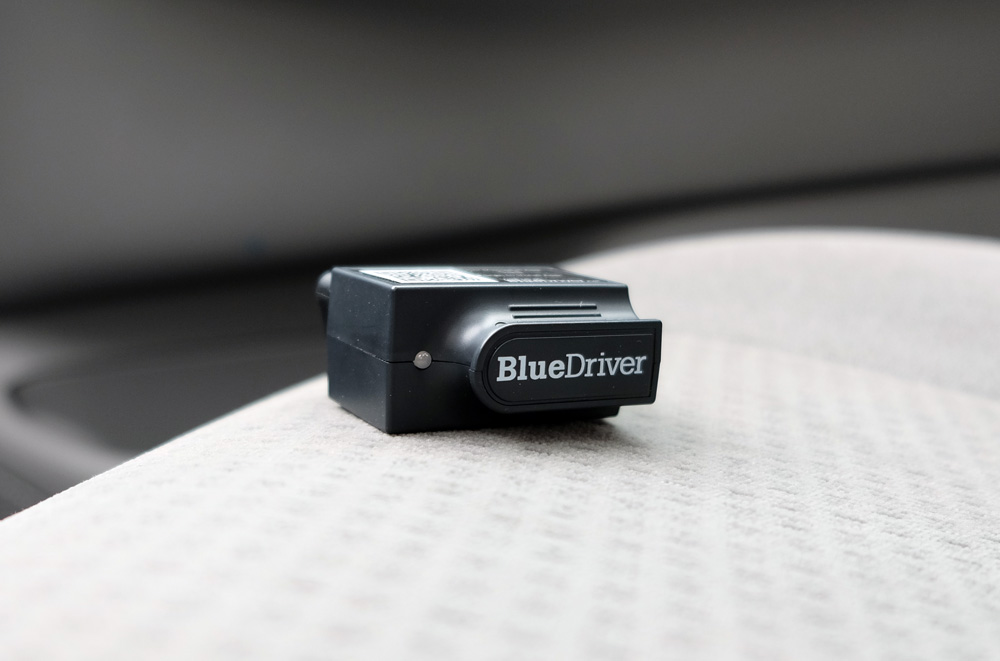 Naturally, you would want to read the code that explains why the Check Engine light came on, which is easily done by tapping Read Codes under the main menu. Clear Codes can make the light disappear but it does eventually come back until the underlying issue is fixed. Of course, engine lights sometimes turn on for reasons that aren’t serious. Provincial emissions tests are usually not allowed if a dashboard light is on, so you might perceive Clear Codes as a way to turn it off and pass the test, which may work in some cases, but certainly not if the engine actually has a problem.

The BlueDriver app has been designed to have contextual information for lights through the other options on the menu. Repair Reports shows the code definition, possible causes and reported fixes for it. Smog Check monitors emissions, scanning for any trouble areas of concern. It’s useful, but doesn’t tell you if you will pass or fail a test, so you have to infer what your chances are based on the colour-coded assessment. You probably have little to worry about if it’s green, whereas red may be cause for concern.

Freeze Frame only works when the engine light comes on, taking a screenshot of the car’s diagnostics when triggered. The data isn’t broken down into layman’s terms, so interpreting what’s actually going on isn’t going to be easy if you don’t know what any of it means. Mil Status will note the date, time and mileage on the odometer at the time the light went on. Again, perhaps not illuminating to you, but maybe useful data points to someone who can figure out how to fix the problem.

As a nice add-on, you can access your phone’s LED flashlight directly from the menu as well.

In the time I tested the BlueDriver, I never had a light appear on my dash, but did have a friend run into a Check Engine issue. We were able to use the module with his car, pair it with his Moto X and see what the issue was. He subsequently went to the mechanic and showed him the repair report, which turned out to be accurate. 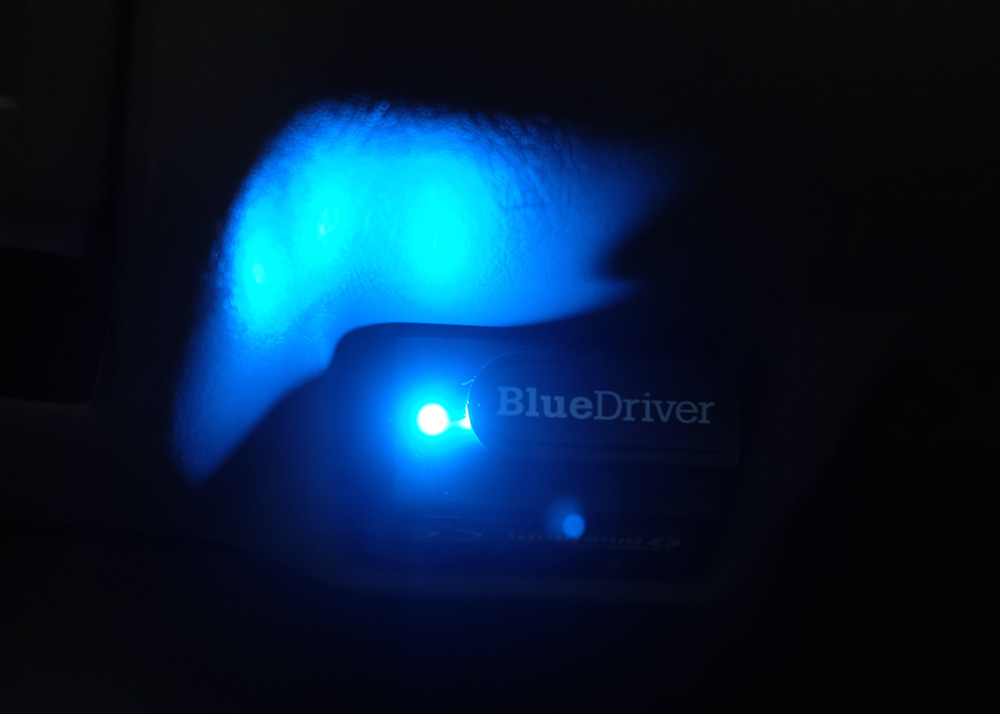 When taking its full breadth into account, Lemur’s BlueDriver is equal parts useful and confusing — at least to the average driver. Those who love the ins and outs under the hood will appreciate the depth offered here because the information is displayed in a way only they could understand. The generally aloof will just appreciate they can get a quick answer on what’s wrong with their car without having to drive over and pay a professional to do a check. Going to a site like OBD-Codes.com could also help after seeing the code pop up on the app.

For $100, and no residual fees on top of that, the BlueDriver pays for itself after just one Engine Light appearance. The emissions part of it may be more relevant to aging vehicles, and even without fuel economy or safety elements included, the device’s focus on repairs can offer great peace of mind.