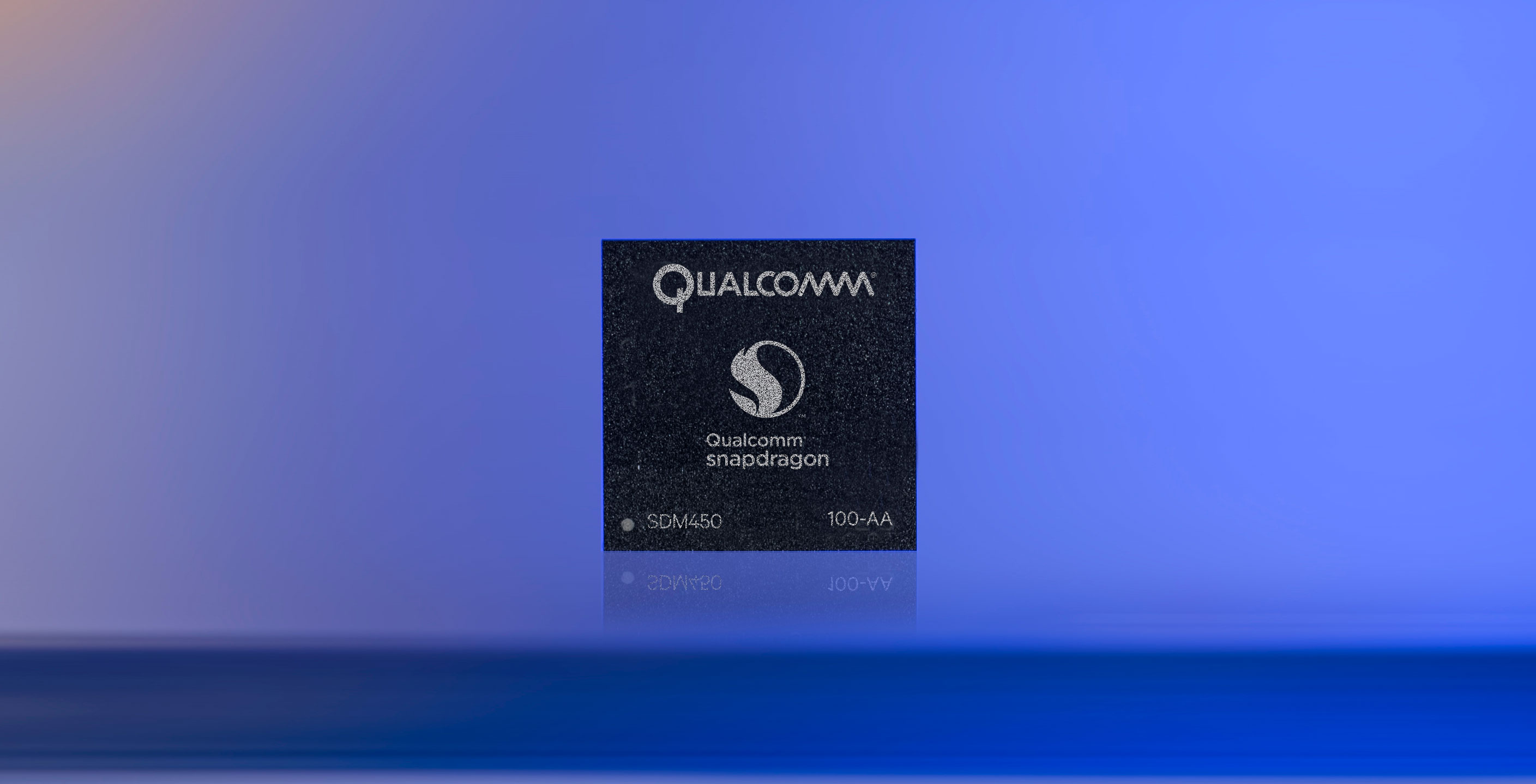 Qualcomm’s 400 series of mid to low-range chipsets is gaining a range of higher-tier functionalities with the company’s latest addition, the Snapdragon 450.

The Snapdragon 450 is the first ever 400 series chip built on a 14nm FinFET process (upgraded from a 28nm process) — a size reduction that brings with it improvements in speed and power efficiency.

Specifically, Qualcomm notes that its 1.8GHz octa-core ARM Cortex A53 processor features a 25 percent increase in computer performance over its predecessor, the Snapdragon 435, which also ran eight A53 cores, but at lower frequencies.

Qualcomm says the improved performance of the 450 chip will figure directly into faster app launch times — predicting an up to 20 percent faster launch time for social apps in comparison to the 435.

As for battery life, Qualcomm says consumers can expect a 30 percent reduction in power usage when gaming and up to four additional hours of usage time at the end of the day compared to the 435, or seven straight hours of video capture.

One of the most noteworthy improvements with the 450, however, is the chip’s support for a fairly premium dual-camera package of two side-by-side 13-megapixel sensors. If a manufacturer instead opts to use a single camera, the chip can also support an up to 21-megapixel, like its predecessor.

LTE connectivity for the lower-end devices using Qualcomm’s 400 series has also improved. The 450 includes the Snapdragon X9 LTE modem, which can hit peak speeds of 300Mbps downlink and 150Mbps uplink.

Devices that use previous generations of 400 series chips include the Moto G4 Play and Samsung Galaxy J5, along with devices from brands like HTC, LG and ZTE.

In a press briefing, a Qualcomm spokesperson noted that consumers could expect to see many of the same brands release budget devices on the 450 platform, likely in the range of $125 to $250 USD.

The company expects to see devices with the 450 on the market by the end of 2017, a remarkably short turn-around, considering it plans to begin commercial sampling to manufacturers in the third quarter of this year.