The LG G6 features one of the best smartphone cameras 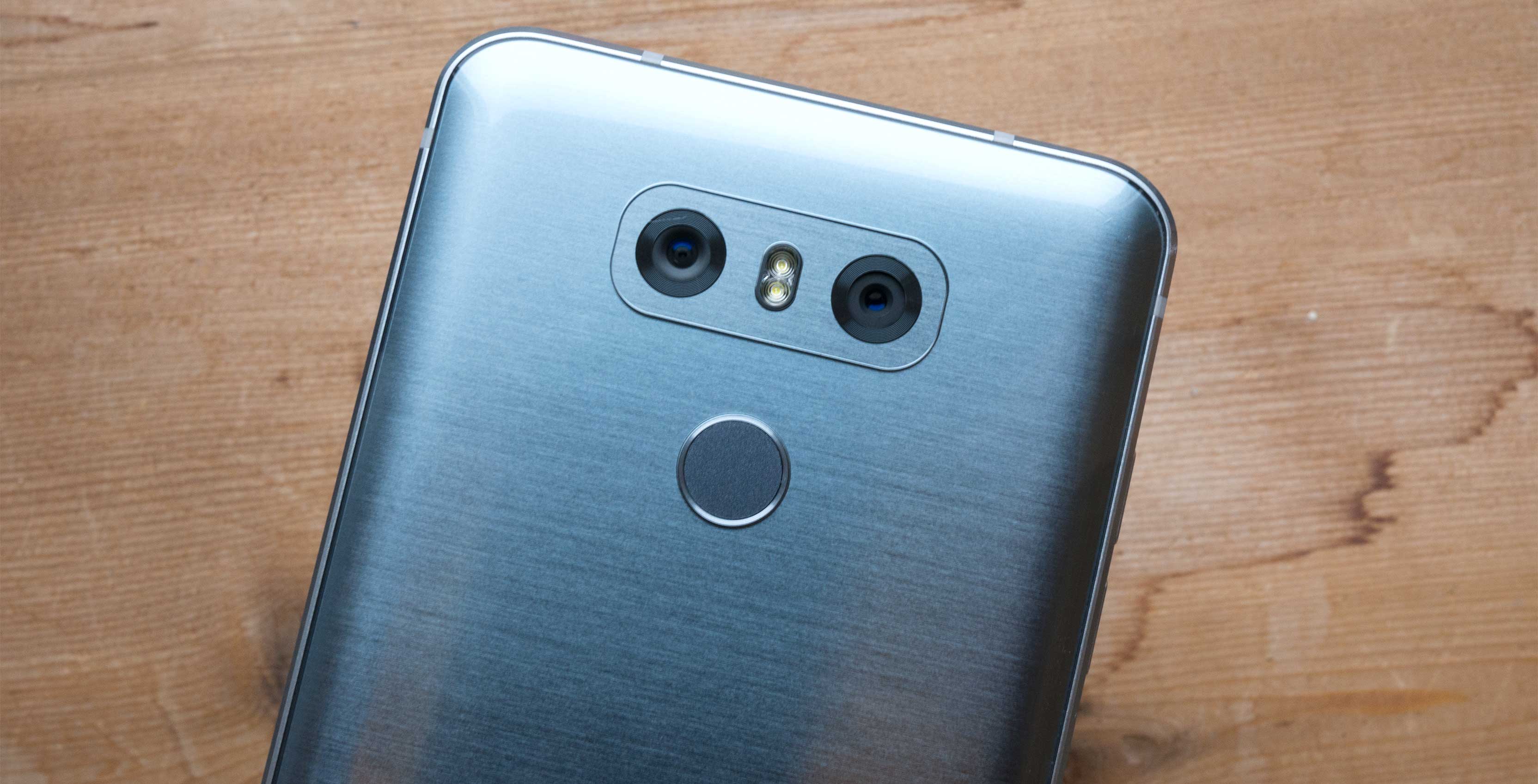 The LG G6 is a refresh of sorts for a company that always seems to sit in the shadow of its Korean rival, yet the camera inside is among the best available on any device to date.

The race for smartphone camera supremacy has never been tighter. It shows, too, because the quality of images even novice users are producing is a strong indicator that things have moved in the right direction.

Back in 2015, I had chosen the LG G4 as the best smartphone camera of that year, primarily because of the manual mode’s excellent performance and results. Maintaining that for the G5, while adding an extra wide-angle lens, was nice, even if the auto mode took a slight step backward. LG has stuck to the same f/1.8 aperture for the lens going back to the G4, except it shifts to f/2.4 for the wider lens.

The G6 doesn’t meddle a great deal with the foundation, which is both good and bad, sticking to a formula that pays dividends after learning how to use it. 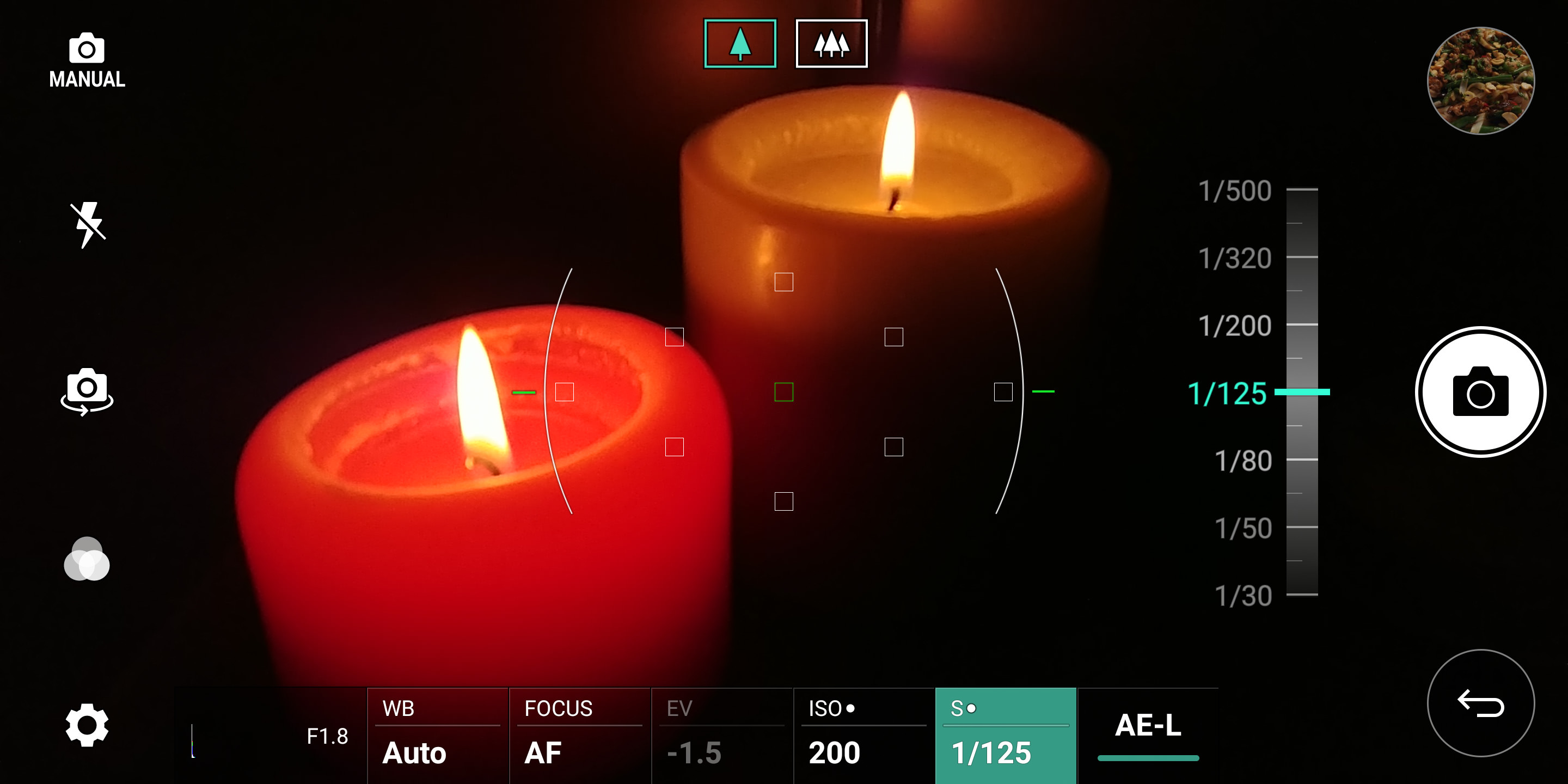 I’ve always found it a little amusing that phone manufacturers pack so much software into their cameras, only for many users to simply point and shoot in auto, and then slap a filter or two over for good measure.

Filters are nice for effect, but they can’t mask poor composition. Auto modes, even for flagship handsets, do tend to overexpose images, either by raising the ISO or lowering the shutter speed too much. This still happens despite the huge strides phone cameras have taken in only the last few years.

Part of the reason for that is also because the most popular handsets usually ignored such features. Apple still hasn’t included manual controls in the iPhone. Samsung only started to take it seriously with the Galaxy S6. Google never included any in the Nexus or Pixel models. LG made a huge leap with the G4, yet the company never truly marketed its camera prowess. 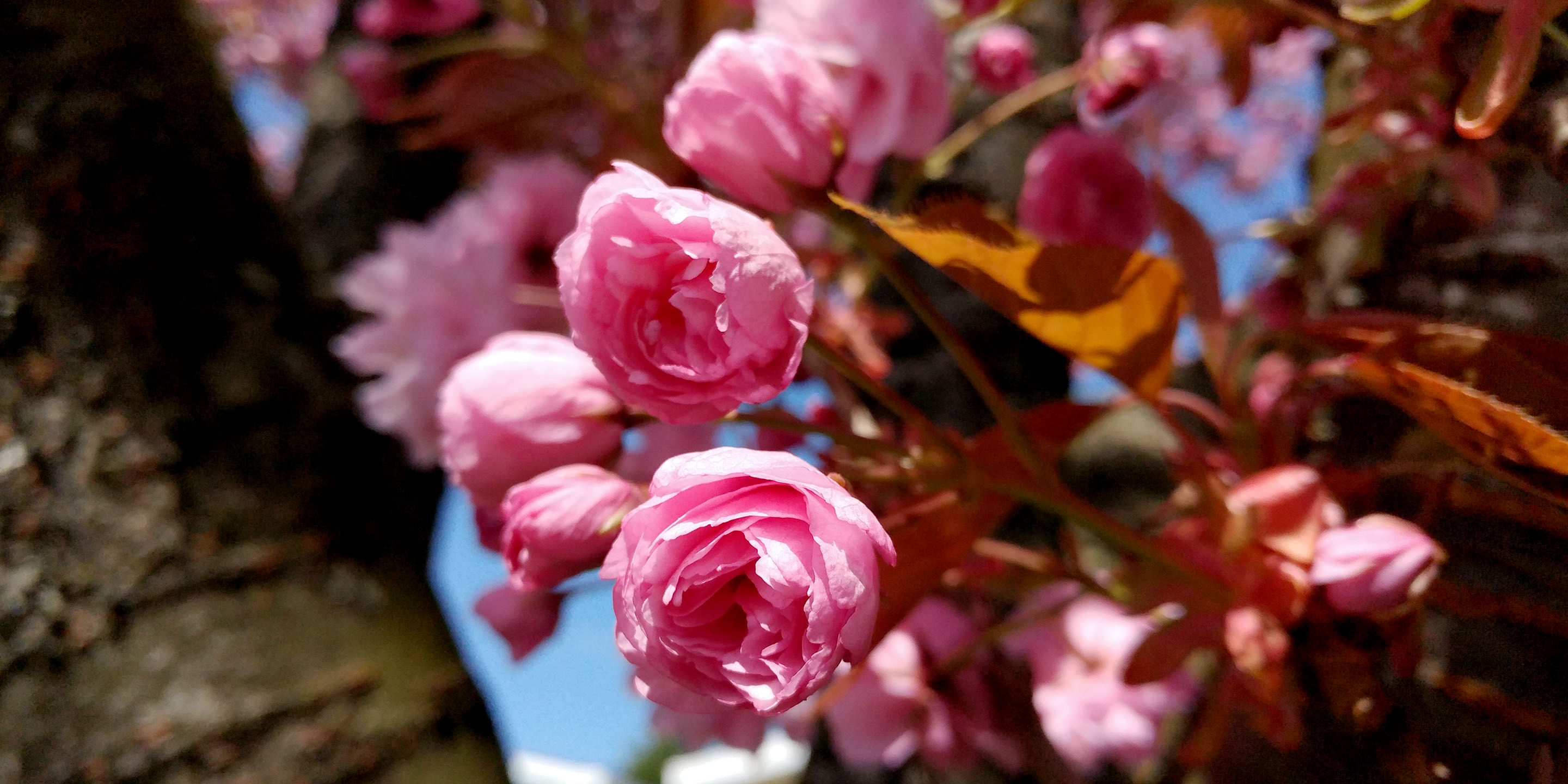 It has finally pushed it as an elite feature with the G6, except LG could do more to show that shooting in manual is easy, especially when it actually is.

Naturally, DSLRs have plenty of manual options, but you’re also dealing with better optics in those cases. With the limited range of the image sensor and lens in a phone, capturing more detail and colour often requires tweaking the controls.

LG’s manual mode layout hasn’t changed since the G4. White balance, focus, exposure, ISO, shutter speed and auto-exposure lock line up at the bottom — all adjustable with sliders. Change any of the settings and the live view shifts in real-time to show what the image would look like. 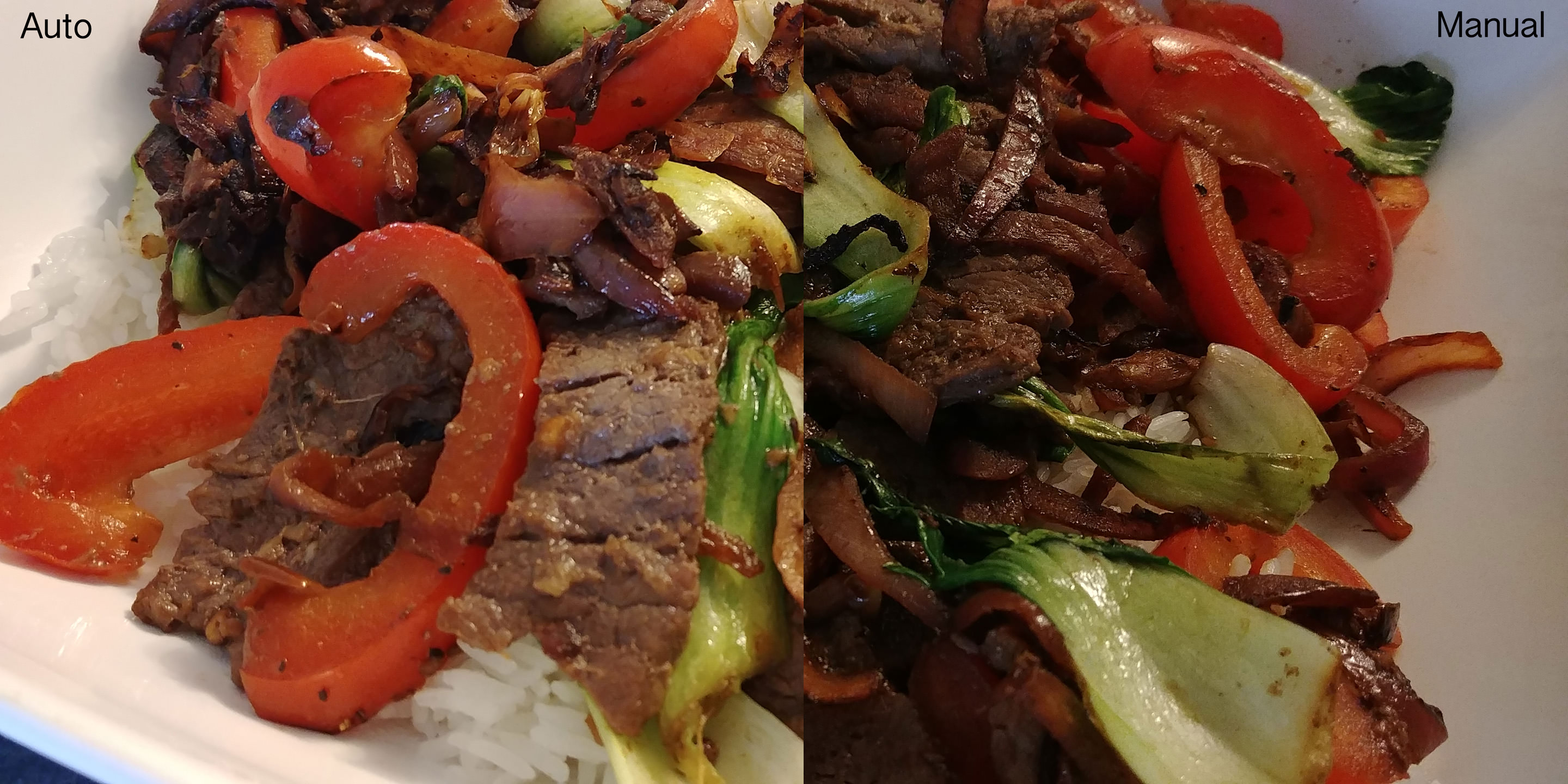 It’s this one seminal element that makes it easy to learn. Trial and error goes a long way, but basic knowledge is always a great fallback in case confusion sets in. In my experience with manual modes on phones, ISO and shutter speed are the two most common settings to change because they affect how much light passes through the lens to the sensor.

It explains why some photos in Auto, especially in more challenging situations, come out bright enough to see, yet overexposed or filled with noise. The G6 is no different, in that respect. Shooting in Auto in low-light is just asking for a mediocre image. In Manual, however, the results can literally be night and day.

Admittedly, there’s a secondary issue there too. Really slow shutter speeds mean the shutter stays open longer to let more light pass through to the sensor. That makes it highly sensitive to any jitter or shake in your hands, no matter how statuesque you may be. Setting a timer and propping it up on a flat surface to shoot hands-free is a great way to capture skylines or architecture at night at slower shutter speeds and ISO. Personally, I try to never go above 800-1200 ISO on any night shot, otherwise the noise becomes a snowstorm.

Night photos with traffic looking like red and white lasers zipping through streets are shot that way. Tripods, slow shutters, reasonable ISO levels — it doesn’t take that much, only the perfect location. 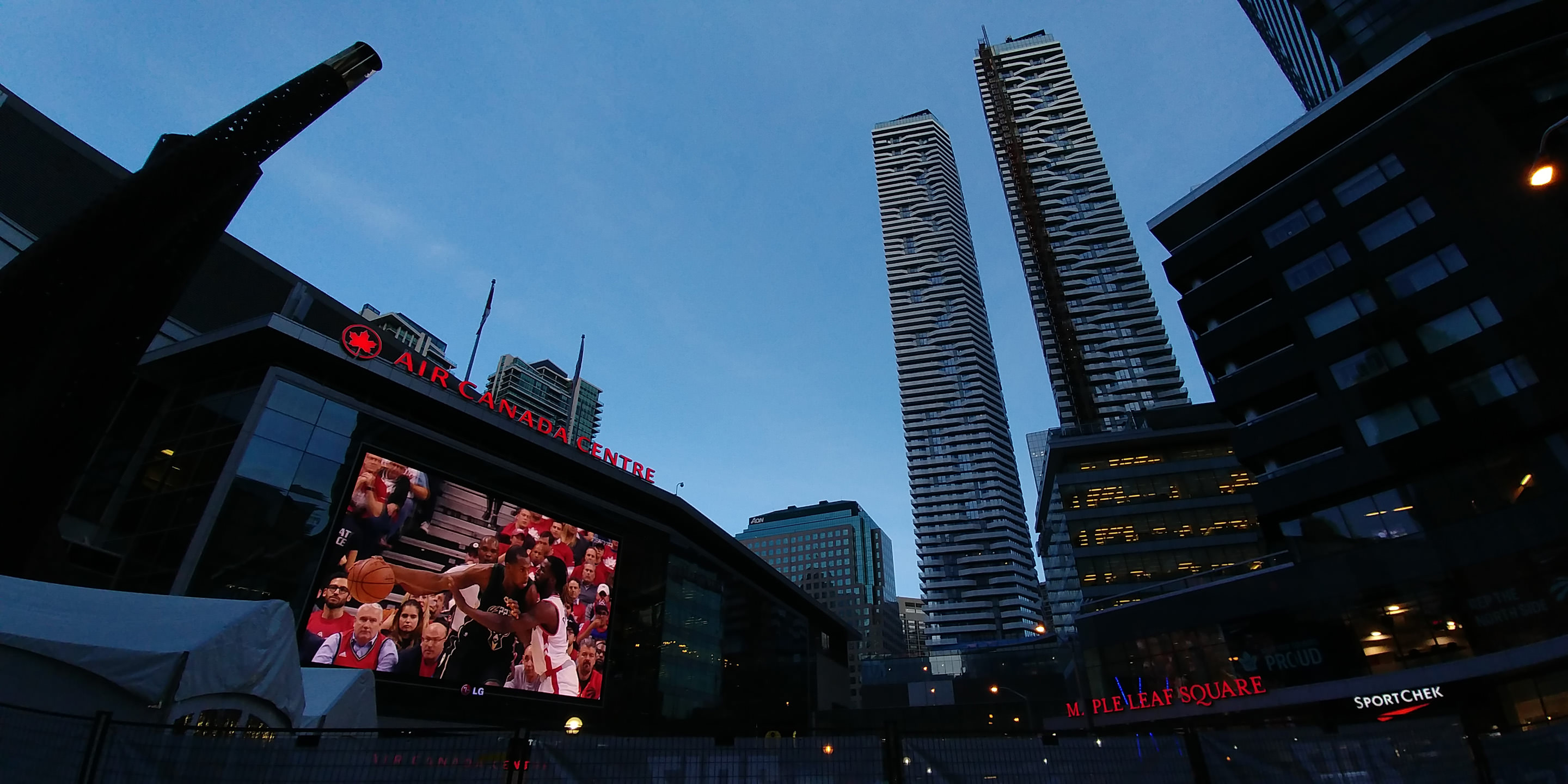 Dusk and golden hours are always great times to shoot in manual because of the dramatic results. Shoot a sunset in Auto and then on Manual (with adjustments) and the difference will be like two completely different cameras. Again, the G6 is a lot like that, much like its two predecessors were.

Even in daytime, the same principles apply, only in reverse. Bright sunlight offers better contrast when you lower the ISO and raise the shutter speed. The G6 is at its best in these scenarios. There is a crispness and depth to properly exposed daytime images that really shows.

Shooting in RAW is off by default, but if that’s something you want to get into, it’s well worth doing. There’s more post-production required, and the G6 will save two versions of an image, a RAW and JPEG. Since RAW files are always larger, the phone’s storage space can fill up quickly if left unchecked.

LG also defaults to the wider 18:9 aspect ratio, yet markets a 13-megapixel image sensor. You only get the full 13-megapixel when shooting in 4:3. Otherwise, 18:9 maxes out at 8.7-megapixel. Shooting in the more common 16:9 is slightly better at 9.7-megapixel. So, to get the best possible quality on this device, you shoot in manual, RAW and at 4:3. 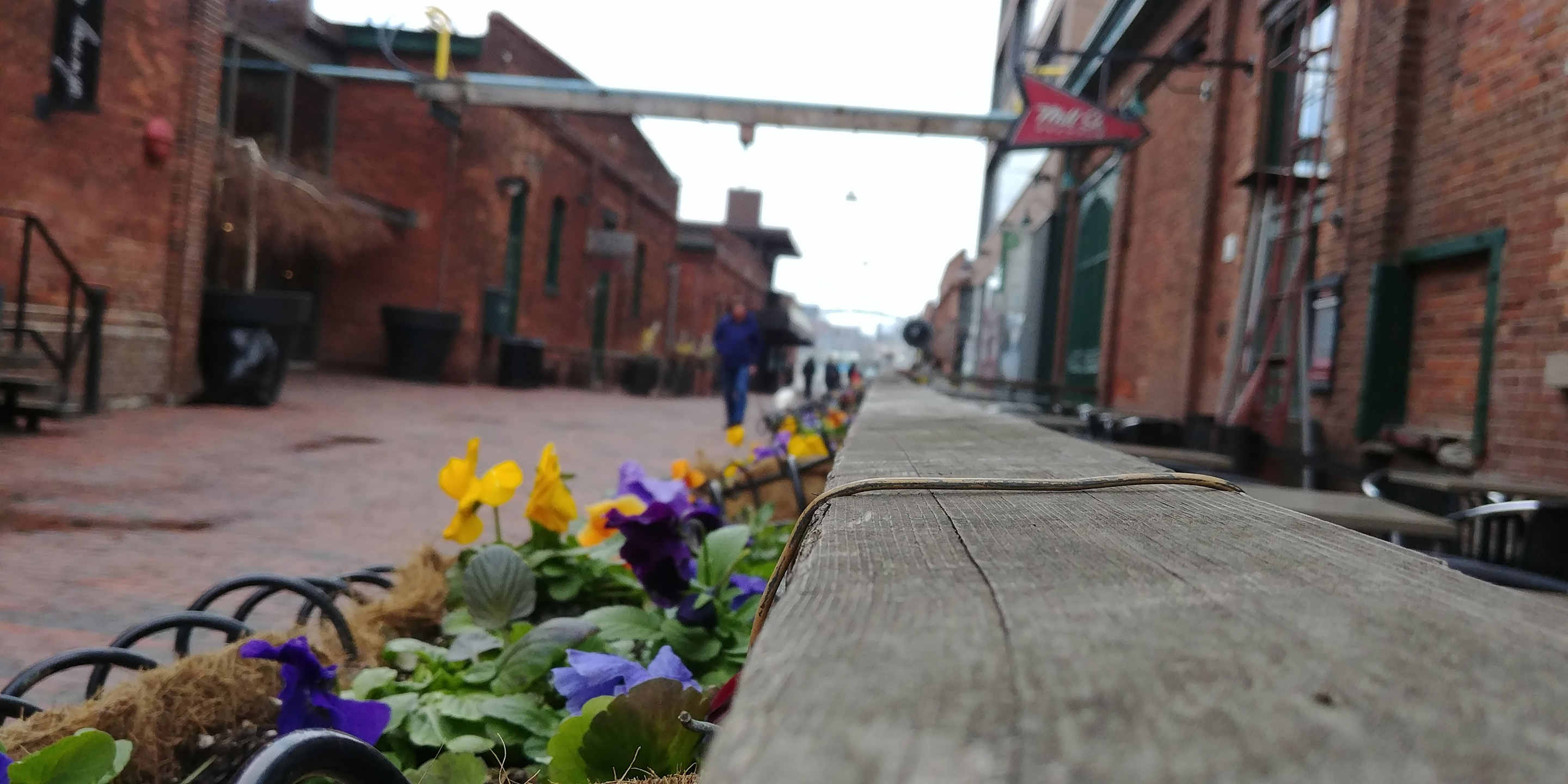 The wide-angle lens can take advantage of all the manual controls, making it great for capturing wide vistas and big groups. Plus, any adjustments already made apply to either lens. Simply switch between them at will.

LG added a Square mode to its camera clearly influenced by social media. Instagrammers will like the 1:1 aspect ratio built-in to the mode, including the different layouts to separate images. There is no way to shoot in manual with this mode, so it is effectively Auto with a different aspect ratio. The workaround is to change the ratio in the settings to 1:1 and then shoot in Manual mode, in case you want that control.

The various modes attached to the Auto mode include past staples like Popout, Panorama and Time-lapse, and include others like Snap (LG’s live photo feature), 360 Panorama and Food. 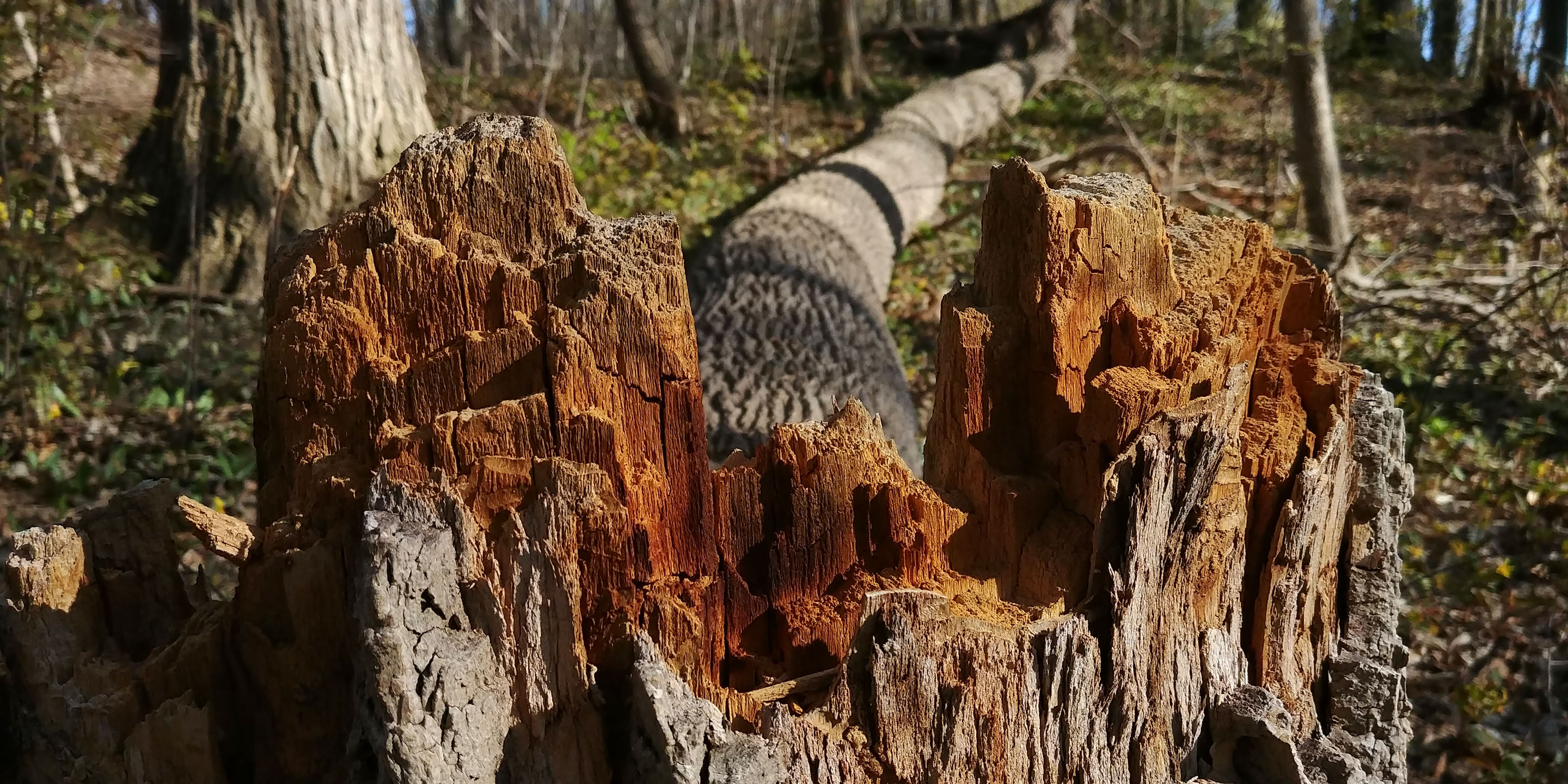 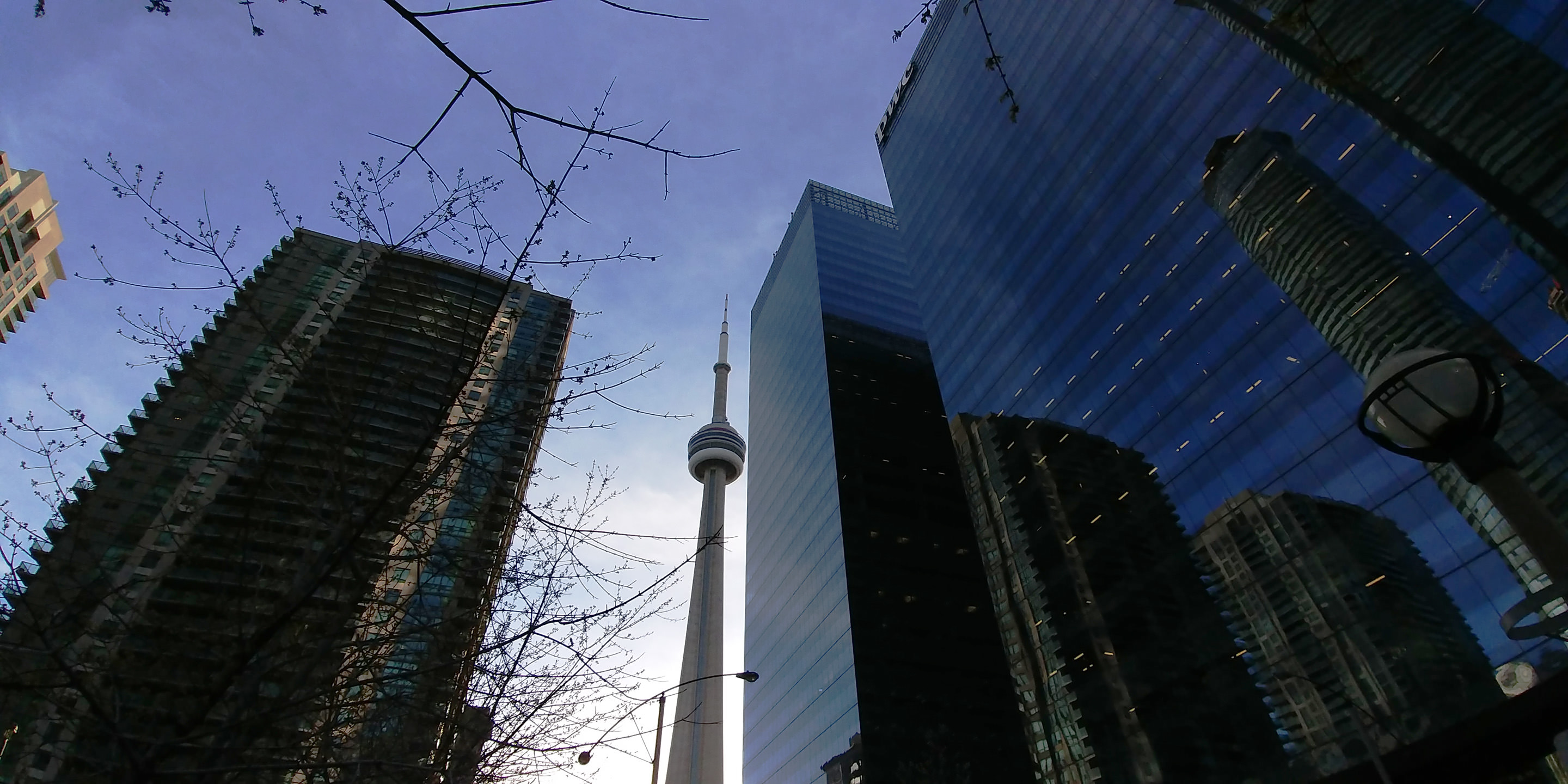 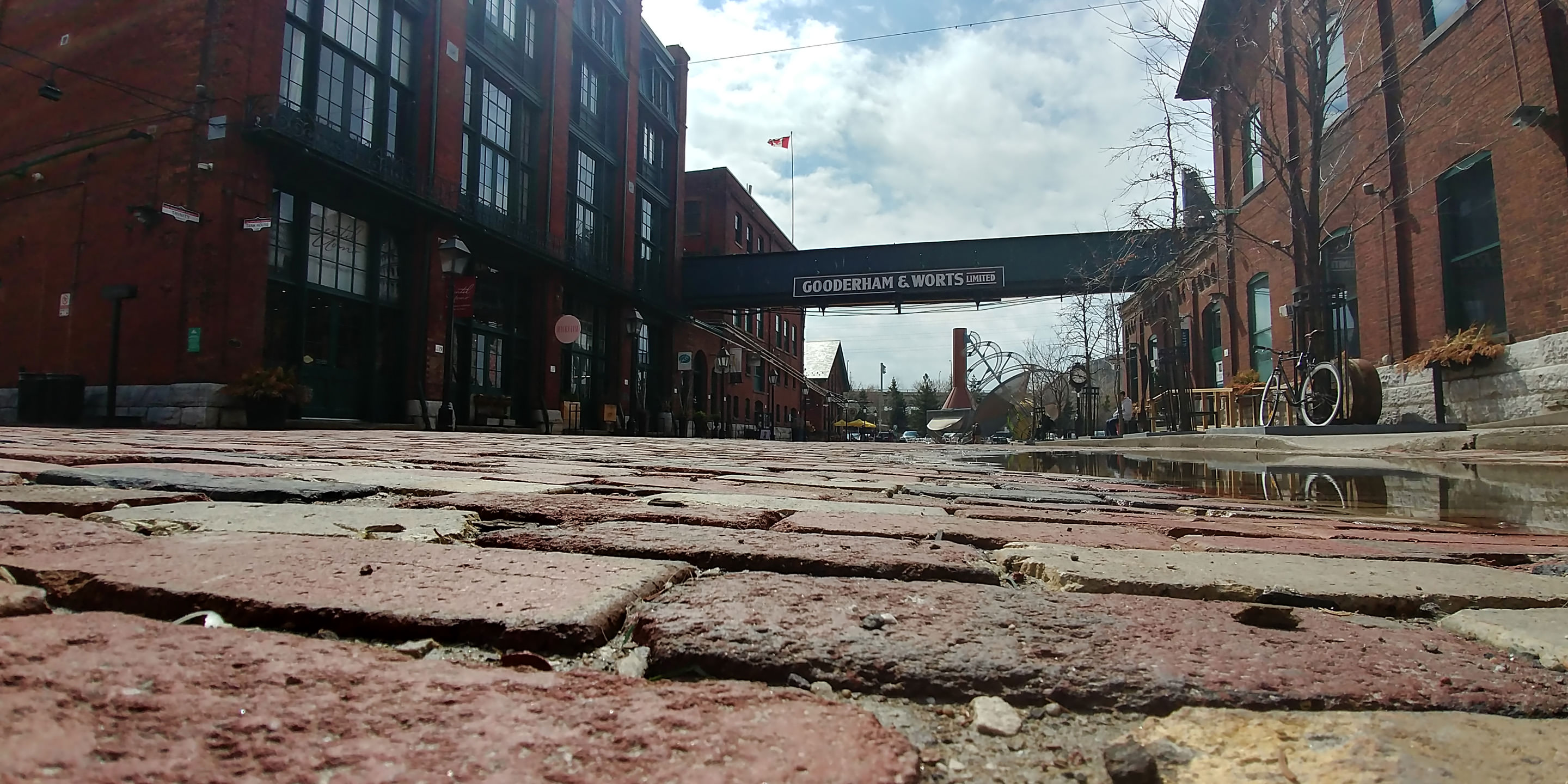 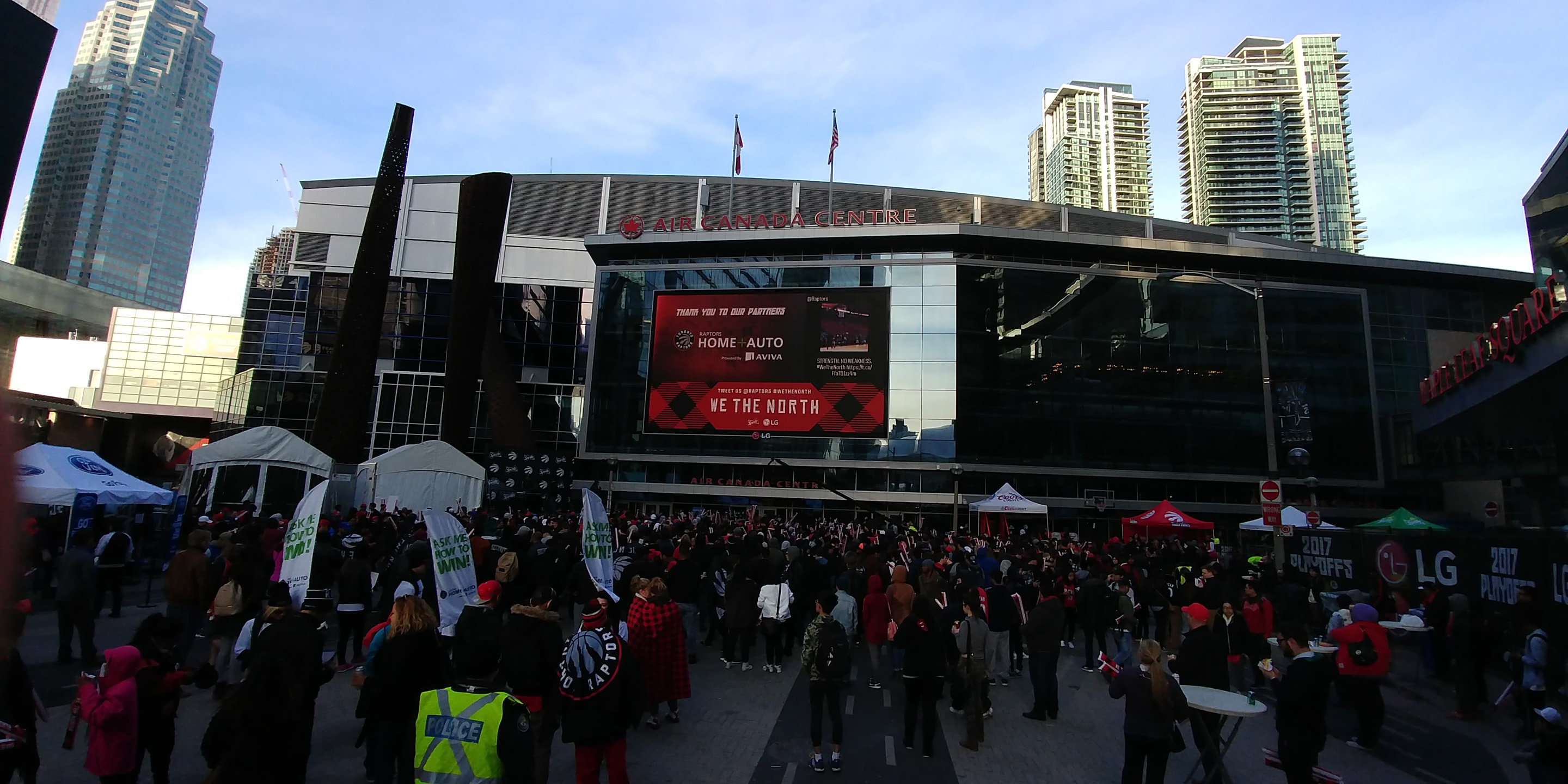 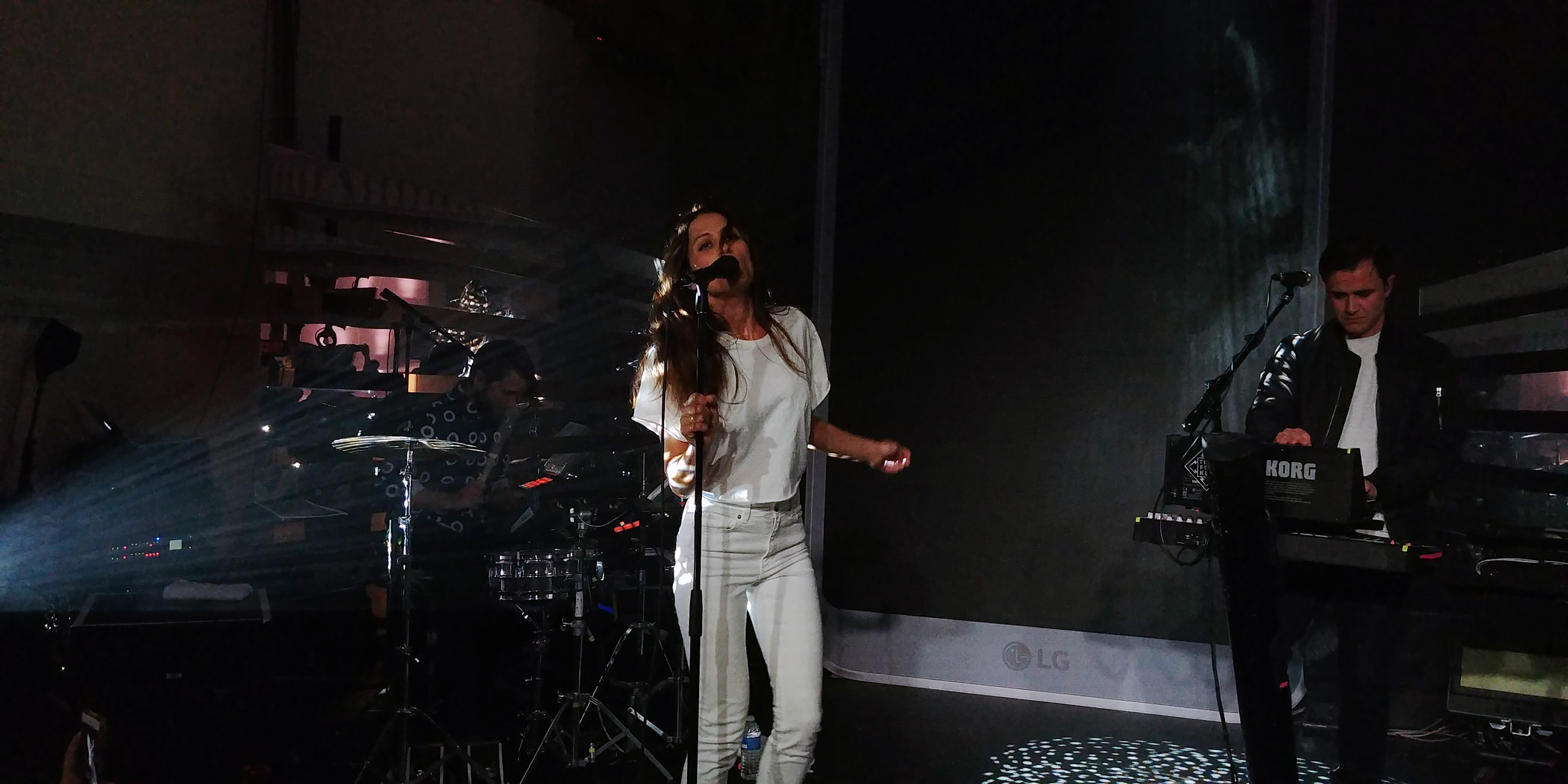 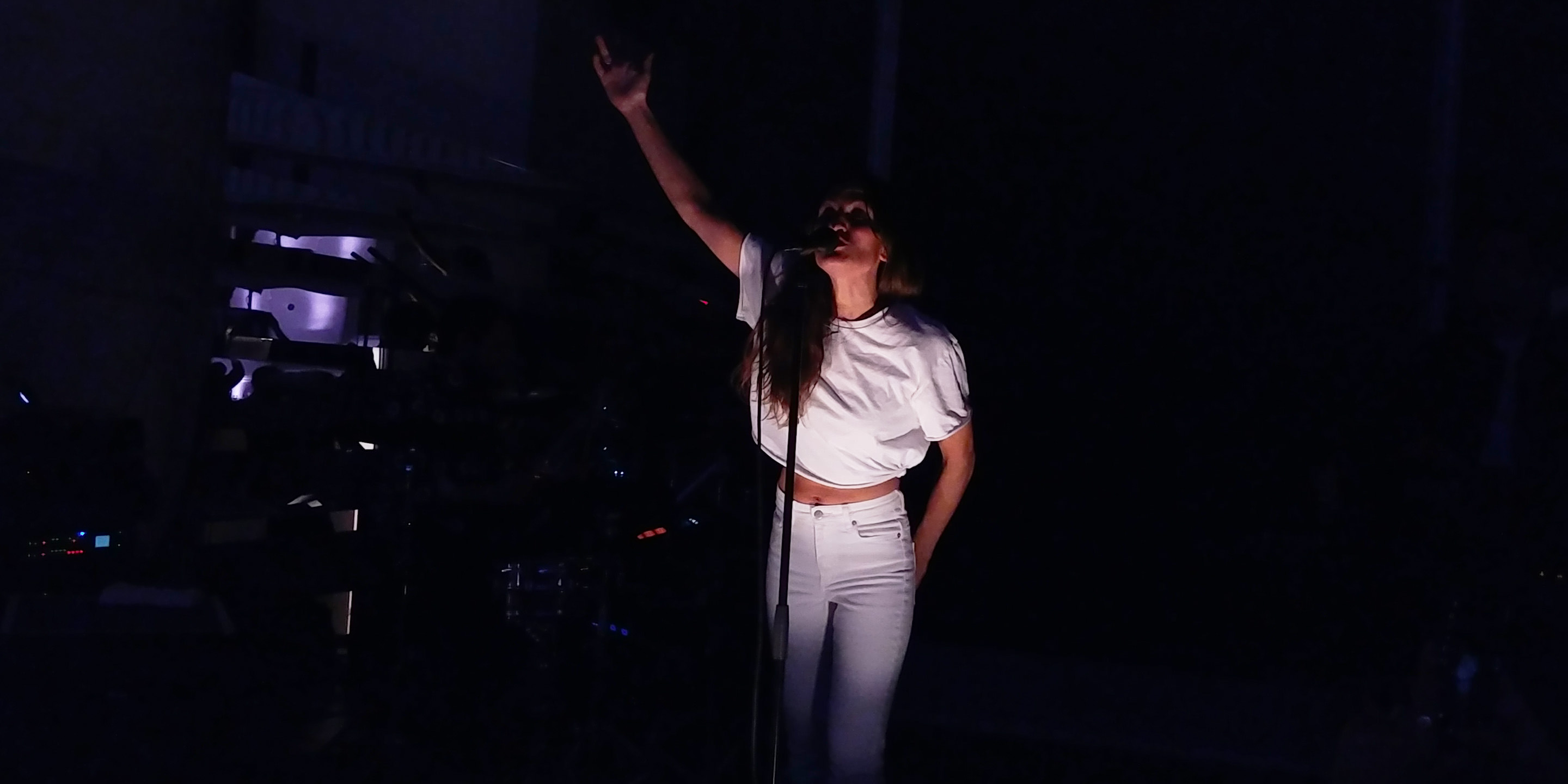 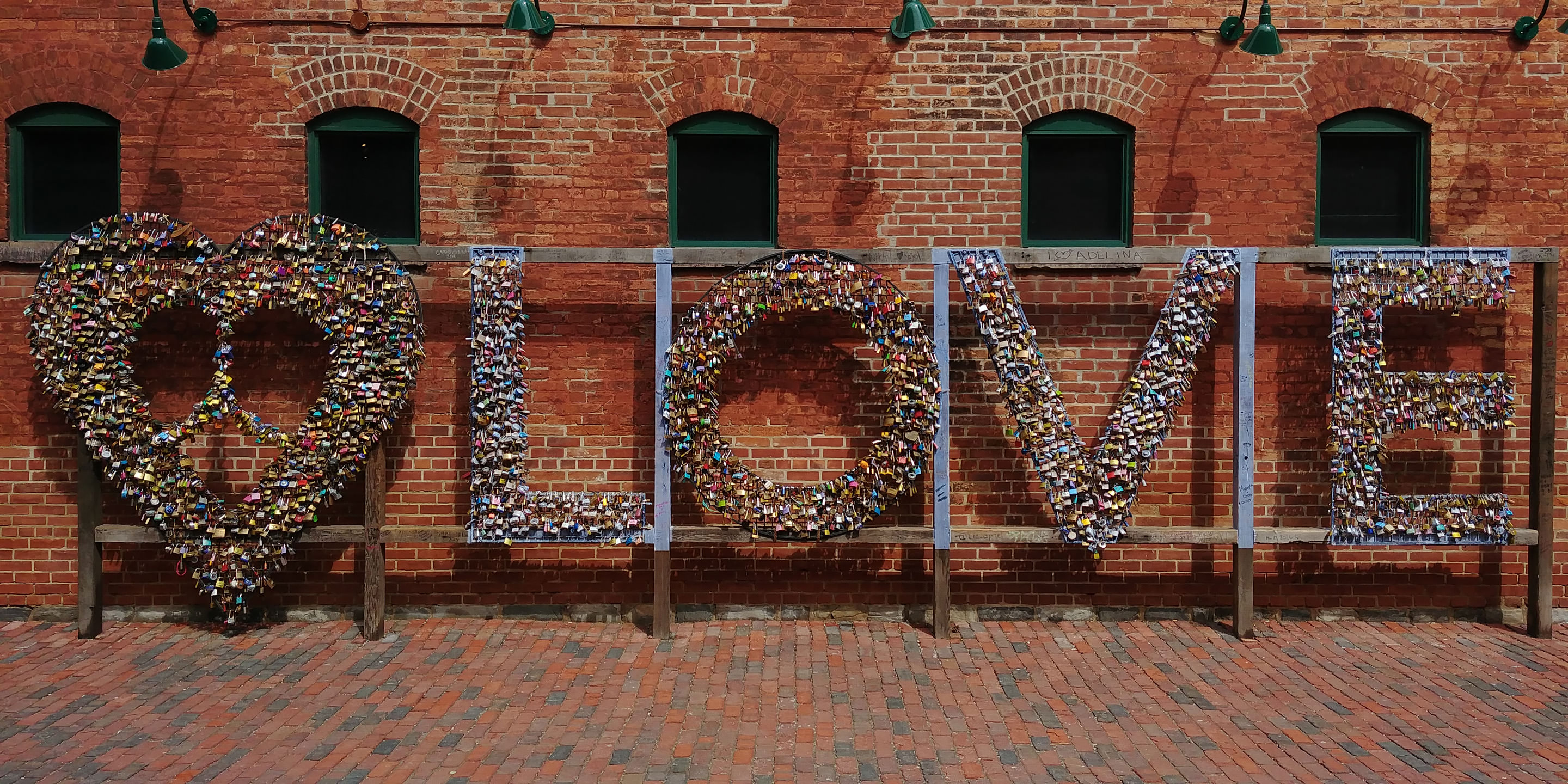 The 360 Panorama mode is also one of those things that’s neat to have, but can’t compare to a 360-degree camera that can do the same thing in a fraction of the time.

Gimmicky camera features have long been a thing with Android phones, as each manufacturer tries to outdo the other. LG hasn’t gone overboard with the G6, but highlighting Manual mode over the others would exemplify what the camera can truly do. 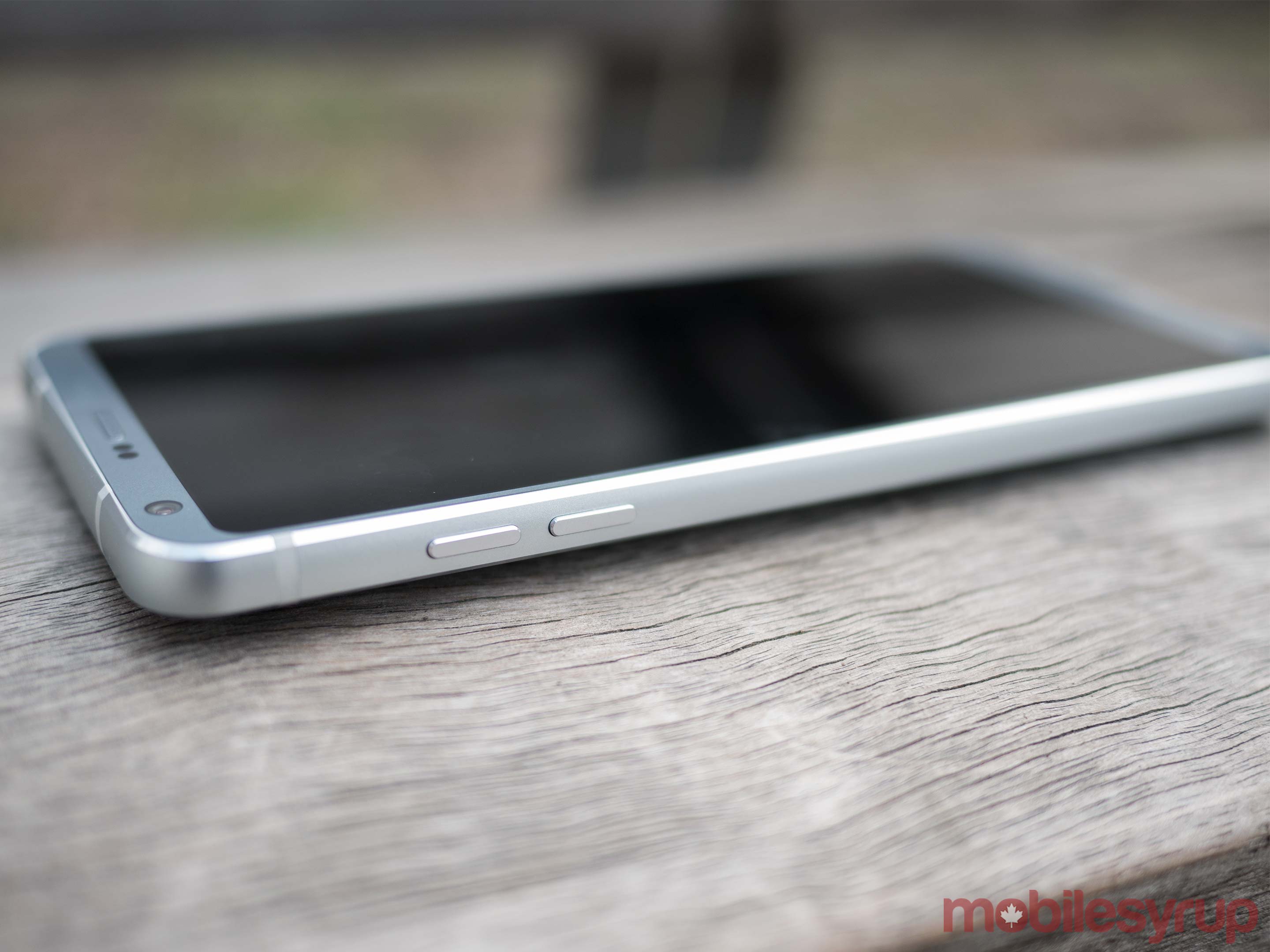 LG wisely added manual video recording with the V20 as part of its new and improved audio recording feature. They work in tandem on the G6, but I have found there is more tinkering involved compared to still photos. While some video clips can turn out with balanced composition, others seem to skew too far one way or another.

Why? Because adjusting ISO and shutter speed isn’t enough. The wild card is always the exposure, which is locked whenever auto-exposure is on (which it is by default). Turning it off and adjusting exposure then automatically changes the shutter and ISO. Changing either of those then puts exposure back to auto.

Shooting video of a small concert was challenging because of this. Pulsating lights and strobes, a moving subject and on and off darkness put the G6 in a tough spot. Adjusting the ISO and shutter helped maintain some consistency because the exposure wouldn’t shift that much, whereas adjusting exposure had the shutter and ISO adjusting constantly. This is really what the Auto mode does, only there is supposed to be greater control with manual sliders.

Tracking focus is also turned off by default in the settings, so shooting action or an active child, for example, is made much easier when toggled on. Simply tap to focus and it sticks to the subject. 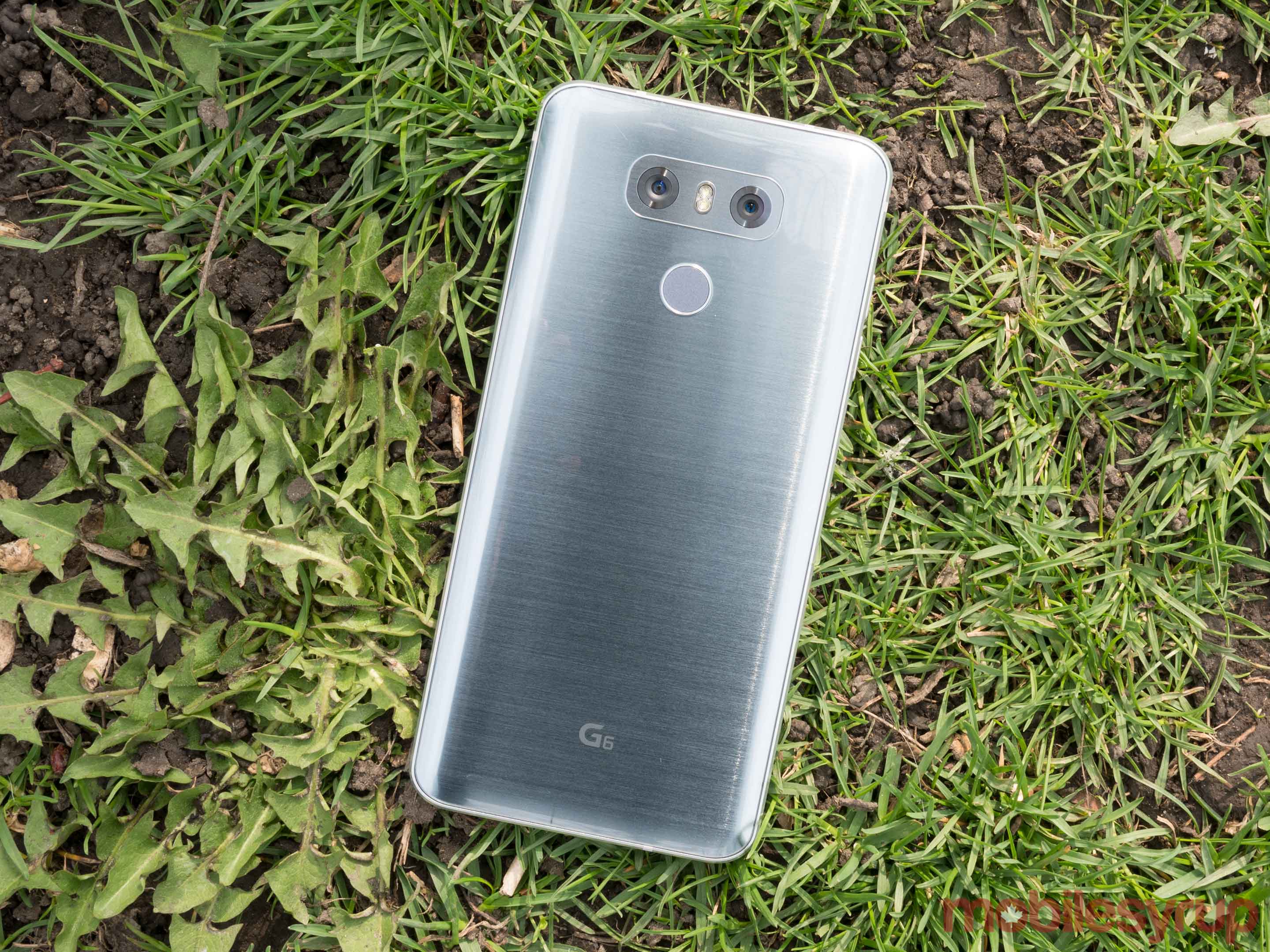 There is some interpolation going on with this camera that becomes more noticeable in certain settings. Shooting video in 24fps brings it out, as does shooting at a lower ISO (like 50-100) in high contrast situations. It’s not as obvious when viewing the images on a phone screen, but certainly is on a computer or TV.

LG would also benefit from setting up Manual mode presets to make shooting faster. Capturing something candid takes longer when fiddling with the sliders, but I would have liked to have a preset for either a daytime or low-light scenario that I could use or adjust on the fly.

Unlike the iPhone, whose massive aftermarket includes various lens manufacturers that help improve the device’s optics, the G6 has virtually no support that way. These lenses are about as good as it’s going to get, which is why tinkering with Manual mode becomes more prominent.

It’s not a perfect camera, by any means, but the G6 is among the best and most multi-faceted available on any handset to date. It just takes some time to learn how to bring out the best it offers.