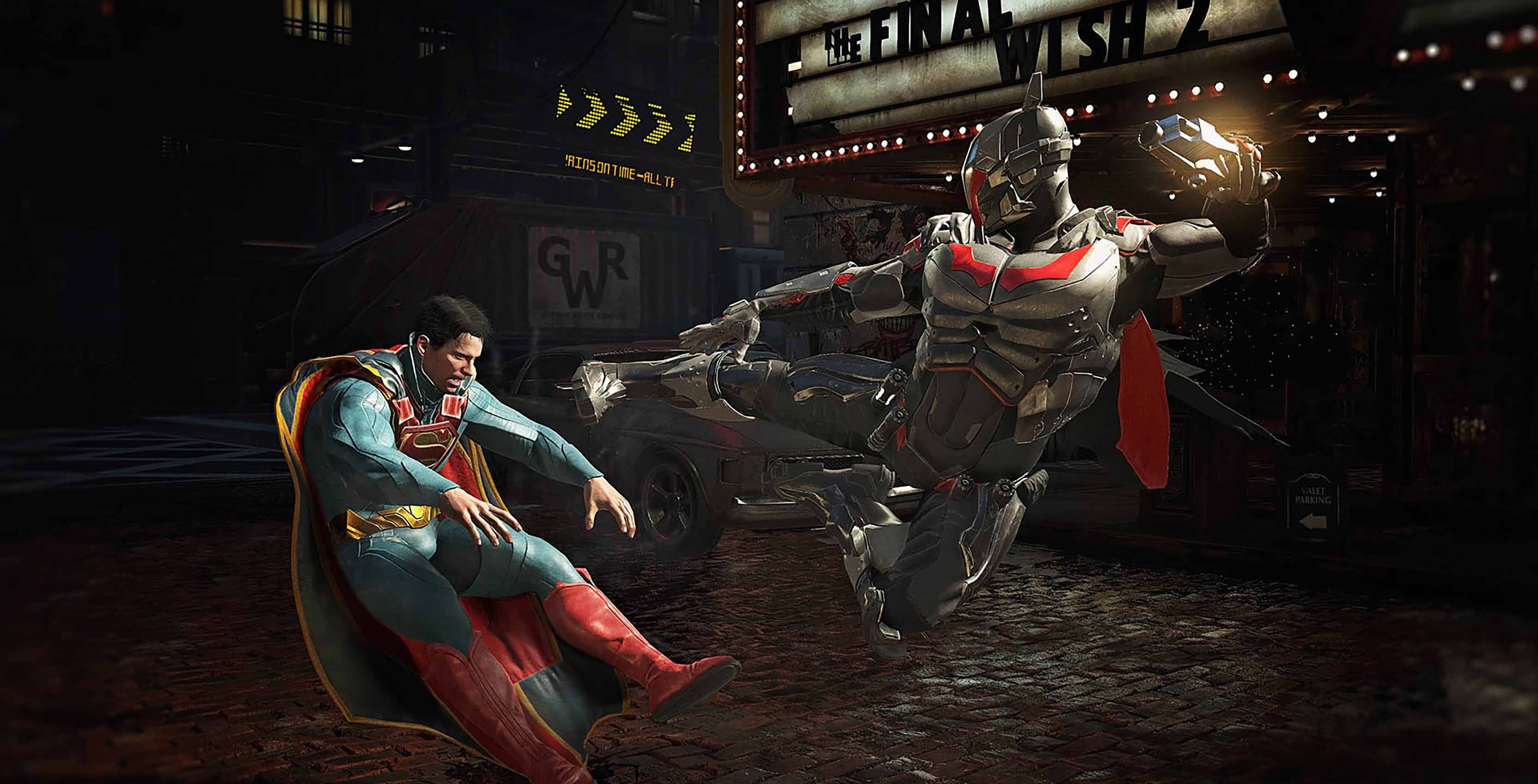 While DC’s current slate of live-action movies has been mediocre at best, it’s always nice to see good products based on the popular comics brand.

Thankfully, developer NetherRealm Studios’ Injustice 2 is everything I could have wanted and more as a sequel to the team’s excellent Injustice: Gods Among Us.

Aliens and metahumans and gods, oh my!

Injustice 2 takes place years after the events of the first game, with Batman and his allies trying to piece the world back together following the fall of Superman’s dictatorial Regime. This time, Braniac is fast approaching Earth, hellbent on killing the Man of Steel, who he believes is the last remaining Kryptonian. Once his cousin Supergirl enters the fray, however, loyalties become tested and characters are forced to make choices that will define the kind of people they want to be.

There are some truly great character moments that I won’t spoil throughout the roughly four hour campaign. The proceedings are elevated by a cinematic flair presented through excellently choreographed action scenes, uncanny facial animations, solid writing and superb voice acting. As with the first Injustice, the game features the return of several DC fan-favourite voice actors; most notably, Kevin Conroy, George Newbern and Susan Eisenberg all reprise their Justice League animated series roles as Batman, Superman and Wonder Woman, respectively.

At certain parts in the story, the game will also let you choose between two characters to play as. An early chapter, which is a highlight of the campaign, sees Green Arrow and Black Canary infiltrate Gorilla Grodd’s compound to apprehend the superpowered ape. I really enjoyed having the choice to switch between the pair between fights, especially with different witty banter being exchanged depending on who I selection

Every battle defines you 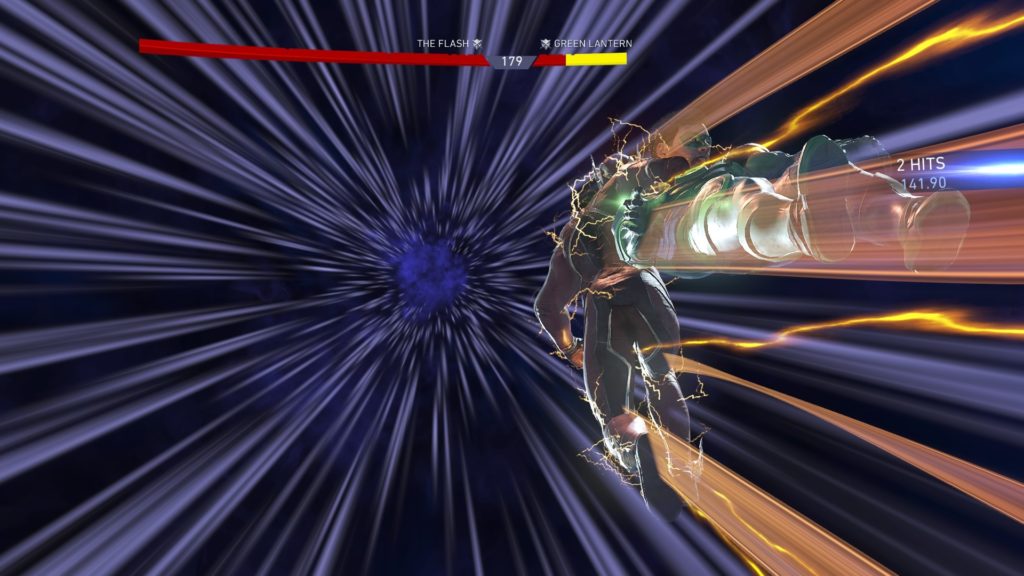 But while I came for the story mode, I ended up staying for the gameplay. I’ll freely admit that I’m really not all that good at fighting games, but I still find them enjoyable nonetheless. Injustice 2 is no exception. Thankfully, this sequel retains many mechanics from the first game, including interaction with objects in the environment, stage transitions, clashes and unique character traits (such as The Flash’s time-slowing ability).

Supermoves also remain, but some returning characters’ powers have been redesigned. Easily my favourite in the game is The Flash’s, where he runs his enemy across different time periods, smashing him into a pyramid and even a dinosaur.

Perhaps the biggest addition to Injustice 2 comes in the form of Gear, a loot-dropping system that yields stat and appearing-altering equipment to let you customize characters. Being able to personalize the way Batman looks, from different cowl styles to armour colour patterns, as well as influence his power or HP in battles really goes a long way to making each fight feel distinct. I became really engaged in opening up the various Mother Boxes that I earned as I played, which yield new Gear and credits that can be used to purchase more equipment. 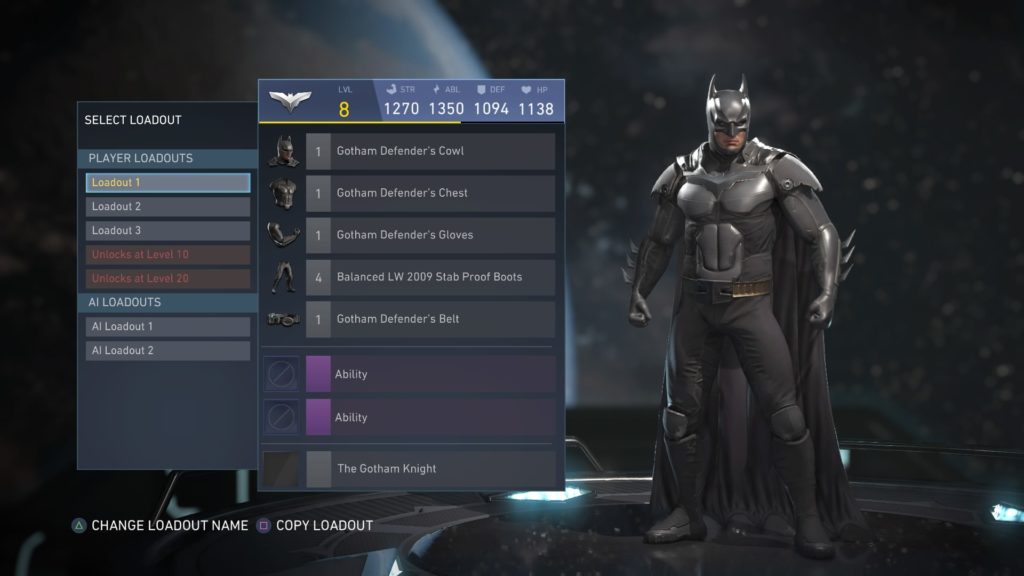 This is also where playing Injustice 2 Mobile can come in handy. Linking both versions of the game will automatically give you a Diamond Mother Box (the most valuable drop available) and an alternative skin for Cyborg based on the evil robot Grid. Credits and other rewards for the console version will be given as you play, which made me appreciate the connectivity between both versions.

Perhaps my only main gripe with the game is the absence of certain characters. I understand that it’s impossible to cater to all DC fans with the roster. That being said, some major players didn’t return from the first game, like Deathstroke and Lex Luthor. I’ve seen some people say their absences are due to story reasons from the first game and/or comic book tie-in, but I don’t see why that should preclude them from being playable in other game modes.

They found a way to explain The Joker coming back, after all, and he was presumed dead. Likewise, when Damian Wayne (Injustice 2’s version of Robin) assumes the role of Nightwing during the story, he takes on the hero’s staff-based fighting style from the first game. It was disappointing to have him in the game but not be playable. 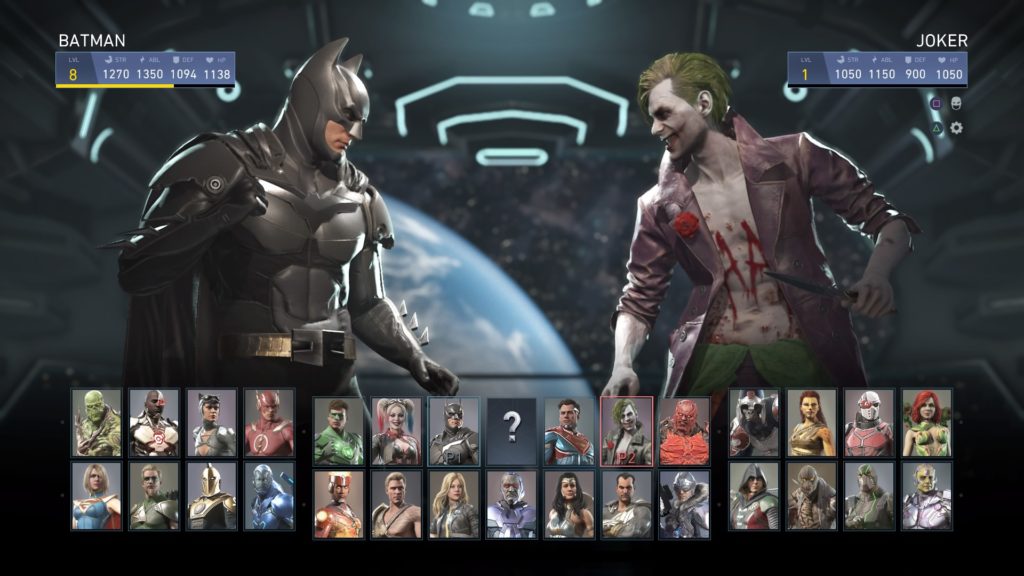 On the other hand, deeper cut newcomers like Doctor Fate, Swamp Thing, Firestorm and Blue Beetle are welcome additions to the roster. Of the new characters, I found myself using Black Canary and Robin the most. The former is a heavy hitter with a flurry of kicks and her “Canary Cry” sonic screams, while the latter offers some solid mid-range maneuvers with his sword.

Braniac can be unlocked by completing the story mode and Darkseid is available through a pre-order bonus or separate DLC purchase. Nine additional DLC characters are also planned for the game, with Red Hood, Starfire and Mortal Kombat’s Sub-Zero confirmed so far. I’m personally hoping that Constantine is one of them.

Lots to do in the Multiverse 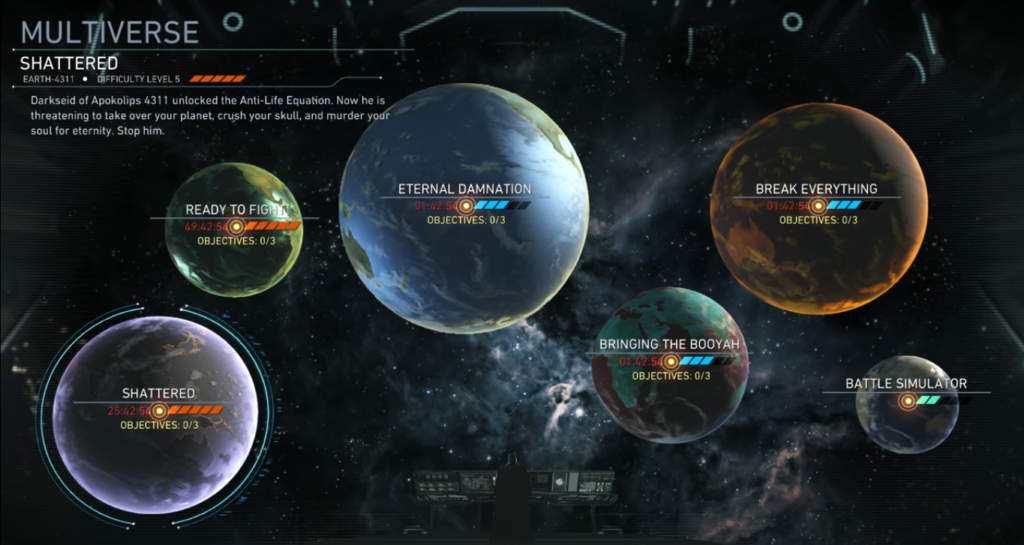 NetherRealm has also thoroughly embraced DC’s parallel earth concept by including a standalone ‘Multiverse’ mode. It offers a variety of missions separate from the campaign that feature alternate versions of characters with a slice of narrative behind them. One mission, titled ‘Caped Crusader,’ has you play as Batman as he tries to take down ‘Emperor Joker,’ who has taken control of Earth-1547. You’ll get a variety of character-specific rewards for completing the missions; in this case, The Dark Knight gets himself a nice stat-increasing cowl.

It even offers an MMO-style system where different quests and rewards are only available for limited times, with new offerings taking their place  periodically. I particularly appreciated the meta game behind this mode, where it’s explained that Batman’s peacekeeping Brother Eye computer system is scouting the Multiverse for threats that he and his allies must combat.

Outside of single-player modes, I admittedly haven’t spent much time with Injustice 2’s online features. From what I’ve experienced so far, matches appeared run smoothly enough. You can also join Guilds with other online players to earn rewards for victories. 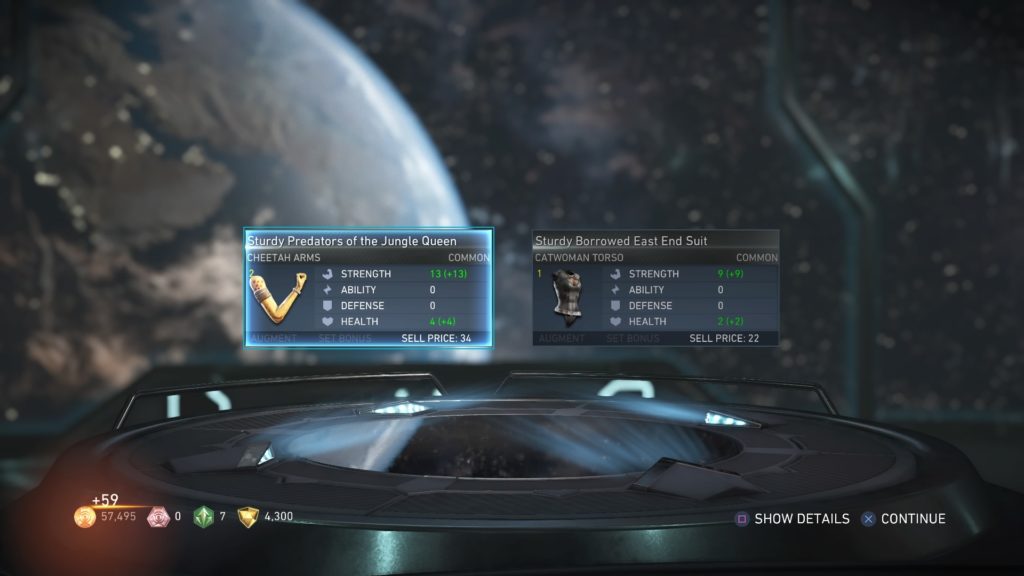 NetherRealm has done an all around phenomenal job with fan service in Injustice 2. As someone who adores DC Comics, I love all of the details that have been put into the game. Every character has unique dialogue to the character they’re fighting, instead of a letting out a generic battle cry.

It makes each fight feel a little more personal and like an appropriate adaptation of one you might find in a comic. Even the specific gear you pick up has nice little Easter eggs in it. For example, a more powerful bow you can get for Green Arrow is called “The One That Took Slade’s Eye,” referring to what happens to Deathstroke on the hit CW show Arrow.

Having seen many interviews with creative director Ed Boon and even met him personally at a recent launch event in Toronto, it’s quite clear that he and his team have a great passion and understanding of DC Comics. That, along with their mastery of the fighting game genre, has helped produced one stellar package here. With a solid and balanced roster, compelling loot-based Gear system, a rollicking good fun campaign and a multitude of game modes, Injustice 2 is a top-notch fighter and one of 2017’s best games.