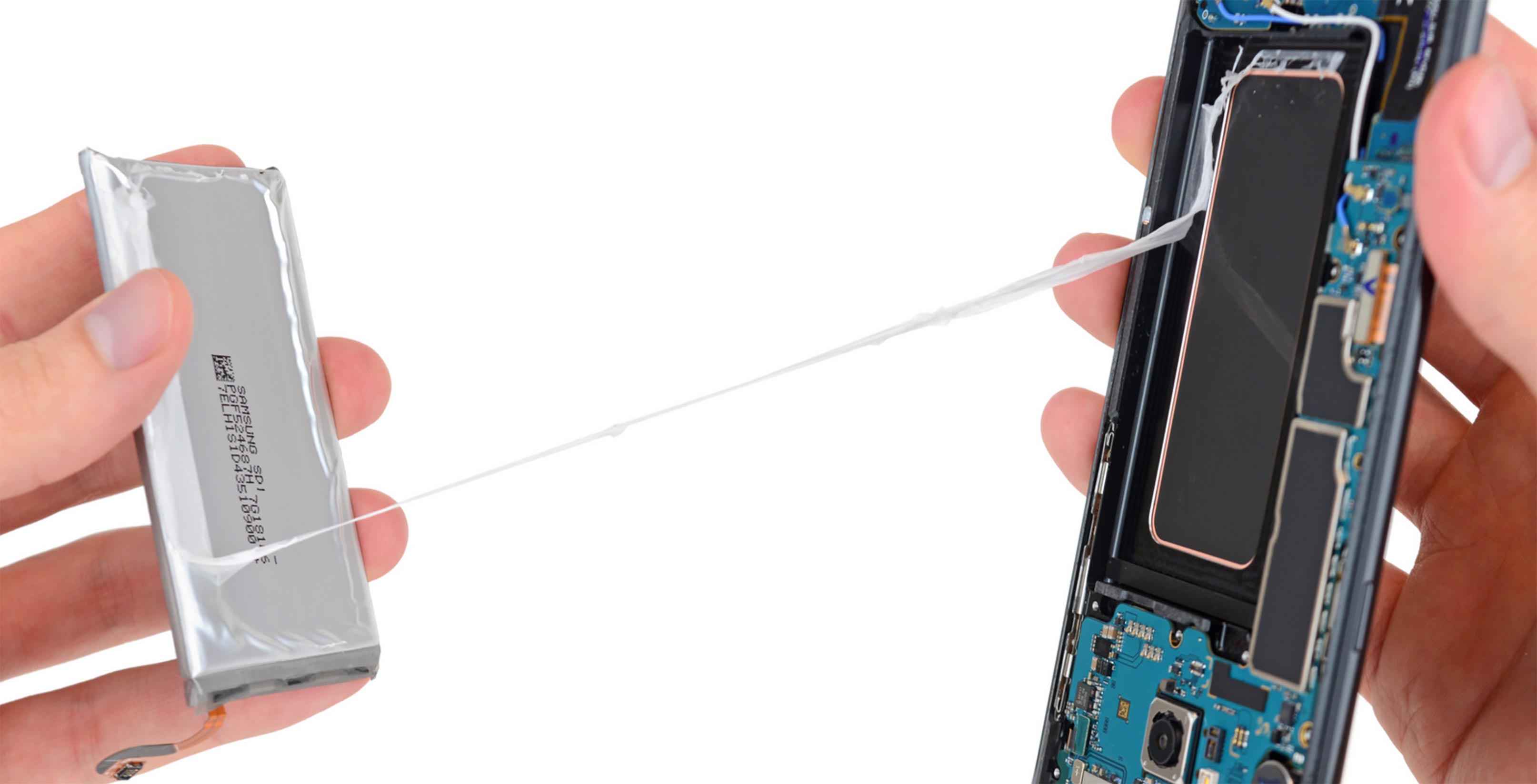 Now that consumers are getting their hands on the Samsung Galaxy S8 and S8+, iFixit has released its official ‘teardown’ of the two phones, revealing what’s under the hood and how easy the devices are to repair.

In comparison with its predecessor, the Galaxy S7, the S8 and S8+ both gained a point for repairability (climbing to a fairly dismal 4/10), but is otherwise exceedingly similar to the previous S generation and the ill-fated Note 7.

To begin with, the teardown experts pry open the Galaxy S8+’s casing with some difficulty, noting that the glass rear panel “saved Samsung the engineering effort that goes into integrating antennas into a metal-backed phone, at the cost of durability and repairability.” 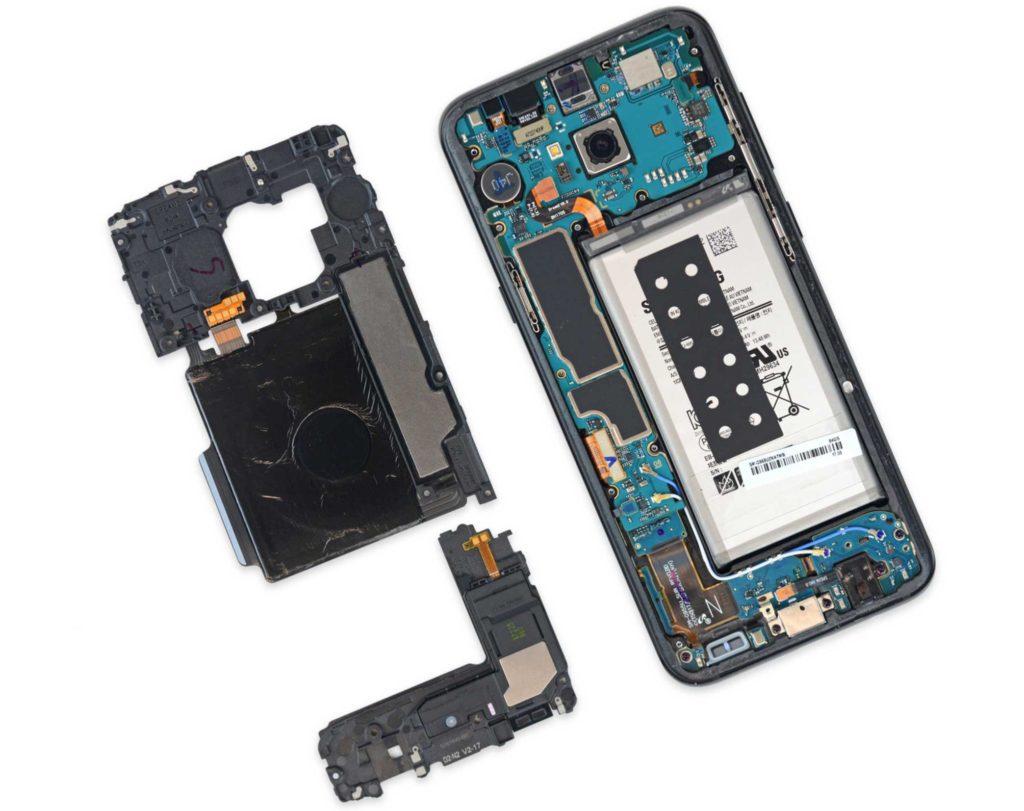 Inside, it’s revealed that the rear glass panel houses the modular fingerprint sensor, with a short cable tying it to the motherboard that pulls free safely with the rear panel.

Next up is the midframe, which comes it in pieces (similar to the S7 and S7 Edge). The part of the midframe that contains the upper antenna assembly and NFC/wireless charging panel likely also performs Samsung Pay functions, iFixit noting that it presumably uses the coil as an electromagnet to “act as a credit card strip would on a card reader.”

Frustratingly, even after the Note 7’s combustion issues, iFixit shows the battery is firmly adhered and points out that this needn’t be the case, referring to the Google Pixel and iPhone 7 as examples. The publication also notes that Samsung Galaxy S8+’s battery voltage, capacity and design tolerances are identical to the Note 7 — meaning the company must be certain the issue was a manufacturing quality assurance issue. 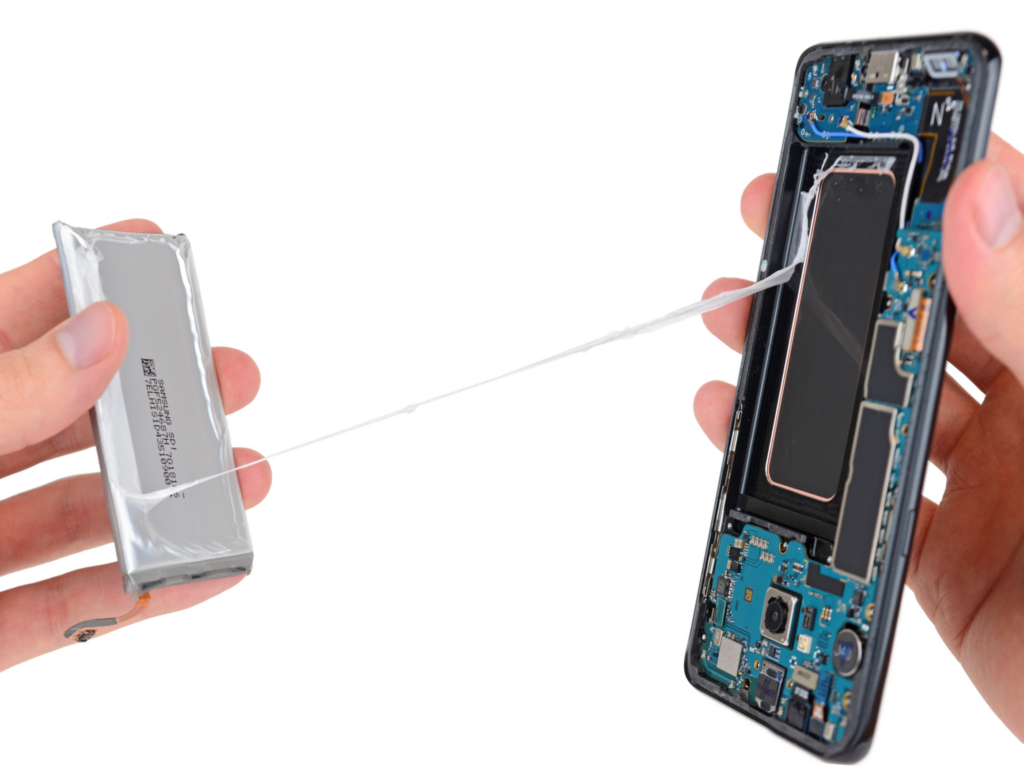 At the motherboard level, iFixit notes that not much has changed with the rear camera setup between the S8 and S7 generations, apart from some minor refinements.

On the I/O daughterboard, iFixit notes a considerable amount of ingress proofing, earning the phone its IP68 score, and also commends Samsung for the S8’s modular headphone jack, which allows for easy replacement.

Interestingly, the publication’s hunt for the virtual home button led to nothing, revealing no pressure sensor under the display cabling.

Meanwhile, the S8 teardown reveals a miniature version of the S8+ — as iFixit puts it: “It’s like someone left the S8+ in their pocket on laundry day and it came out of the wash slightly shrunken, but no worse for wear.”

For more detail check out the full teardown, available here.