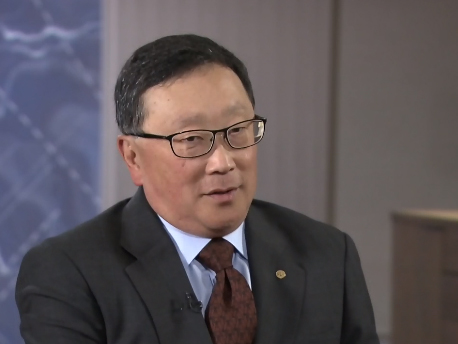 On September 28th, 2016, BlackBerry announced it will no longer produce its own handset hardware, following a $372 million USD Q2, 2017 net loss.

“BlackBerry is no longer just about the smartphone, but the smart in the phone,” Chen states in the post.

“Through this strategy, there will continue to be BlackBerry-branded devices in the market; when you see our logo it means security, from our class-leading enterprise software to devices secured by BlackBerry software,” adds Chen.

Chen has said a number of times over the years that BlackBerry will stop making its own smartphone hardware if the company could not find a way to make that segment of its business profitable again, leading him to state that, contrary to how it may seem to the casual observer, “This is not a new direction for BlackBerry, but a continuation of our strategy.”

As examples of the ongoing strategy, he references the company’s recent release of the TCL Corporation-made DTEK50, and the fact it recently made its Hub, Calendar and Password Keeper applications available to all Android users.

Chen wraps up the article by teasing the release of BlackBerry’s newest iteration of its OS, BB 10.3.3, and assures current customers they will see continued support and repairs of in-market BlackBerry devices.