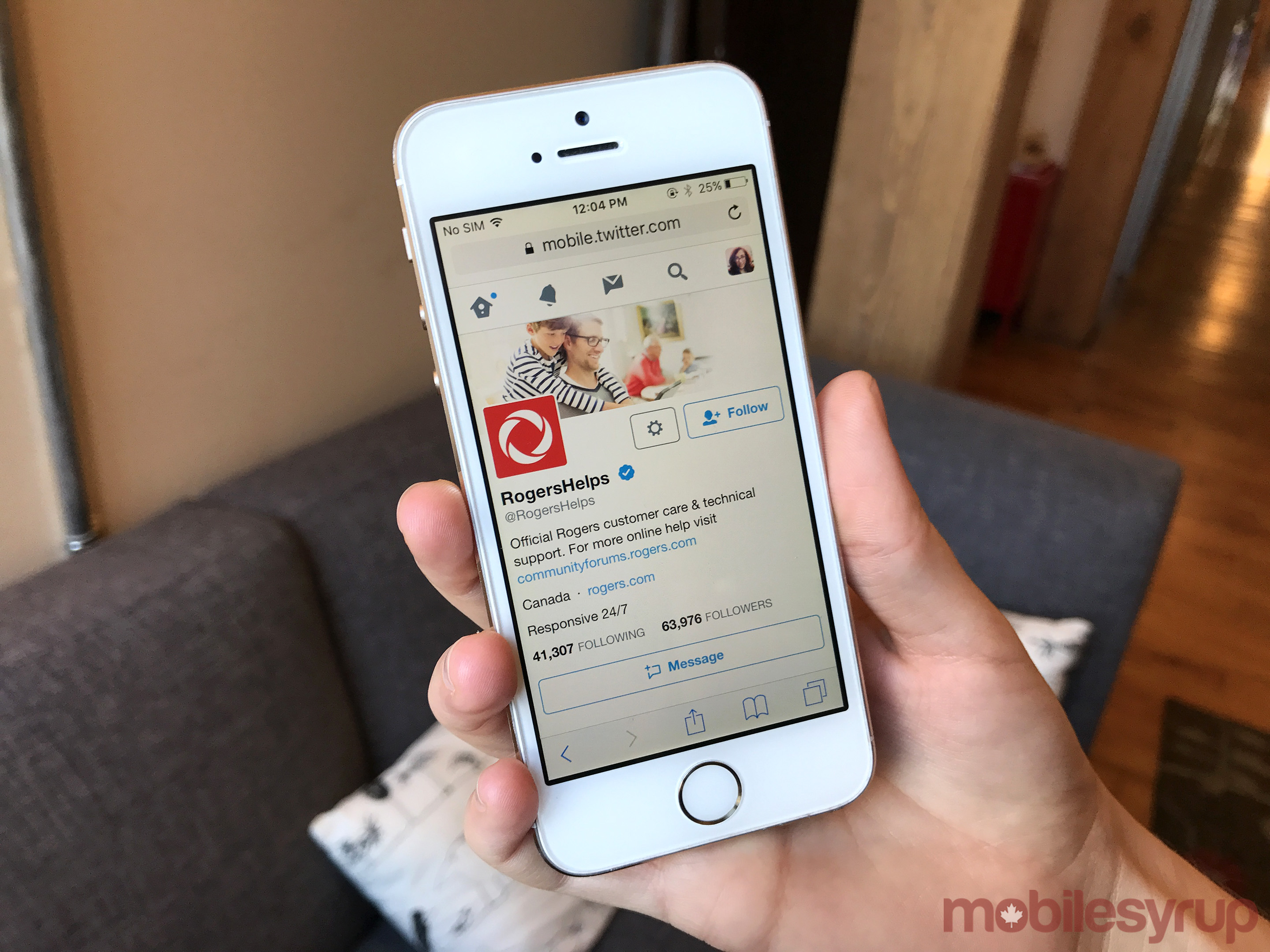 In December 2015, Rogers became the first global telecom to provide direct customer support through Facebook Messenger. Now, less than a year later, the wireless carrier is doubling down on its commitment to social media support and is becoming the first company in Canada to debut a set of brand new support features on Twitter, a platform the brand’s been active on since 2007.

“We’re finding that this is a way customers are used to interacting with their friends and family, so it’s an easy way for them to interact with us, and a very comfortable way for them,” Deepak Khandelwal, chief customer officer at Rogers told MobileSyrup in a recent interview. 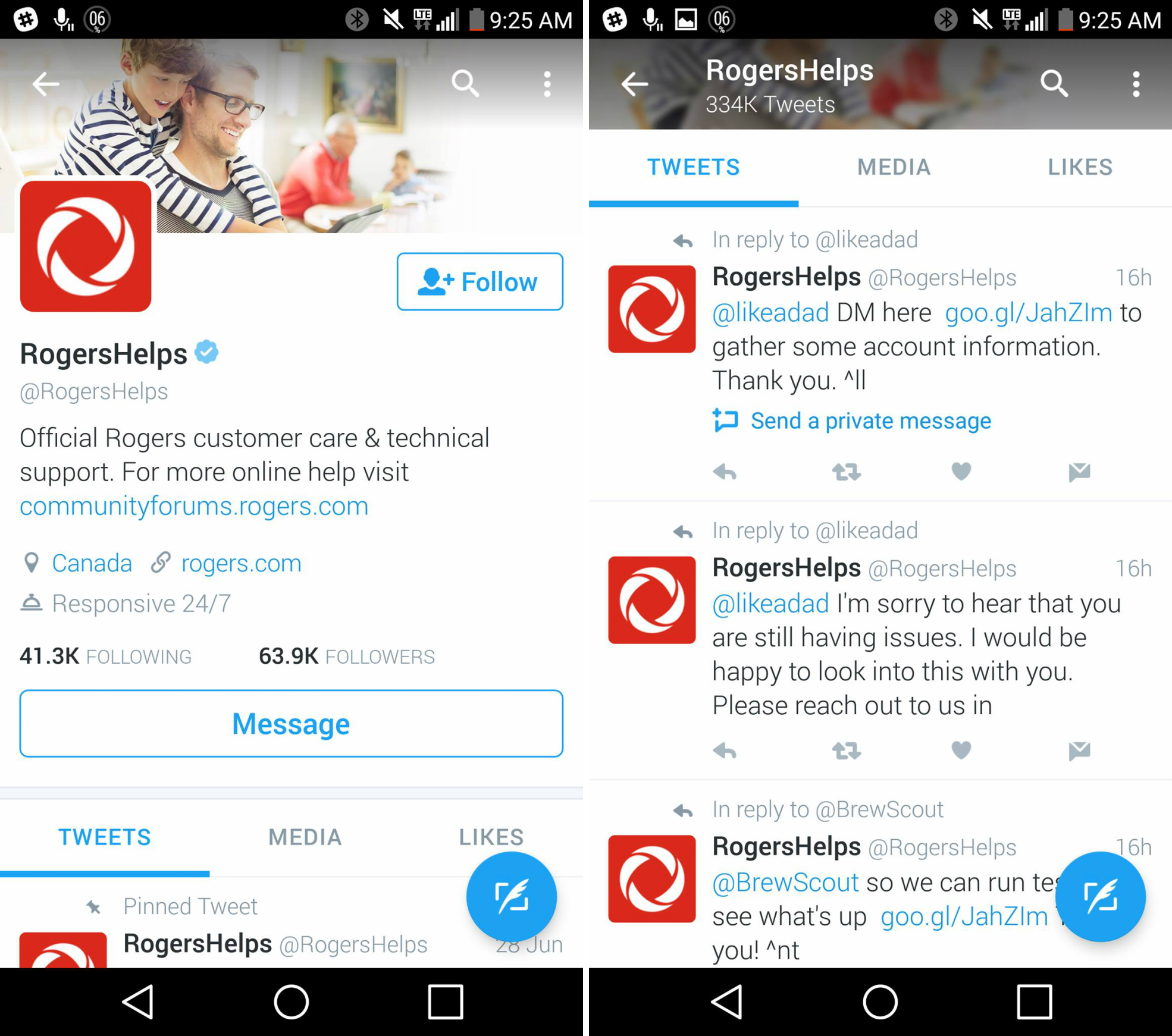 Rogers and other partners — including Apple, Sprint and United Airlines — contributed to designing the new Twitter features, which are available for any business to enable starting today.

The features include a large button under the company’s follower count that opens direct messaging with the brand, encouraging users to take their conversations offline, a feature that has clear benefit for brands looking to reduce bad publicity.

Twitter has also now given brands the ability to tag their account with a ‘Provides support’ detail which shows up in places where users might first find the account, such as in search results.

Additionally, there’s a tag under the bio information shows the hours the account is staffed to provide support. The new features can be turned on in settings for any business starting today. In Rogers’ case, the social media team operates 24/7.

Though Khandelwal couldn’t divulge how large his social media team is, he did state that it had doubled in size over the last year following positive responses from customers who dealt with the brand on social media.

“Customer satisfactions scores once they come through social media went up by 65 percent once we did the Facebook Messenger launch,” he noted.

But despite Facebook being one of Rogers’ most important online support platforms (Khandelwal says it’s tied with Twitter and the community forums on its site), Rogers has no plans to make a chatbot like many brands on Messenger.

“We’ve found that interaction scores are very good,” said Khandelwal, “So we’ll continue that as our focus today, with live humans.”

As for new platforms like Snapchat, Khandelwal say it’s a possibility.

“We continue to look at where customers are and we will keep that in mind. The goal for me is to be where our customers are and in the ability to self-service is very important, so we constantly look at that.”

Khandelwal believes a large reason behind the popularity of Rogers’ social media support is the ability for customers to self-serve and resolve issues in their own time. The process, he said, is less painful due to the fact that they can continue a conversation seamlessly over time without having to actively wait on the line with a customer service representative.

“No one wakes up in the morning wanting to call their phone company,”  he added. 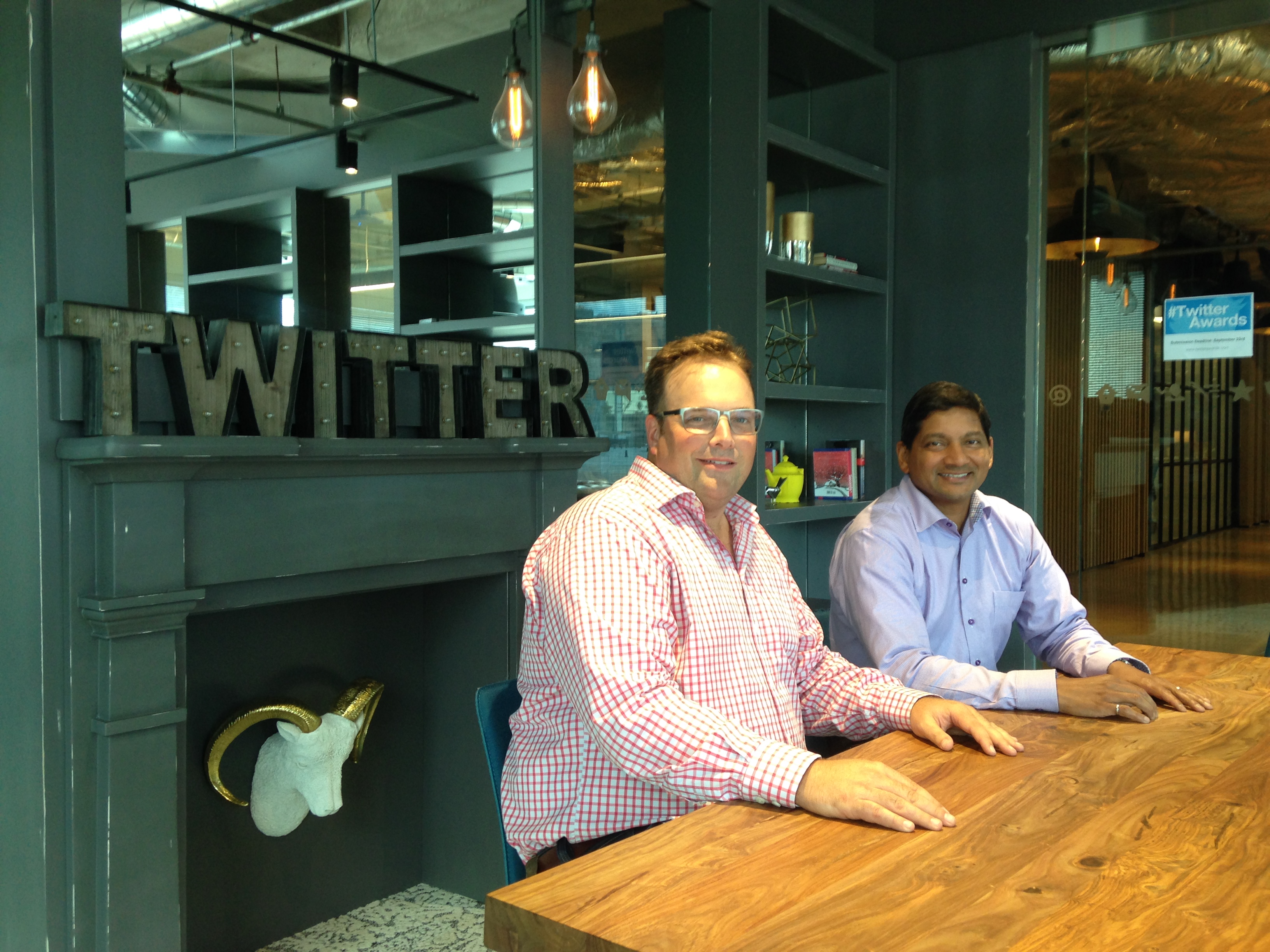 But while the brand’s social media strategy seems to be working well, you wouldn’t know it from the replies section of its Twitter profile. As one of Canada’s Big Three telecoms, Rogers gets its fair share of licks.

Khandelwal admitted this was true, but stated overall everything was going well, citing the fact that under his leadership, complaint volume from Rogers customers to the CCTS is seeing a continuous drop, with a 26 percent reduction in 2015 alone.

“I think the negative things get blown up, but in reality, customers are increasingly happy with the support we’re providing,” he said.

No more waiting. With Twitter Direct Messages, you can live your life while we answer your questions.https://t.co/ruljqaJQz3