Today, Canada’s largest wireless carrier, announced what is calls a “global first” by enabling its subscribers to connect through Facebook Messenger to access customer service representatives.

Already noted for its accessibility through Twitter, Rogers began engaging with customers through social media as early as 2010. With Facebook’s recent push to make Messenger a platform both for consumers and business transactions (it is testing a algorithmic assistant called “M” in the US), Rogers is taking advantage of that growing scale.

With the service, which is accessible by tapping “Message” on the company’s Facebook page, customers can make changes to an account or inquire about billing issues, as well as make changes to plans or add and remove features, without needing to call a customer service agent. 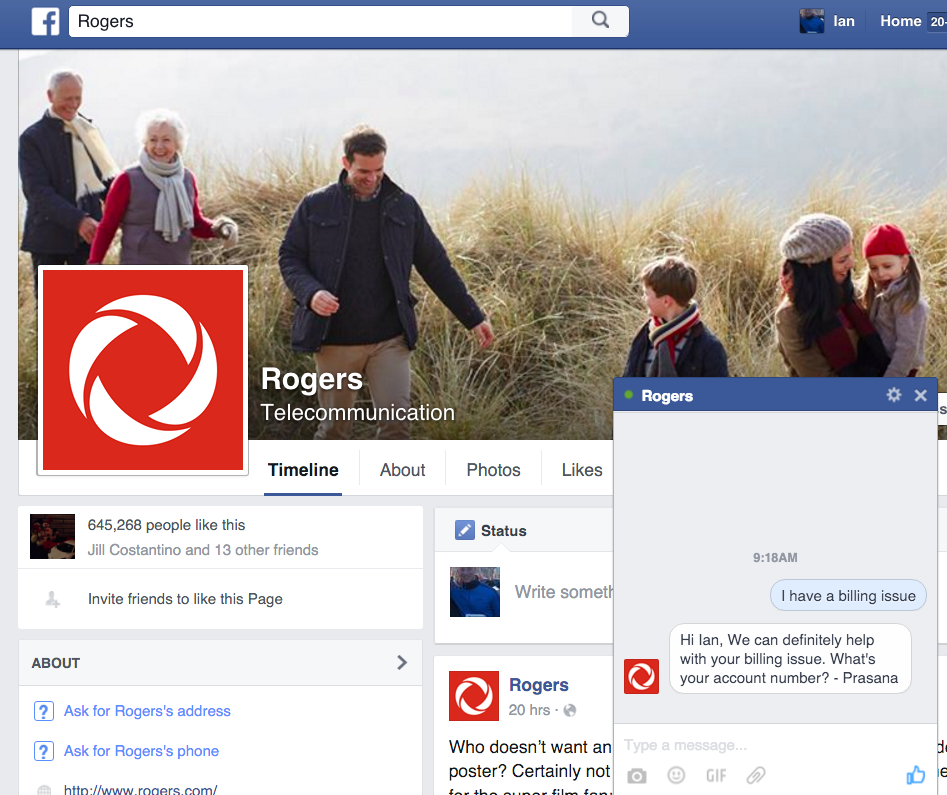 Guy Laurence, President and CEO of Rogers, said in a statement that the company wants to provide “the best self-service in the world and that’s what we’re doing.” The option for customers to connect through Facebook Messenger is available between 7am and midnight every day from their mobile device or desktop. The initiative reportedly came from a conversation Laurence had with Facebook’s Chief Operating Officer, Sheryl Sandberg.

Jordan Banks, Managing Director, Facebook Canada, said, “Telecommunication companies receive a high volume of questions on Facebook. Self-serve is the future and it’s clear that Rogers is leading the charge.”

The initiative, which is part of Laurence’s so-called “Rogers 3.0 Plan” comes as Rogers is attempting to overhaul its customer service promise. The latest report from the CCTS revealed that customer complaints decreased 23.7 percent in 2015 compared to a year earlier.