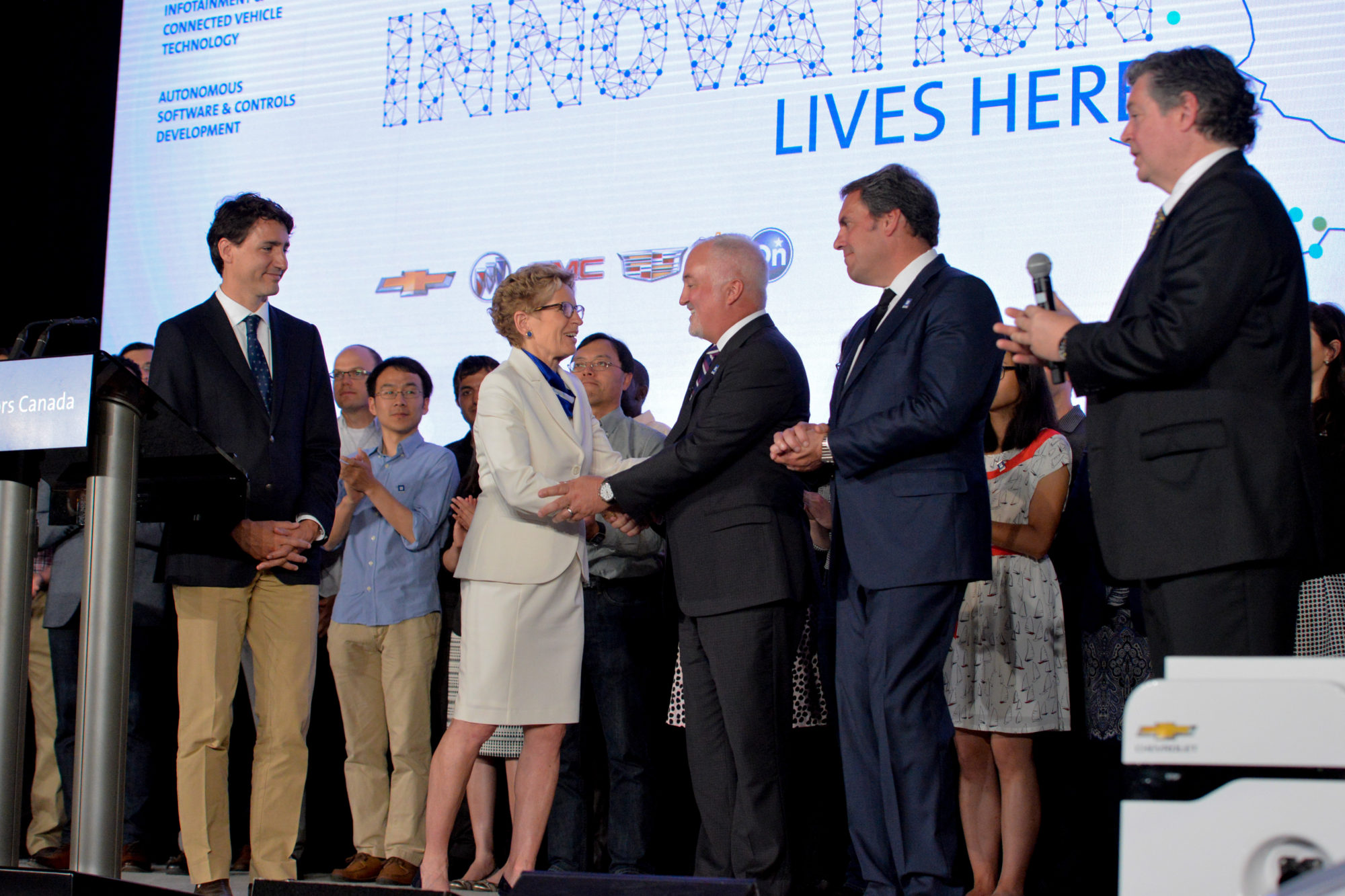 What represents Canada? A number of things probably come to mind, including maple syrup, snow, and the one language quirk that no one can forget about, eh? What never comes to mind when envisioning Canada is cars.

The philosophy of mass auto manufacturing is simple. Build the price up and keep costs down. According to automotive expert and blogger Steven Wade, well known brands like Toyota, Volkswagen, Honda and Mitsubishi face constant pressure to continue improving their vehicles while keeping them affordable.

That kind of mentality never played out for plants that were established in Canada because manufacturing costs are simply higher here than in other regions, and the automotive industry has a vague enough presence that reducing costs is extremely difficult.

Approximately one month ago today, General Motors Canada made a stunningly bold announcement – the largest Canadian auto hiring announcement in the last ten years. GM Canada committed itself to hiring at least 700 and up to 1,000 engineers to join its growing innovation team, all with one goal in mind.

Each of these new jobs will be dedicated to the research and development of new automotive technologies, specifically electric, connected and autonomous cars.

“Our whole goal is to make that technology mainstream as soon as possible,” said GM Canada President Steve Carlisle, who was front and centre during the massive hiring announcement that featured both Prime Minster Justin Trudeau and the Premiere of Ontario, Kathleen Wynne.

This represents a massive shift not only in the role of car manufacturing in Canada, but in Canada’s role in car manufacturing around the world. This country’s automotive industry has gone from almost bankrupt in 2009, surviving only after accepting a $13.7 billion government bailout, to pledging to hire 1000 highly skilled workers to put the car of tomorrow on Canadian roads.

“We struggled as a country to commercialize R&D and innovation, and we struggle to scale startups as well. What this gives us an opportunity to do is demonstrate that we can bring a product from a lab out onto the road,” he said.

GM lost approximately 1,000 jobs last year when the production of the Chevrolet Camaro moved from Ontario’s Oshawa plant to Michigan. Even more recently, CTV News reports that Prime Minister Justin Trudeau pled with Japanese automakers to open up plants in Canada, once again citing labour costs are the culprit. 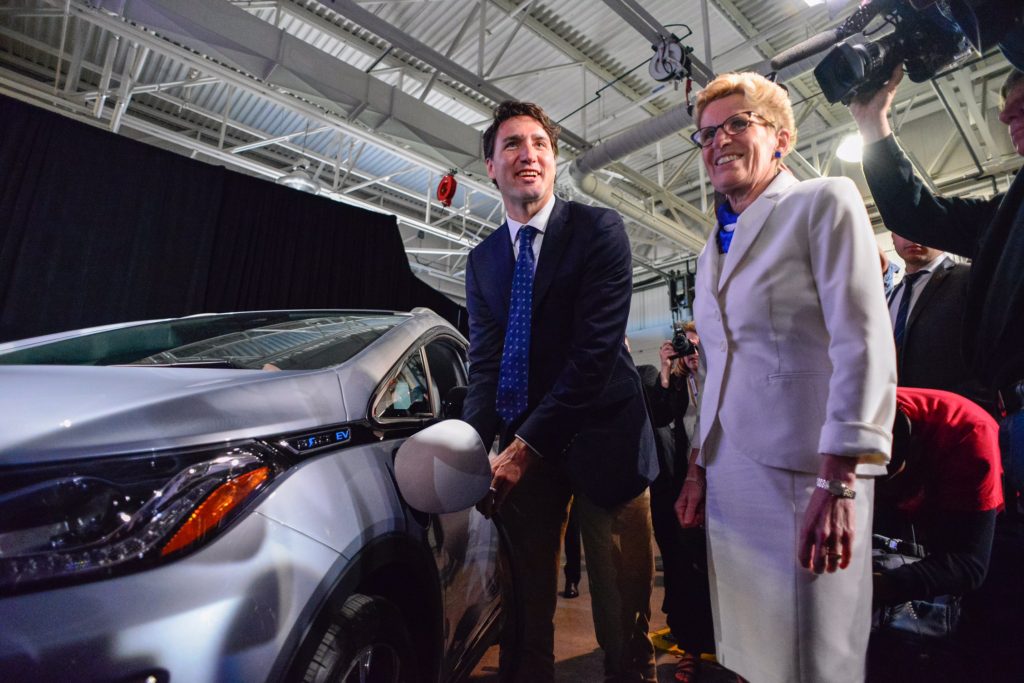 So, why does moving into the luxury market help solve this problem? GM Canada’s ambitious hiring announcement proves that Canadian automakers are trying to create an opportunity to produce high-end products. Because luxury vehicles are produced at marginally higher costs and reap higher returns, this is a chance to make Canadian auto manufacturing lucrative again without breaking the bank on labour costs.

In addition to its extraordinarily public commitment to research and innovation, the company announced the launch of an Automotive Software Development Centre in Markham, where it will dedicate approximately 300 jobs. If GM Canada can invest its resources differently and reap larger profits as a result, it can sustain local production on the wings of local talent.

He concludes, that if Canada acts quickly enough, it can play a major role in how autonomous vehicle technology will affect transportation around the world. While autonomous vehicles represent a huge leap in mobility technology, Carlisle also adds that “it opens up new pathways to participate in the auto sector.”

While this doesn’t entirely answer the pleas for job security among those working on Canada’s auto assembly lines, which have been dragged through unfortunate losses in the last few years, it is a start.

Carlisle elaborates by saying that autonomy is simply the goal, while implementation is the mission. “Now where is the best place in the world to deploy those resources?” he asks. Canada presents itself as a promising option for several reasons. Not only does Ontario have the highest concentration of well-regarded engineering schools in Canada, but the unfavourable cold weather detested by many Canadians proves a useful testing ground.

“That’s why I’ve been out to the schools,” said Carlisle. “We have been recruiting… Canada has the opportunity to be the friendliest jurisdiction in the world for development.”

He insists that initiatives such as this one will pull the “350 to 450 thousand expatriate Canadians,” working in Silicon Valley back home to Canada. In order to attract promising talent, he says, Canada needs to offer promising work.

Driverless cars seem to be more than an automotive endeavour among automotive companies, however. BlackBerry and Magna International are examples of two other Canadian companies willing to explore and capitalize on this trend. Outside Canada, tech giants like Google and Apple have expressed interest in joining the race to autonomy.

What once looked like competition between tech and auto ultimately proved itself to be an opportunity for collaboration. As Google partnered with Fiat Chrysler and Toyota partnered with Uber and the world realized that maybe no one has to be the sole manufacturer of autonomous vehicles. With hardware and software companies working together, everyone can get on board.

While an interesting turn of events, this doesn’t necessarily limit the competition. Questions still linger about who will dominate this space and determine the standard for autonomous vehicles. 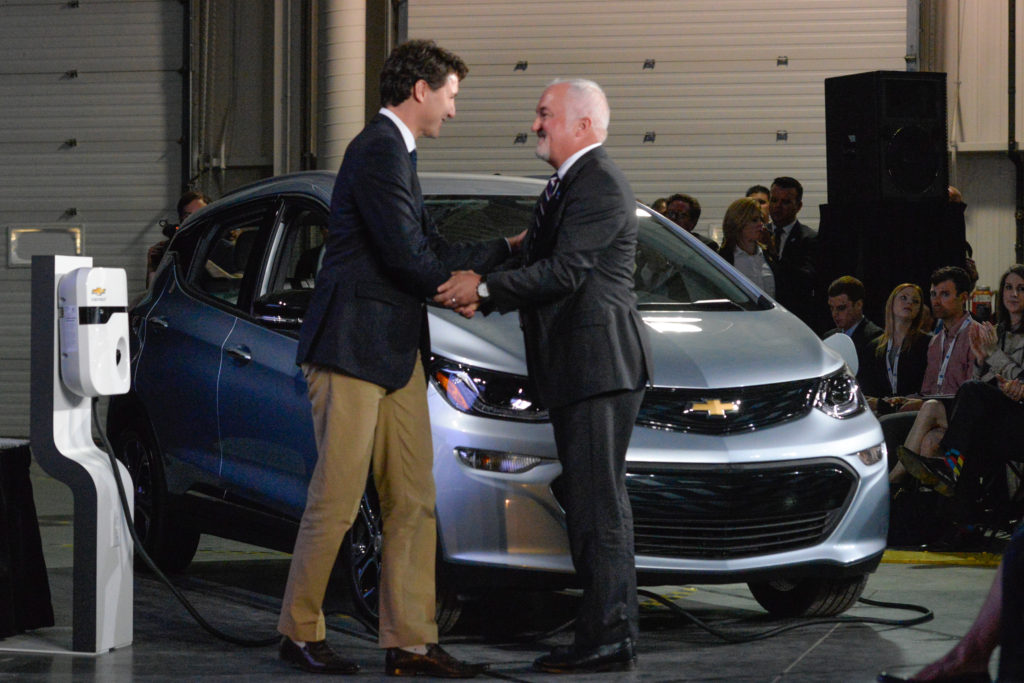 “I see it as a healthy competition,” said Carlisle. “I think a lot of people, maybe most, see this as the future.”

Whether they know it or not, customers are already used to some level of autonomy, which seems to be inching its way into several aspects of daily life. Vehicles themselves already incorporate basic iterations of autonomous driving, beginning with simple things like cruise control and automatic breaking and gear shifting.

Despite this, many have trouble with the idea of giving up control entirely. Carlisle argues however, that customers are slowly warming up to the idea.

“We start always by putting the customer at the centre of everything that we do. The fact that our global company is focusing on those items is a reflection of how we see the customer need evolving in the future,” he said.

He insists that, while most of the excitement surrounding this announcement comes from the mystique of driverless cars, all three components – connected, electric and autonomous cars – will be focused on equally.

What’s perhaps most interesting about this announcement however is the solidarity shown by the Canadian government with a large, private company. Though this has largely to do with the promise of employment, it’s also the first time multiple levels of government have come together to stake their claim in the driverless movement.

When the status of driverless cars shifted from an if to a when, the responsibility unintentionally fell to the level of government responsible for managing transportation – the municipalities. While this seemed like a natural course of events, municipal governments may not have the resources and ability to mitigate the integration of such a disruptive movement.

It quickly became clear that provincial, and even federal, involvement was required to make the transition to autonomous cars as smooth as possible and to ensure that Canadians could actually benefit from them.

“It’s a big opportunity to anchor this kind of work in economic activity to the benefit of consumers,” said Carlisle.

It’s important to note however that Ontario previously passed legislation allowing corporations to apply for testing autonomous privileges on Ontario roads. While Carlisle says his team used the program as a selling feature for Ontario, it’s yet to receive a single application.

In the long run, though autonomous cars show up in headlines more and more, they’re a long way off. Though companies like GM and Google are already in the testing phases of autonomous technology, integration will prove the longterm challenge. 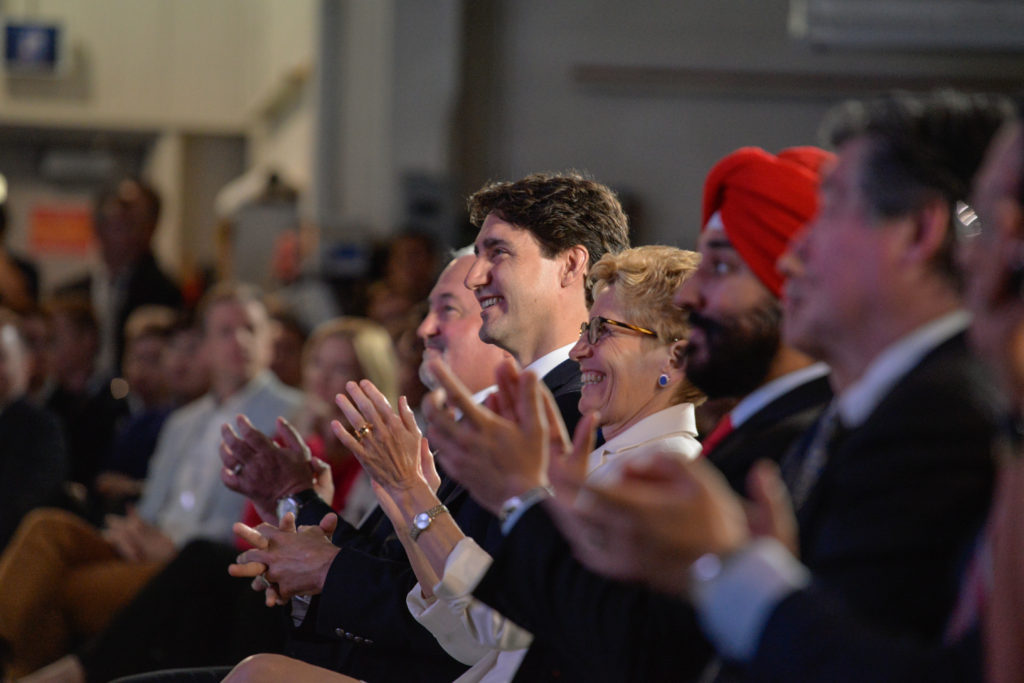 The question that’s yet to be answered is whether or not consumers will accept them, and exactly which aspects of our daily lives will change if they do.

Carlisle concludes that, “I think you’ll see it changing under your nose today.”

University of Toronto has an online course on self-driving cars