$1,125 listing for PlayStation VR shows up on Amazon Canada

Update: In a statement sent to Forbes, Sony said the following: “This was an error by Amazon, we haven’t announced price for PlayStation VR.”

Yesterday we learned that the Oculus Rift is set to cost an astounding $914 in Canada, and today, thanks to a leaked listing on Amazon Canada, spotted by Forbes‘ Paul Tassi, it looks like the PlayStation VR is set to cost $1,125.35 in Canada. This amounts to approximately $799 USD (this price will change with the fluctuating dollar).

Product specifications listed on Amazon indicate the PlayStation VR will feature a 5.7-inch 120Hz OLED display with a resolution of 1920 x 1080. The listing also boasts about PlayStation VR’s “Super Low Latency,” stating that Sony has “reduced latency to less than 18ms, about half of what the first PlayStation VR prototype had.” 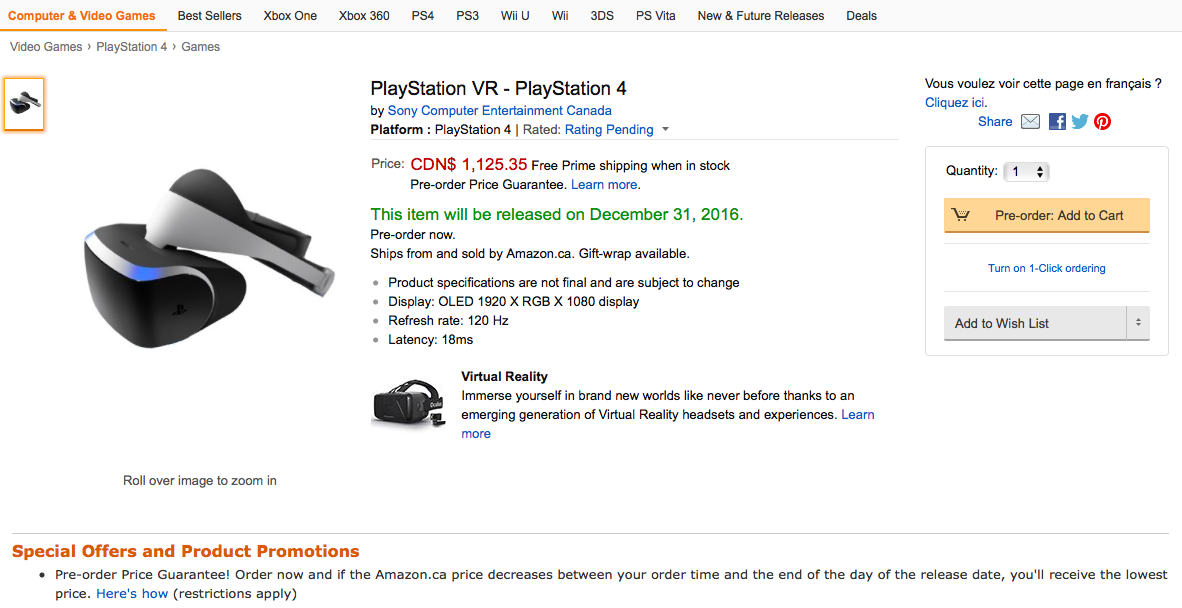 The listing also indicates that PlayStation VR will go on sale in Canada, and presumably North America, on December 31st, 2016. Given the generic nature of this release date, it’s more than likely a placeholder.

Since this looks like a leaked listing, it’s unclear if this is the suggested MRSP price for PlayStation VR, or the headset’s actual final retail cost. It’s likely in Sony’s best interest to heavily subsidize the price of PlayStation VR, which could mean the headset’s final price point will be significantly lower. 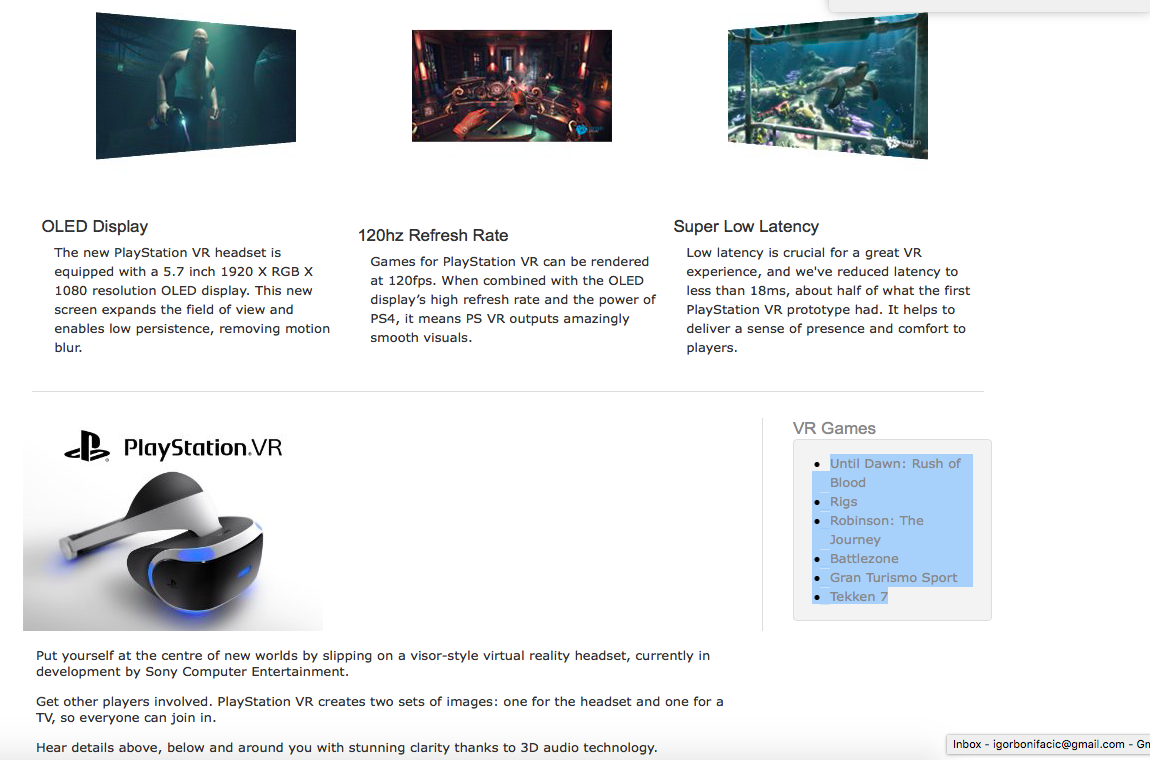 In comparison to other full-fledged VR headsets like the Oculus Rift and HTC’s Vive, which both require a high-end PC to operate, PlayStation VR only needs a PlayStation 4. With PS4 bundle prices falling in the $400 to $500 range, many people see PlayStation VR as a more affordable way to get into high-end virtual reality gaming.

We’ve reached out to Sony Canada for confirmation regarding PlayStation VR’s Canadian pricing.