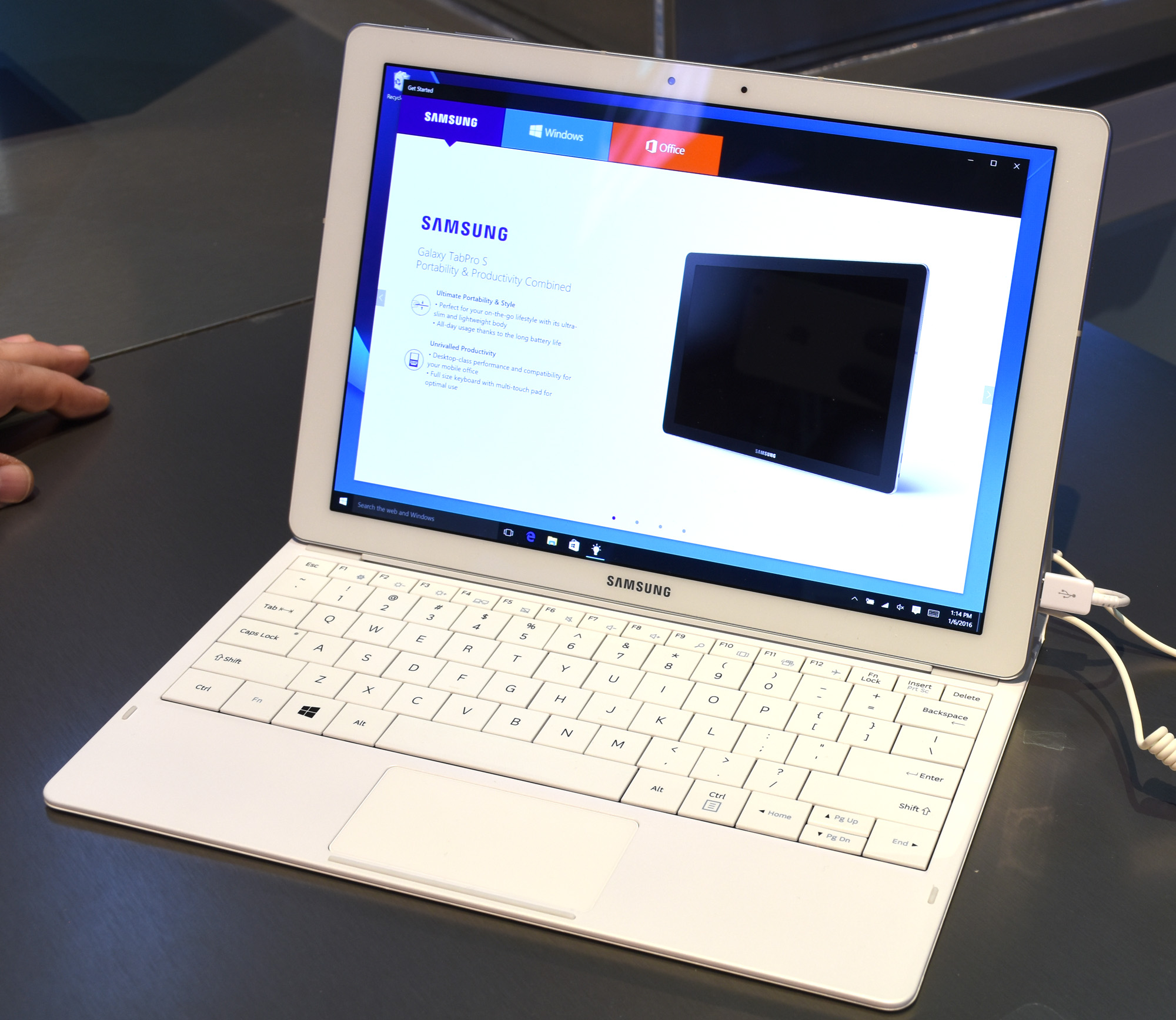 In unveiling a tablet clearly aimed at productivity, Samsung is trying to right a wrong from the past and raise its hand to consumers to let them know it can play in the same sandbox as Apple and Microsoft.

The Galaxy TabPro S is a concoction of many devices. This one strongly resembles the previous Android-powered TabPro that had been unveiled at CES two years ago. That device, which came in different sizes and storage options, muddied waters that never flowed to begin with. Though Samsung never revealed sales figures, it wasn’t hard to imagine them being dismal, leading the company to forgo trying again in 2015. Unsurprisingly, it gave way to the more focused Galaxy Tab S line a few months later. 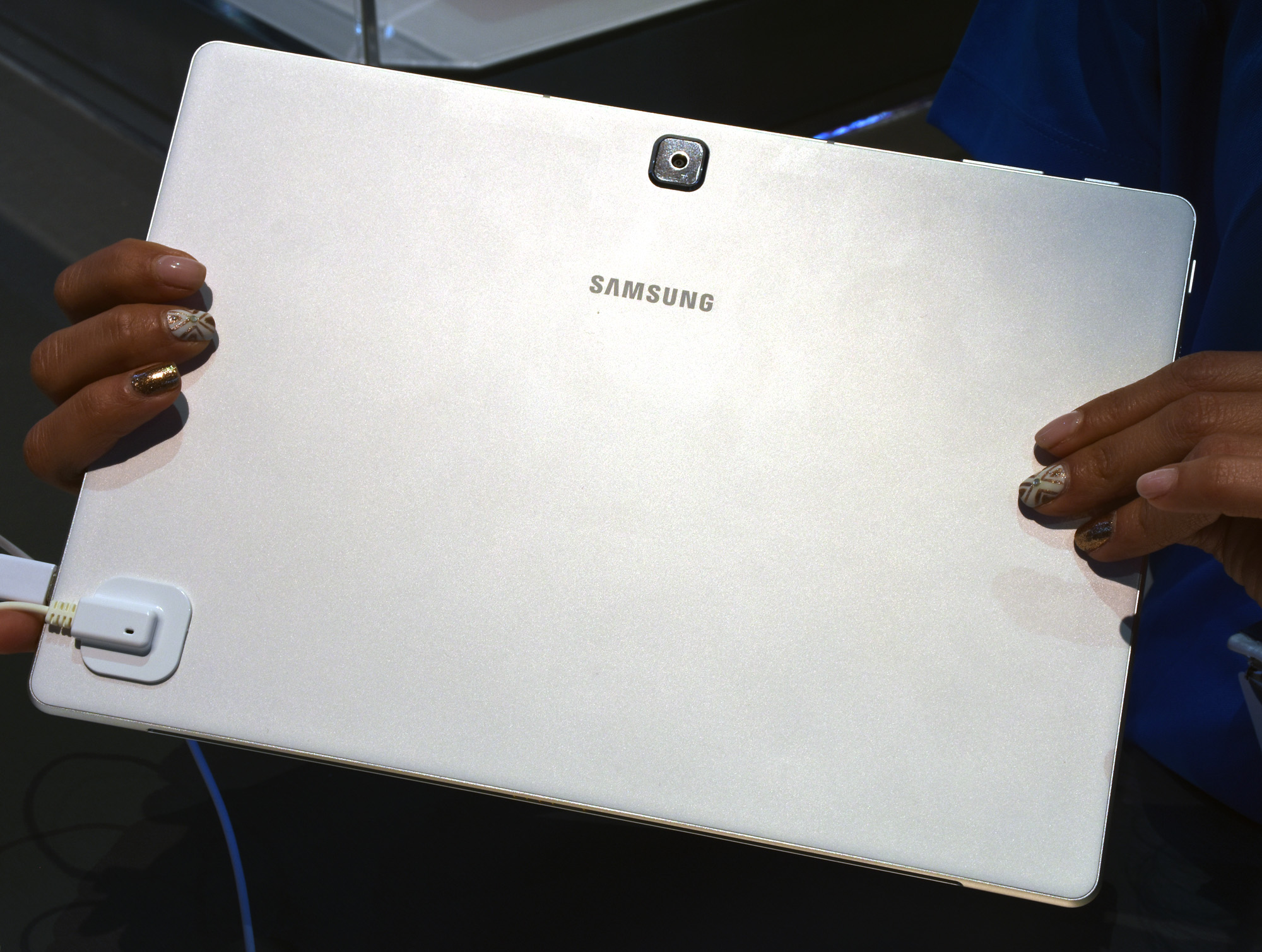 And so, it’s back at it again, even bestowing the coveted Galaxy moniker on a non-Android device. In running Windows 10, Samsung is taking a calculated risk by adopting an OS that is better suited for the productivity image the TabPro S is supposed to convey. The Galaxy affiliation is there to lend brand recognition. Calling this the AtivPro may not have resonated as well.

It’s no accident this comes on the heels of Apple’s iPad Pro, Microsoft’s Surface Pro 4 and Google’s Pixel-C, all positioned to be the next best thing in mobile computing. Having watched some of its previous success waver more recently, the company could use a hit on the tablet side.

Some things are interesting upon initial inspection. The 12-inch (2160 x 1440) Super AMOLED display looked bright and vibrant in such a chaotic lighting situation as the Samsung booth can tend to be.

The cover and keyboard combo that it clips onto is very Surface-esque, with a snap-on magnetic setup and low-hanging keys along a smooth and sleek keyboard. It felt fairly responsive, and the trackpad seemed to fare well upon a quick test. The rear hinge folds to give the TabPro S two viewing angles — taking it all the way back to the original Surface. Together, the two felt light to hold and carry, despite being tethered to the display booth.

The TabPro S runs on an Intel Core M processor, 4GB of RAM and 128GB of internal storage, plus NFC and GPS built-in. This will be the only SKU sold to customers, according to Samsung Canada executives, who confirmed the device will be heading soon to Canada for a currently-undisclosed price.

However, I did note that the device is bereft of ports. There is one solitary USB Type-C port and that’s it. There are no others to give the TabPro S an edge in compatibility with other devices. As is, the only workarounds will come from using hubs and adapters, and Samsung is apparently going to offer one when the device launches, but not in the box with the product. 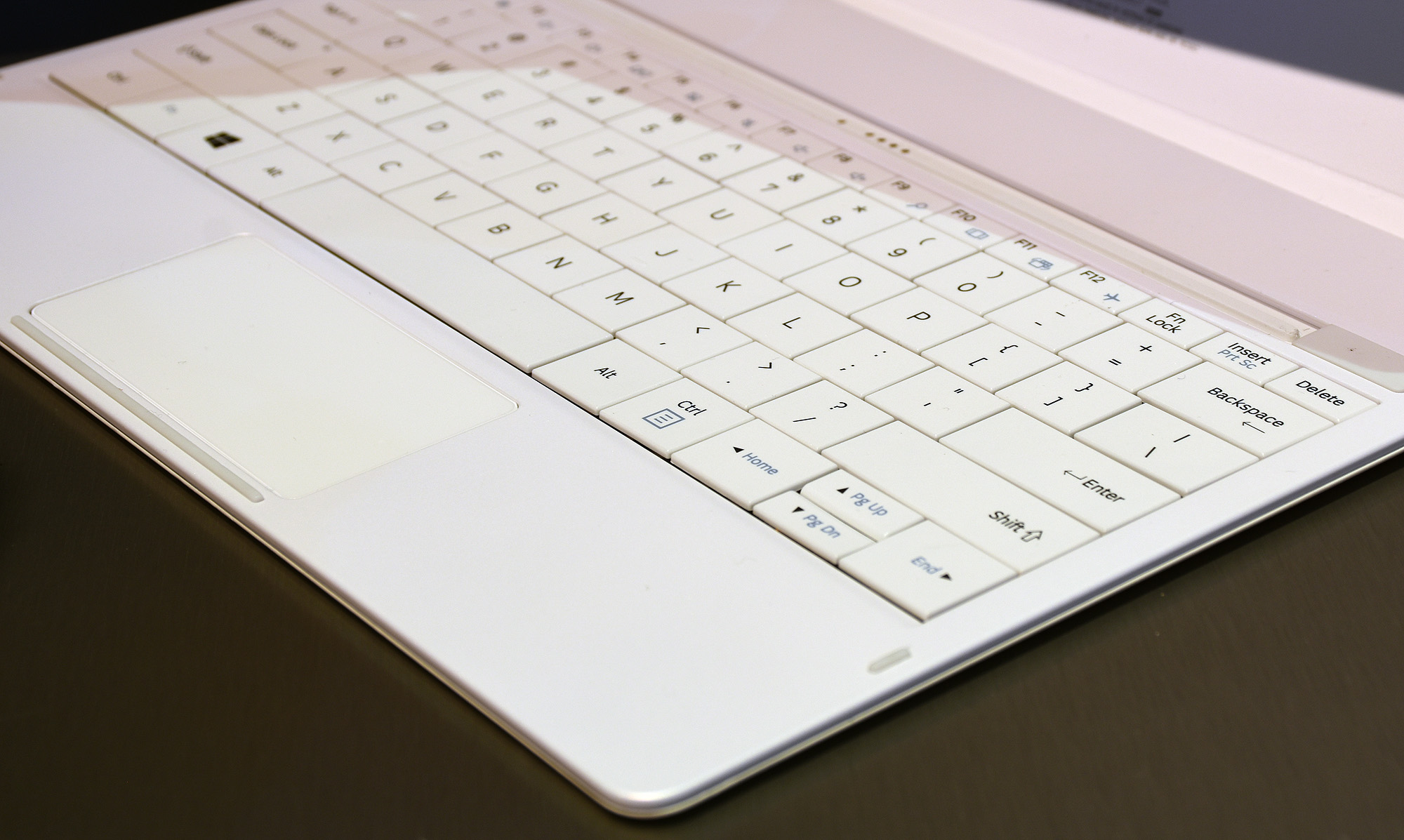 There is no fingerprint sensor, yet there are cameras on both the front and rear, which got no attention from anyone doing the demos. Instead, Galaxy S6, S6 edge and S6 edge+ users can unlock the TabPro S by using the fingerprint sensor on the handset through NFC. To sweeten the deal, doing so can also automatically turn the phone into a Wi-Fi hotspot the TabPro S can then connect to, a demo attendant at the booth told me.

Claims of 10.5 hours of battery life on a screen this bright will need proper testing to confirm, but we’ve seen with other Intel Core M-powered devices that number is indeed possible. With Windows 10 as the operating system, seeing how the battery manages Microsoft’s software will be interesting.

There are no details on pricing or a launch date, but it has been confirmed that the keyboard case will come in the box with the tablet. A stylus designed for the TabPro S will not, and will likely be similar in cost to Microsoft’s $80 Surface Pen. The inclusion of the keyboard, a surprising move unto itself, should make the final price very interesting when it’s finally revealed. Samsung has typically priced on the high end to compete with the iPad, and perhaps it will find a middle ground between all the other players.

An earlier version of this article reported that the memory size of the TabPro S would be 8GB. It is actually 4GB. We apologize for the mistake.