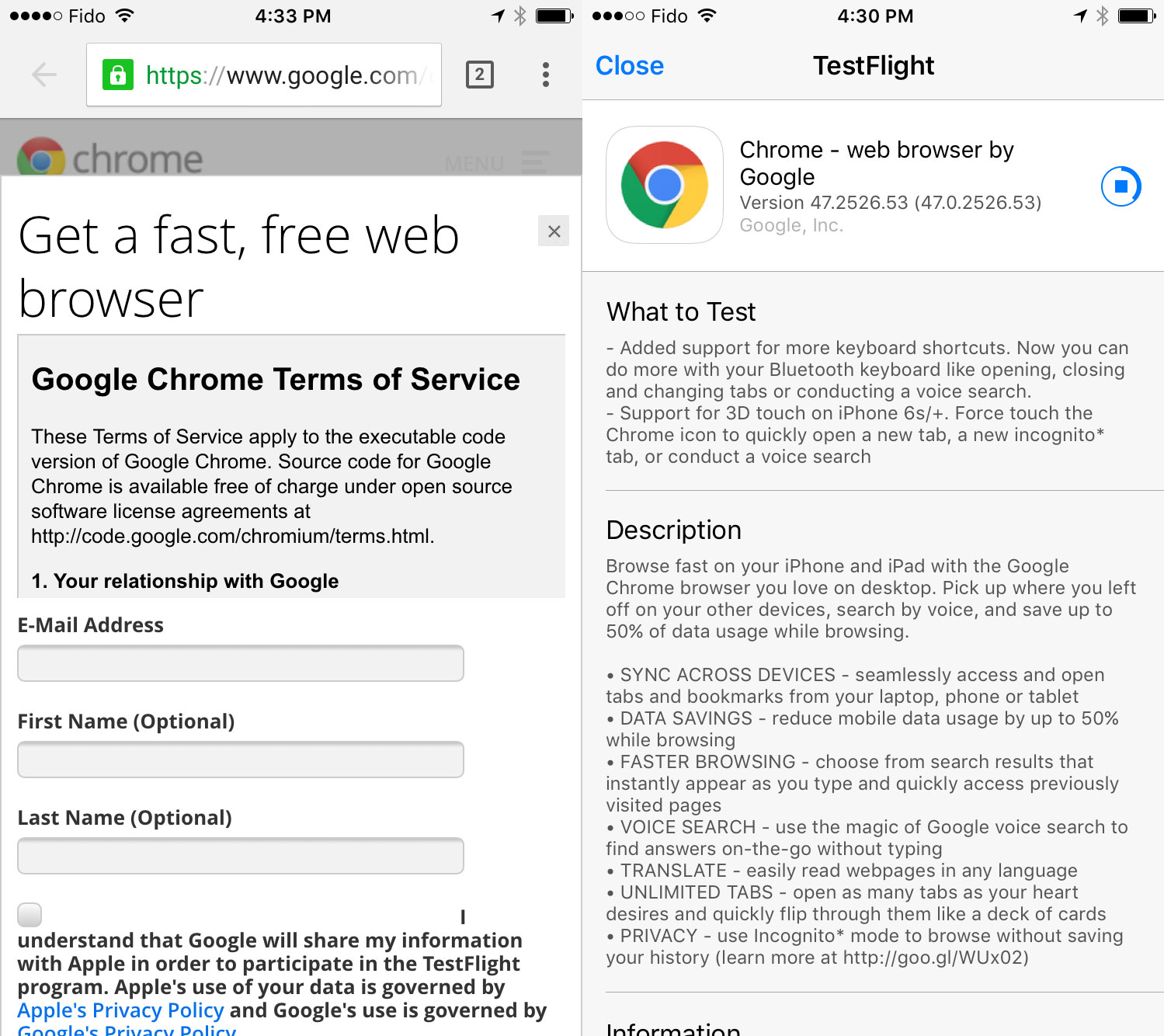 Google Chrome has become an extremely popular browser and there are many good reasons why. One factor is the browser’s rapid development rate and today Google is pushing its Chrome for iOS app one step further, bringing it inline with its Android counterpart.

Today Google launched a Chrome for iOS beta through testing platform TestFlight. Chrome has been available in beta on Android for years, so it’s nice to see Google give its browser’s iOS counterpart similar testing ground. 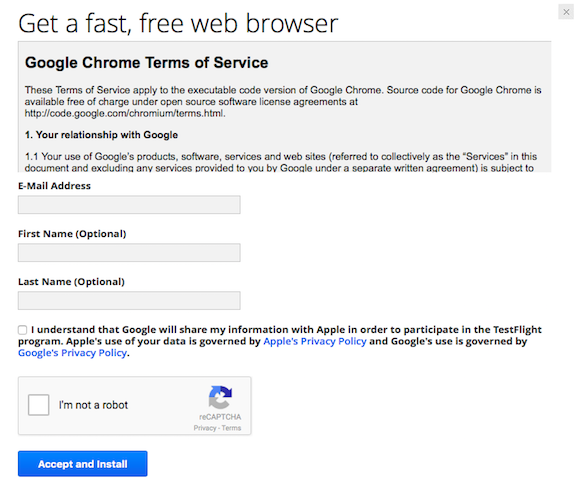 TestFlight programs typically only accept 2000 users, so get your name in quickly. Sign up at this link.