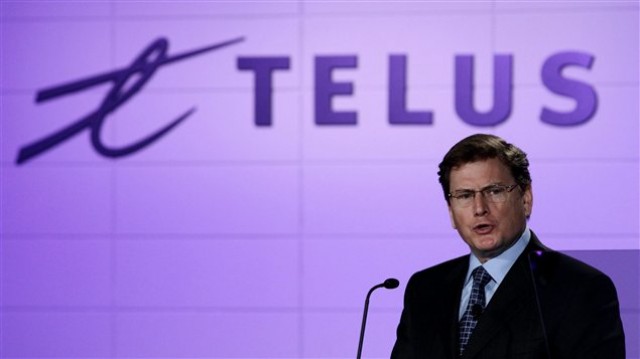 After indicating to the Board of Directors that he is unable to make the geographical move necessary to continue functioning as CEO, Joe Natale will be stepping down as chief executive of Telus at the end of the year, leaving the company he led for just under eighteen months.

Darren Entwistle, CEO between 2000 and 2014, will be returning to the post after operating as Executive Chair of Telus’s Board of Directors. According to a release, Telus’s board requires its CEO to live on the west coast, which would not have been feasible for Natale’s family until later in the decade. He will remain an executive through 2015 to ensure a smooth transition back for Entwistle.

Entwistle’s return as CEO is not surprising, as he was regularly involved in the day to day running of the company since his board appointment. Dick Auchinleck, who is CEO and President of oil and gas company ConocoPhillips, has been appointed Individual Chair. Both are in it for the long haul, according to Telus.

Telus recently announced it Q2 earnings, where it saw churn drop to its lowest levels ever and subscriber numbers rise to 8.35 million.