The next Moto G will be IPx7 water resistant 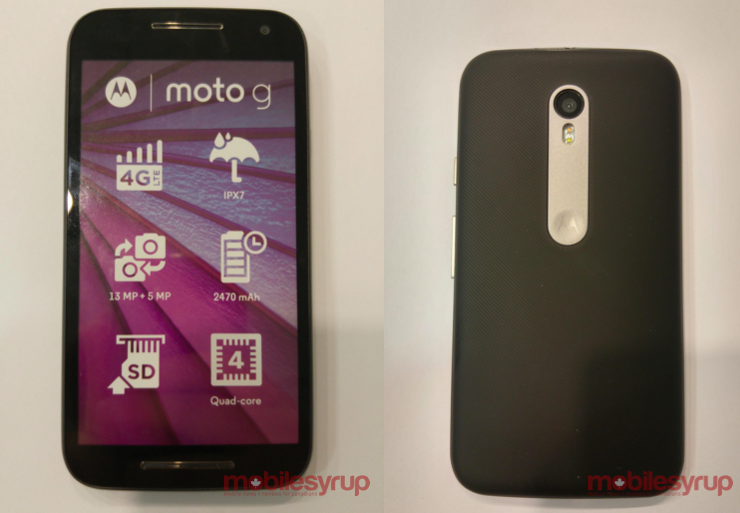 Motorola has planned a media event on July 28th where we’ll bring you all the details as they unfold. It’s expected the company will unveil new Moto X and Moto G variants. Several images of both devices have already popped up online, but we can now confirm the cheaper Moto G will be heading to Canada on at least one carrier.

These images above are dummy devices set to be displayed in-store, but there is no word on the official launch date or pricing. However, the front display confirms previously-rumoured specs of the upcoming Android device.

There are some key improvements over last year’s model. The LTE-enabled Moto G 2015 will come with a 1.4Ghz quad-core Snapdragon 410 processor, a 13MP camera with dual LED flash, a 5MP front-facing camera, and a 2,470 mAh battery. New for the Moto G series is IPx7 water resistance, which should allow slight submersion and rain or moisture exposure. The device is also expected to have a 5-inch 720p display and 1GB of RAM.