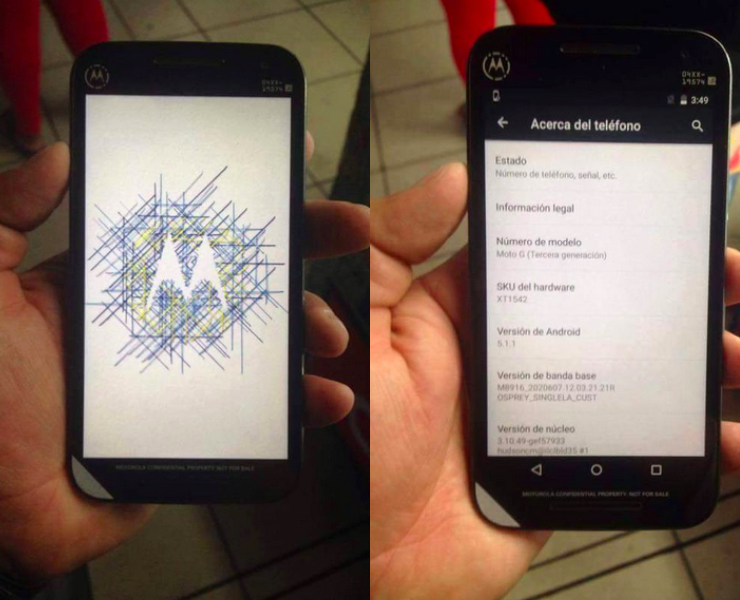 By the time July 28th comes around there will be nothing left for Motorola to unveil. A number of new pictures have surfaced that reveal the design of the third-generation Moto G.

The prototype pictures appeared via Twitter, showing the 2015 version of the affordable Android device deviating little from its predecessor. These four images resemble the press images that have already leaked and reveal a textured backing with a metal accent near the camera. The only new spec addition is device model number is XT1542 and currently running Android 5.1.1 Lollipop. 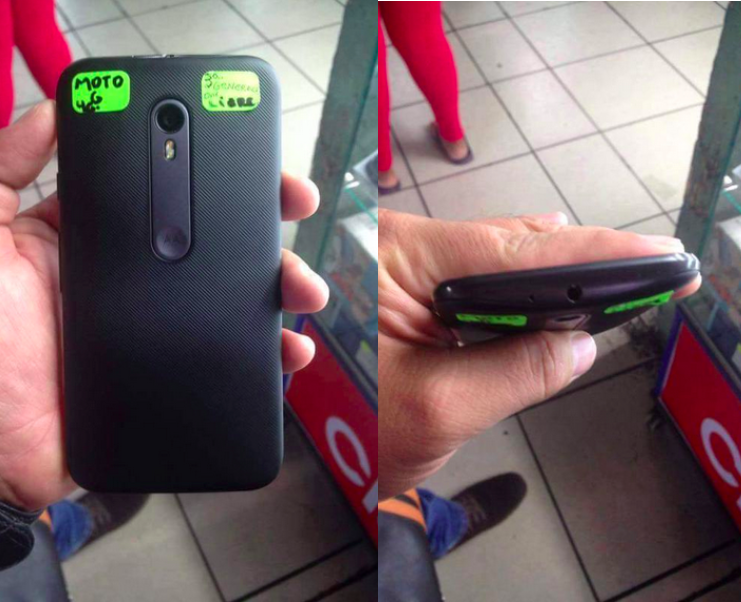