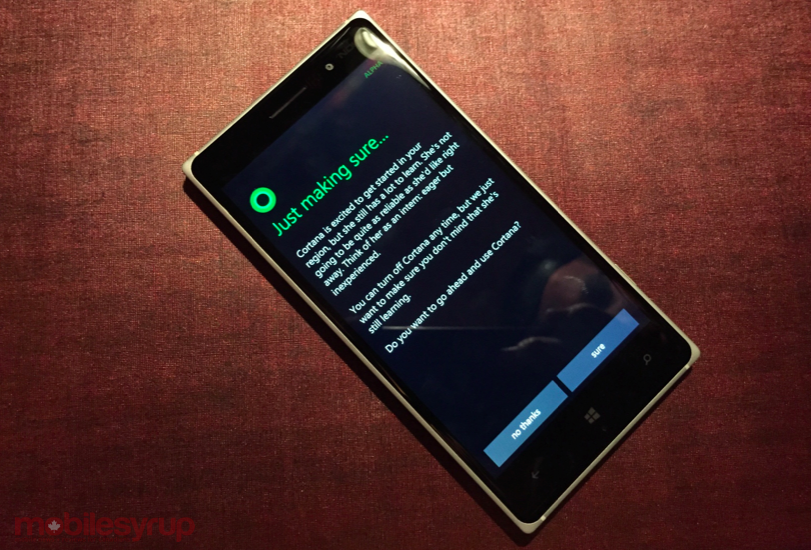 Microsoft announced today that Cortana is coming to Windows 10 customers later this year. Those signed up for the Windows Insider Program will be the first to receive it, with the rest of the Windows 10 user base getting the functionality once all the bugs are worked out.

While Cortana is already available in Alpha on Windows Phone 8 devices, it’s not currently usable on Windows 10, which is rolling out worldwide on July 29th. English-speaking Canadians will have to wait a couple more months before they can legitimately access Cortana without altering regional settings, while French-speaking Canucks may have to wait until the end of the year.

According to Microsoft, Canadian Cortana will love hockey. Microsoft says that it goes into every country and talks to customers to find “little tidbits” for personalization.

With Cortana coming to Android and iOS, Canadians will have a lot more opportunity to use the intelligent assistant very soon.